BACK TO ALL NEWS
Currently reading: Inside the industry: car makers and retailers have a love-hate relationship
UP NEXT
Autocar magazine 3 March - on sale now

Inside the industry: car makers and retailers have a love-hate relationship

There's a saying that business without tension isn’t really business, the implication being that if you’re not fighting someone, capitalism is about to gobble you up for being too nice.

Just as well, then, that, even by the standards of the most dysfunctional families, the relationship between car makers and car retailers remains fraught – and is set to become unprecedentedly so in the coming months.

It’s all handshakes and smiles up front, of course, but behind the scenes, you typically find car makers resenting handing over margin to retailers whose service quality and attention to detail they question; and retailers irritable at the scale of investment they’re asked to make in sites and systems for seemingly paltry reward.

To date, both sides have always needed each other more than they have hated each other. Manufacturers may think they’re in the driving seat, controlling the supply of cars, but most don’t actually fancy running retail operations. The scale and costs involved are too huge and the complexities and wafer-thin margins make it precarious at times.

This is expected to change when technology advances to the point that we would all rather buy cars online, using dealerships merely to take test drives, to collect cars and for servicing cars. 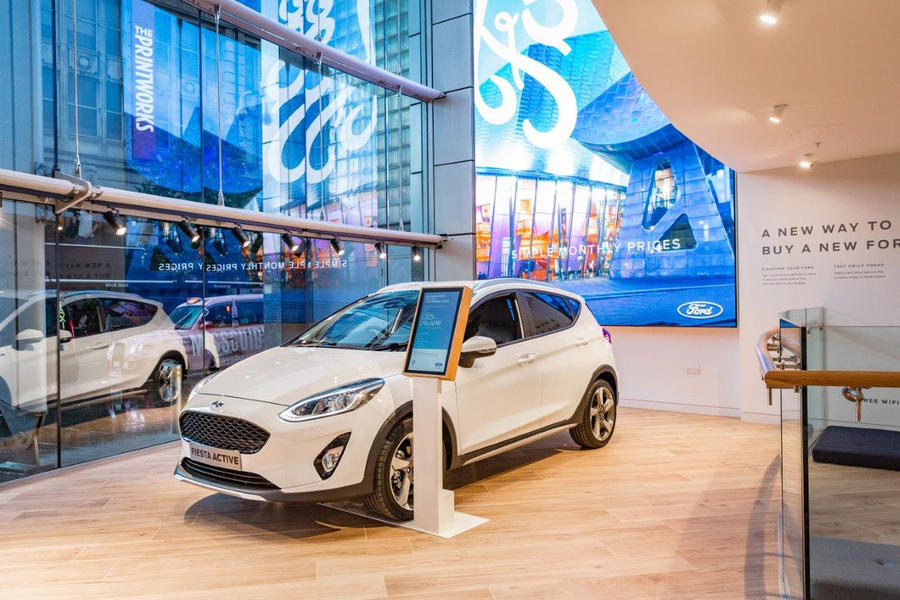 People crave simplicity, and today’s car-buying journey lacks that. With the knock-on prospect of no more haggling (because the online price would be the only price), it’s a future that car makers are eager to embrace and which Tesla is already showing the benefits of, albeit with relatively tiny numbers of desirable cars.

To date, we’ve only seen the water tested. Hyundai got in there early, opening showrooms in shopping malls. Then Volvo launched its XC90 online. Ford put a showroom in a Next shop. Volkswagen is now handling EV sales itself. And others have followed suit, with the online showrooms launched during lockdown being less the results of quick thinking and more of long-term plans being accelerated.

These changes may not end the retail model just yet, but they do shift the balance of power. If it keeps going this way, the conclusion will be uncomfortable for those making their living in retail, fundamentally shifting their role and influence.

Do they embrace change and accept lesser terms? Nobody, surely, signs their own death warrant. Do they hold firm, confident in their value? That feels like a game of brinkmanship they may not win. So do they give a little in order to prove their value? Maybe they have to – but not without a fight first.

Ford, having taken direct ownership into their TrustFord several dealerships, found out how difficult they are to run profitably, selling off three NW main dealers to S African company Motus (Pentagon) and three in the SE to Gates. While the the push on PCP can take out that key dealership role of offering the crucial "trade in price", the handed in PCP still needs inspecting for costing the inevitable repairs. And where does the disappointed buyer take that 5.0L Mustang with the failed Getrag manual gearbox for repairs, not the sole remaining Ford of Britain property, the Dunton (Essex) "campus",  surely?

I dont think the business model is dead yet

Frankly, stocking/selling new cars makes very little money for a dealership (other than in a few rarified exotic scenarios).

Receiving a handling fee for handing over a car to a customer is probably a  godsend.

However I doubt that Manufacyurers would be able to convince Dealer Groups to spend millions on the flashy premises they currently demand.

Aftersales on EV's may well be less profitable, although running gear  (brakes, bearings, bushes etc) will still need the same attention, but the used car market, which is two and a half times the size of the new car market, is where the profit lies. Plus of course parts sales which will include ICE parts for a long time to come.

It is true that some Brands aftersales networks leave much to be desired, but frankly, in most cases this can be traced down to poor quality/unreliable product with poor manufacturer support of the network. Dealerships depend on relationships/loyalty from their customer base, so it is not in their interests to alienate people. This then brings up the other thorny issue of who 'owns' the customer relationship.....good luck with that one!

I have long believed that Dealers should represent multiple franchises and that aftersales should be split-off to a 'grey-box' on an industrial site where the asset can be sweated with two or  even three  8 hour shifts - rather than just adding ever more bays, and without the constraints of expensive corporate ID.

Manufacturers will never want to get involved in the used car market....it is nit what they are in business for, and wont be able to afford the stocking costs either.

So, we are heading into EV only in about twelve years, no more ICE Cars built after that year, this more or less would make showrooms busier but with, as mooted here, fixed price cars, and how much servicing would an Ev need?, would servicing get cheaper?, until recently my Wife and I did too many miles to make EV viable, now though, I might be persuaded to buy a small, medium car for local driving, and who knows if the charging infrastructure gets their collective gears in gear, I might buy in another.