BACK TO ALL NEWS
Currently reading: Brexit, falling sales, diesel: how car bosses will tackle 2018's problems
UP NEXT
Sorry, wrong number: the forgotten problem of car clocking

Will this be a happy new year for the car industry in the UK or are its leaders worried about Brexit, new legislation and technology shifts?
Open gallery
Close

We've asked some of the biggest players in the UK car industry on their thoughts from 2017 and what they expect from the year ahead.

What was the biggest challenge of 2017?

"Volumes are down across the industry and consumer confidence has taken a knock so we’re now having to work much harder for every sales and aftersales opportunity." 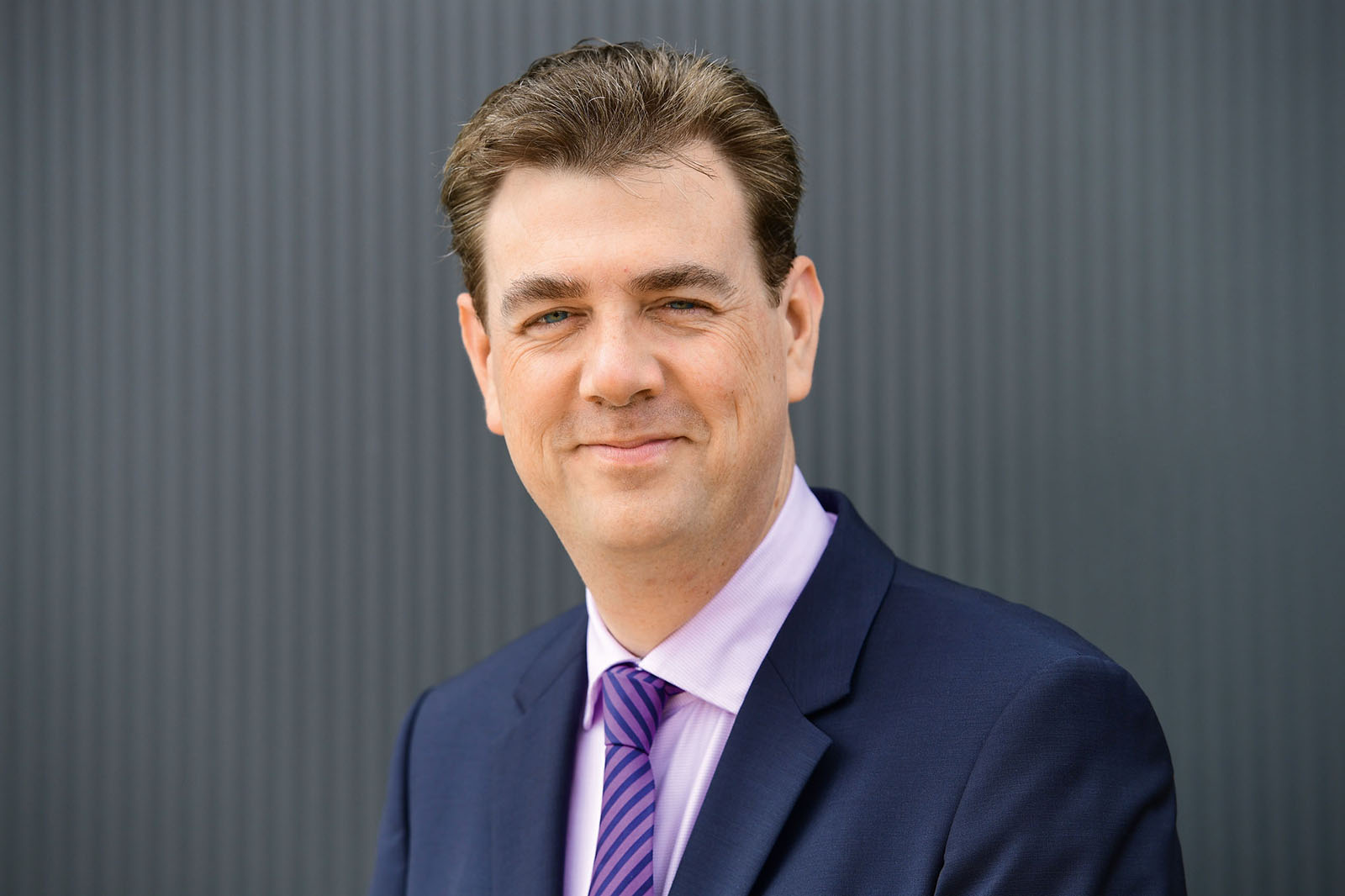 "Matching our new vehicle range and supply to where customers and legislators are heading." 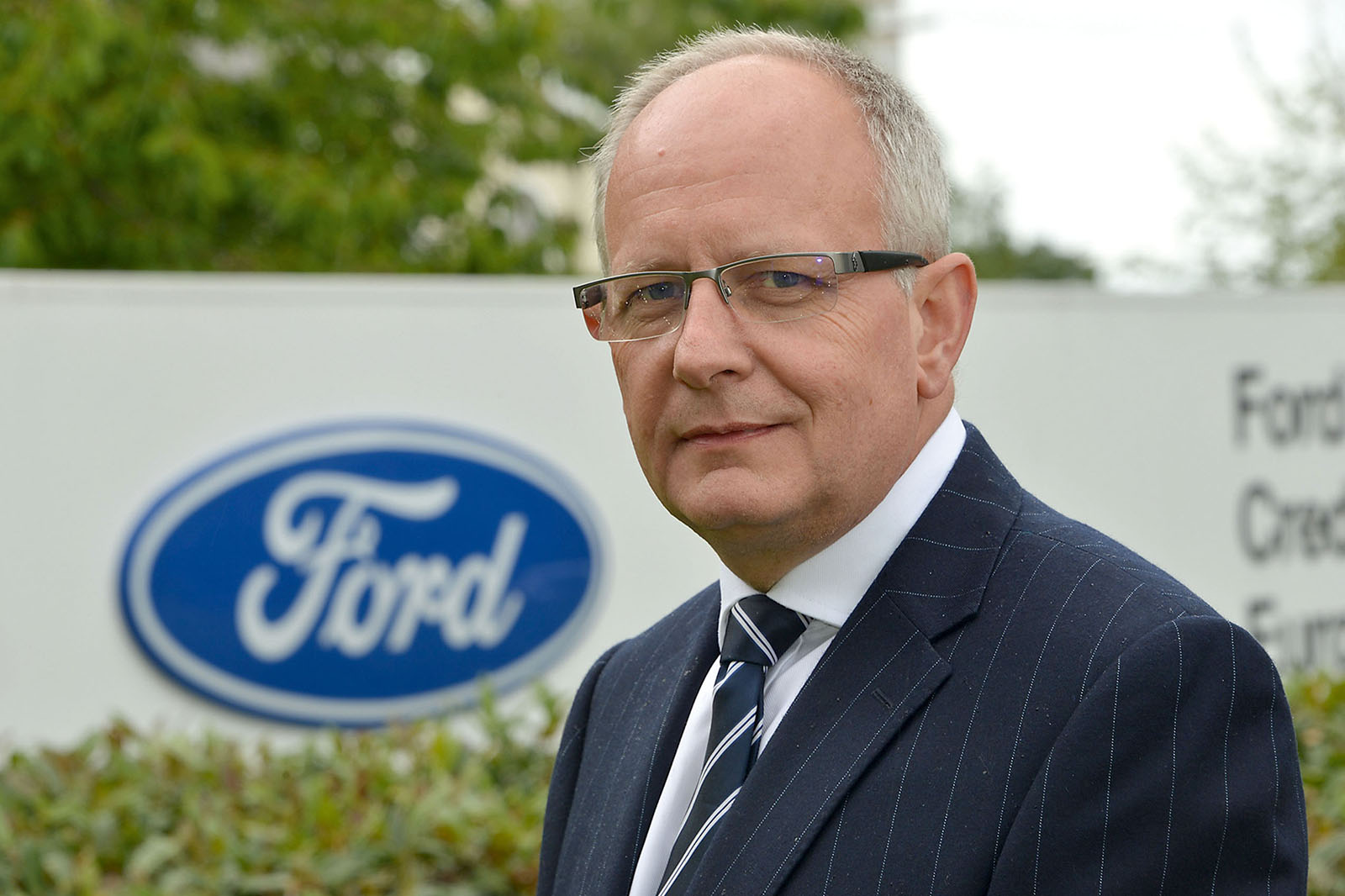 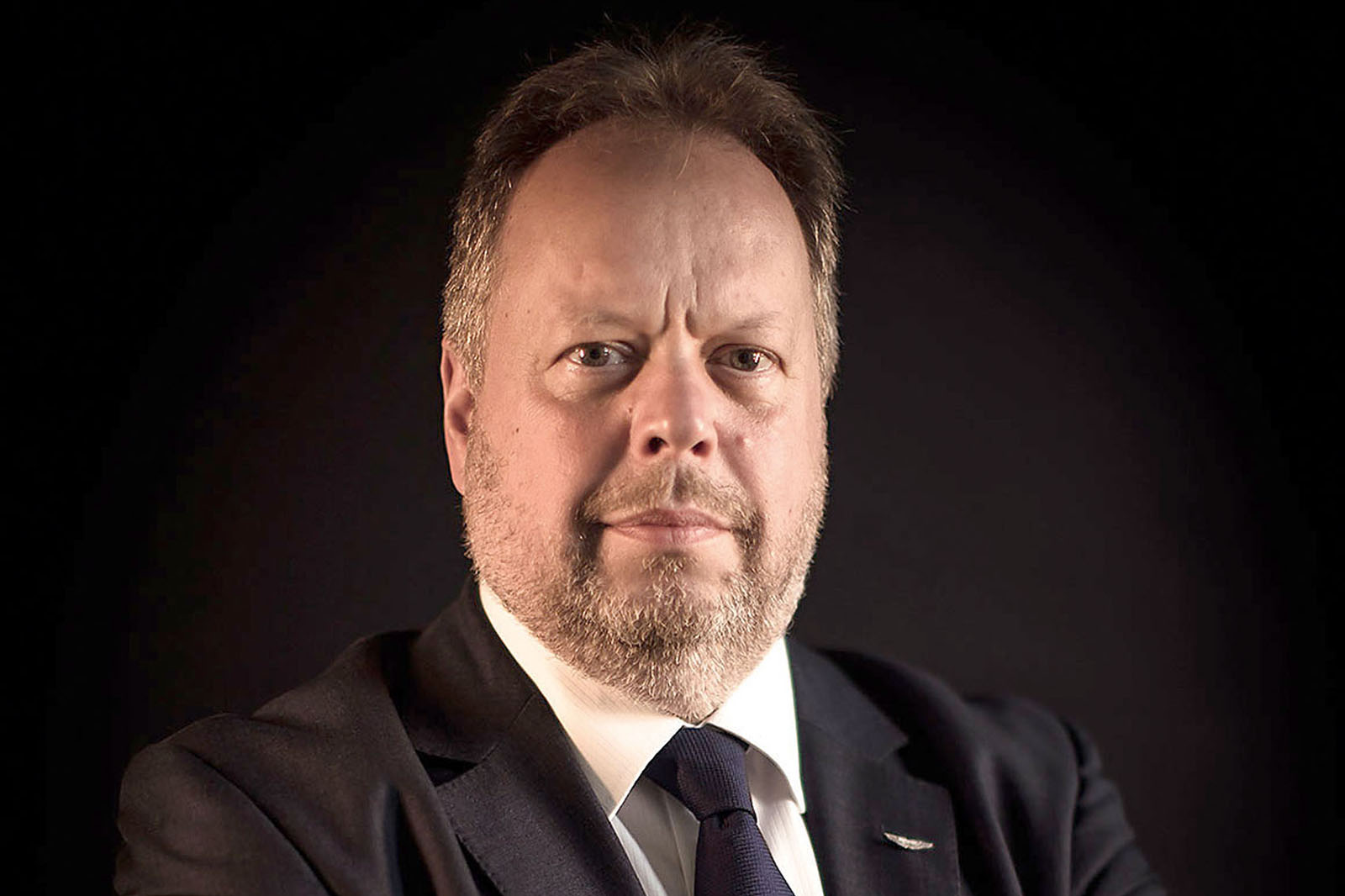 "A reduction in consumer confidence, combined with the misinformation around diesel." 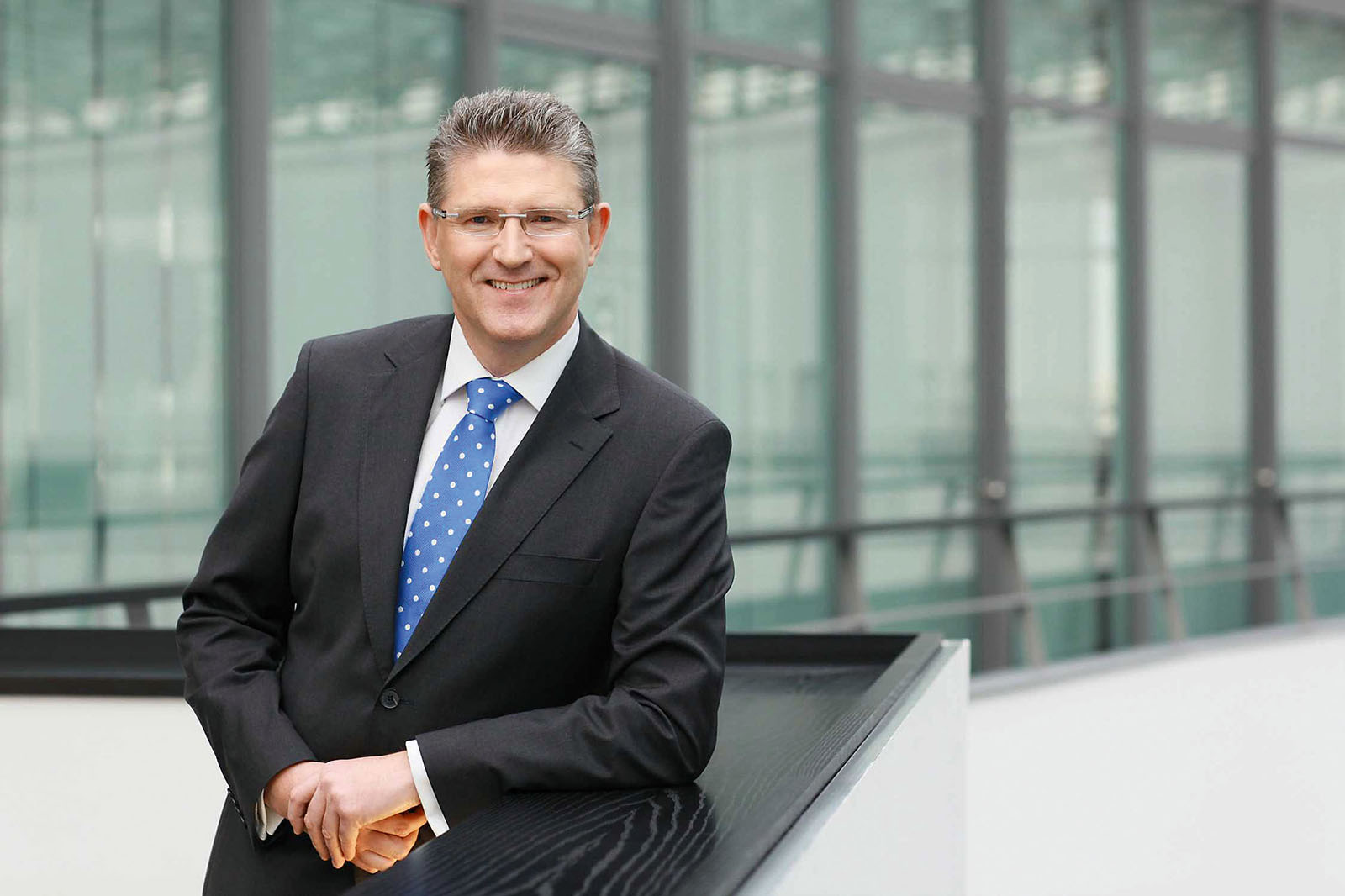 "At a technical level, it is always a challenge to add lightness to our already lightweight sports cars." 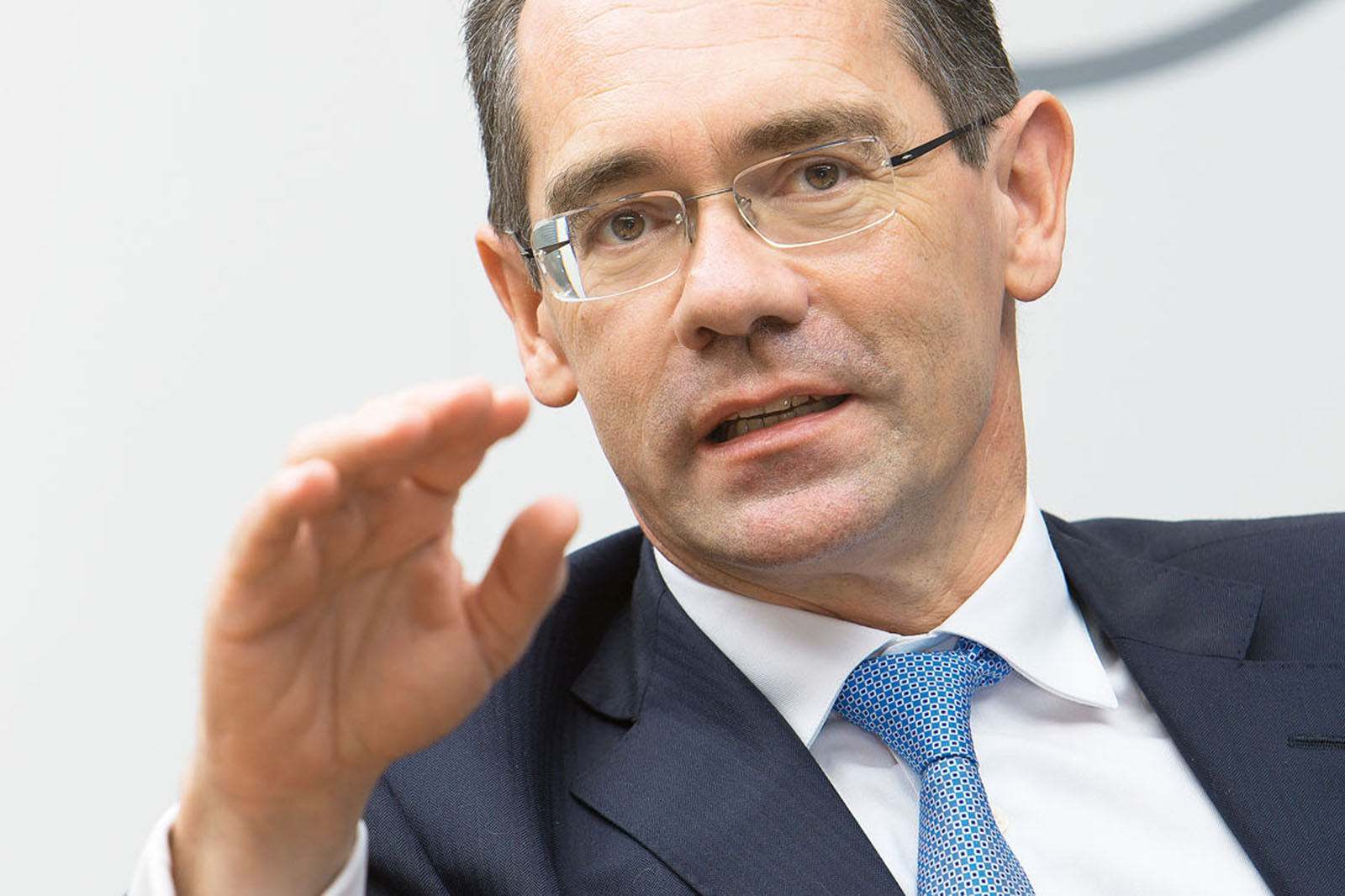 "The unfair demonisation of diesel by the media and campaigners had a huge impact on our industry in 2017." 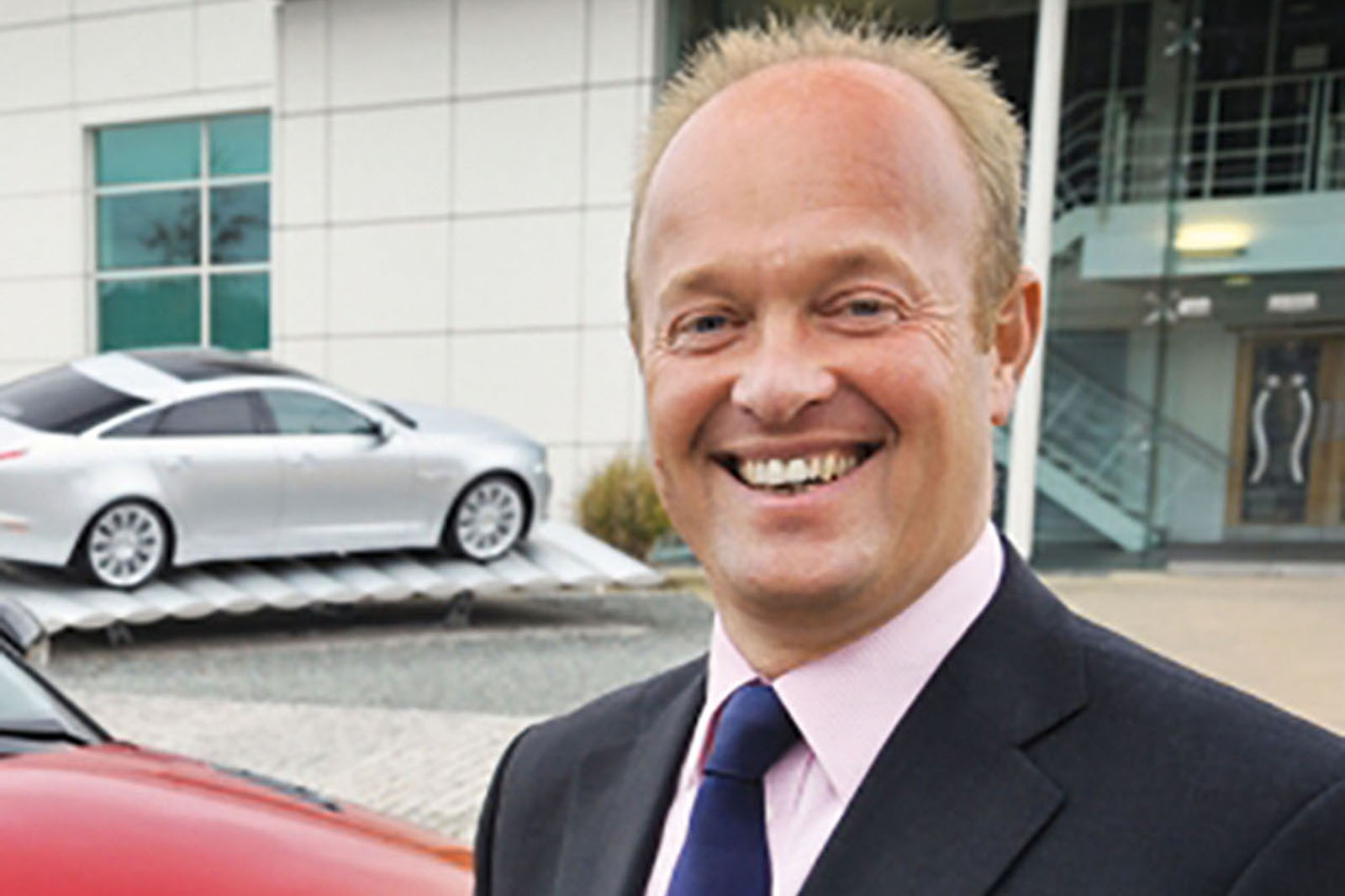 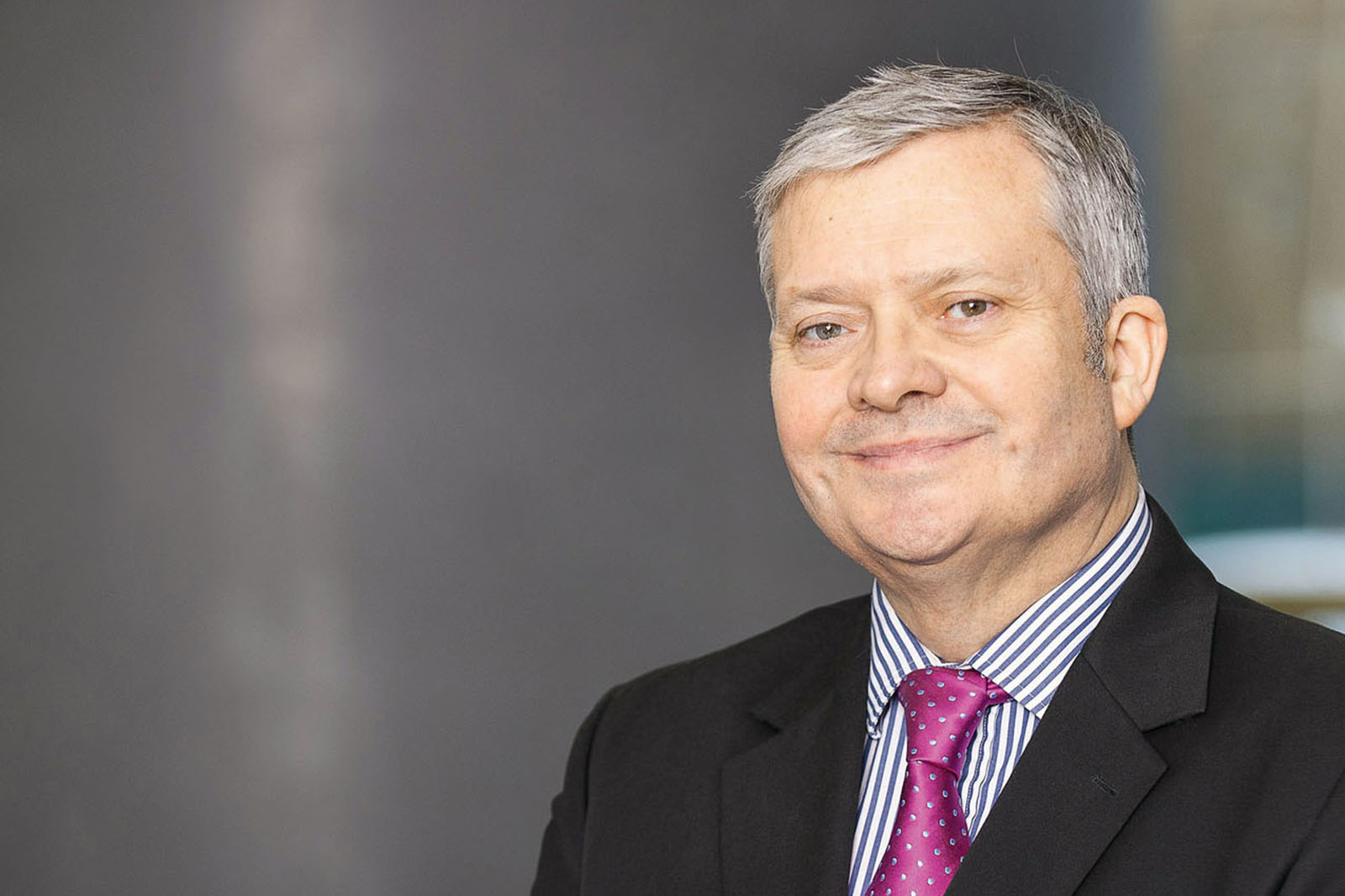 What are the biggest challenges for 2018 and beyond?

"Maintaining our leadership of the electric vehicle market. EV volumes will grow massively over the next couple of years and our rivals will be fighting hard to take our number one position."

"The Brexit deadline of 29 March 2019 has been set and is the biggest external headwind we face in our European business."

"I think the biggest challenges will come from factors out of our control... Brexit, consumer confidence, legislation changes in China."

"I remain very optimistic about the coming years. New technology is driving the transformation and we are well placed to bring this to market in the wide range of new models we will launch this year and beyond."

"Clearly, there are new regulations and technologies ahead and we are in a much better position to embrace and adopt under [Lotus owner] Geely. A challenge for the automotive industry is always an opportunity for Lotus." 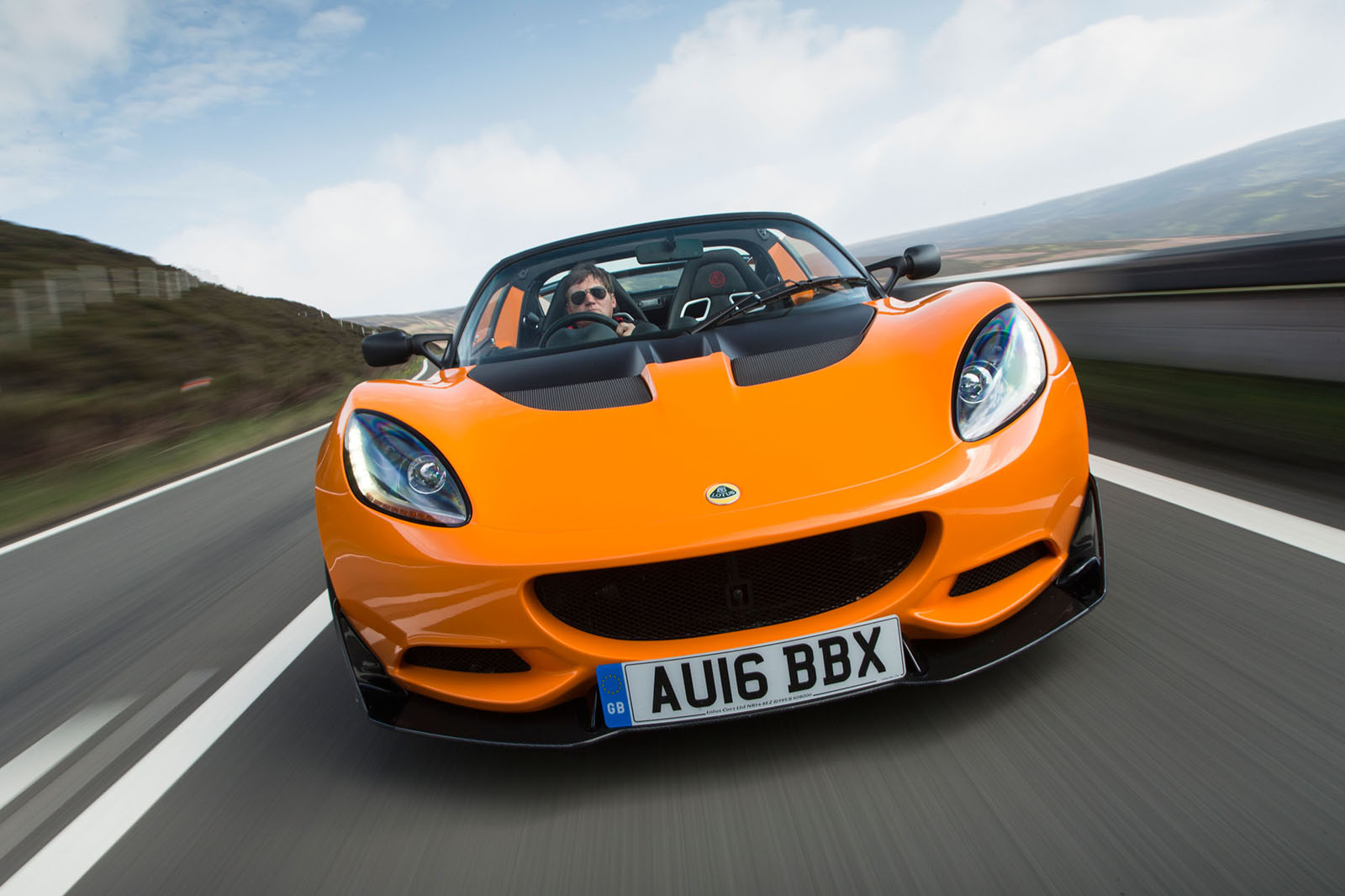 "Continued uncertainty in the marketplace caused by the government’s ongoing Brexit negotiations and consumer confusion around modern diesel technology."

"Increasing competition and adapting to the changing ways in which the car will be owned and used."

Are you more worried about Brexit now than you were at the end of 2016?

"Nissan continues to work with the UK government to ensure the company’s long-term success and investment in the UK."

"More worried, as we don’t yet have clarification on the UK’s transition out of the EU nor our [final] deal with Brussels."

"In recent weeks, we have finally seen a coming together of the macro discussions between the EU and the UK, and that should give rise to the trade discussions."

"The continued uncertainty is a frustration and makes it difficult to plan. As a company, we have made out position on Brexit well known. "

"We are planning our business for a number of Brexit eventualities, but most importantly we wish for a soft landing."

"Once we have certainty about the terms of the Brexit deal, then we can get really excited about the future."

"My job is not to worry about things I cannot change but to run a successful business... I want frictionless trade and we must be confident that this goal will be achieved." 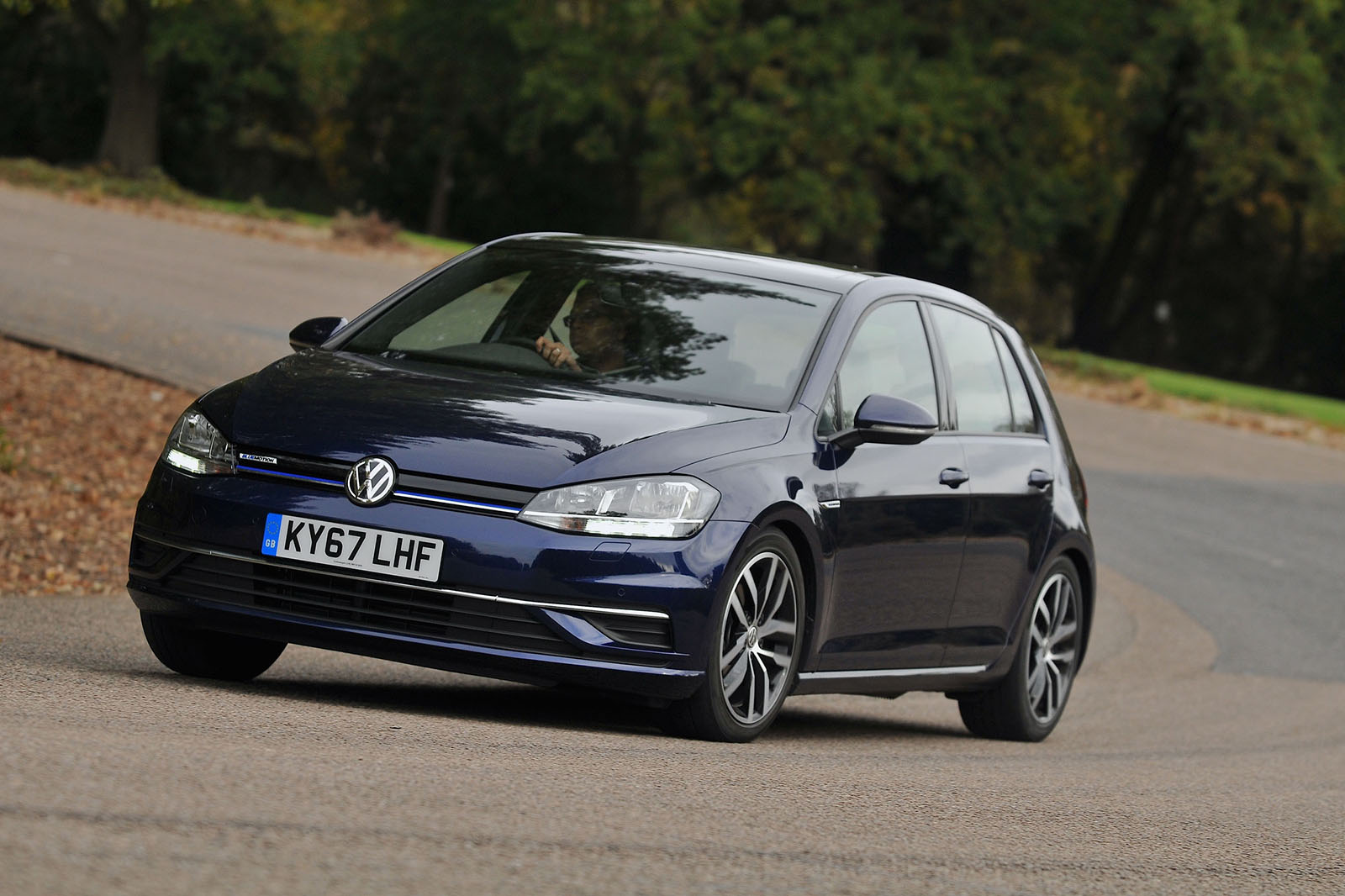 "We have to be smarter in the way we operate, but with challenges also come opportunities."

"Ford of Britain has 15 new products across its car and van ranges this year... full of opportunities for a national sales company to attract more customers!"

"Generally speaking, 2017 was a good year, but you have to look at the pressures coming in for 2018 – whether that be Brexit or other volatility around the world." 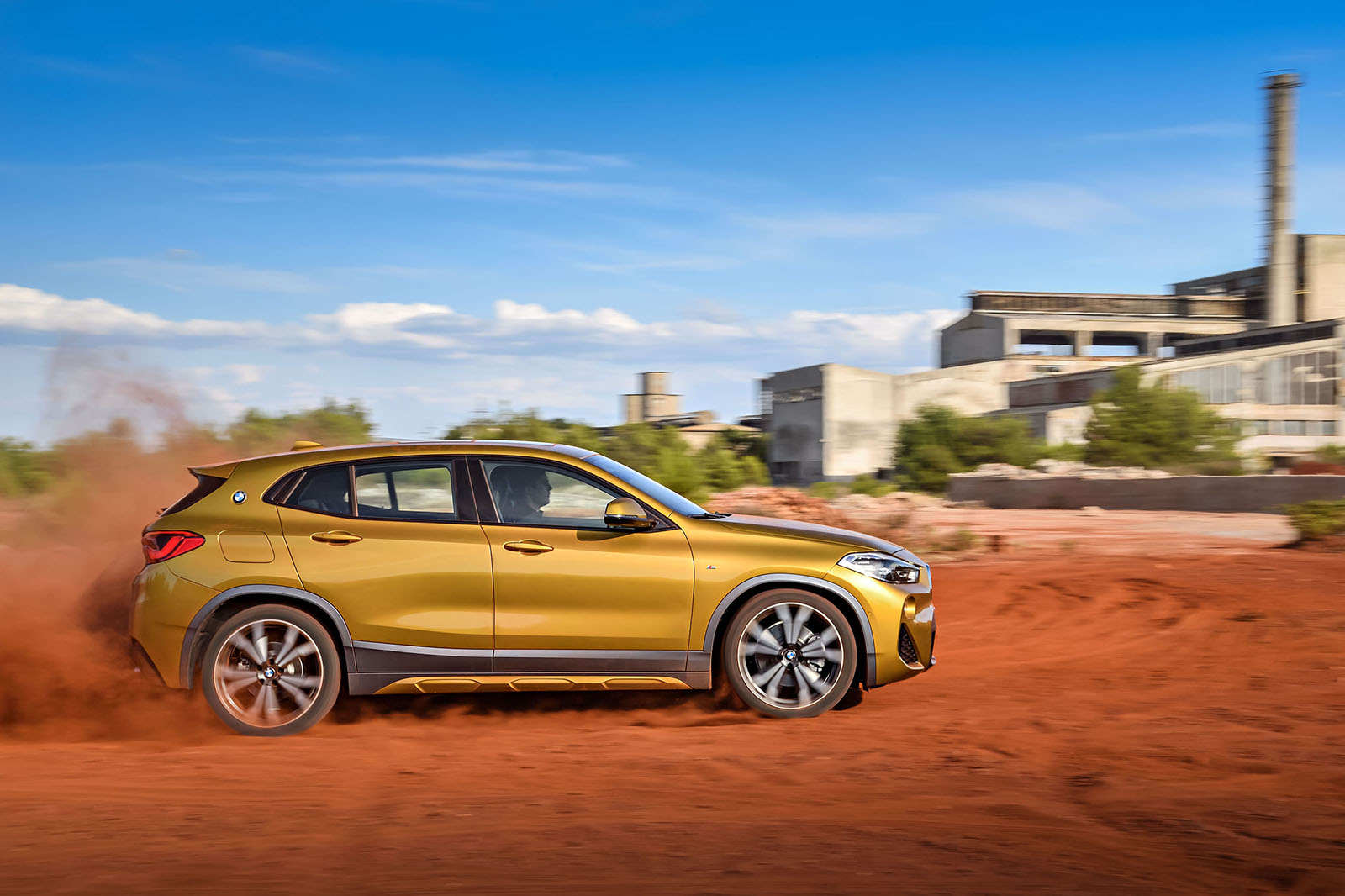 "This year will be more exciting and definitely not tougher for Lotus."

"We will have more exciting products to offer UK buyers than ever. Yes, we need clarity on Brexit but we still have strong economic fundamentals. "

"We have planned for a tougher year commercially in 2018."

What do you see as more important: autonomy or electrification?

"Nissan has a strong plan and product offering in both of these areas but neither is more important than the other."

"Further electrification is imminent, so its adoption and use with supporting infrastructure is more important in the short term."

"Between these two, it has to be electrification."

"Both are important. Electrification is with us now and will become a mainstream powertrain choice in the short to medium term... Low-level autonomy will spread in coming years but full autonomy is a long way off."

"If the market and legislation head towards one or other or both of these directions – which is likely - we will be ready with a Lotus solution."

"Electrification is here today and is a priority for JLR. Autonomy is well on the way and JLR is working intensively in this area. "

"Both will be part of out future, with electrification affecting more people faster and sooner."

The winners and losers in 2017's UK car market

What's put me off buying a new car is the disgraceful price rises in recent months. Every new model launch, or sometimes even just a light refresh, is accompanied by a huge price hike over the previous model now......as well as regular, frequent increments.

I also refuse to be suckered into a misleading finance deals either - i.e. "look at this low monthly figure" whilst hiding the not one, but two, lump sums to be paid before and after the monthly payments are finished, and the ridiculously high bottom-line list price!

That's why less people are buying new cars now you greedy, any excuse (such as BREXIT) blaming,  car manufacturers!

As the Century unfolds Cars are going to change radically,obvious you say, well, yes, less moving parts, no repairing just replacing, Cars will be the new ‘White goods’ so no really choice other than White, your choice of interior and what of new tech?, will there be new tech needed..?, all these factioids point to less People needed to produce a Car to produce parts,Car makers are going to have find a unique USP to get the sales, also, the knock on effect is there might be no need say in fifty years for Garages to have mechanics, maybe Cars will be fixed remotely...?, you know, your Car will be connected and any updates or detected faults will be fixed without needing to go in and waste time sitting waiting drinking aweful Coffee or Tea!, no Car makers better start thinking....

Nissan are looking forward and seem to acknowledge that there is major disruption just around the corner. EV battery costs are dropping so fast that this must make a major impact in the next few years.

Unfortunately some others, notably JLR, are looking backwards a bit too much. I hope they don’t repeat mistakes from the history of the UK Motor industry in the 1960s and 70s - i.e. complacently refusing to adapt to new threats. The SMMT seem to have a similar position of inertia. That could be damaging.