BACK TO ALL NEWS
Currently reading: Analysis: Are car sales bouncing back?
UP NEXT
Lamborghini boss details 2023 super-hybrid and new models

It’s now just over a month since car dealerships in England were allowed to reopen, and while it’s too early to draw definitive conclusions, sales patterns are starting to appear. Here we investigate the most pertinent trends emerging in the car industry’s new normal.

Emphatically, yes – although the used and nearly new car market is in far ruder health than the new car market, boosted by stock being immediately available rather than at the end of an indeterminable waiting list, subject to factories reopening and the speed at which they can build cars while observing social distancing protocols.

Already, though, it’s fair to say that opening dealerships was a catalyst in shifting fortunes for the car industry from rock bottom, with many of the big retail groups reporting sales activity that was up, year on year, throughout the month.

However, there are ongoing concerns regarding the pace at which new car registrations are picking up – a process that inevitably takes time due to stock limitations and lead times – and over how long the pent-up demand will last.

At present, data from our sibling website whatcar.com – which is polling more than 6000 would-be buyers every week – suggests there is a pipeline of interest that stretches well beyond this autumn. 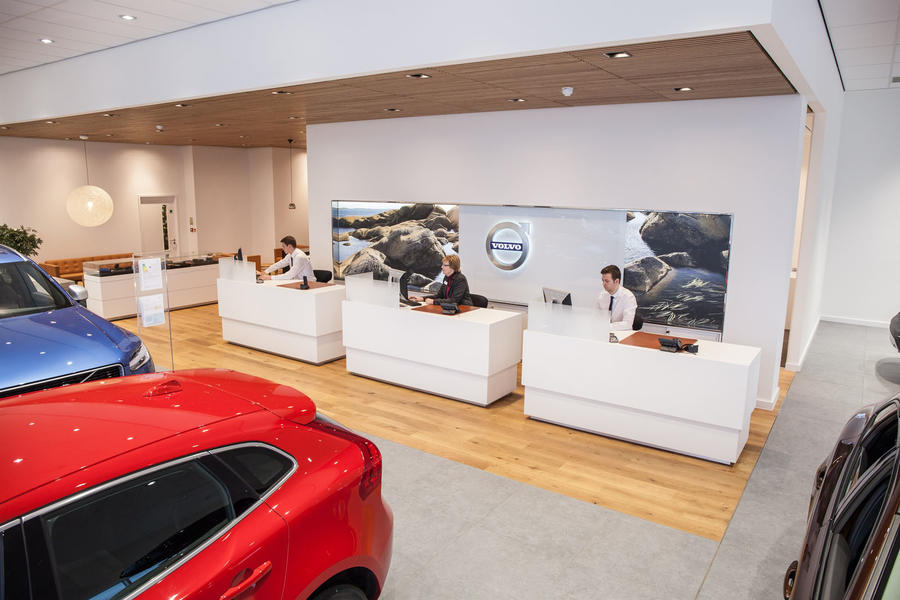 There is still no consistent picture of what is happening to new car discounting post-lockdown – largely because the aforementioned pent-up demand is ongoing, and we will only see the whites of the eyes of manufacturers and retailers when demand slumps.

What Car?’s Target Price data – which reflects the price its mystery shoppers can achieve as a fair price across the country – has highlighted some manufacturers that have increased discounts since the end of lockdown, but few by much.

The top 12, in descending order, are Volvo, Volkswagen, Mercedes, Skoda, Mazda, Jaguar, Renault, Vauxhall, Hyundai, Peugeot, Citroën and Mitsubishi, with percentage increases ranging from double digits to less than 1% across the range of that list. Others, in contrast, are standing firm, largely looking to maximise profits from what stock they can get their hands on. 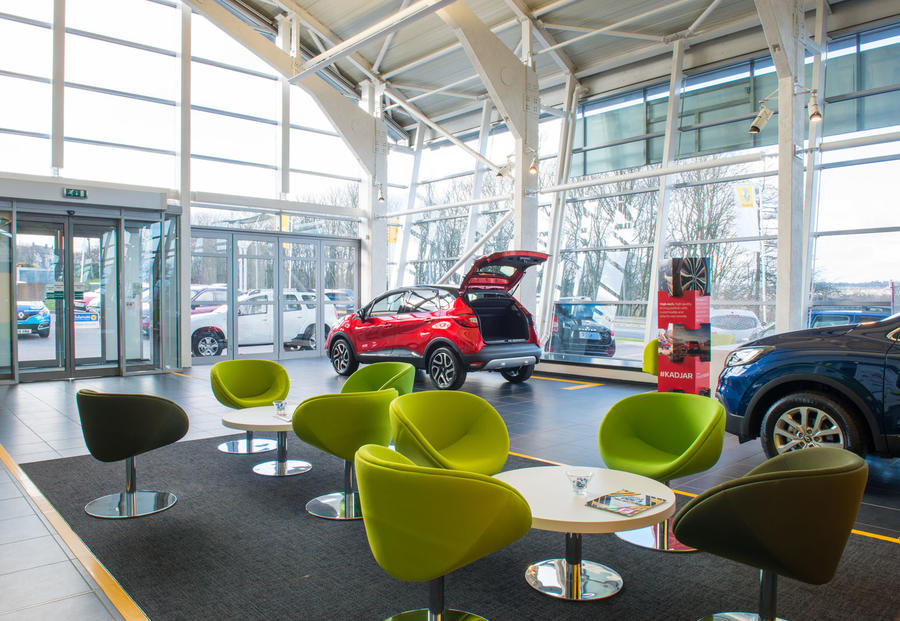 What about used car prices?

High demand and low supply – with auctions and trade-ins, as well as the cycle of lease returns, all having ceased in lockdown – has given some comfort to dealers who have had to sit on what would normally have been depreciating stock during lockdown.

The biggest risers are cars at the older, cheaper end of the market, boosted by buyers’ eagerness to avoid public transport. Cap HPI data suggests that some models have enjoyed price boosts of more than 20% from March until now.

At the newer, high end of the market, prices are more dependent on the desirability of the car, but there is still strong evidence of values holding firm for now, with Car Dealer Magazine even reporting Big Motoring World dealership boss Peter Waddell as saying that he could be in line for his “best-ever June”.

What’s clear is that consumer intent has shifted – although it’s too early to say if this is being realised in retailers. As head of the Volkswagen Group in the UK, Alex Smith has a better overview of the market than most, but he’s cautious about being drawn on predicting trends based on four weeks of sales during the most turbulent period of his career. “We take it day by day,” he says when quizzed on changing tastes.

There is also evidence of a growing shift between those confident in their financial position and those less so: around a fifth of buyers are telling What Car? they now intend to spend more on their car than they did pre-lockdown and a similar number saying they intend to spend less. For those confident of employment, with low living costs and looking at low interest rates, the upside to the pandemic could well be a flashier new car. 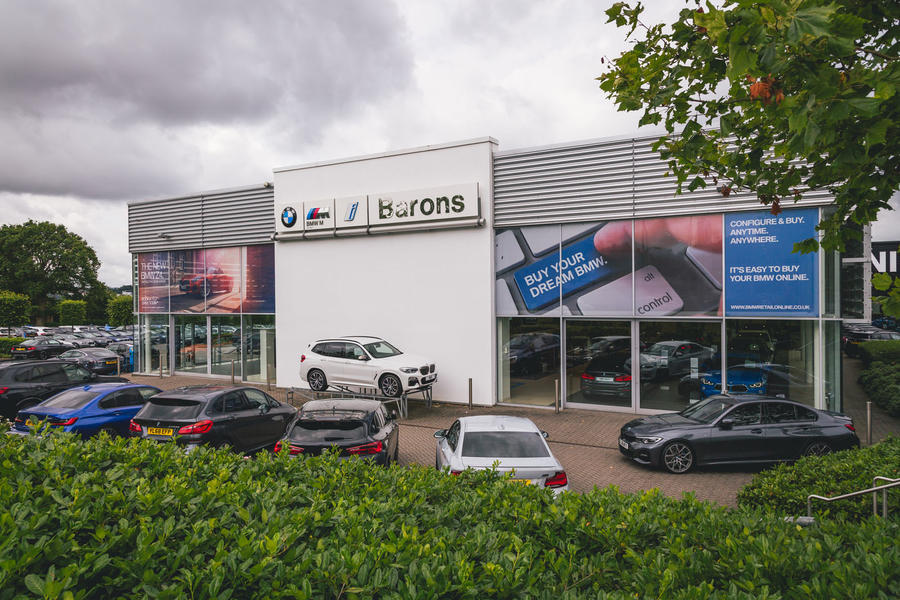 Will there be a scrappage scheme?

A month ago, it seemed near certain that some sort of stimulus package would be introduced, with details being leaked to the press to test the waters, but the rhetoric coming out of the government has shifted dramatically over that period.

In a statement to Autocar, the Department for Business, Energy & Industrial Strategy highlighted its existing environmental incentives and said: “We have no current plans to change the existing incentives or to introduce a scrappage scheme.”

Contrary though it may seem, even that statement may provide some boost for car sales: What Car?’s polling suggests 29% of buyers were holding off in anticipation of a scrappage scheme. Knowing it is unlikely may push them to purchase anyway, rather than delaying in the hope of a better deal.

Of course, that statement also leaves wriggle room to change tack again, and there are alternatives to scrappage, including proposals for cars to be among purchases considered for a VAT cut.

However, with the aviation, hospitality and other retail industries in deeper trouble, and car retailers having already been given a head start in getting back to work, it seems more likely that decision makers will keep a watching brief. They will have a particularly close eye on France’s £7 billion automotive plan, including a near £12,000 EV incentive for buyers, which has pushed car sales there back within normal levels less than a month after being introduced. 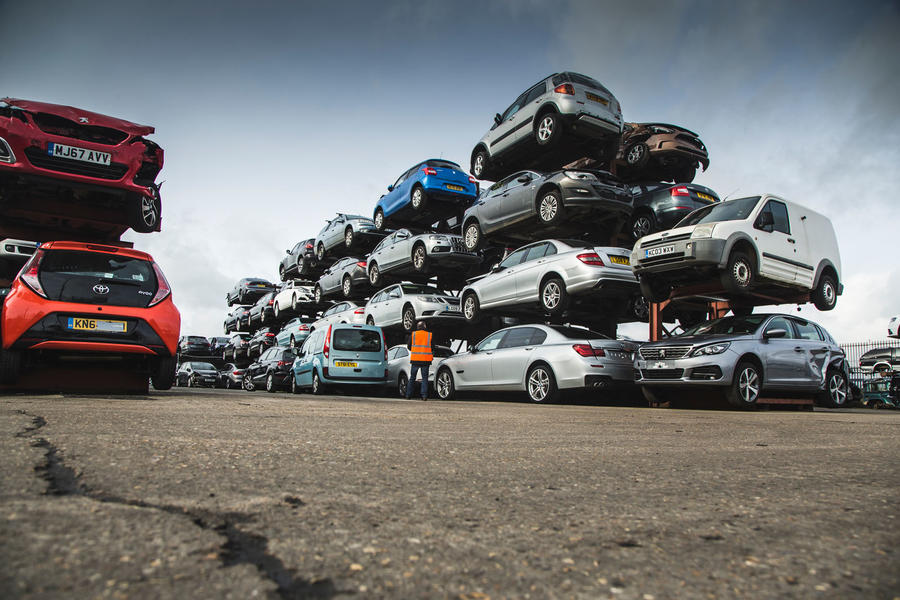 Most predict the full impact of the coronavirus won’t start to unfold until September, but the truth is that nobody knows. Until then, the industry remains on tenterhooks, largely assuming that at some point a crash will become a reality as furlough unwinds and mass redundancies become necessary.

Optimists point to the fact that those in employment will continue to be well insulated, while pessimists say the scale of the predicted job losses will be too great not to drag the economy down. For now, Society of Motor Manufacturers and Traders data, based on manufacturer predictions, suggests a 25% year-on-year fall in the market – disastrous if not catastrophic figures ahead of potential disruptions from Brexit.

This article proves quite

This article proves quite nicely that if any sector needs additional taxpayer help the automotive one is a long way from the top of the list. If they can't produce them quickly enough to meet demand that's not a bad position to be in.

...but only from stock.  I was contacted by my VW dealer 3 weeks ago as I had a Golf that was into the final year of a PCP deal suggesting we have a discussion about changing it ealry (using the current VW Event promotion).  Went in and ended up walking out with a new Golf 8.  The salesperson was saying that since they reopened the flood of equiries has been unlike anything she has experiened in 22 years of working for the dealership.  Issue they have is that they can only really sell new cars that are already built.  Placing a factory order is a step into the unknown whne it comes to delivery times.  She thinks they are likely to run out of available new cars by August. They are also very short of good secondhand cars as they have had no part exchanges and the auction houses have also been closed.

Her experience was backed up by a friend of mine looking to buy an M4 Competition.  Went to see one at a dealer and expressed an interest only to get a call when he got home to say it had been sold and another in group stock had also gone.

Par tof the issue at the moment is that there a lot of cars that either came to the end of their PCP or Lease term in the March to June timeframe and these all need to be replaced so there i a lot of pet up demand int he system.  What will happen towards the end of the year may of course be a differet story

The new car market was

The new car market was generally in slow decline before Covid19. I don't see that changing after it, particularly with the predicted unemployment levels.

There are always millions of used cars lying round on dealers forecourts and online, with lots of life left in them, so why buy new.

Still, Autocar doing its best to promote its sponsors, as always.