Local concerns may hamper progress on the EV firm's German factory, although officially it remains on track
Open gallery
Close

Tesla’s planned German battery factory will eventually be "the largest in the world", CEO Elon Musk told the recent European Battery Conference in Germany, but local media reports say its construction is running into significant opposition from locals and environmental campaigners.

The hold-ups come at the same time as Tesla’s market share in a booming European EV market is faltering. According to a 12-month rolling sales report by EV analyst Matthias Schmidt, Tesla Europe sales flattened off in 2020, before being overtaken from the autumn by the Volkswagen brand in the wake of the launch of Tesla again hints at compact EV hatchback to rival the ID 3 EV.

Dubbed the ‘Gigafactory’, the new Tesla battery plant - located 20 miles outside Berlin - will be built alongside a new production line that will be turning out the Model Y, and likely further models to come, from next year. Musk says the production plant should initially reach an annual output of 500,000 units once fully ramped up. 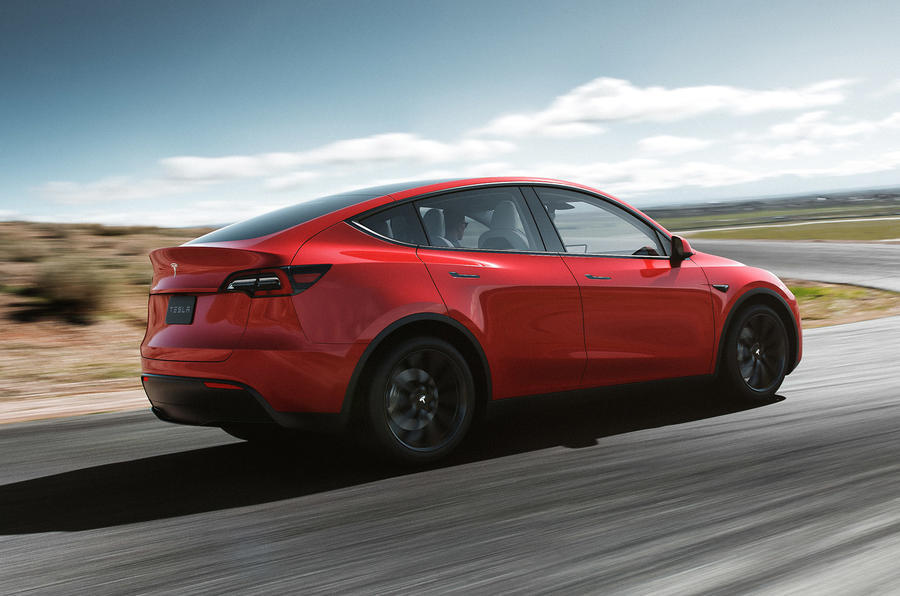 Although work on the production line buildings at Grünheid has progressed at great speed, Tesla is facing problems getting permission to push on with the battery production plant itself.

According to local press reports, after around 300 hectares of pine trees were cleared for the site, local opposition is now centred on the likely water consumption of both the battery production facility and the paint plant.

In the meantime, Tesla has begun exporting Chinese-made Model 3s to Europe. These cars are fitted with LFP batteries (lithium iron phosphate), which are said to be significantly cheaper than the NMC nickel-manganese-cobalt batteries used in US Teslas and contributed to Chinese retail prices of the car falling by around 10%.

However, multiple sources cite homologation details for the Chinese-made Model 3 that revealed the cheaper batteries are also a significant 200kg heavier than the NMC units. The upshot is the vehicle’s overall carrying capacity has been reduced to around 300kg, according to claims on the financial investment site Seeking Alpha.

Log in or register to post comments
MikeeG 30 November 2020
More Autocar anti EV tripe. It can't be done say the oil companies and manufacturers with no EVs. We'll actually it can and no it won't be extended. Shell and BP know they have to back EV charging where are the rest going. Esso and the others? Maybe supermarkets will shape it again?
jagdavey 26 November 2020

Should have gone to Swindon!!!!! With all the agro & red tape of building cars in highly regulated Germany, why didn't "Musky" simply take over the "oven ready" option of the vacant Honda Swindon factory?? How much did Tesla get from the German government to invest in high cost Germany? Living & working in Germany is not a paradise. Work places are heavily unionised to such an extent than a union member sits on the board of directors.

This article is backwards The headline should be: "How will European automakers compete with Tesla, which is 10 years ahead?" The ongoing VW ID3 software problems are a case in point.  The latest EVs are predominantly about software, something that traditional car manufacturers, and fossilised automotive journalists, clearly know little about. The reason that Tesla is so valuable on the stockmarket, is because investors are pricing in their prediction that Tesla will in future dominate in many automotive markets.  The minor and normal business challenges mentioned in this article are just bumps in the road. It would pay Autocar well to focus on new companies like Rivian, Arrival, Lucid and others, instead of looking backwards into the 20th Century.  Better still, read some of the latest reports that look into the future of the transport sector.  If you think Tesla has upset the cosy world of European car making, there could be much bigger changes coming.  BP and Shell aren't lobbying for a 2030 end to internal combustion without good reason.

The Shell comment is on LinkedIn: "The information was disclosed on the LinkedIn network by the director of operations for the oil company Royal Dutch Shell, Sinead Lynch, who believes that the United Kingdom may stop the sale of combustion vehicles within 10 years, in order to eliminate all emissions pollutants until about 2050, saying that this can be achieved if the country promotes a “policy of adequate incentives”. "So who is Autocar kidding, if even Shell thinks internal combustion is dead?