BACK TO ALL NEWS
Currently reading: Analysis: why Kia UK is amped up for an EV future
UP NEXT
Aston Martin sues Swiss car dealer over Valkyrie deposits

In the immediate wake of the pandemic and with the government’s 2030 ban on the sale of new ICE-only cars fast approaching, 2021 has the potential to be a defining year for several brands in thie UK, but few more so than Kia.

The Korean manufacturer’s first bespoke EV, following on from electric derivatives of the ICE-powered Niro and Soul, is the headline-grabbing EV6 performance crossover.

Despite being capable of outpacing the Porsche Taycan 4S in its most potent GT form and offering a Jaguar I-Pace-beating range of 316 miles, it’s priced from a mere £40,895 – just £3350 more than its far less sporty Soul EV sibling.

Kia UK president and CEO Paul Philpott told Autocar that this is because the EV6 isn’t a “demonstrable push upmarket”; rather, it happily aligns with his open-minded approach to competition.

“We will sit against anyone,” he says, in reference to the fact that the diminutive Picanto city car will remain on sale alongside the EV6 GT, despite being some five times cheaper. 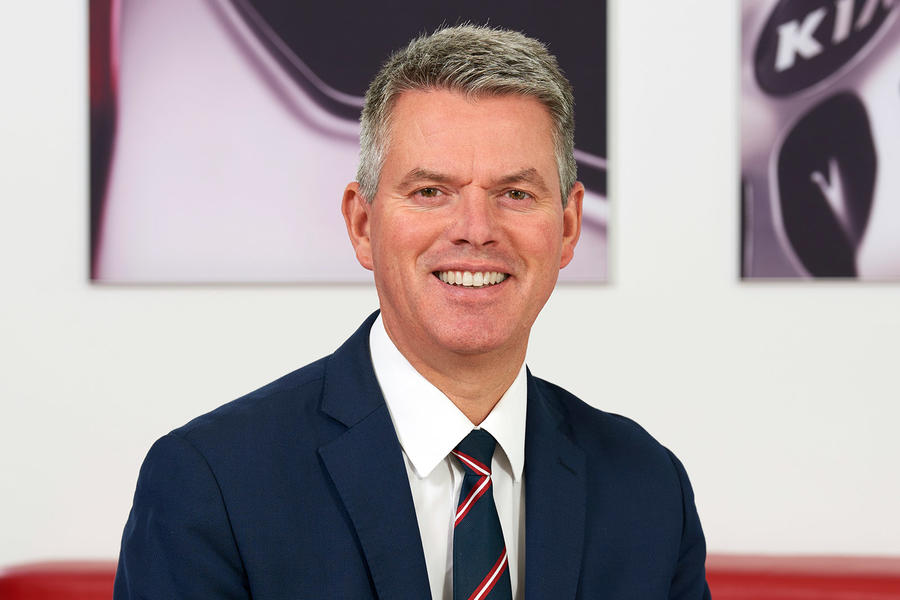 Maintaining a degree of polarity in Kia showrooms is instrumental to the brand’s enduring appeal to a wide variety of consumers.

Buyers coming in to view a basic Ceed are unlikely to be coaxed into the twice-as-expensive, top-rung Sorento parked beside it, but Philpott maintains that this diversity is inherent to Kia’s accessibility and reputation.

“We’re still a relatively new brand to the UK,” he says. “We’re 30 years old this year, whereas others have a 100-year history behind them. Awareness of Kia is still not as strong as it is of Ford or Mercedes-Benz, so we still have work to do.

“By being in more segments for more different customers allows us to increase awareness of Kia more quickly."

To illustrate his point, Philpott notes that his 80-year-old mother drives a Venga, while his 20-year-old niece drives a Picanto. “We’re not narrowing ourselves down into one segment,” he says. “We’re a volume brand for multiple different demographic segments.”

Kia’s current offering is one of the most varied among all mainstream manufacturers. Prices start at £11,000 for the Picanto (the third-cheapest car offered in the UK), rise to just over £25,000 for the Niro Hybrid and top out at £53,095 for the top-rung 4 version of the flagship Sorento PHEV.

By the end of next year, the EV6 GT will be offered from £58,295 – which, although significantly cheaper than the more overtly premium EVs to which it bears comparison, is a marked step up the pricing ladder for Kia.

Promisingly, all signs point to UK consumers being more than happy to consider range-topping Kias against their more established rivals. Some 50% of Sorento PHEVs, for example, are ordered in 4 trim, and it’s the same for the slightly cheaper Sorento Hybrid.

“In the end,” says Philpott, “it’s about ‘does it represent value for what you get as a product, and what you pay as monthly payment?’. That means you need to secure a strong residual value, which we’re doing with the Sorento, and customers are voting with their wallets. £58,295 for the GT version of the EV6 doesn’t scare me in terms of price.” 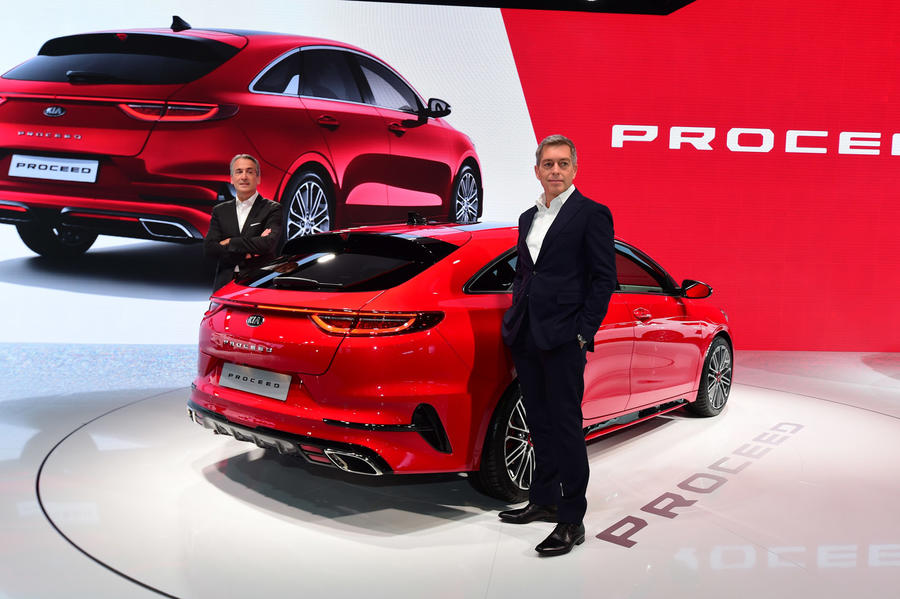 Lower down Kia’s EV line-up is the more accessible e-Niro, which, following the market introduction of the new 2 Long Range variant, remains eligible for the government’s reduced EV subsidy with its larger (64kWh) battery pack.

The lower-volume Soul EV crossover narrowly misses out on the grant, because its prices start at £37,545.

Philpott noted that several competitors soon cut the prices of affected EVs to ensure they remained under the threshold but said that “the customer won’t necessarily be better off.”

“People need to look at this in totality. If I had been consulted, I would have looked at something more graduated.”

The change means that, come the introduction of the EV6, just one of Kia’s three EVs will be eligible for the grant and only in its entry-level form. However, Philpott points to pleasing levels of pre-launch interest in the EV6 as an indication that the brand isn’t wholly dependent on financial incentives to create demand for its EVs.

In any case, Kia’s global electrification plans remain unhampered by the UK’s legislative alterations, and the company remains on track to introduce seven new bespoke EVs by 2026. 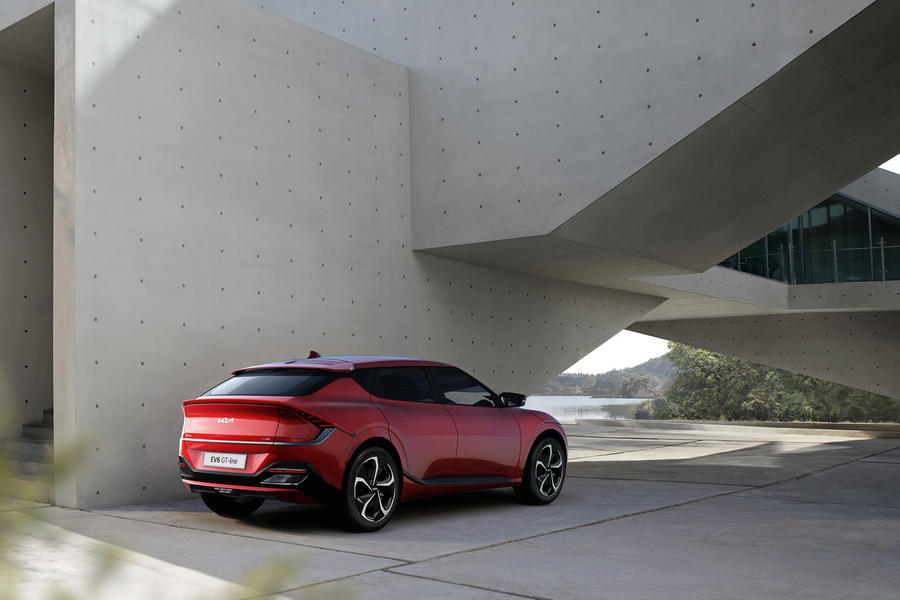 At ground level, Philpott said, this means “buyers will ultimately see the rapid shift to electrification”.

Currently, aside from the aforementioned EVs, Kia sells mild hybrid, full hybrid or plug-in hybrid versions of several of its core models; and the next-generation version of its bestseller, the Sportage, is tipped to offer all three alongside its conventional ICE powertrains.

However, the future remains unclear for such cars, with the UK government banning the sale of nearly all non-EVs from 2030, with the exception of some PHEVs until 2035.

Nevertheless, Philpott is ebullient about Kia’s potential to weather the storm. “We’re still in consultation about what the 2030-2035 period means for hybrid and plug-in hybrid vehicles, which we continue to believe are a very valuable stepping stone for manufacturers and customers into EVs,” he reasoned.

Last year, Kia aimed for 30% of the new cars it sold in the UK to be electrified (not including mild hybrids) and achieved just over 29%, despite the major impact of the pandemic.

So far this year, electrified cars have account edfor more than a third of the brand’s UK sales, of which there were around 20,000 in the first quarter – despite the fact that showrooms were largely closed and test drives were banned.

These statistics are encouraging for Philpott, who said: “2030 doesn’t worry me, because we’re in a really good place with EVs today, and that will only get better.”

Adrian Barlow 10 May 2021
Dear Mr Philpott,
2030 should worry you because millions of people will buy a new petrol or diesel car just before that date and will try to make it last for a very long time.
However, I doubt that the ban really will be implemented.
Adrian Barlow 10 May 2021
Kia's 7-year, 100,000 mile warranty is what really sets them apart from the rest, isn't it?
I'm losing interest in the cars I've owned in the past, such as Bentley, BMW & Mercedes and might give Kia a try next time I buy a new car.
But I don't want an electric car just yet.
View all comments (4)