BACK TO ALL NEWS
Currently reading: Ford will take inspiration from US line-up in European markets
UP NEXT
New Gordon Murray T33 is practical supercar with 607bhp V12

Ford will look to build more on its American heritage with its future European line-up, according to the firm’s European boss.

The company is the only mainstream American-owned manufacturer still operating in the European market, and European boss Stuart Rowley said that gave it a point of differentiation from rivals. Major rival GM quit the UK market after selling Vauxhall. US brand Jeep does sell vehicles in the UK, but it only has a limited range of off-roaders and is now part of the Dutch-based Italian-French Stellantis group.

the Mustang, which Ford reintroduced to the UK market a decade ago, and which has now been expanded into a sub-brand encompassing the muscle car and the Mustang Mach-E electric SUV.

Ford will also offer the latest plug-in hybrid version of the Explorer large SUV, which has long been one of its most popular US vehicles, in certain European markets.

Rowley added: “We launched the Ford Explorer [in select markets], and it’s selling well. It’s a different product; it’s not for everybody but there are consumers who love that. 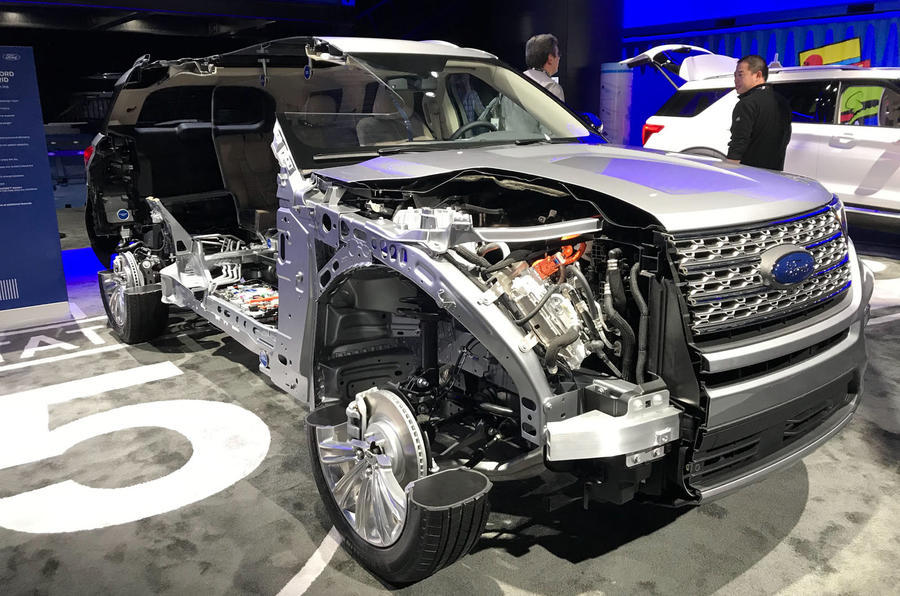 “Ford is the only American brand in Europe now and that’s a unique position that we can build upon. A lot of people are attracted to some of those characteristics and only Ford can bring products like that to the market.”

Rowley also highlighted the success of the Ranger Raptor performance pick-up, saying: “Who would have thought that would resonate with European customers?”

Rowley noted that import tariffs mean products not built within the UK-EU tariff-free trade area would only be offered as niche products in Europe in the future. Another challenge is the potential impact of any new products on Ford’s European CO2 emissions targets, which is believed to be a key reason the company has insisted it has no plans to sell the Bronco off-roader in Europe. A plug-in hybrid version of that machine is under development and it is possible that, like the Explorer, that could be sold in Europe in small volumes.

The Bronco could also reach the UK if Ford offered it as a fully electric model. While the firm has officially announced no plans to do so, when a Twitter user recently asked Ford CEO Jim Farley why it didn’t have an electric Bronco under development, he replied: “Why do you think we don’t?”

Ford to offer over-the-air updates through Power Up service

As UK roads get narrower Ford might be selling US inspired models here, just what we want.

If they sold their stuff here for anything like the price they do in the US they may have a chance, but the longer Ford Europe think they are above mainstream and delude themselves they are premium the longer the slow demise will continue.

No, Ford, Europe is not interested in over-sized gas-guzzling SUVs and pick-ups that the Americans lap up. For a start they are totally unsuited to European ciites roads and car parks. I would have thought that having produced perfectly decent Europe-suitable cars for decades, you might have realised this...