BACK TO ALL NEWS
Currently reading: Under wraps: Britain's most secretive engineering firm
UP NEXT
MST Mk1: Is this the ultimate rally recreation?

RML’s motorsport roots have been swapped for bespoke projects that it’s not allowed to shout about. We peek behind the curtain
Open gallery
Close

f you only read headlines, you could believe UK Automotive Manufacturing Plc’s entire business (still healthy despite the predictions of doom) was conducted entirely by car makers and giant parts suppliers whose names are carried three metres high on factory walls.

That’s not quite true. Below the radar sits an extensive network of discreet technical consultancies the majors commonly use to solve their thorniest problems. They survive and thrive by maintaining a limpet-grip on leading-edge technology and delivering results with a need-for-speed usually honed in motorsport. 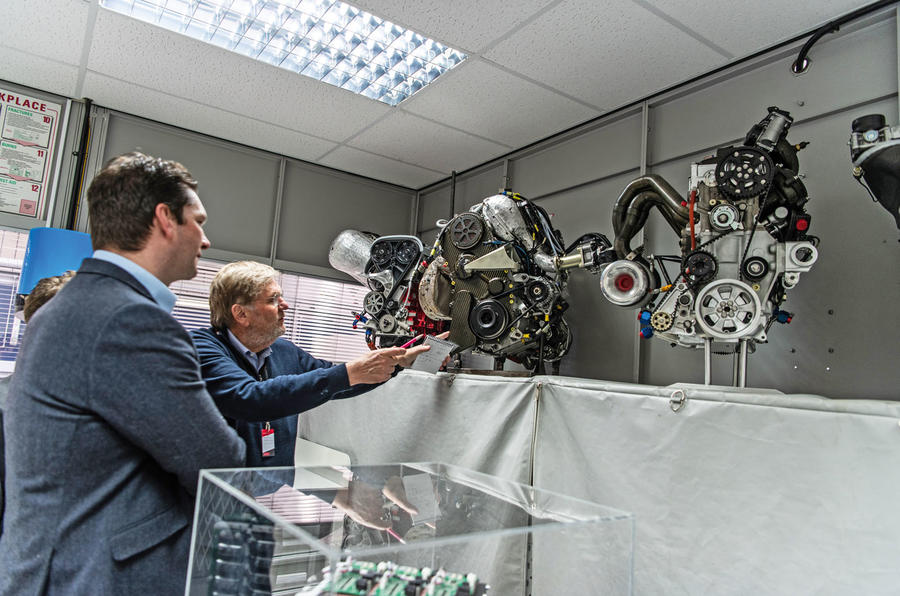 A prime example is Northants-based RML Group, an engineering and technology company with racing roots back to the 1950s and which expanded into top-level race car design and engineering in the 1980s. It has since further expanded its activities to become a leading authority in lightweighting, prototype construction and electrification, mostly for time-poor automotive giants but also for defence and aerospace clients. Sitting atop this compact empire in Wellingborough, Northants, is CEO Michael Mallock, grandson of Arthur Mallock, an architect of Britain’s post-war motorsport engineering heritage that spawned influential companies such as Colin Chapman’s Lotus and Eric Broadley’s Lola.

But while Chapman & Co embraced commerce, Arthur Mallock kept making simple, affordable cars go amazingly fast. His Ford and Austin-based specials regularly beat far more expensive and complex designs; his finest hour was probably the creation of the U2 family of clubman race cars that applied basic physical principles so brilliantly that they remain highly successful in modern and classic racing even today. 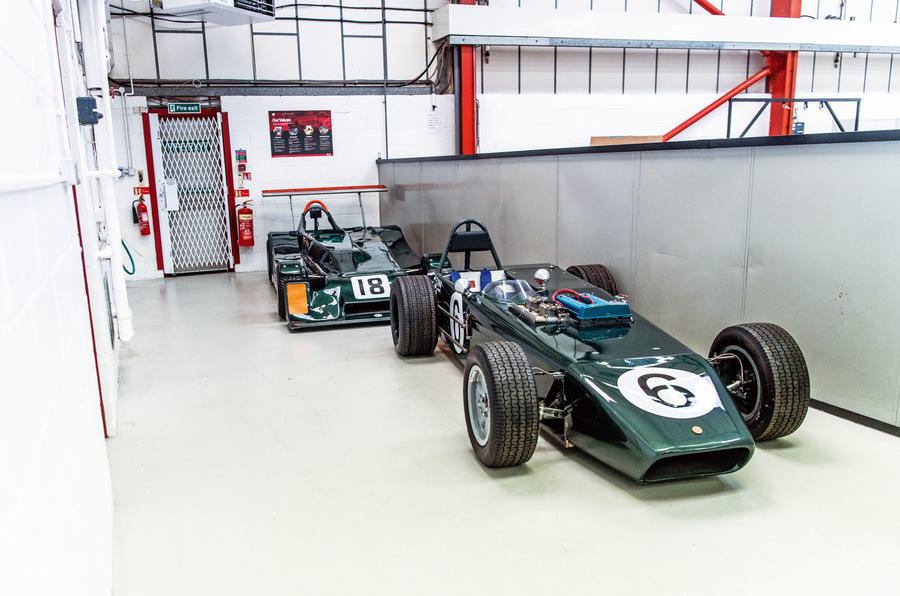 This transition corresponded closely with Michael Mallock’s elevation to CEO, following Ray’s staged retirement. “When I left school I came to RML on a formal apprenticeship,” he says, “working in all the departments: stores, electrics, design. As well as driving the van.”

RML was doing well with Ray at the top of his game, so there was time for Michael to chase the professional racing dream for a while, starting in single-seaters and moving to sports cars with some impressive results. He returned to RML full time after 2011, first taking a commercial role. He is disarmingly modest about his achievements compared with those of his father: “Ray’s very much an engineer, and a fantastic driver,” he says. “I’m not a bad driver, but not an engineer at all.” 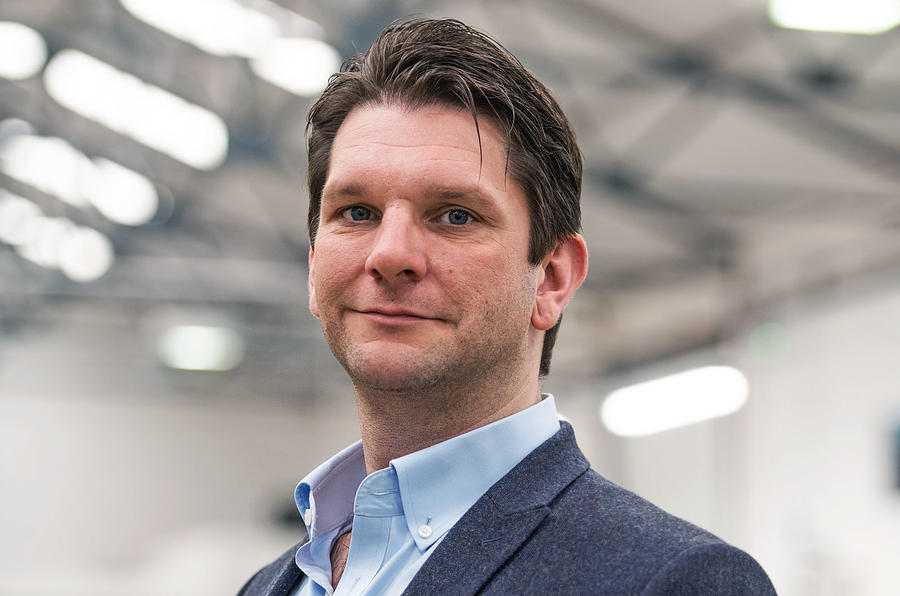 This change of emphasis at the top has helped RML adapt itself to the modern market, says Michael. “When I came back, I studied the fortunes of our traditional competitors, people like Triple Eight, MSD, TWR and Prodrive. Some have gone now and the rest have changed. I pushed for us to start moving away from pure motorsport while keeping the race mentality and the cutting-edge technology. Today only about 10% of our business is directly connected to motorsport. We’re still in high-performance engineering, but the work isn’t mainstream. We don’t do Ford Fiesta door seals…”

Michael Mallock’s first big project was to manage development and production of the Nissan Juke R, an ultra-high-performance version of the quirky compact SUV. Although production numbers were small, it brought much attention to RML and its changing capabilities, and it is remembered fondly.

The biggest recent change, says Mallock, has been the rise of electrification. In just a few years, through clever hirings and rapid acquisition of know-how, RML has become a leader in low-volume electrification, to the extent that it now has a newly established HV (for ‘high voltage’) Centre about 10 minutes’ drive from the company’s traditional base. 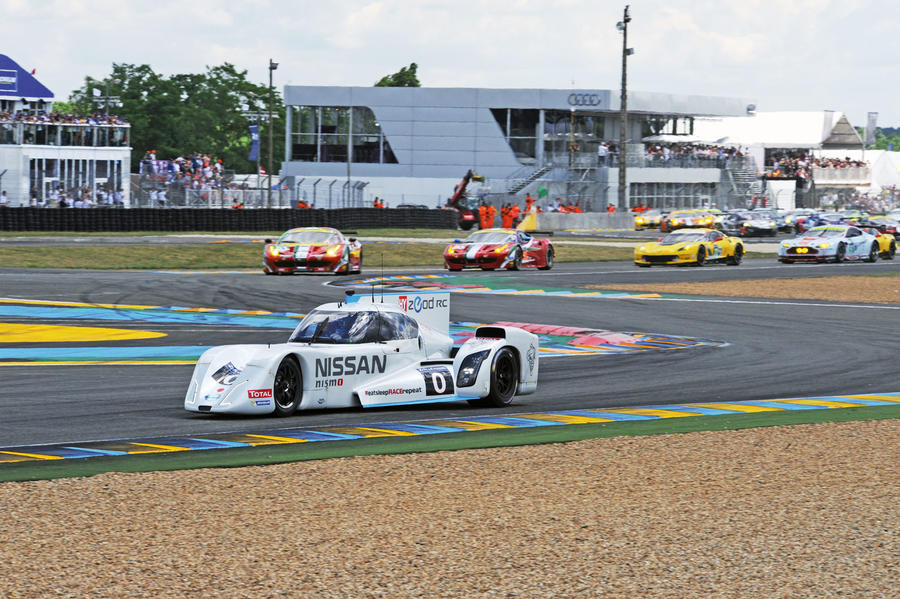 Most early electric programmes can’t be discussed, but one that attracted huge publicity was Nissan’s ZEOD RC Le Mans car, an experimental petro-electric sports racer built for the famous 24-hour race’s ‘Garage 56’, traditionally reserved for a car that imaginatively employs new tech and doesn’t conform to an established class. With initials standing for ‘Zero Emissions On Demand’, the ZEOD RC used chassis technology developed from the rule-breaking but conventionally powered Nissan DeltaWing and was built to deliver the first-ever all-electric racing lap at la Sarthe. Powered by a tiny, lightweight 1.5-litre, 400bhp three-cylinder petrol engine plus two 110kW electric motors, the ZEOD RC did indeed complete its electric lap, achieving a top speed close to 190mph on the Mulsanne Straight – although it failed to finish the race.

Any tour of RML faces participants with a conundrum: most of what you’ll see is secret. Michael Mallock cheerfully explains the problem thus: “We produce most work as a ‘white brand’. Our clients don’t pay us to promote ourselves…”

Just the same, we embark on a tour of RML’s inner workings, viewing its body design department, its interesting mix of traditional and up-to-the-second machine tools and, of course, some fascinating car projects. We pass stocks of recently made front and rear suspension subframes, mandated for BTCC cars and which RML manufacturers and can supply at meetings if a competing car gets seriously bent. Next we pass a line of specialist supercars, belonging to a well-known brand, being enhanced into extra-rare, extra-secret versions. 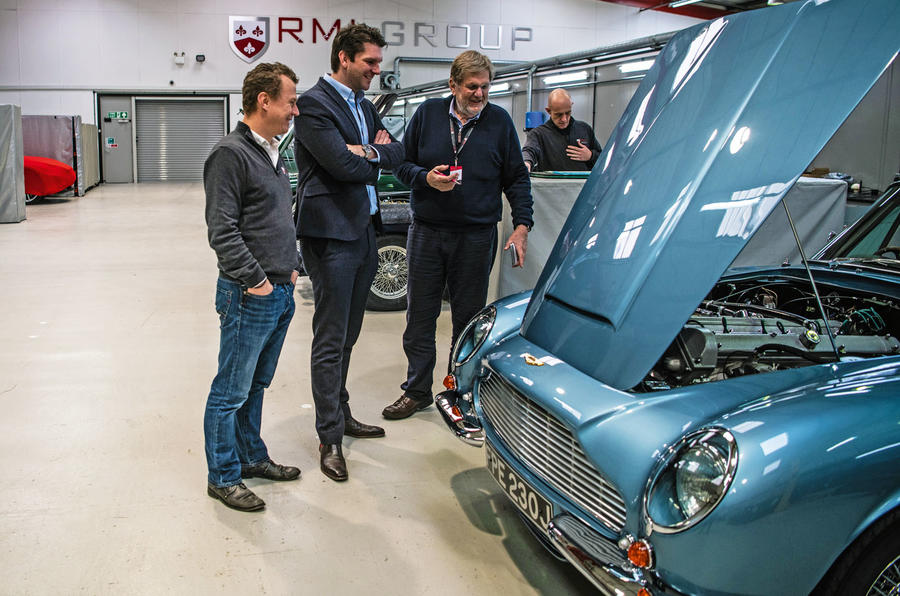 We then step into what seems like a parallel universe: a special workshop containing a three-car line of massively expensive, bespoke, electric hypercars – of a LaFerrari/ P1 capability but with arguably even more visual impact – being built for a mysterious Far Eastern client and unable to be identified beyond that. The key specifications are 0-60mph acceleration under three seconds, 3g cornering in 100mph corners and three tonnes of downforce (via moveable wings) at 186mph. RML has now made 16 of these for an enormously wealthy group of investors and isn’t too sure how many more they’ll do. But the future seems bright. “Projects like this are really taking off,” Michael says with a cheerful smile. Then for a complete contrast we walk through an adjacent workshop creating and fitting ‘road packs’ to Aston Martin’s continuation-series DB models, also in strong demand.

We drive across Wellingborough to the HV Centre to see bespoke batteries being constructed from various cell designs for RML-only applications, including sets of twin 312kg, high-power batteries to propel the mighty aforementioned hypercar. At the end of the hall we come upon a fascinating, lower-budget project from the other end of the ownership spectrum yet still in need of RML’s expertise.

It’s a small, Elise-sized mid-engined British roadster called Avocet, already fitted with a range-extender powertrain but being developed by RML’s engineers with all the instrumentation, switchgear and user protocols needed for safety (see right). The project’s leader, Martin Miles, thoroughly approves of the electric sports car idea but admits he’s on a learning curve. “I’m building this car to prove whether I’m right or wrong about what makes a great electric sports car,” he admits. “For that I need the best, cleverest partners I can find. RML are fitting the bill perfectly.”

Entrepreneur and RML client Martin Miles has for 20 years been associated with a beguilingly simple, spaceframe-based, Reynard-designed, mid-engined roadster that started life as the Strathcarron. In the earliest days it was powered by a 1200cc Triumph motorcycle engine but was redesigned about a decade ago as the Avocet, powered by a 2.0-litre Ford Sigma engine. The car was always intended for low-volume production, but along the way Miles became interested in the electrified car world and calculated that those in the market for his strictly-for-pleasure £40k-plus roadster might also be.

With the help of a team of friends with old-school Lotus connections, Miles has reengineered the car as a range extender. Its rear compartment is now packed with an electric motor driving the rear wheels through a Ford gearbox and transaxle, and a 1.0-litre three-pot Ford engine driving an end-on generator (for maximum efficiency at around 2600rpm). There’s a clutch pedal for gearchanging but there’ll be no need to use that for take-off, because the car is set up to creep. Cooling has been designed for the inverter and power electronics, plus the battery bank (in the passenger’s space for now but eventually intended for Avocet’s generous sidepods). RML’s role is to balance stuff like cooling flows and engine performance, and to design instrumentation, control protocols and wiring to make the electric Avocet as safe and intuitive to operate as possible. It’s a bigger task than you think.

Miles acknowledges that he’s in uncharted waters. The idea is that his EV — unlike practically any other — will be operated as much as possible by the driver, who will decide when the charge motor should start. Stuff like clutch feel, gearchange feel and how many gears will be needed by a car with 295lb ft from standstill and up to 160bhp with the generator motor running are still to be discovered. It will be a fascinating ride.