From £199,2857
Rear-drive V8 version of the former 4WD FF V12 is a quick, long-legged GT that offers things others don’t
Open gallery
Close

It probably doesn’t sound flattering to suggest that Ferrari’s latest four-seater, the GTC4 Lusso T, is made up of a convenient collection of pre-existing components and assemblies, given that, like every modern Ferrari, it delivers exalted performance and impressive looks.

Yet it’s true: every element of this car was built in the first place for a different purpose than this one, and it seems legitimate to speculate on how the buyer – who is being asked to pay a price starting at more than £200,000 and extending beyond £250,000 if you choose the options fitted to our test car – feels about that. Most big-name supercars have a very singular provenance.

So to the burning questions. Is this a great car? Is it a great Ferrari? Well, it’s certainly big, as noted, but that hardly matters when it’s intended as a very low, long-wheelbase, long-distance GT that genuinely lets four medium-sized adults (rather than giants) settle into its firm, beautifully made seats. And especially when Ferrari owners generally have other cars they can drive in the congested parts of towns. Having said which, the Lusso’s too-generous width may give you an uncomfortable time on your way out of town, heading for the roads where you can give the car its head.

Once in its natural habitat, the Lusso T is enormously quick and capable, with near-instant throttle response (one of the reasons its 3855cc engine has dual twin-scroll turbos) and 602bhp at 7500rpm. 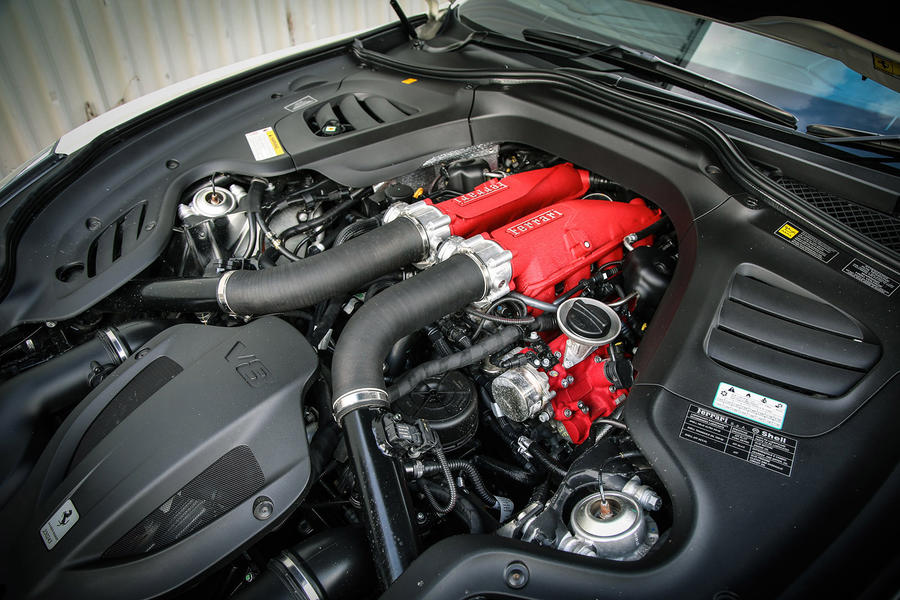 Much of the car’s controls are familiar from the FF, including the five-mode steering-wheel-mounted manettino, which never fails (even in this comparatively huge machine) to make you think Formula 1. The 0-60mph time is in the low three-second area, and you can do (effectively) 200mph if you can find the place. The V8 will seem fabulous to anyone who hasn’t driven a V12, but there’s a magnificent depth to that most original of Ferrari engines, the 12-pot, that makes it even better.

The low centre of gravity, the exaggeratedly rear-mounted cabin, the long wheelbase and the better weight distribution of the more centrally mounted V8 all combine to give the Lusso a superbly flat ride, even though it’s never anywhere near soft. The Magneride adjustable dampers offer you anything from firm to rock hard, but as with most Ferraris, we found Sport was the right setting. The steering is accurate, firm and quick-acting, another aid to manoeuvring a machine that usually feels agile for its size.

Will the Lusso T prosper? Ferraris that aren’t pure two-seaters rarely hit the absolute front rank of Prancing Horse popularity. Still, if carrying four really matters to you and you don’t mind sacrificing a few percent of dynamic excellence for the purpose, this is one of the rare full-on supercars that will do it. And in style. 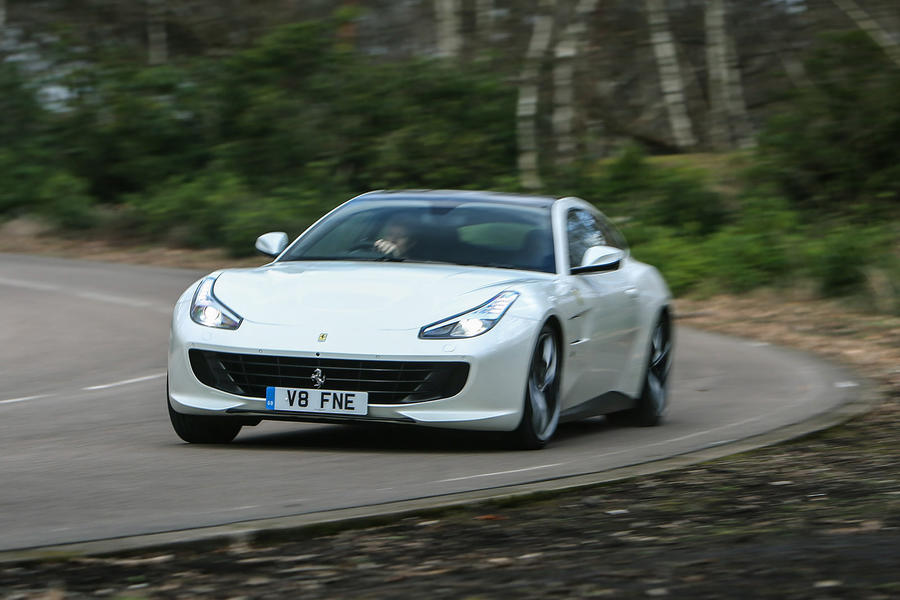 This is just practice...

...I can see that I'm in the minority here, because I think it looks amazing. I also believe that this has been Ferrari preparing us for the inevitable, that being a future crossover/CUV/SUV in their line up. And if you were to shorten the distances between the front axle and base of the windshield (by moving the windshield closer), there by adding more space to the interior. Then lengthening the wheel base and body a smudge and adding a set of rear doors, and there you have the cash cow that will allow Ferrari to go on making the V8 and 12 cylinder vehicles that all the car enthusiasts for infinity! Its the 800 pound gorilla in the room. Car enthusiasts hate them, but if we want the automakers want continue to make the vehicles that enthusiasts love, they got to put an SUV into their lineup. I'm not saying that all these vehicles has got to EVER go off road or be equippd to, but if a brand can figure out a way that such a "high riding" vehicle match the ethos of their product and still look good doing it (I'm looking at you Bentegay!), im all for it. Especially if going so allows them to continue to make the coupes, convertibles and Sport sedans that we all love! How many many current Porsche 911's, Boxsters, Caymans and Panameras, owe their existence to the Porsche Cayenne?! And while Ferrari may already be a license to print money, who can blame them for one wanting to secure their futures. I say the GTC4 Lusso T is just practice for whatever stallions the Prancing horse is preparing us for in the years to come!

OK, but the problem is

OK, but the problem is Porsche and Ferrai (etc.) abandon their marvelous engines (NA V8, V12 for Ferrari, NA Flat6 for Porsche) for gas plants engines... When you see the actual Boxster and Cayman... Sad days...

I think I'm not the only car

I think I'm not the only car lover.

if you were after some kinda bastard child of a Ferrari 456 and a BMW M Coupe from a decade+ ago.