BACK TO ALL NEWS
Currently reading: How Coventry is reclaiming a place on the automotive map
UP NEXT
How the Bugatti Chiron became the first 300mph road car

How Coventry is reclaiming a place on the automotive map

Earlier this year, for Autocar, I toured Coventry in the company of Damien Kimberley, an authority on the city’s motoring history. Together we recorded the locations of long-dead car manufacturers great and small. It was a fascinating day but one tinged with regret that the city no longer justifies its once-proud moniker, the Detroit of Europe.

The story prompted Ian Flynn, inward investment manager at Invest in Warwickshire, to get in touch. Flynn is automotive, advanced engineering and manufacturing lead at this organisation that encourages enterprise in the region. His message was simple: “While many will be unaware of the detail of the past, equally there’s much happening here now that’s unknown to most people. Come and see for yourself.”

In fact, barely a week goes by that Autocar doesn’t spotlight some aspect of the region’s automotive scene, but here was an excuse to contrast Coventry then with Coventry now. However, for this return visit, rather than sprint around the city simply recording the locations of the dozens of key automotive companies, as we did before, we arranged to meet some of the principal players who are key to its future, starting with Councillor Jim O’Boyle…

“We have a once-in-a-lifetime opportunity and we can’t mess it up,” says Jim O’Boyle.

The city’s council cabinet member fixes me with a stare that challenges me to disagree. It’s easy to see why he rose to be TGWU works convenor at Peugeot’s Ryton plant until its closure and, with his production line background, why he has the ear of Coventry’s automotive leaders and entrepreneurs. 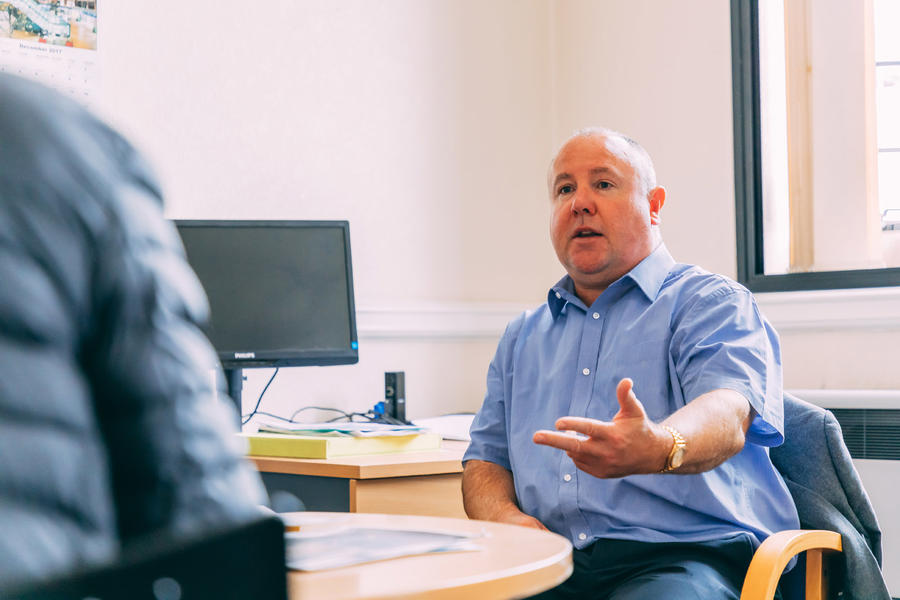 “I don’t want the next generation to experience what I did,” he says. “The internal combustion engine is coming to an end, and Coventry must be at the forefront in the move to electrification. We have to get into mass-production and start selling to the world once again. That’s why we want to build a gigafactory on the site of Coventry Airport that will build EV batteries from scratch. It could mean 4000 high-quality jobs – and if you make the batteries, you can make the cars.

“Coventry has plenty of small and medium-sized enterprises in the automotive sector, providing 90% of the city’s jobs. Many operate from what look like sheds, but inside they’re doing amazing things. We have to unleash their potential.”

Working out of a small business unit, rather than a shed, Vital Auto is nevertheless exactly the kind of SME O’Boyle is referring to. James Molloy, Rich Toal and Andy Shaw, its founders and directors, are doing amazing things, too.

Like many of the best businesses, it was founded in a garage – Molloy’s, to be precise – in 2015. Shaw, a former designer at Toyota in Japan, and Molloy and Toal, both prototype engineers, wanted to create an automotive design studio for designers and engineers to collaborate. Their first commission was the Nio EP9 electric supercar, on which they were design development partners.

On the day we visit, there’s a full-size interior evaluation model in the studio for another client, Naran Automotive, which is developing a front-engined V8 supercar. It’s made of recyclable corn starch and has been printed on a giant 3D printer. 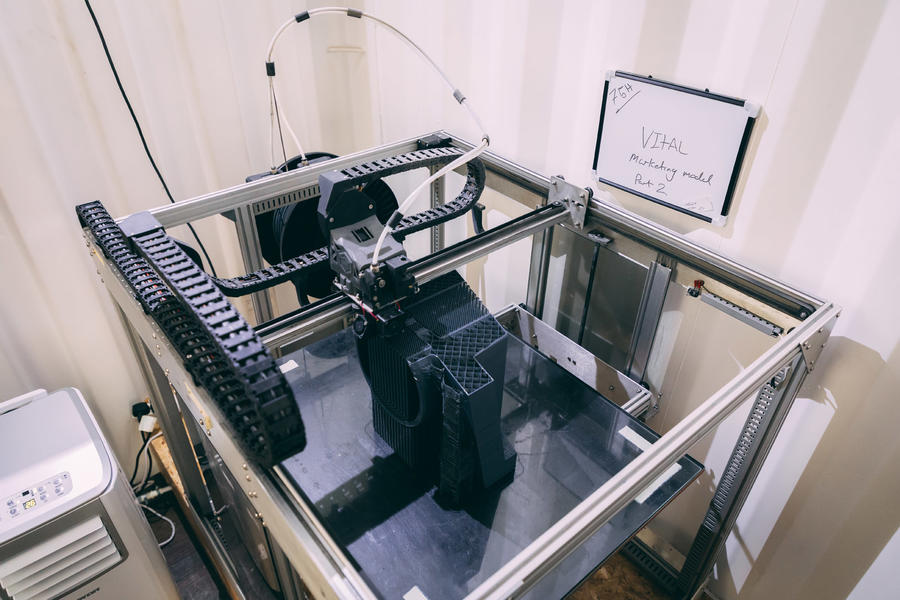 “We’re trying to accelerate the design process for all our customers so that within two weeks they have an interior they can sit in,” says Molloy.

As an example of the progress they’re making, he shows us a fully trimmed, full-size interior model that was commissioned by a major car maker.

Vital’s secret weapon is its 15-strong arsenal of 3D printers. Meanwhile, the team is busy building what will be one of Europe’s largest: a whopper of a thing able to print complete bumpers. Remarkably, Vital is entirely self-funded. “We reinvest every penny in the company,” says Molloy. Given its ambition, I wonder if they’re offering shares…

From Vital Auto, it’s a natural next step to visit RDM, an equally enterprising company located on the site of Coventry’s old Humber car factory. It was founded in 1993 by David Keene, former head of Rover’s electrical division, who started out making wiring looms in his spare room.

RDM still makes these but has moved into other areas, too, ranging from specialist trim production to semi-autonomous trains. Through a dedicated firm called Aurrigo, it’s also at the forefront of autonomous vehicle design and development. 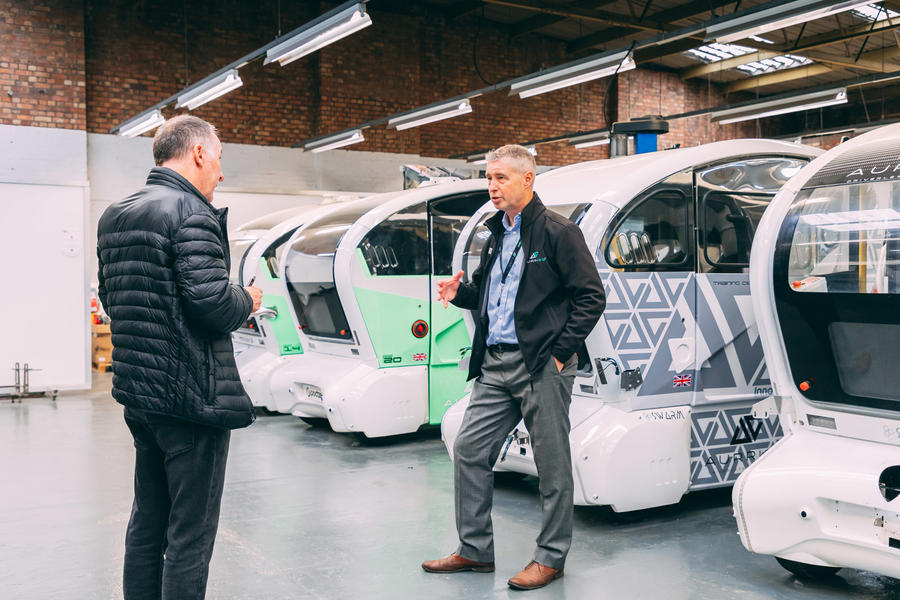 Being agile and focusing on realities are Aurrigo’s hallmarks, which is why it has already produced four distinct autonomous models for controlled environments. We hoped to see its fourth and newest, but the 10-seat autonomous shuttle was still at Celtic Manor, where it had been transporting golfers on the European Tour.

“There’s massive interest in it, because it can be operated as a conventional EV, too, so can be driven on-road,” says Miles Garner, sales and marketing director at RDM. “At Celtic Manor, it carried six people from the clubhouse to the first tee autonomously, requiring a driver only when other cars approached.”

If O’Boyle’s vision of a Coventry producing thousands of EVs is to be realised, it will need an army of engineers who are not only highly qualified but also have experience of the factory floor where designs and solutions are really tested.

This is where the Institute for Advanced Manufacturing and Engineering can help. Backed by Coventry University and based at component maker Unipart’s main manufacturing facility, located on the site of the city’s old Riley plant, AME calls itself the UK’s first faculty on the factory floor. 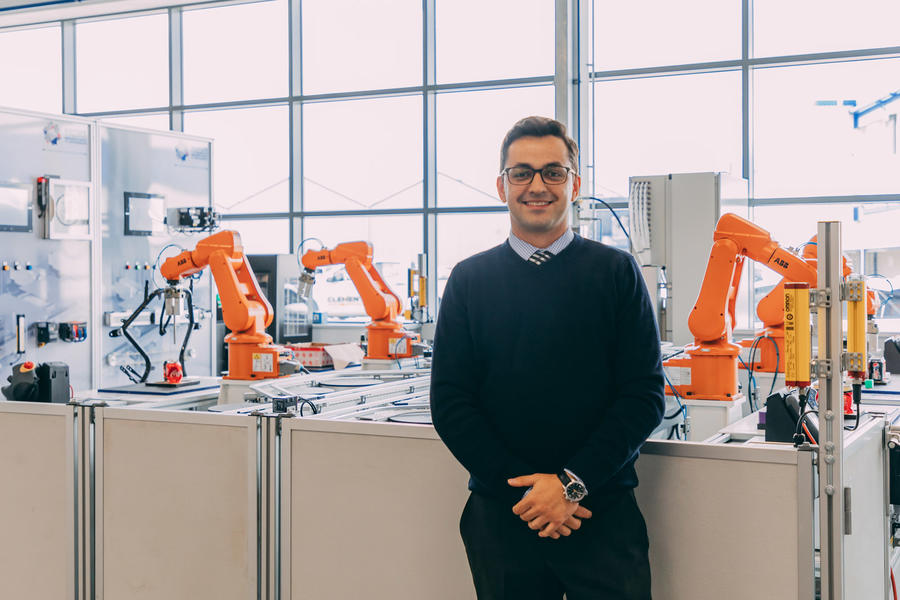 “We’re agile and reactive so can quickly create courses on topics that are suddenly in demand,” says Dr Marcos Kauffman, director of AME. “For example, metrology – the science of measurement – is a booming area as propulsion systems become more sophisticated.”

To illustrate his point, he indicates a student using an advanced microscope and software that measures the surface contours of battery anodes and cathodes that are critical to EV battery reliability.

Nearby is evidence of other projects, including the drivetrain from an Aston Martin hollowed out to incorporate a battery pack and prototype fuel tanks capable of withstanding the pressure of unused fuel in hybrid vehicles. And there are more to come, thanks to a recent award of £5 million that will enable the facility to double in size by the end of next year.

Dave Greenwood (he’s famously informal) is another Coventry champion whose vision for the city and the region as an automotive player on the world stage knows no bounds. When we pull up at the magnificent glass-and-steel headquarters of Warwick Manufacturing Group, he’s already outside putting the finishing touches to a display of electric bikes and vehicles that his department has either had a hand in or which genuinely excite him.

“I’ve been riding the Zero SR/F and it will leave a Suzuki Hayabusa standing,” he chuckles. “It’s our benchmark for Triumph’s new e-motorcycle.” 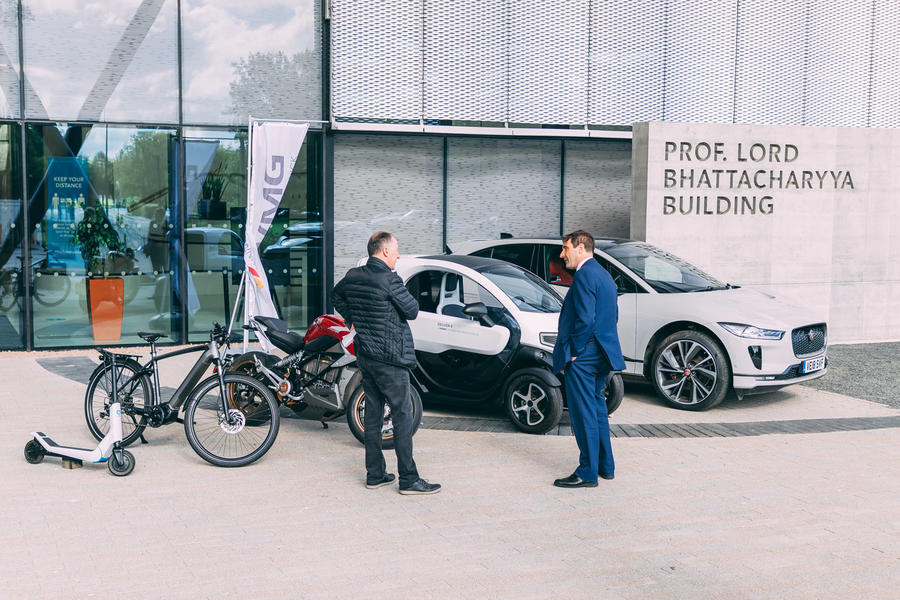 The display is intended to show the direction of WMG’s thinking amid Covid-19 when, says Greenwood, cars now don’t look so smart: “Micromobility, where people use e-scooters and bikes for shorter journeys, represents huge opportunities, but they must be safe and reliable.”

Fortunately, whatever type of EV triumphs, WMG is well placed to benefit. For the past seven years, it has been at the forefront of battery research and development. Greenwood himself wrote the proposal for the newly opened UK Battery Industrialisation Centre nearby.

The professor sees WMG’s role as “helping UK industry learn fast”. To that end, it employs 250 full-time staff and receives £20 million per year in investment for its electrification activities. “Coventry wants a 20-gigawatt battery factory,” says Greenwood. “WMG can help make that ambition a reality.”

If Coventry does get its gigafactory, one man who’s likely to be closely involved with it is Jeff Pratt. The managing director of Britain’s first production development facility for EV batteries has lots of experience with battery production, having overseen Nissan’s battery plant in Sunderland.

The UK Battery Industrialisation Centre was opened in the New Year but, due to Covid-19, is still a work in progress. Inside the main building, engineers are working hard to install the equipment necessary to test every aspect of battery composition and production. “We’ll be able to help a manufacturer fine-tune a battery that’s close to production or evaluate the market it’s intended for,” says Pratt. “We also have a production centre that manufacturers can use to test formulations such as those arriving in the next couple of years that will increase range by 50% and, in around 2025, the new generation of cobalt-free batteries.”

UKBIC, which so far has cost £130 million, has multiple production lines, ranging from electrode and cell making to module and pack assembly. Pratt is proud of what has been achieved so far.

“Germany is about two years behind the UK and still planning a similar facility, while Asia hasn’t anything like it,” he says. “We’re helping to grow battery skills right here on the edge of Coventry so that we have a thriving battery industry in the UK.” And, as Councillor O’Boyle might add, the car-making jobs that must follow.

In terms of the automotive companies and organisations active in Coventry and the surrounding area today, the six we visited are the tip of the iceberg. Here are some others and what they do – but be assured that there are many more… 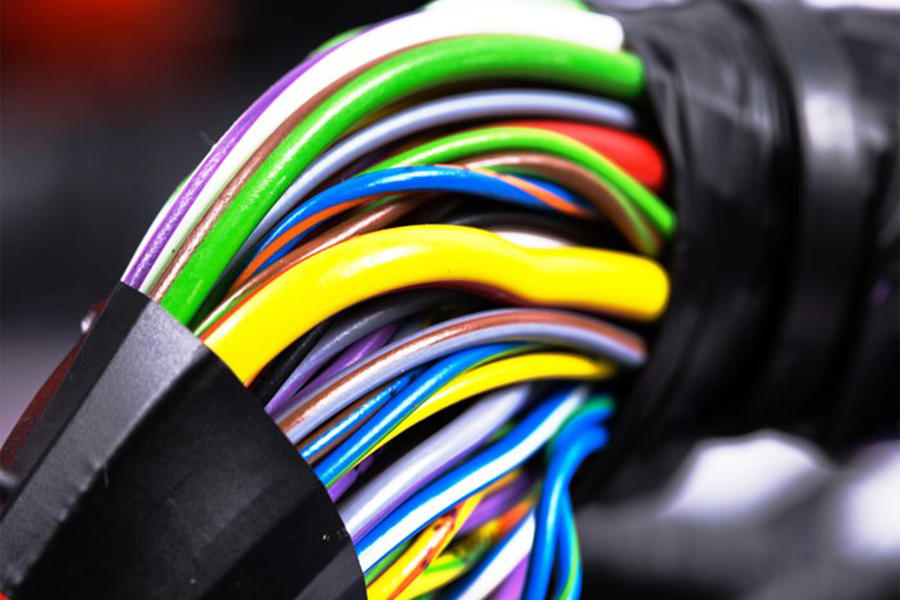 Lear Corporation: Among other things, vehicle seats and electrical systems. 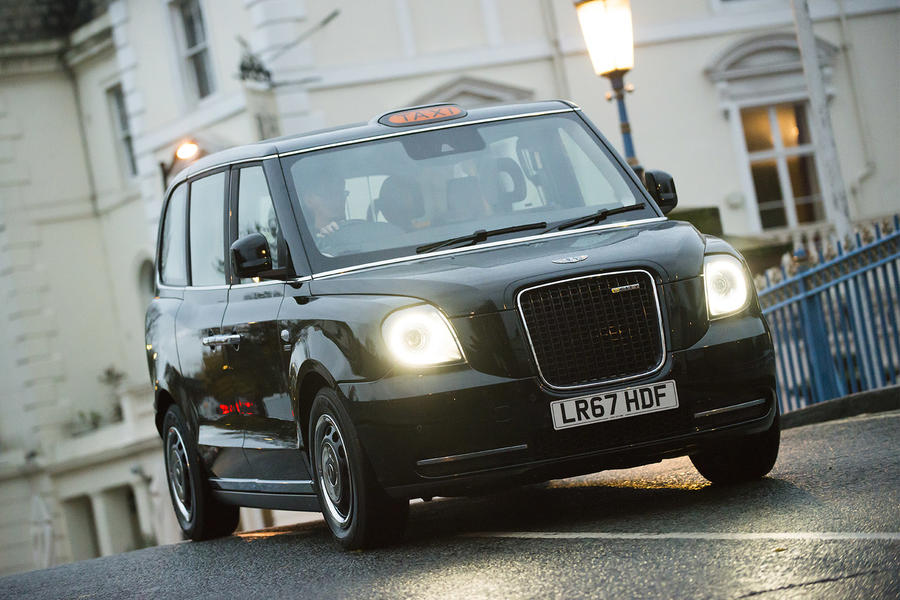 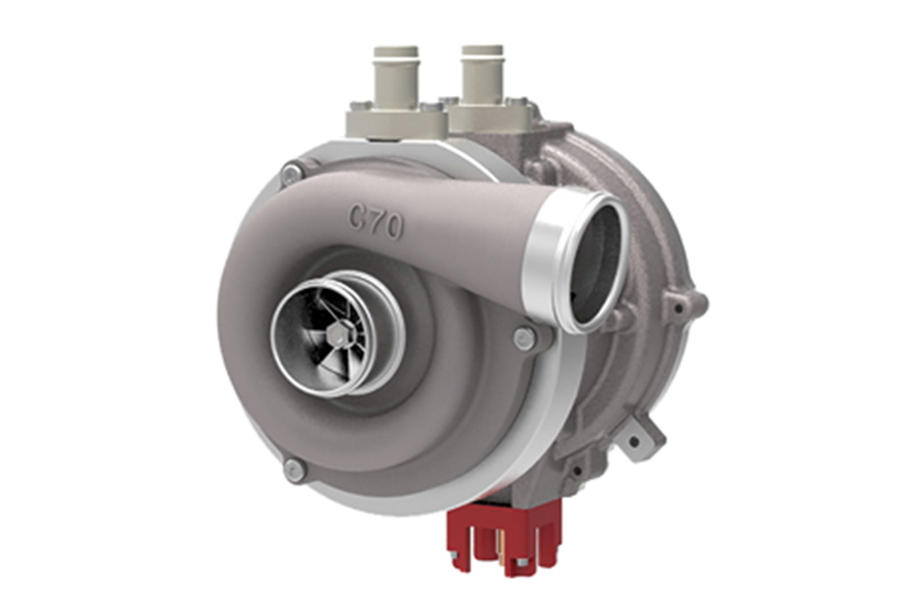 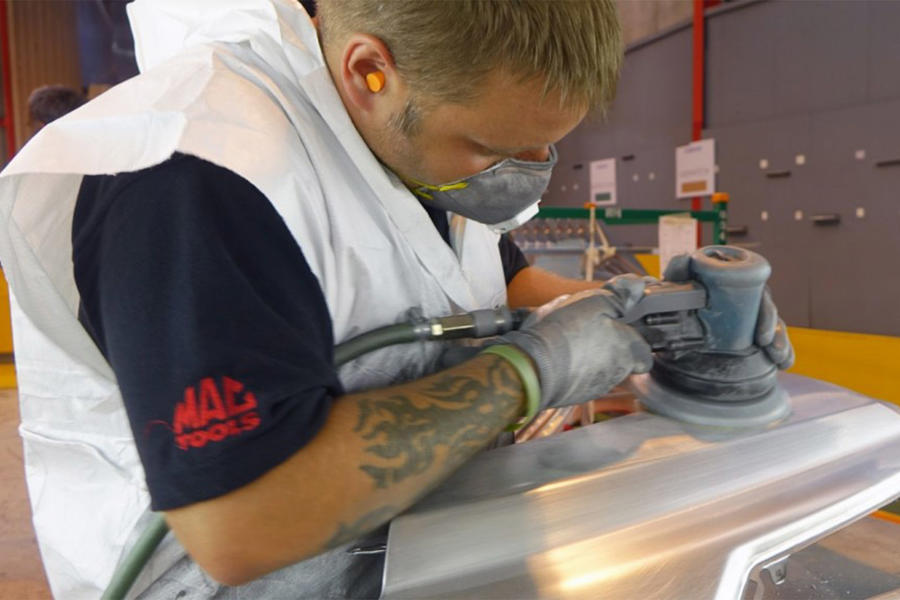 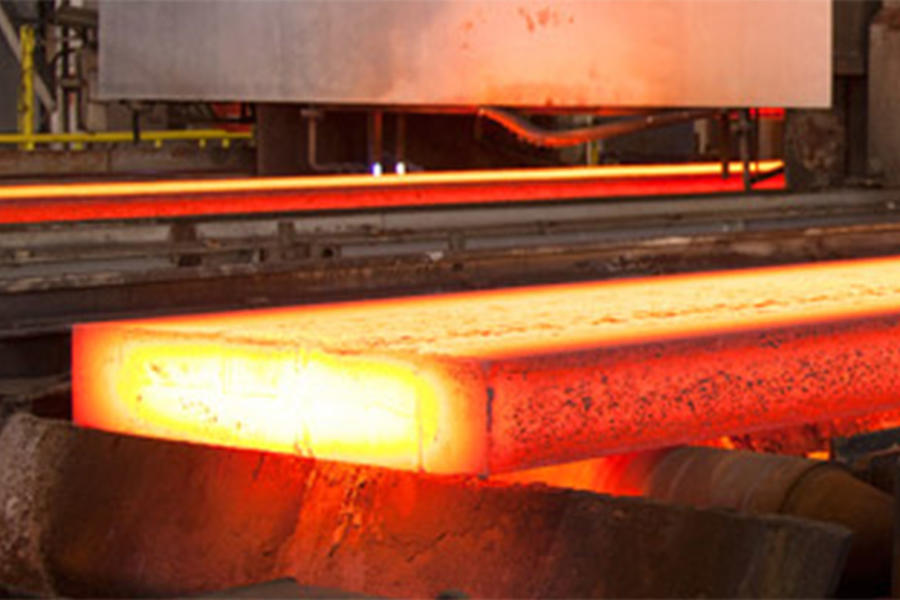 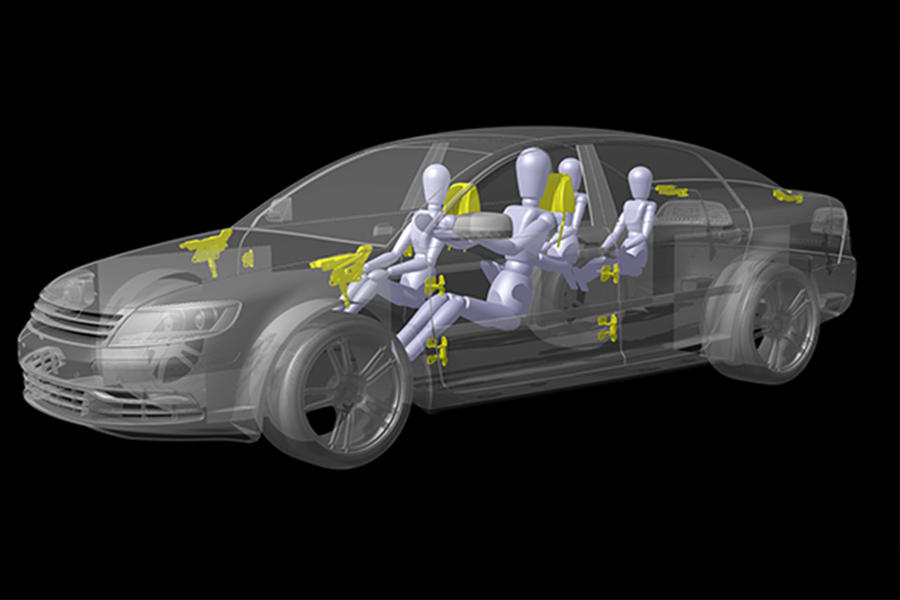 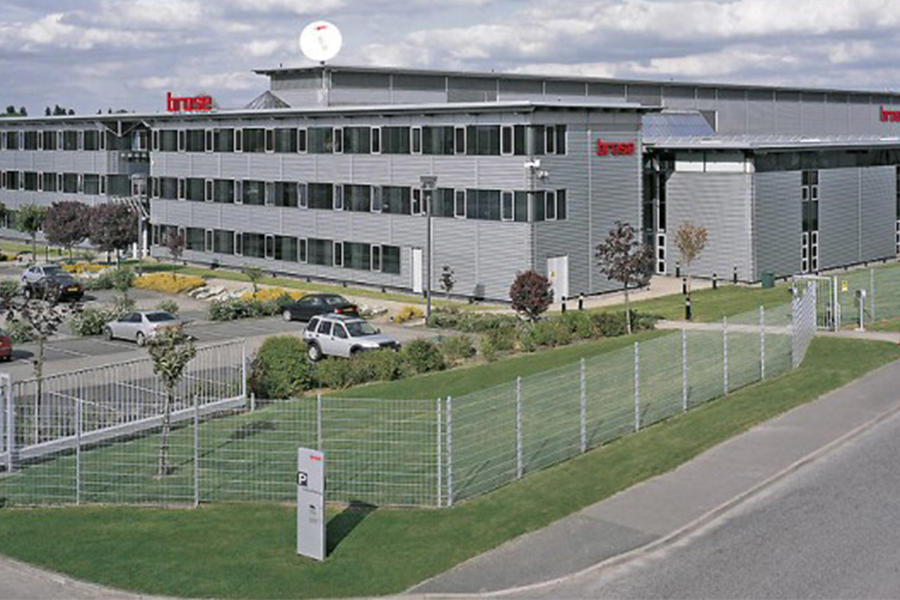 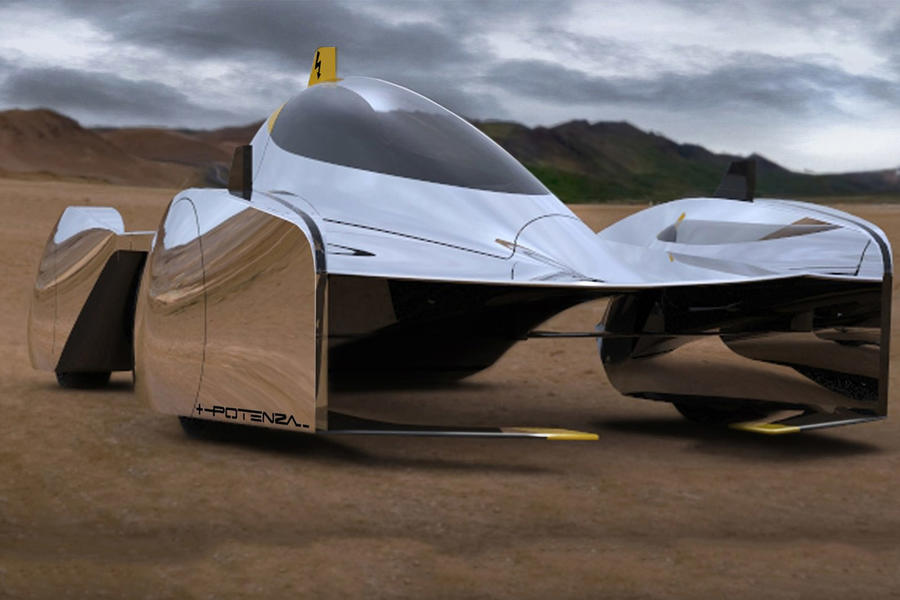 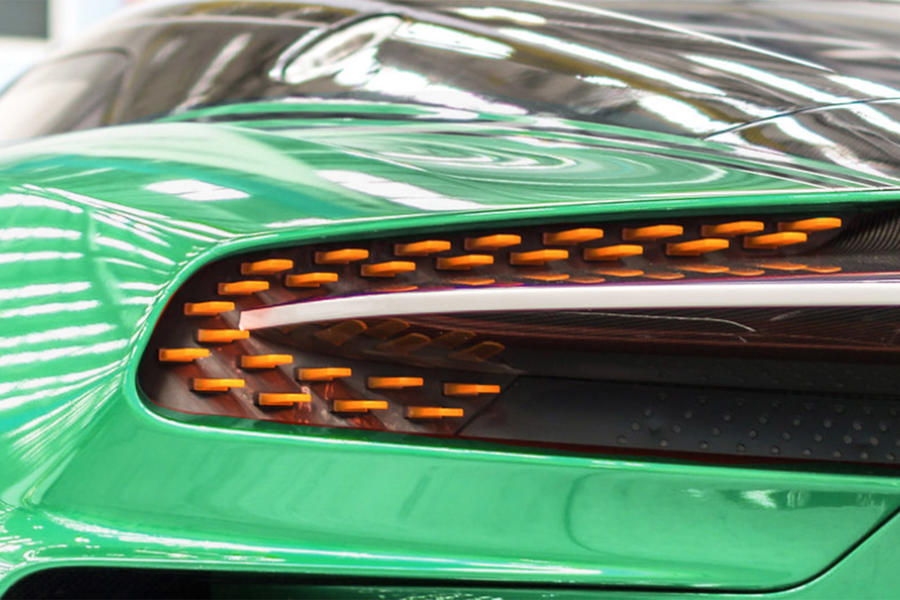 Daimler to DeLorean: How Coventry became the UK's motor city

Coventry is also famous automotively as the car jacking capital of the UK, keep those doors locked guys and stop for nothing.