BACK TO ALL NEWS
Currently reading: LEVC VN5: production version of taxi-based electric van revealed
UP NEXT
New Volkswagen Trinity project is radical EV flagship for 2026

Range-extender van promises 58 miles of electric-only running and is priced from £46,500 before government grant of up to £8000
Share
Open gallery
Close
Share story

The new van, using the same range-extender electric vehicle technology as its TX London taxi, is available to order now for deliveries at the end of 2020 from the company's factory in Ansty, Warwickshire. Priced from £46,500, it will be eligible for the van-specific UK plug-in car grant of up to £8000.

The VN5 can manage a WLTP-certified electric-only range of up to 58 miles from a 31kWh battery and has a load area that can accommodate two Euro pallets. Claimed carrying capacity is 830kg. The taxi’s bodywork has been adapted to allow a single side-loading door and 60/40 split rear doors for loading. 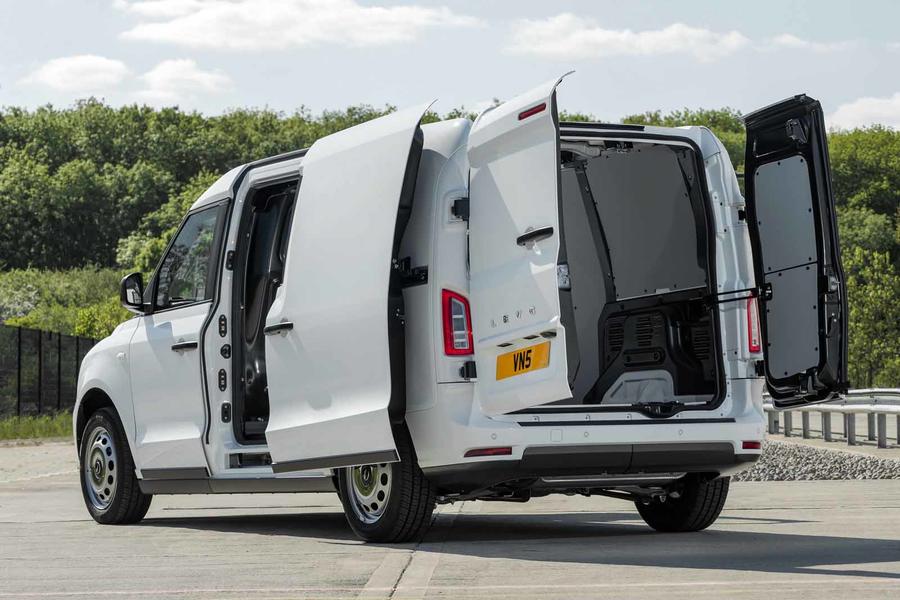 Combined with the three-cylinder petrol range-extender engine, the VN5's total range will be over 300 miles.

Three variants will be offered, with base Business trim coming as standard with autonomous emergency braking, cruise control, a 9.0in touchscreen and 50kW DC rapid charging that will can allow a full charge in 30 minutes.

Behind the wheel of the LEVC TX taxi

LEVC claims the VN5’s aluminium monocoque and SMC construction make it built to last “twice as long” as competitors, thanks to corrosion and dent resistance and high crash-energy absorption. A five-year, 150,000-mile warranty is standard, with a battery warranty of eight years, and there is the option to extend both warranties further. Service intervals are a relatively long 25,000 miles, too.

LEVC says the market for such a van is likely to increase noticeably. London’s Metropolitan Police & Fire Service has already committed its fleet to being zero-emissions-capable by 2025. LEVC also says it expects 40% of vans will be ‘new energy’ by 2030, rising to 100% by 2040.

It adds that the VN5 van is intended for companies that cover around 100 miles per day in cities and is designed to allow goods to be picked up at an out-of-town depot and transported into the city, where the van will operate largely in zero-emissions mode. 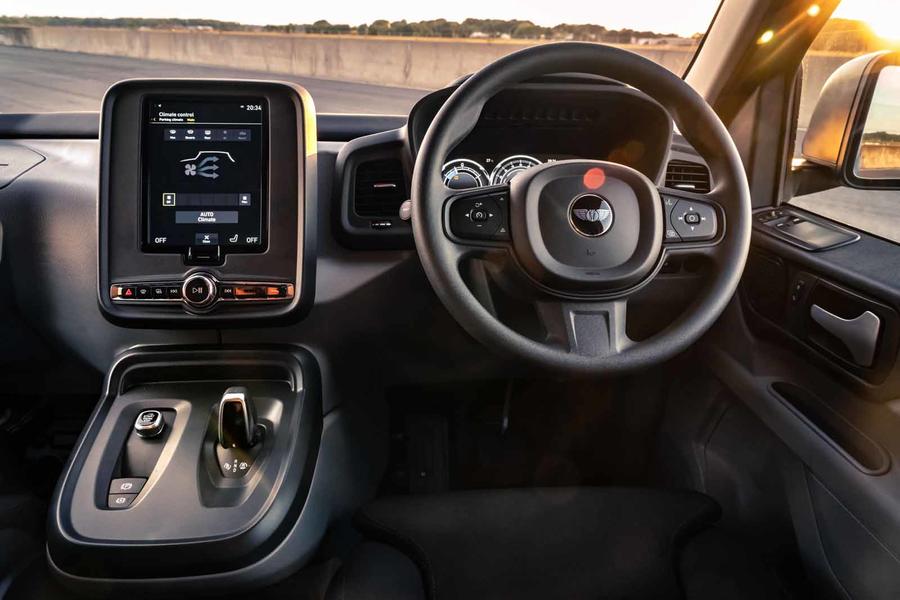 The implication is the VN5 will be, from a business perspective, superior to pure-electric delivery vans, which have a more limited range and potentially require more downtime for charging.

LEVC CEO Jörg Hofmann said last year: "Due to the rapid rise in internet shopping – the 'Amazonisation' of retail - every day there are 65,000 unique LCV journeys into London. London’s ULEZ is a blueprint, and all major UK cities will introduce a clean air zone by 2020. There's huge demand for a medium-sized zero-emissions-capable light van, and the solution we offer will be more than capable of meeting the requirements of a rapidly evolving green logistics market."

Because the VN5 is based on the TX, which incorporates a number of Volvo components and sub-systems, LEVC says it will feature "the latest active safety systems and crash standards" and that it has a passenger area "benchmarked against premium MPVs". One real-world advantage for the VN5 will be its ultra-tight 10.1m turning circle.

When production is in full swing, LEVC expects to sell around 10,000 vans each year and will be looking to export to continental European cities.  LEVC - which is owned by Chinese giant Geely - says that it will also be introducing a "full range" of electrified commercial vehicles from 2020 onwards.

Autocar understands that Geely is now working on a line-up of more cost-effective commercial vehicles aimed at regional cities, a number of which are expected to introduce London-style low emission zones over the next few years. Hofmann told Autocar that LEVC is looking a "potential future portfolio' of new vehicles via owner Geely.

In pictures: taxis of the world

Using a sledge hammer to crack a walnut. Why not start with a clean slate and something genuinely innovative? Some kind of fully electric which can be refurbed and used again if it gets worn out. Probably average speed across London is 18 mph don't need anthing fancy.

Looks exactly like what it is...........a Taxi turned into a Van! How many white vans drivers are gonna run over pedestrians in the City because they jumped in front trying to hail what they thought was a Taxi coming! Seriously, a product home produced with Chineese money...........if the Goverment's relationship with China turns sour then the future of London Taxi could also be cut short & then all those cabbies will be driving boring old Mercedes vans.

like how they had the commer vans everywhere in the 80s. I keep wishing they'd just make a normal 8 seat car