BACK TO ALL NEWS
Currently reading: LEVC boss: “We will only survive if we move away from London niche”
UP NEXT
British Rallycross will include 600bhp EV racers in 2021 season

Company CEO says it will not launch a low-cost version of the TX, and there are no plans to move production out of Britain
Share
Close
Share story

Taxi maker London Electric Vehicle Company (LEVC) says it is not planning to launch a true low-cost variant of its electrified TX, but will launch a lower-spec variant later this year.

Conversely, Hoffman said its electrified taxi is a successful product, stating: “We are happy with demand for the TX.”

Production of a slightly lower-spec variant of the TX, called Taxi Icon, will begin in October, but this will be unable to operate in London due to subtle equipment downgrades, which have yet to be detailed.

The Taxi Icon will, however, be eligible for use in other UK and European cities, and could be adopted by mobility services such as Uber and Lyft.

Many have viewed the £55,600 list price of the TX as inhibitive for potential buyers, but Hoffman identifies cheaper ongoing operating costs as the reason behind the model’s appeal.

“Cost of ownership is the most important thing,” he argued, calling to attention the powertrain’s minimal maintenance costs and lengthy service intervals, as well as the approximate £100 per week fuel savings compared to its diesel-powered TX4 predecessor.

“You speak to old TX4 drivers who are so keen to get out of their old diesel cars”, he added, highlighting the new model’s 80-mile electric-only range and ease of use as significant factors in its increasing popularity. 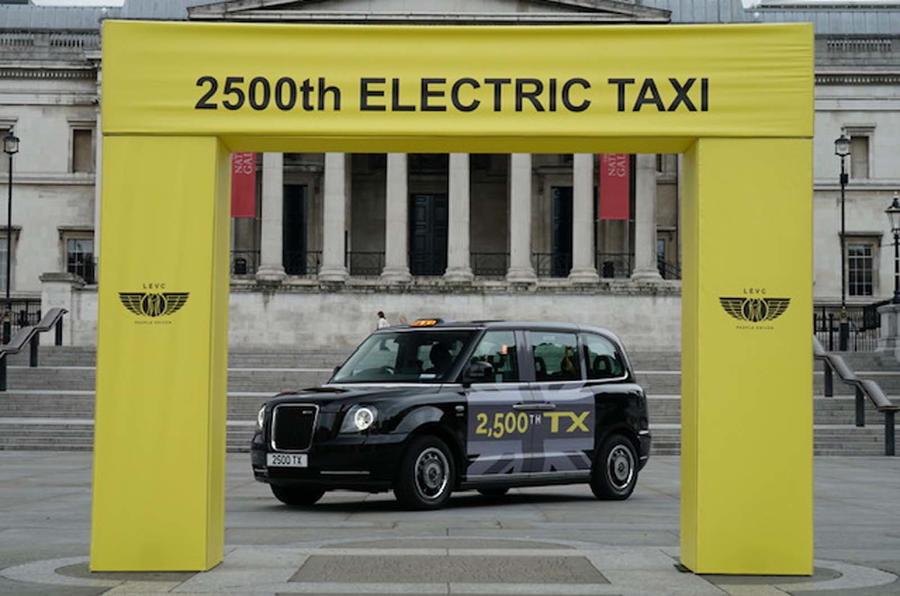 The company views black cab drivers as its most loyal customers, but is considering ways of diversifying its product portfolio beyond the TX and recently revealed LCV van.

A pure-electric version of the TX, however, is not imminent, with Hoffman stating there is no battery technology currently available that offers the right balance between range and price. LEVC is developing autonomous technology, he said, but it won’t be seen on production vehicles within the next five years.

The TX and LCV are built at LEVC’s new production facility in Coventry. Hoffman said parent company Geely has no plans to shut down the factory in the event of a no-deal Brexit, given its recent £500 million investment in the British firm’s redevelopment.

“We are a UK-based company”, he said, urging politicians “to be reasonable enough not to go down the path of no deal”. The company is reviewing its European supply chain, and would double its component stockpile to ensure continued production following a no-deal scenario.

A temporary shutdown would be made inevitable by a no-deal Brexit, however, as a result of increased export fees and parts shortages.

Earlier this year, around 40 LEVC staff were made redundant as part of a move to cut costs ahead of what the company called “more challenging economic conditions”.

Currently, London is LEVC’s biggest market, with 2000 TX models in operation, but the company aims to export 70% of its products by 2022. Hoffman pointed to the shrinking demand for private hire vehicles as the reason behind the ambitious expansion plans.

Year of the underdog: Geely's rise from obscurity to the top

We will only survive if we move away from London nich...

...there are some journalists and politicians who would do well to heed that advice.

but, no chance of simply making it as a normal car? A front passenger seat instead of all the taxi equipment

but, no chance of simply making it as a normal car? A front passenger seat instead of all the taxi equipment

I think they tried to sell a car version of the London taxi years ago but it didn't sell well.

Perhaps if it had a Morris Minor style bustleback hatchback it might look less-taxi-like and be a retro competitor for the MINI. :)