If you're looking for a dose of automotive movie action instead of the usual Yuletide flicks this Christmas, take our advice and dig out these films that feature cars in leading roles.

Grand Prix is just as well filmed as Steve McQueen’s Le Mans but comes with the sizeable benefit of actually having a plot. But my interest here is personal, because I once spent a day with its star, the late James Garner. He was so good he not only did all his own driving but also doubled for other actors who were too scared to get behind the wheel. And when he bails out of his burning ‘Yamura’ at Brands Hatch, that really is Garner you’re seeing. Far more importantly, he was also not only an incurable petrolhead but one of the nicest men I’ve ever met. Andrew Frankel 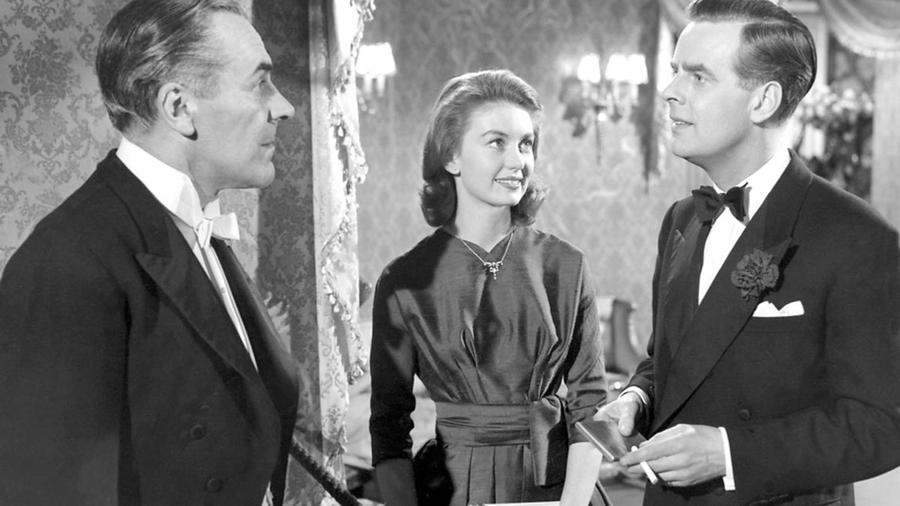 For a start, that wonderful celluloid cad and bounder Terry-Thomas is in it – and not only that, he’s also driving a Benelli. Well, actually an Aston Martin DB3S, but here’s your first clue that this is no ordinary film, which uses four-wheeled plot devices. Hero Ian Carmichael is conned by Peter Jones and Dennis Price into buying the preposterous Swiftmobile, which underneath the serpent and elephant bonnet ornament is actually a 4.5-litre Bentley. It all comes good in the end as Carmichael part-exchanges it for a Healey 3000 and £100. James Ruppert 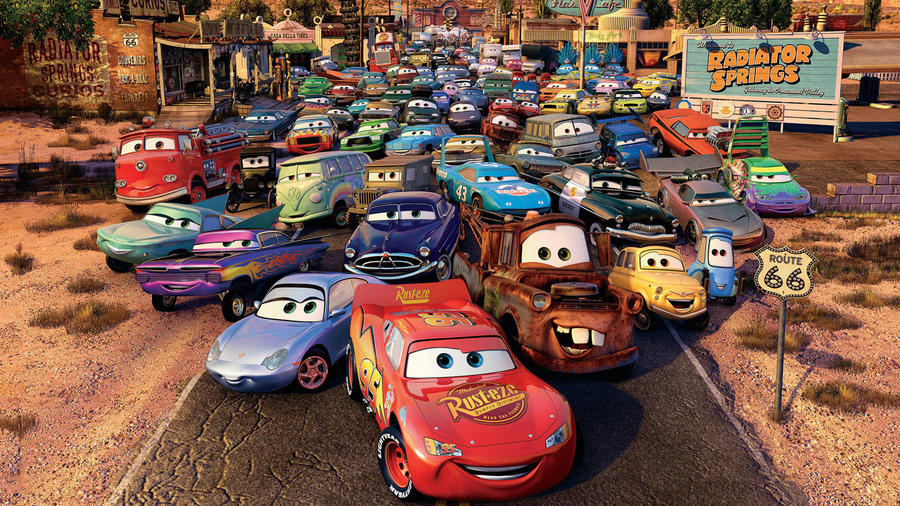 Yes, it’s a computer-animated kids film about a world populated by anthropomorphic cars. But beyond the talking cartoon jalopies and Nascar racers, Cars celebrates the joy and romance of open-road motoring like few other films. The characters’ personalities encapsulate the spirit of the (surprisingly accurate) cars they represent, while the plot – racer Lightning McQueen gets stuck in the sleepy town of Radiator Springs – is really a touching lament to a golden age of motoring ended by the rise of highways. Plus it helped to make petrolheads of a generation of kids growing up in a world hostile to cars. Sadly, follow-up Cars 2 was turgid, although I will forever love Cars 3 for containing a Jocko Flocko reference. James Attwood 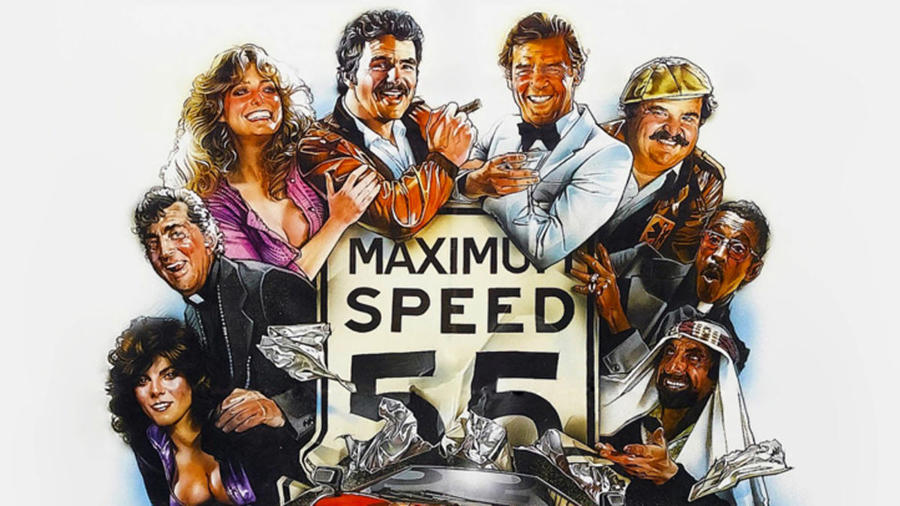 There’s no point pretending car chase films are high art; they’re all about entertainment. And you can’t get more entertaining than the hammed-up megastar-fest that was The Cannonball Run. The cast read like a Hollywood who’s who: Roger Moore, Farrah Fawcett, Peter Fonda and – most importantly – the god-like Burt Reynolds. All they did was have a daft race across the US, but it was hilarious: the cars were brilliant and the character cameos likewise. Jackie Chan drove a rocket-powered Subaru GL. Dean Martin and Sammy Davis Jr dressed up as Catholic priests, for heaven’s sake. What’s not to like? I haven’t seen it for years, but as a teenager my best mate had a copy on VHS that we wore out over a couple of otherwise uneventful summers. And I will remember the title sequence, with the white Lamborghini Countach on the run from the patrol car that gets ‘resprayed’ red, for as long as I live. Matt Saunders 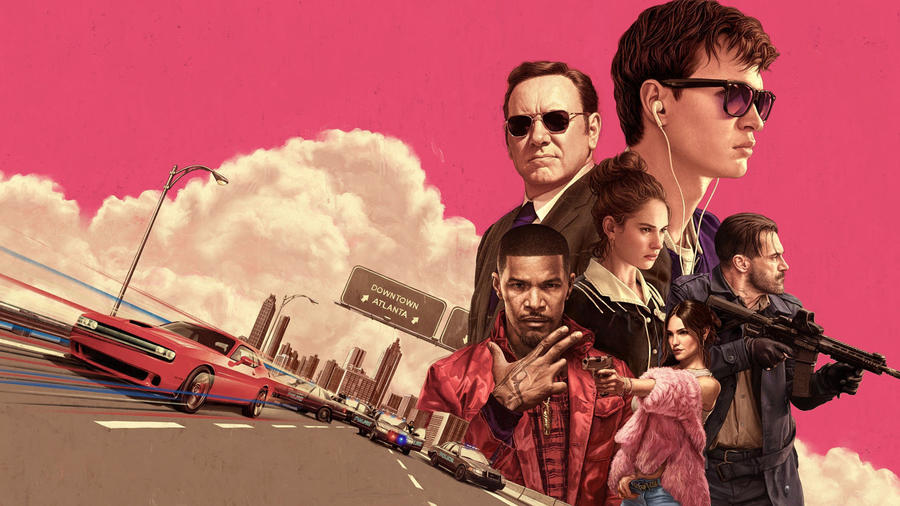 The exhilarating blend of epic driving scenes and hip soundtrack makes Baby Driver my winner. Main character Baby is a music lover coerced into working as a getaway driver for a crime kingpin. Cue the six-minute opening scene, with Baby pulling in to pick up his partners in a Subaru Impreza then driving like a (skilled) maniac to evade the police. It sets the tone for an outstanding driving movie scored by tunes such as Harlem Shuffle and Know How. If only we could all be as cool as Baby. Rachel Burgess 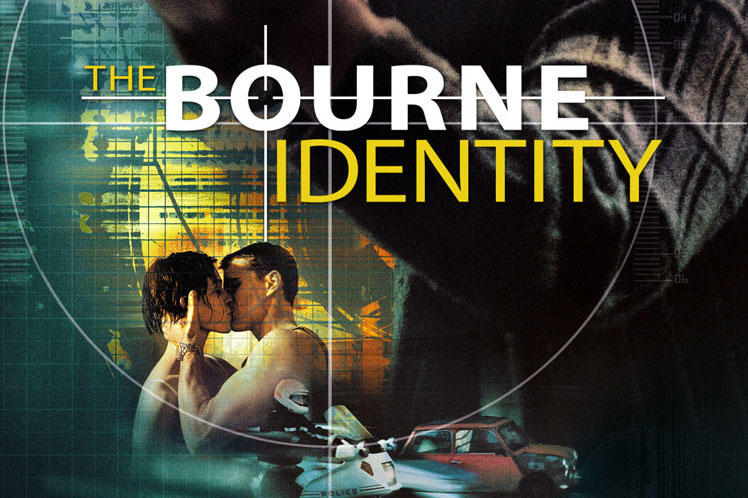 A drive from Zurich to Paris doesn’t sound promising but when the car is a Mini, even 10mph looks like a high-speed chase. Things really kick off, though, when Bourne is pursued through Paris. It was a stroke of genius to lump him with a Mini, because we find ourselves rooting for the little car. Obsessives can enjoy the way the crew had to swap it (early on the steering wheel says ‘Mini’ but later on ‘Cooper’) while manoeuvring the same BMW 7 Series into multiple scenes. Add cameo appearances from a cast of 1990s European hatchbacks and this is a car movie to savour. John Evans 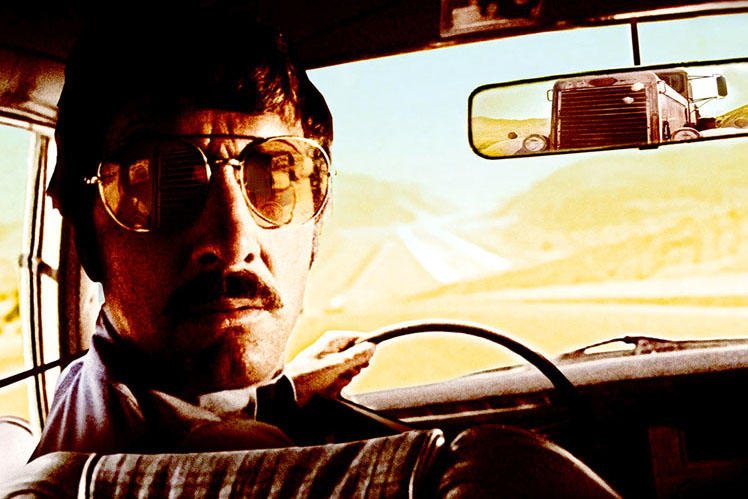 A nail-biting horror – and no, that’s not a description of the burbling Plymouth Valiant in which the great Dennis Weaver spends most of this movie sweating first in confusion, then in cold fear. Weaver plays salesman David Mann, who is cruising on a business trip through the Mojave desert when he inadvertently triggers road rage in the driver of a rust-riven tanker. Bad luck for our hero: the truck driver, who we never see, just happens to be a demented psychopath, who relentlessly pursues Mann’s Plymouth to an inevitable conclusion. The second feature from a promising young director foreshadows the chilling tension and sheer terror he’d tap back into four years later in a slightly more successful movie starring a shark. But forget about not going back in the water – Duel is your worst nightmare. Damien Smith 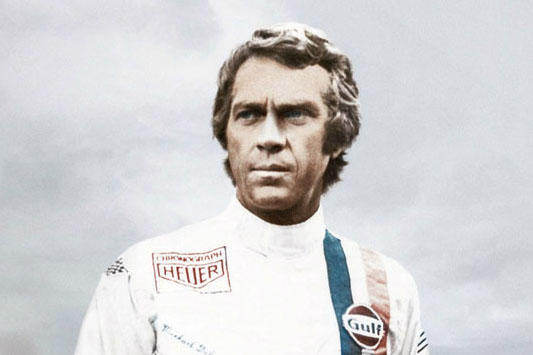 A lack of realism – affecting everything from the Fast & Furiouses to Rush – bothers me. Step forward, then, Le Mans, starring Steve McQueen and with action so authentic that the film crew had a camera car drive during the race itself, while an accident in filming cost David Piper his leg. McQueen was apparently an unpleasant man so is no hero of mine, but he was an intense on-screen presence to accompany what I think are the best car visuals – and sounds – ever put on the big screen. Matt Prior

The best cars from science-fiction movies

For me, the top 3 have to be Bullit, Vanishing Point and, not so well known, The Driver. Having the sound of V8's in each film also helped immensely. Goldfinger not exactly a car-related film, but that DB5 has to make it a very honourable mention.

I agree. That was a disappointment, after all the hype and hooplah around the film. Bale did a good job though. Seeing big-rim Superformance Cobra Daytonas felt completely out of place, like a serious anachronism.

That is a pretty feeble

That is a pretty feeble effort, Autocar.

Matt Saunders loves the Cannonball run so much he hasn't seen it for 20 years.  And has completely forgotten which Countach is in which film.

How can the list not include The Gumball Rally?