BACK TO ALL NEWS
Currently reading: Movie motors: where Hollywood finds its cars
UP NEXT
GSR2: The new rules making cars safer but more expensive

As a conversation opener, saying you’re the man who taught Brad Pitt to drive is hard to beat. Kevin Sadler is that man, although, to be fair to this modest mechanic, he didn’t teach him from scratch; rather, he taught him how to drive a Citroën Traction Avant.

The Hollywood star had to drive it in Allied (2016), a wartime romance movie. Watch the trailer and you see him helming the old motor at a rate of knots through the narrow streets of Casablanca (the scenes were actually shot on Gran Canaria). Clearly Brad, as Kevin can now legitimately refer to him, was a good student. “I had to make sure he knew how to drive it but he picked it up very quickly,” says Kevin. “He was a good listener and could follow directions very well, but he’s used to doing that.” 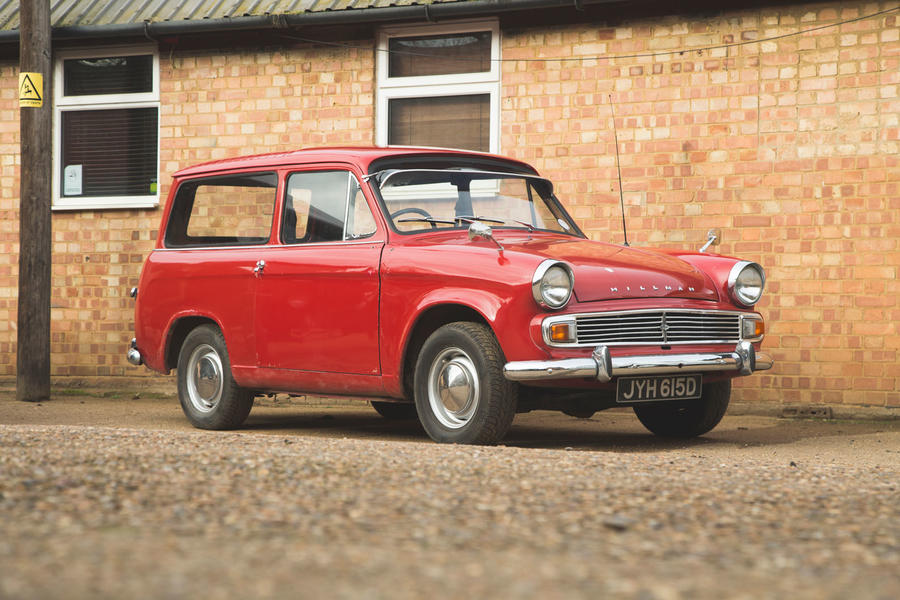 However, easily the biggest star in Kevin’s yard (if we can persuade it to come out of its Winnebago trailer) is his little red 1966 Hillman Husky. Well, it would be had it not ended up on the cutting room floor of Bohemian Rhapsody (2018).

“It’s one of the few annoying things about this job,” says Kevin. “You wait for hours to shoot a few seconds’ worth of film and then it doesn’t make the final cut.”

It sounds like the red carpet has gone to Kevin’s head but, really, this Essex-born engineer has his feet firmly on the ground. He’s a former Ford-trained mechanic who, some years ago, left his main dealer employer to go it alone with a few tools and a garage, doing general car servicing. Along the way, he fell in with a business partner and together they branched out into supplying cars for film and TV under the name Rayment Lewis (raymentlewisweddingcars.co.uk – they do wedding car hire, too). Today they have around 30 vehicles. 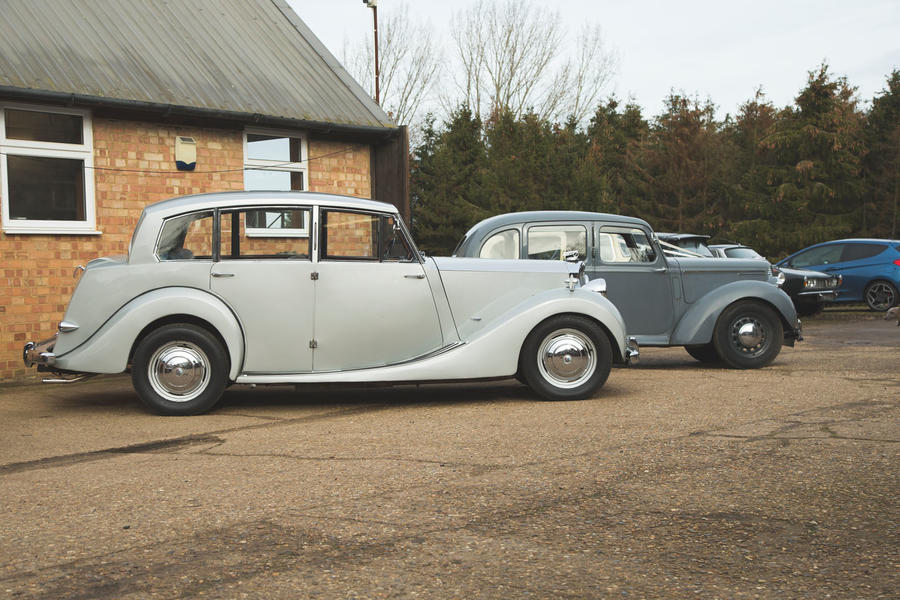 One of their biggest customers is Motorhouse Hire. It was founded in the early 1970s and supplies the film and TV industry with everything from modern cars, including Porsche 911s and Mercedes saloons, through classics and pre-war, to military vehicles and racing cars. It sources many through car clubs but also through private owners who register their vehicle with Motorhouse in the hope that a film or TV show might need it. Depending on the car’s value to the film, fees range from a curled sandwich in the crew canteen to a few hundred pounds.

Whether or not his cars are being used, Motorhouse may ask Kevin to go along to the shoots to make sure the vehicles are being treated properly. As he did with Brad Pitt, he may also be required to teach the actors how to drive them. It’s a big responsibility, since in the hands of an inexperienced thesp, something like his Model T could be lethal. 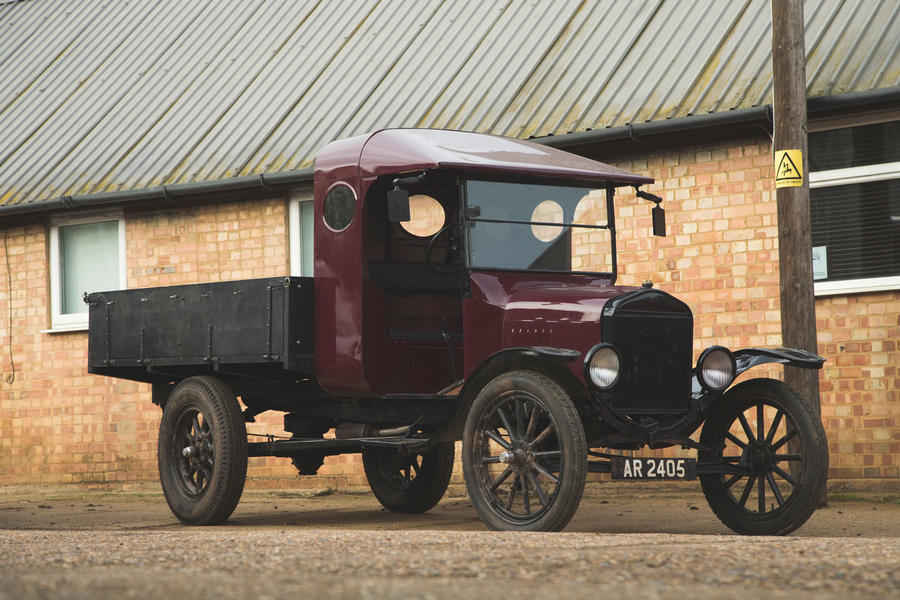 He gives me a quick lesson in operating it. After you’ve started the engine, you shift the handbrake to its central position. Then you press and hold down the left, or gearchange, pedal. Next, you open the hand throttle on the steering wheel a little and advance – or was it retard? – the ignition on the opposite side. You should now be rolling forward so, once you’ve picked up speed, you move the handbrake forward a bit more and release the left pedal to move into top, or second, gear.

To stop, you gently press the left pedal to pop the transmission into neutral. The problem is, nervy actors are likely to stamp on the pedal, slamming the T into first gear and catapulting it towards the star or, even worse, the director.

“Driving one of these takes lots of practise,” says Kevin. “Few actors have the time or patience. However, Allan Leech, the actor who plays Tom Branson, the chauffeur in Downton Abbey, has driven this one and is really expert.” 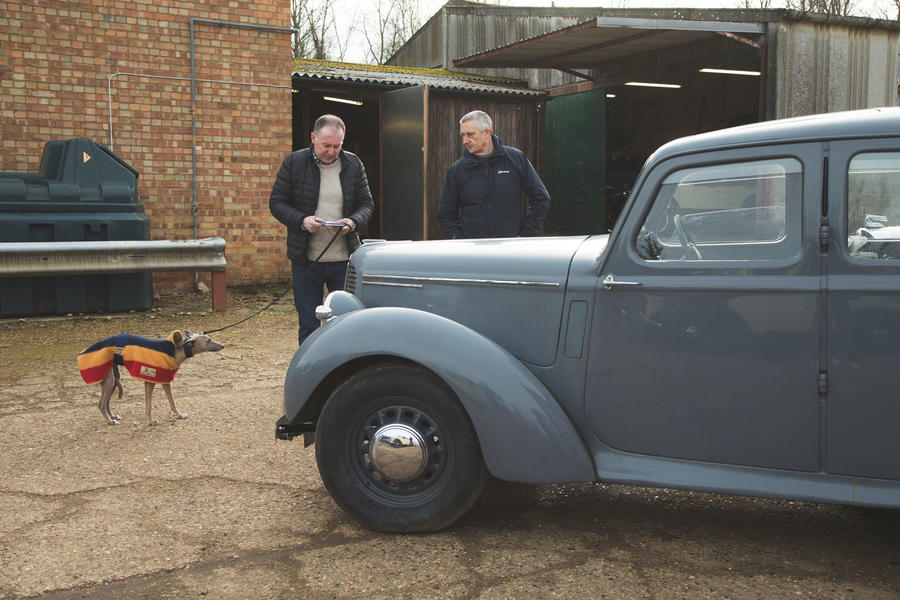 Just like actors, cars, too, have their pecking order. At the top of the tree is the so-called ‘hero car’. As an example, Kevin cites the Mini Clubman he sourced for the Theory of Everything (2014), the Stephen Hawking biopic. Another, he says, is his 1932 Ford Model Y used in Mary Poppins Returns and which is driven by the solicitors who threaten to turf the family out of their home.

To my mind, this sounds more like what he later tells me is a so-called ‘character car’ – one below the hero car and which is driven by supporting actors. An example is his magnificent Buick Model 40, the interior of which was used for the opening scenes in Hyde Park on Hudson (2012).

After the character car, says Kevin, comes the ‘dressing car’ that’s used to fill a street scene, say. An example is Kevin’s Mitsubishi Outlander, which was used in Kingsman: The Secret Service (2014) and the forthcoming Last Christmas, about George Michael, and Toff Guys, directed by Guy Ritchie. His Peugeot 207 was also a dressing car in Last Christmas. 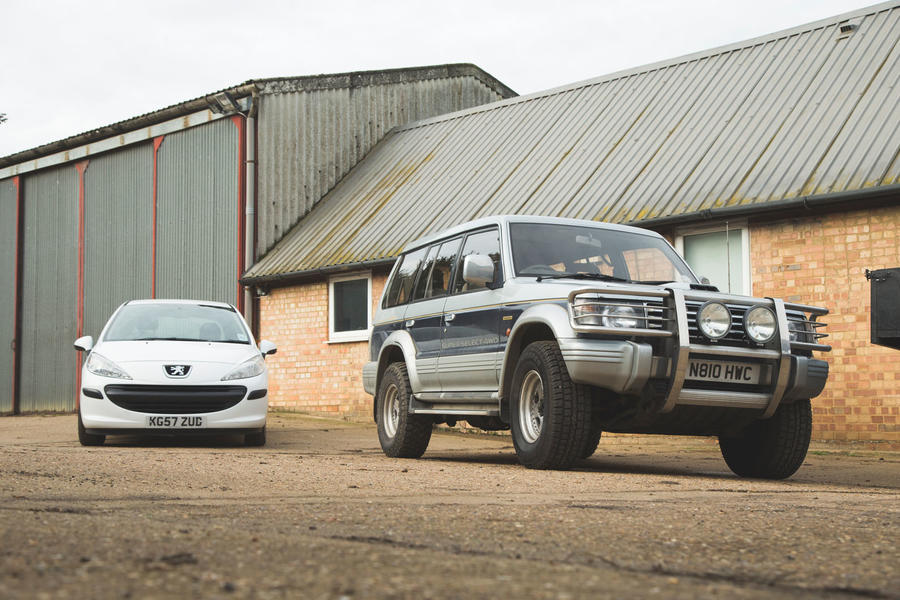 Another film the Outlander appeared in was Tomb Raider (2018), but Kevin says the production is more memorable for an incident during rehearsals involving a group of racing cyclists who accidentally piled into the side of a stationary McLaren.

One modern car from Kevin’s collection that I’m sorry to miss is his 2015 Ford Fiesta 1.0 Ecoboost, a former dressing car in Tomb Raider and Last Christmas. His wife has taken it to go shopping.

Kevin’s job isn’t all Hollywood blockbusters. After he’s finished with us today, he’s off to Peckham for the filming of a Kentucky Fried Chicken commercial that requires his 1998 Ford Escort GTI. 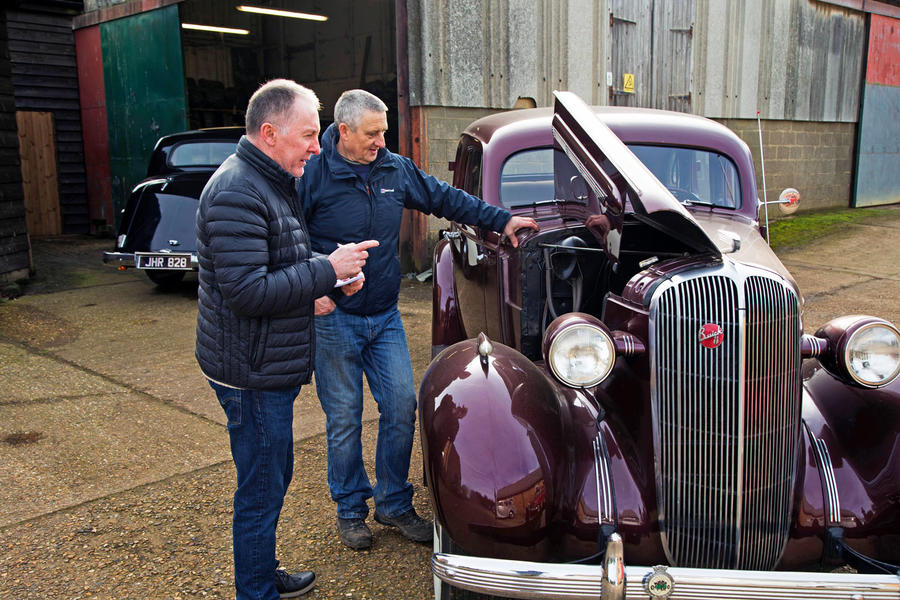 “I’ve only just been told where the shoot is,” he says. “It’s one of the perils of the job. Often you don’t know until the last moment where and what time you’re required. Early starts and late finishes are common.”

I bet he and Brad have a good moan about those.

This article was originally published on 31 March 2019. We're revisiting some of Autocar's most popular features to provide engaging content in these challenging times.

Remembering the DeLorean on Back to the Future Day​

The stars behind the cars: why high-profile engineers are becoming famous​

The forgotten cars of James Bond​