BACK TO ALL NEWS
Currently reading: Farewell to the V12: celebrating the endangered engine
UP NEXT
Hope for Bloodhound LSR project as sponsor talks start again

Farewell to the V12: celebrating the endangered engine

The days of the V12 are numbered. We prepare to bid farewell to this most glorious of engine configurations and look at why it’s so special
Open gallery
Close

Sometimes it seems we’re drinking in the Last Chance saloon where engines we actually want in our cars are concerned. But, of course, we’re not. A last chance offers at least the hope of redemption, an opportunity to mend our wicked ways. But so far as the V12 engine is concerned, it’s the No Chance saloon, the place you go to get absolutely plastered before being wiped off the face of the planet.

Which is why there are so many of them. If I can be allowed to mix my metaphors, it’s called making hay while the sun shines, because everyone can see it’s about to slip beneath the horizon, never to return.

BMW has one, as does Bentley (okay, a W12 but let’s not sweat the small stuff here), Aston Martin, Ferrari, Lamborghini, Rolls-Royce and Mercedes-Benz, such as that fitted to this S65. And let’s not forget that Cosworth has recently been commissioned to design from scratch brand-new V12s for both Aston Martin’s Valkyrie and Gordon Murray Automotive’s T.50. You’d barely believe there was a problem at all. 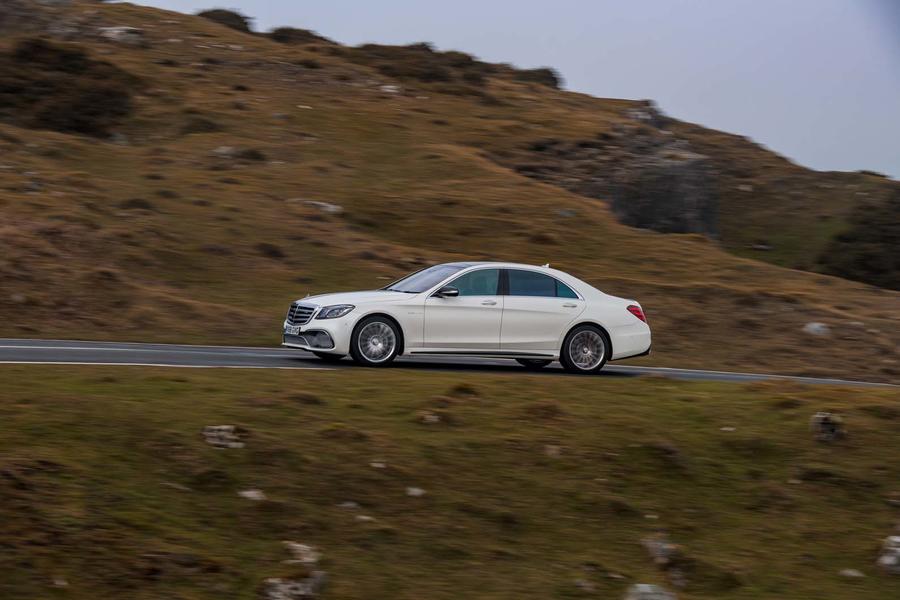 But now ask yourself how many will still exist five years from now. Well, the Cosworths will have been and gone, I doubt BMW will persevere with its one and we know the Mercedes motor is right on the point of quitting and will not be replaced. Which leaves the Italian supercar manufacturers, both of which have been defined by the V12 from the very day they were founded, Rolls-Royce, which, I imagine, will be heading down the all-electric route long before then, and Aston Martin. We know Aston’s twin-turbo V12 won’t be going into any Lagonda and we also know the company is heading rapidly down the hybrid route and designing its own in-house petrol-electric V6. I expect it will keep the V12 for as long as demand remains or legislation allows, but will it be replaced? Given how relatively new it still is, I doubt it.

But what is it about the V12 that has made it the most revered engine configuration of all? I think it is the rather wonderful confluence of two factors that lend unique qualities to the V12, as even a short drive in the S65 illustrates rather well. 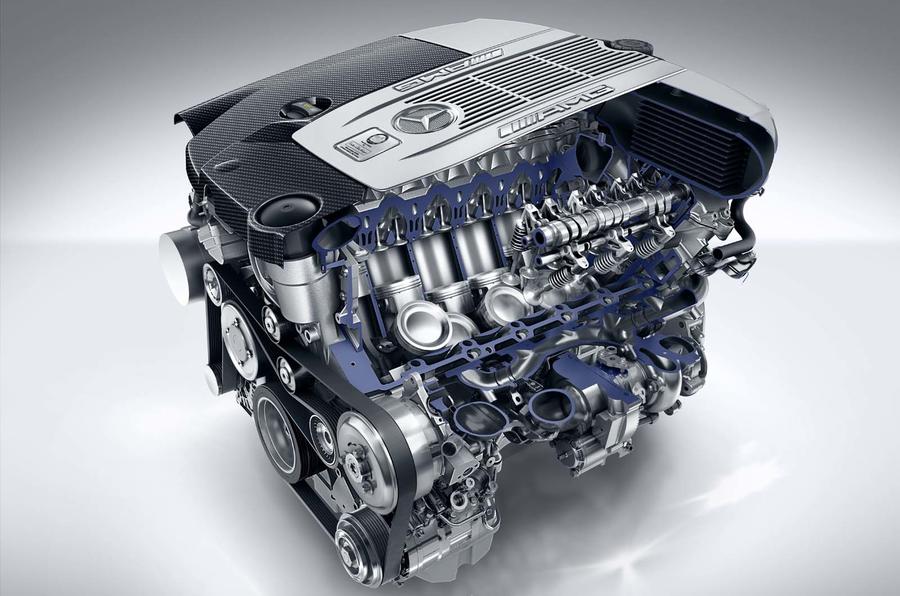 First, there is the refinement. A six-cylinder engine enjoys perfect primary and secondary balance and so, therefore, does a V12, but with twice as many cylinders for any given capacity, the V12 is smoother still, which is why it was favoured by luxury car manufacturers long before it was recognised for its sporting potential. Packard was first to offer a V12 in a standard production car as early as 1916 and soon all the real quality US brands – Cadillac, Auburn, Lincoln and Pierce-Arrow – were at it. The first British production V12 was fitted to the Rolls-Royce Phantom III in 1936.

But V12s aren’t just smooth. For any given capacity, they should produce more power than a V8 or V10 of the same capacity, not least because their moving parts are smaller, have less reciprocating mass and can therefore rev higher and produce more power. That’s why Ferrari has had a V12 on its books for every one of its 71 years on earth. 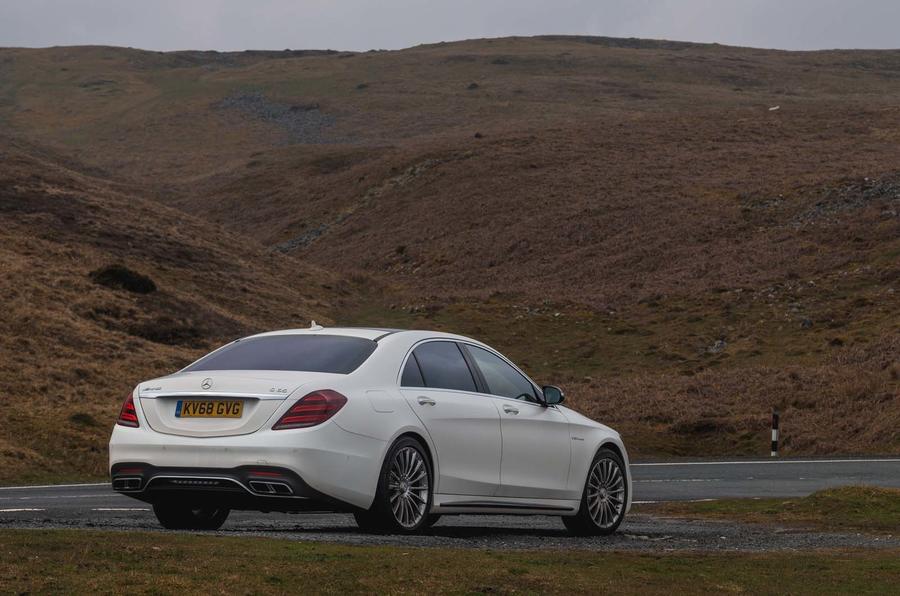 And then there’s the sound. There have been some amazing-sounding cars with different engine configurations over the years – flat sixes, V8s, V10s and V16s among them – but more of the sounds I’d like played at my funeral have been made by V12s than everything else put together. The way a V12 can sound so multifaceted at low to medium revs yet combine them all into a scalp-itching single-note howl at the redline is unique. Listen to a Colombo V12 in a Ferrari 250 GTO, a 7.0-litre Jaguar V12 in an XJR-9 Le Mans car and the Matra V12 used in Formula 1 and sports racing cars in the 1970s and you’ll hear what I mean.

But even in a luxury saloon like this, a V12 adds another dimension. By all objective assessment, the V12 in this Mercedes should have been discarded years ago. Not only is it ancient – its original architecture dates from the mid-1990s – but Mercedes also has far more suitable units at its disposal. The 4.0-litre V8 in the S63 is only a fraction less powerful than this aged 6.0-litre V12 (the one in the GT 63 S 4-Door Coupé is actually more powerful), uses a fraction of the fuel and can be hooked up to a new nine-speed gearbox, unlike the S65, whose old seven-speeder is the only thing on the Mercedes shelf that will take the torque. Benz claims the S65 is a fraction quicker, but there’s no reason to think so: the V12 is so heavy that the S63 has the better power-to-weight and torque-to-weight ratios. 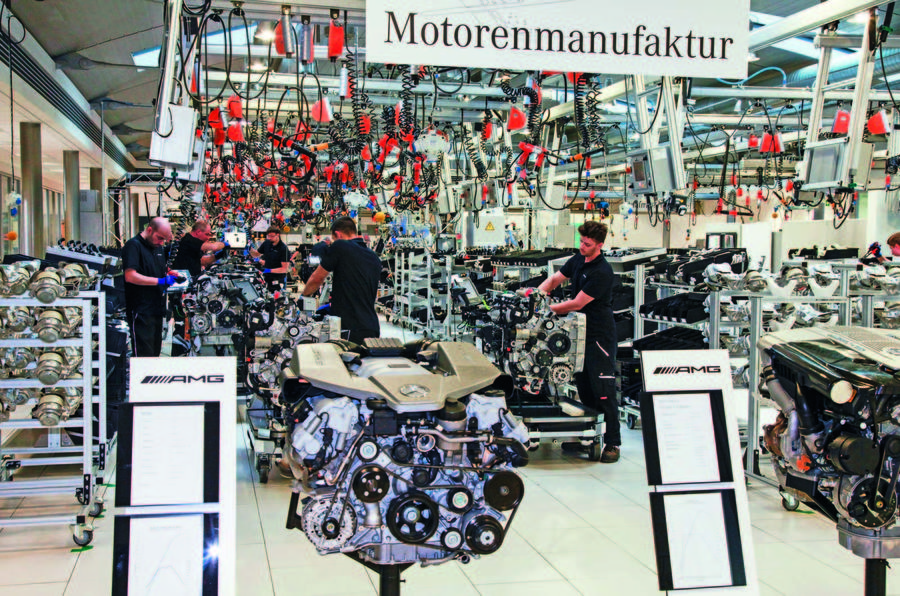 Yet when I went to Mercedes-AMG’s Affalterbach HQ and saw burly men hauling antediluvian V12s around on trolleys and asked why the firm still bothered, the answer was simple: people still wanted them. They didn’t care about the performance figures or power outputs. The only number in which they were interested was the one on the badge on the side of the car. They wanted to have 12 cylinders.

It’s not hard to see why. Clearly, there’s a status thing going on here, which, being honest, doesn’t interest me very much. But the way a V12 delivers its power does.

The S65 doesn’t need nine gears, nor even the seven it has. I reckon three would suffice. The smoothness of this long-toothed motor is something to behold: at low speeds, it’s almost like an electrified powertrain insofar as you’re not really aware of what it is that’s sweeping you along with no apparent effort. But as speeds rise and electric cars start to struggle, a new side to the S65’s character, magnificent in its grandeur, starts to emerge. 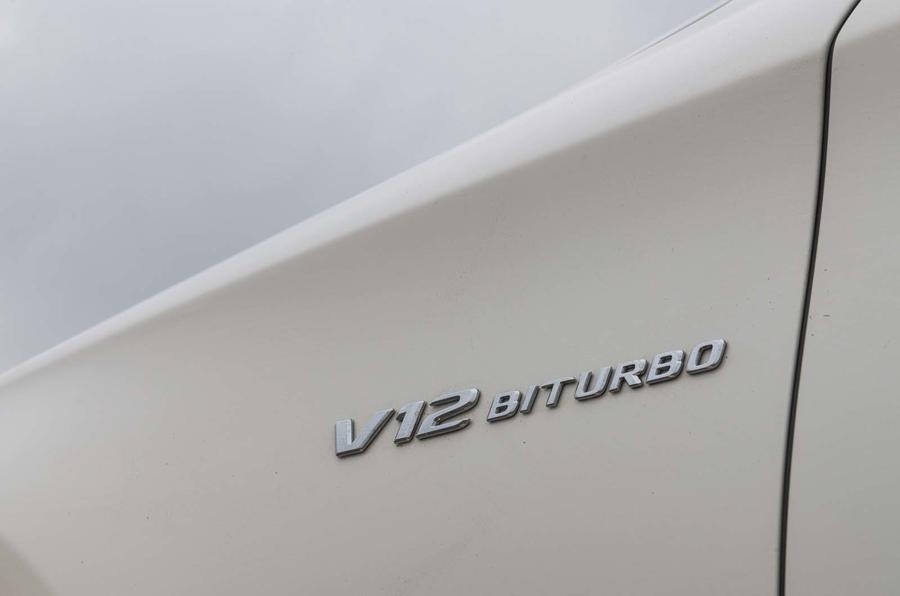 You start to really hear the engine and, here’s the thing, feel it, too. It’s not a howl like that made by the best six-cylinder motors, nor the rumble and thunder of a crossplane-crank V8. In fact, it’s almost impossible to define without resorting to the kind of terms that have become clichés because they describe so well what you’re hearing. So, yes, it is musical, orchestral even, and fascinating. It is a sound that moves you literally and figuratively. It may not be as exciting as a V8, but nor to most was Beethoven as exciting as the Beatles and I think both have earned their place in history.

To me, the V12 is the engine configuration: the purest, the most classy, the best sounding, the best. Any car, however flawed, however dull it may be in other ways, is rendered instantly interesting if it has a bent 12 beneath the bonnet. I don’t know any better than you how many years it actually has left, but I’m guessing not many. But I intend to have a few more drinks in the No Chance saloon before it goes.

The greatest V12s ever made 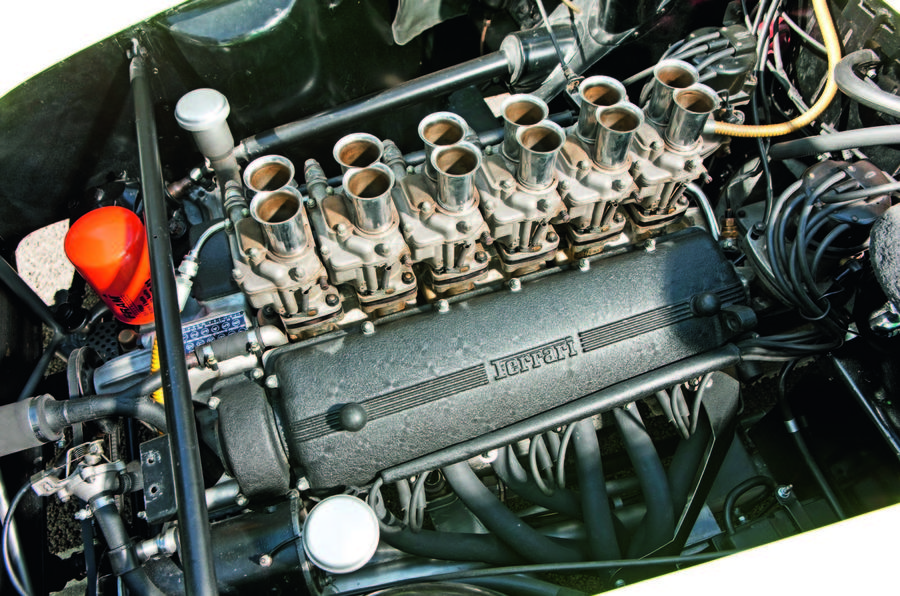 Ferrari Colombo V12: This engine powered all Ferrari road cars for its first 20 years and many of its most famous racers, too. It started as a single-camshaft-per-bank 1.5-litre motor and ended up as a four-cam 3.3. Think Testa Rossa, GTO, Tour de France, 250 SWB, 250 LM and 275 GTB/4 and you’re thinking of Colombo-powered cars. 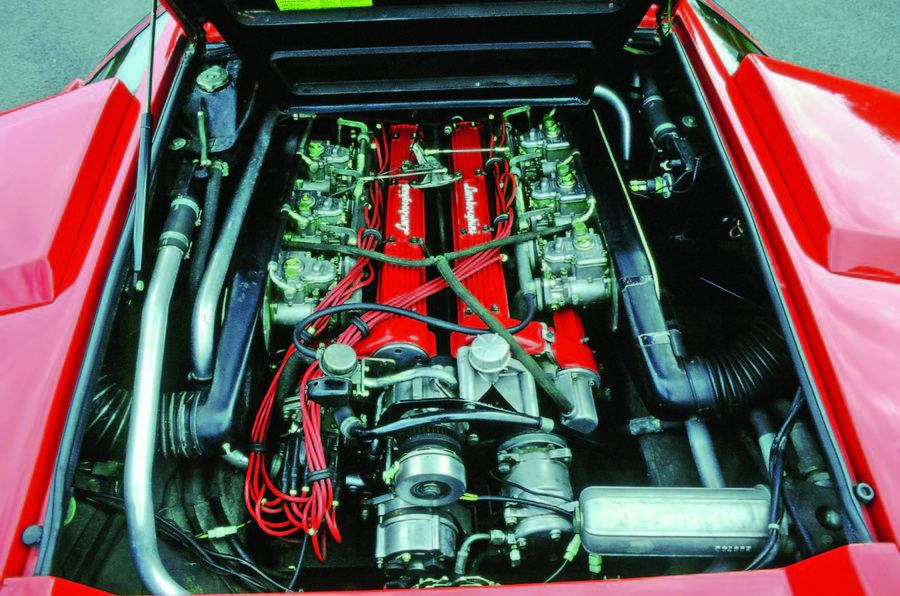 Lamborghini Bizzarrini V12: This powered every Lambo from the original 1963 350 GT to the last Murciélago in 2011, with capacities from 3.5 to 6.5 litres, making it one of the most enduring and versatile engines. A second lease of life was provided by four-valve heads on the 1985 Countach Quattrovalvole. 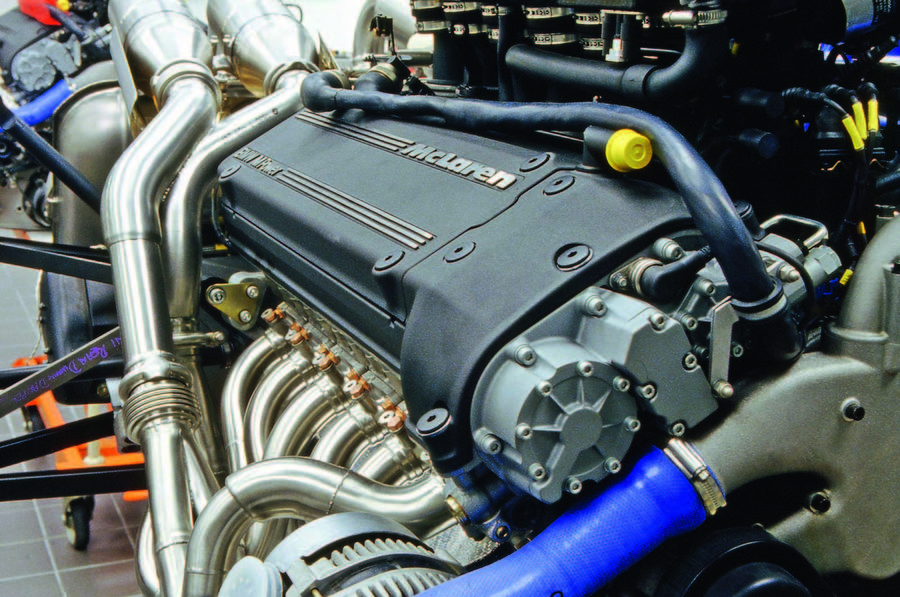 McLaren-BMW V12: Arguments still rage about just how much off-the-peg content was in the McLaren F1 engine but it was certainly more than two M3 engines on a common crank. It was also one of the most characterful and thrilling V12s ever created, not to mention being, at the time, easily the most powerful engine in production. Rolls-Royce Merlin: Okay, so I’m cheating, but a few delightfully unhinged loons have put this quad-cam, 48-valve, supercharged, 27-litre aero engine into cars so I’m counting it. In period, it powered the greatest British warbirds of WW2, including the Spitfire, Hurricane, Mosquito and Lancaster. 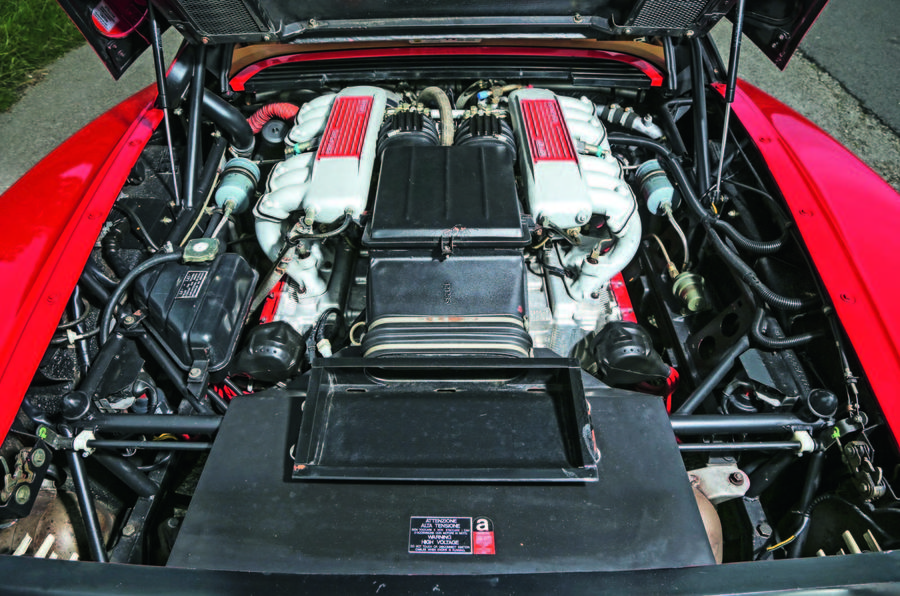 Ferrari Flat 12: Probably the smoothest, most cultured of all road-going production V12s. And, yes, it is a V12 with a 180deg vee angle, and not a ‘boxer’ engine, because its pistons are not horizontally opposed.

This article was originally published on 20 July 2019. We're revisiting some of Autocar's most popular features to provide engaging content in these challenging times.

World’s best V12 engines – and the great cars they powered

Mercedes just confirmed a V12 for the next gen S-Class albeit in Maybach trim only for now - a decision I'm sure they didn't make lightly. If Mercedes assume there'll be a market for V12s for the foreseable future, who are we to assume otherwise?

In days gone by.

In Days gone by, maybe a hundred years ago, if you want a fast car, you had to find the biggest capacity engine you could fit into a Chassis and fit a body around it, some of these engines were 16 even 24 litre behemoths, nowadays with modern technology we're extracting 300, 400hp from as little as two litres, now, the advantage there is, less weight, physically smaller engine, a V12 , other than smoothness, and in another five, ten years ICE power will or is not the power source of choice,yes, great although these engines and others like them, we have to move with the times.

Nothing wrong with a V8.

The V12 is dead, long live the King!
Unless you're Bugatti of course!
View all comments (13)