BACK TO ALL NEWS
Currently reading: Gordon Murray to launch McLaren F1 successor in 2022
UP NEXT
Bentley Batur: new Mulliner car to arrive on 21 August

Legendary designer Gordon Murray, who created the trailblazing McLaren F1, has unveiled an all-new £2.5 million three-seat ultra-lightweight hypercar that, he believes, will beat all rivals – including the Aston Martin Valkyrie and Mercedes-AMG One – for “purity, sense of purpose and ground-breaking technology” when it appears in 2022.

The car will be made in a batch of 100 units over one year by Murray’s own manufacturing company, Gordon Murray Automotive (GMA). It will feature revolutionary ‘fan car’ technology to generate aerodynamic downforce and improve cornering grip. The system is similar to one pioneered by Murray in the controversial 1978 Brabham BT46B Formula 1 car, which won its only grand prix before being withdrawn from competition. 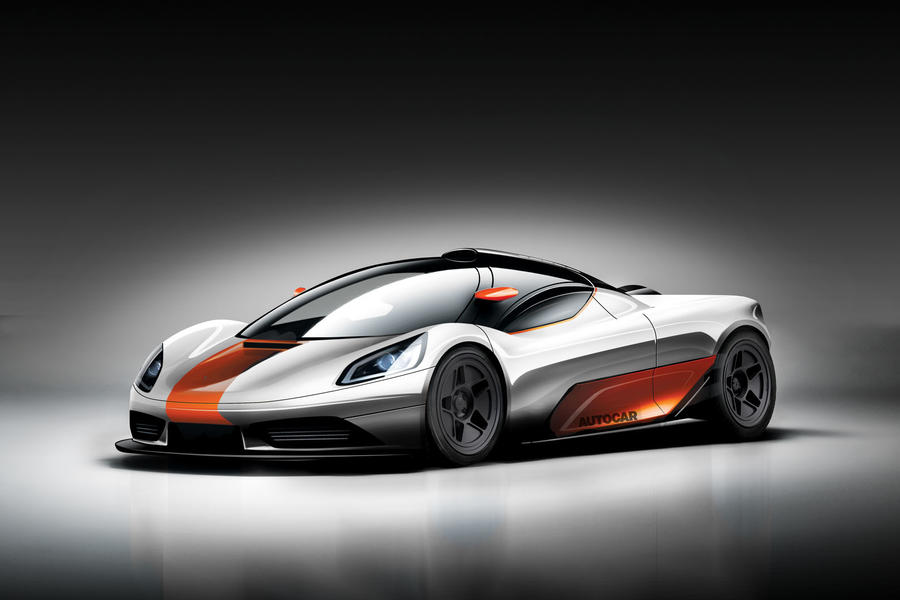 Called the T.50 in recognition of the British designer’s half century of building own-design cars, the new hypercar is an all-carbonfibre, mid-engined, rear-wheel-drive design. It is slightly longer than his 1993 F1 but still smaller than a Porsche 911, at just under 4.4m long.

The T.50 is powered by a compact and lightweight 641bhp 3.9-litre normally aspirated V12 engine, created by GMA in co-operation with Cosworth. The transmission is a classic six-speed stick-shift manual gearbox built by Xtrac. Although the T.50 uses a 48V electrical system to power the 400mm-diameter fan that creates most of its downforce, the car will not use hybrid tech because Murray feels it’s too heavy and complex. He noted that the T.50 draws efficiency from a lightweight design. The T.50 is expected to have a power-to-weight ratio equal to the specially lightened F1 GTR race car that won the Le Mans 24 Hours in 1995 and the hybrid-powered McLaren P1 and Ferrari LaFerrari.

But Murray said he won’t be chasing particular performance statistics or circuit times because he believes such exercises compromise the car. “The F1 turned out to be quick,” he said, “and T.50 will be quicker.”

Like the F1, the T.50 has an all-carbonfibre tub chassis, clad with carbon panels. All are designed to meet current crash legislation and the car has a single airbag for the driver. The three-seat layout allows it to be radically cab-forward.

No subframes are needed to carry the suspension. The rear suspension mounts directly onto the aluminium gearbox housing and the front suspension’s mountings are bonded, race-style, into the carbonfibre chassis structure.

Murray decided against using carbonfibre for suspension components or wheels, believing they wouldn’t offer the durability a road car needs. All suspension parts are aluminium except for the steel rear lower wishbones. The brakes are carbon-ceramic discs, with ABS. The car also has traction control, but in line with Murray’s desire for maximum driver control, there’s no chassis stability control. Suspension is by double wishbones at each end, with coil-over units mounted inboard and connected by linkages designed to provide rising rates that resist aero loads as speed increases. There is generous static and low-speed ground clearance.

Wheels and tyres are modest for a supercar: 235s mounted on 19in wheels in front and 295s on 20in rims behind. “We’ve chosen these because they’re all we need,” said Murray. “It’s another part of the virtuous circle. They save static weight, unsprung weight, and intrude less into the body.”

The T.50’s 3.9-litre engine is extremely small and light for a V12. According to the designer’s instruction, it is also very high-revving, redlining at 12,100rpm with a hard limit of 12,400rpm, and it produces slightly more power than the F1’s 6.1-litre V12 engine of 1993. Internal details are secret for the time being, but Murray did say “everything’s titanium”.

Engine flexibility and torque (341lb ft) are “no problem”, said Murray, because the engine’s variable valve timing – working with driver-selectable high or low-speed engine maps – should ensure it works as well in traffic as on track. He added that, when a car weighs 980kg, you don’t need as much torque as with a heavier machine.

The choice of a six-speed manual gearbox, built by Xtrac, is perhaps the T.50’s only less than progressive aspect. The decision to use it follows requests from a “secret list” of potential clients who prefer the “involvement” of a stick-shift, a view that dovetails with Murray’s own preferences.

The T.50’s most eye-catching feature is its 400mm-diameter, electrically driven fan, which creates downforce under the car to increase stability and cornering power, literally sucking it onto the road. 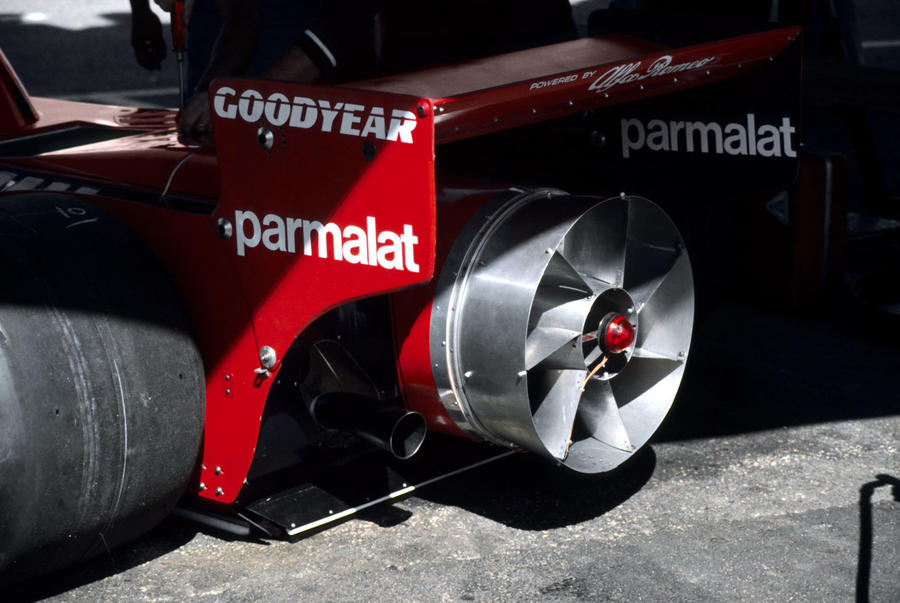 Murray described its functioning as “active and interactive”: it automatically configures the car for different conditions but can also be controlled by the driver. It can create high-downforce modes for wet roads, or low-drag modes for very fast cruising, and everything in between. It can even produce low drag for straights and high downforce for corners while you drive.

Another vital advantage, Murray said, is that the car can retain a purity of design simply not possible in existing supercars, which are covered with “unsightly wings, outlets, vents and bulges”.

Murray’s preference for a central driver’s seat, with a passenger seat on either side, gets full expression in the T.50, whose credentials as “the last great analogue supercar” are stressed by its traditionally styled analogue instruments and switches, dominated by a large central tachometer. Access to the surprisingly large cabin will be via a pair of dihedral doors. The seats will be relatively thinly padded, but perfectly shaped, to save space.

As with the F1, exaggerated attention has been paid to providing first-class visibility and ventilation, and Murray is currently deciding which audio provider to approach to create a special lightweight system.

Murray said much of the T.50’s design is completed, with major masses now frozen into place. He has struck a deal with a yet-unnamed Formula 1 team to use their moving floor wind tunnel for aerodynamic testing. Work has just begun on the first mule car, while Cosworth works on early engine hardware. Everything is on schedule, said Murray, for the planned batch of 100 cars to be started and finished in 2022.

“Back in the 1990s, I designed the F1 as a sort of super-GT car,” he said. “It was absolutely road-focused and we had no plan to go racing, which is why it set new standards for packaging and road space.

“The T.50 has exactly the same focus and betters the F1 in every area. It’s hard to imagine anyone doing a car like this again. I certainly won’t.”

I would assume two things, one, that there is enough serious interest in this for it to be announced, and two, that he has enough confidence in the design to announce the figures that he has. If I had to add a third, it would be, as with the F1, the price is ex vat and local taxes (so 3 million + with taxes in the UK).

Sounds like a last gasp to be relevant when the world has moved on.