BACK TO ALL NEWS
Currently reading: Factory fresh: driving the 300,000-mile Ford Mondeo
UP NEXT
Rolls-Royce Ghost gets Black Badge treatment

You’d have to be mad to buy a car that’s logged the equivalent miles for a journey to the moon, or would you?
Share
Open gallery
Close
Share story

Generally speaking, a spaceship destined for the moon is a tiny capsule stuck on the end of a huge, pointy rocket somewhere in sunny Florida. But the spaceship we’re looking at is a family hatchback at a used car dealer in West Drayton, off the M4.

In fact, it’s a 10-year-old Ford Mondeo 2.3 Ghia X auto that has done 293,000 miles, or a bit more than a spacecraft does on its way to the moon. It’s for sale at Trade Price Motors, a large used car lot at the end of an industrial estate. 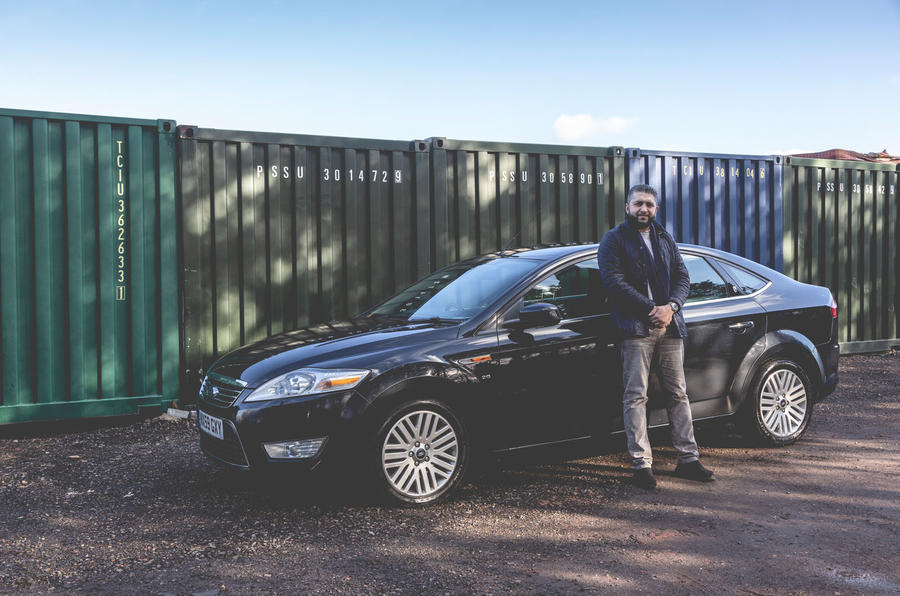 “Sixty thousand miles is most car buyers’ first sticking point,” agrees Mark Bulmer, senior valuations editor at Cap HPI. “Then it’s 100,000, but anything over 150,000 miles and condition is everything, to the extent that the price difference between a car with 200,000 miles and another with 300,000 is negligible.

“This is because modern cars can take high mileage. In fact, doing lots of miles is better for a car than doing too few when the oil doesn’t get hot enough to circulate properly. Rust used to be the big killer, but now that car makers have fixed that problem, if a high-mileage car has been serviced regularly, it’ll be fine to buy.” 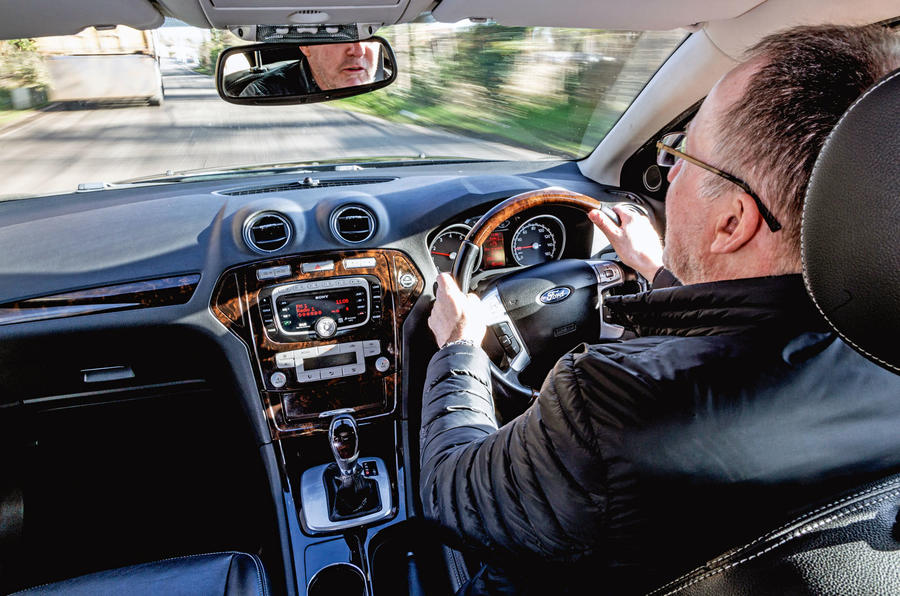 On the strength of TPM’s Mondeo space capsule, Bulmer may have a point. Incredibly, its slotted alloy wheels, shod with matching, premium Goodyear rubber, are pristine. Its paint is original and its body is free of dents and scratches. Inside, its cabin looks as if it’s been lifted from a 3000-mile car rather than one that has done 100 times that. The ‘walnut’ trim gleams and the black leather seats look as fresh as the day they were fitted. Only the part-wood and leather steering wheel looks faded and is beginning to peel.

Time to fire it up. Being a Ghia X, the Mondeo has keyless ignition, so I press the start button. The 2.3-litre engine settles to a quiet tickover. During a rare break in the passing traffic, I pop open the bonnet to listen more closely, expecting to hear the shuffle-shuffle of the auxiliary belt as, for the umpteenth time, it follows its tortuous path. Nothing – not even a squeak. The engine is dry but not corroded. The battery terminals have fresh grease on them. 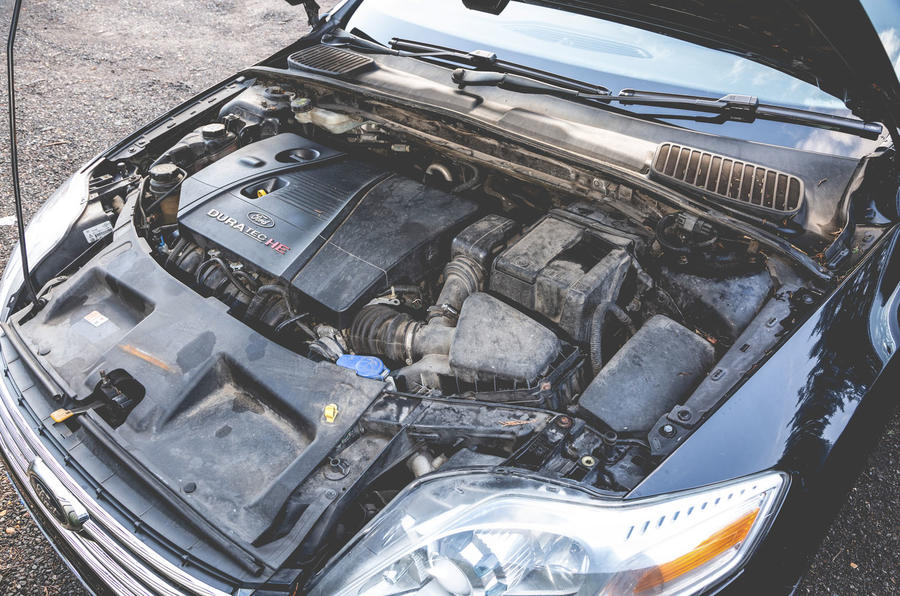 It’s disappointing to see there are only nine stamps in the book (all Ford main dealer), but because service histories can get a little hazy at spaceship mileages, I’m willing to believe it’s an incomplete record.

It’s got to be worth a run up the road. I select Drive and squeeze the throttle. The big Mondeo rolls across TPM’s granite chippings and potholes incredibly smoothly. I expected to feel some looseness in the suspension and steering rack bushes, but everything feels tight.

Out on the road, it picks up speed smoothly. The traffic clears, so I knock the gearshift into Sport and try a few downchanges. The transmission responds without fuss, although the petrol engine feels lethargic, as I’d expect with just 159bhp to give. My old 2007 Mondeo 2.0 diesel auto was much gutsier.

The steering wheel is dead straight, the brakes pull up powerfully and the engine temperature is good. Back at Trade Price Motors, I check the dual zone climate control, tyre pressure monitoring system and parking sensors. They all work. 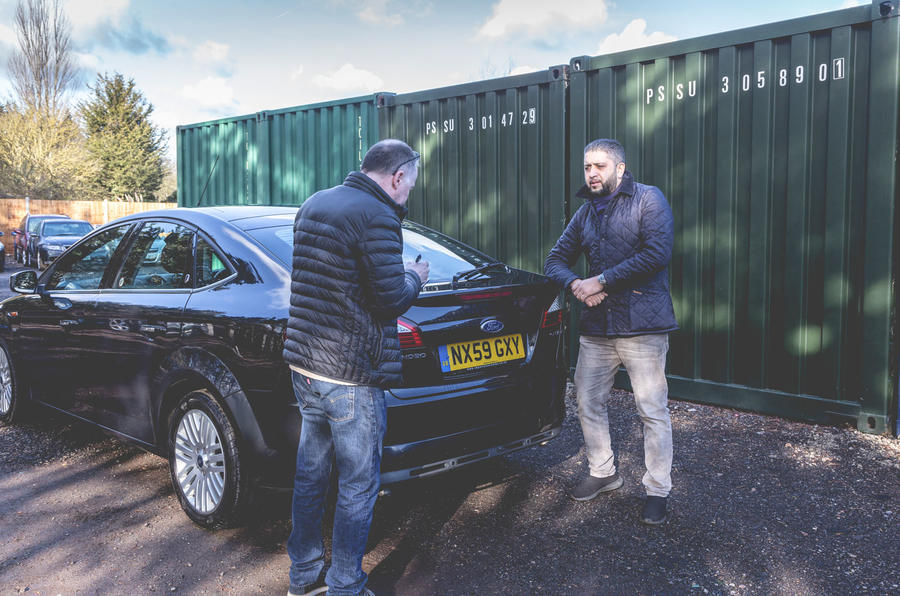 Kashif ‘Sam’ Sheikh, the dealership’s general manager, rushes over for my verdict. As we coo over its condition, he says he’s putting up its price – from £1250 to £2495: “The boss was giving it away.”

Bulmer isn’t surprised by the Mondeo’s condition. He says most Fords take high mileage exceptionally well. Not only those but Mercedes, Volvos and most Japanese and Korean cars also. Even, he says, old Land Rover Discoverys. He should know about those since he’s Cap HPI’s valuations expert on SUVs. One of his favourites is the Toyota Land Cruiser.

“They just keep rolling,” he says. “Mileages over 100,000 are common. In fact, in the past week alone we’ve seen four with well over that figure.”

It gives me an idea… From West Drayton I nip part-way around the M25 to West Byfleet, to meet dealer Russell Baker of Baker Brothers. He’s selling something that I reckon Bulmer, a former Land Cruiser owner, would approve of. It’s a 2000 V-reg Colorado 3.0 TD – with 270,000 miles. “We’re big fans of high-mileage Land Cruisers,” says Baker. “They’re top value and take everything in their stride.” 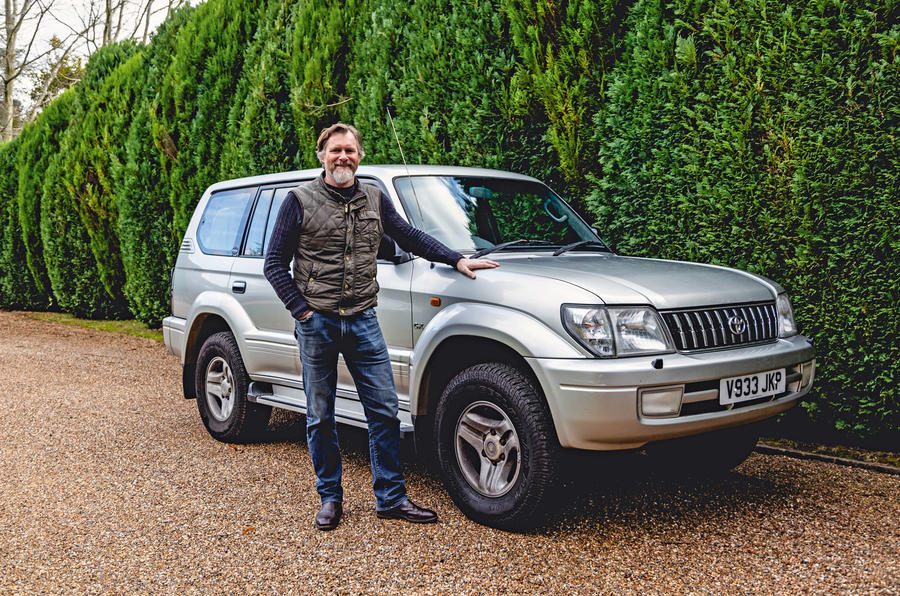 His Colorado has good provenance and a great service history. It had one lady owner from 2002 to 2017. She did 200,000 miles in it and had it serviced on the button by a main Toyota dealer. It’s in excellent condition, inside and out. The engine looks great. Its two batteries are still wrapped in their smart, black jackets.

“Few owners and good service history are things to look for but condition is everything. If it looks good, it probably is.” 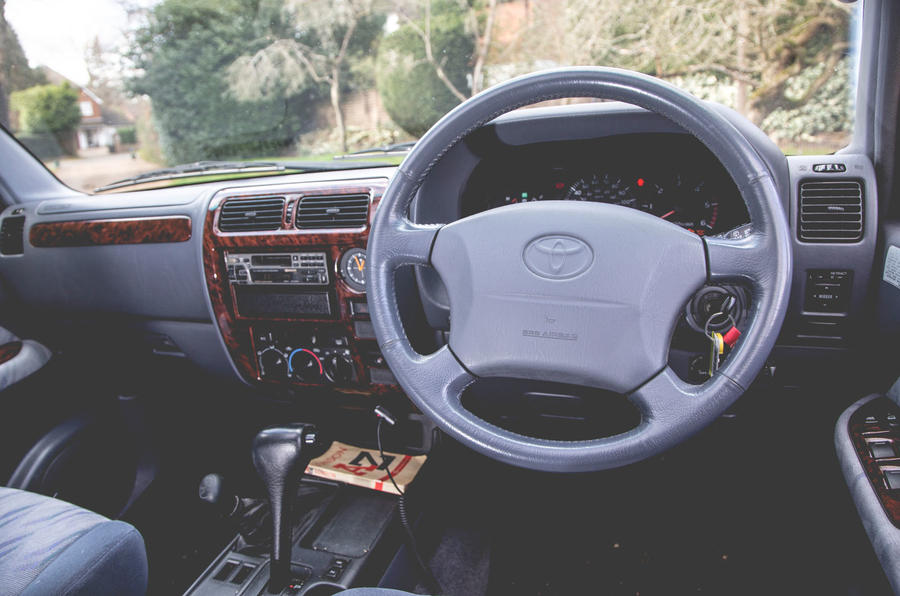 It’s only four years old but we found a 2015/65 Toyota Aygo 1.0 VVT-i X-Play that has done 260,000 miles with its one owner from new and has a full service history. “They were all motorway miles and it drives like new,” says the seller. The owner works in social services, and the car has spent its life shuttling people the length and breadth of the country. We arranged to view it, but during the intervening weekend it was sold for £3490.

This article was originally published on 21 April 2019. We're revisiting some of Autocar's most popular features to provide engaging content in these challenging times.

Why high-mileage cars should rule the roost​

Driving a Lamborghini Murcielago with 258k miles on the clock​

James Ruppert: a cheap used car could go the distance, but should you?​

Stupid system, why didn't my

Stupid system, why didn't my reply post with the quote?

My take is that those who are reffering to keeping an old car running as being more environmentally responsible are reffering to global environmental issues that building a new car contributes to, that and the cost to earth resources, as opposed to reffering to local air quality which is obviously better if we all drive hybrids or EVs, and I totally agree with you, I too would rather live where the local air quality is better, but as to which way is better for global environmental emissions is concerned I do not know.
However that Mondeo is a great car for a large ish family, as it is a safe car with plenty of space and is cheap to buy, I personally would go for something smaller and cheaper to run, but it has to suit your needs, the cheapest EV is something like a citigo which wouldn't suit everyone's needs size wise let alone range etc and is is still nearly a £20k car, so a modern EV is definitely not the answer for many, myself included, and I think the same rationale can be had for a hybrid.

I can remember walking down Renfield Street in Glasgow where the fumes caught on the back of my thoat and made my eyes water. The air was blue mist and the smell of petrol and diesel strong. Similar story when I worked in Holborn in London. At lunchtime in summer we'd go to the pub but no chance what so ever of enjoying a pint outside in the sun - you'd literally have tears in your eyes.

So that 300,000 mile Mondeo, or whatever other old banger it may be, is more environmentally friendly is it? We scrap old cars, vans, lorries and buses for a reason.

And don't even get me started on how less safe those older vehicles are.

I can remember walking down Renfield Street in Glasgow where the fumes caught on the back of my thoat and made my eyes water. The air was blue mist and the smell of petrol and diesel strong. Similar story when I worked in Holborn in London. At lunchtime in summer we'd go to the pub but no chance what so ever of enjoying a pint outside in the sun - you'd literally have tears in your eyes.

So that 300,000 mile Mondeo, or whatever other old banger it may be, is more environmentally friendly is it? We scrap old cars, vans, lorries and buses for a reason.

And don't even get me started on how less safe those older vehicles are.

Scotty5 - actually comes down to your perspective of where environmental impact matters - I would argue that it is global and not about your lunchtimes in Holborn.

You don't see the consequence of the precious metal mining industry or of vehicle manufacture in Holborn. New vehicle use takes the impact away from point of use and appeals to a certain type of consumer. Is a marketing thing.

In CO2 alone according to projections by a major manufacturer an average new electric car will break even with a diesel at approx 150000 miles and that is without factoring in the impact of mining. Very few people are doing these millages.

Since then I ran an Astra Estate from 0-109k until a truck squashed it, while the present Focus is 129k+ and runs nicely.

Wasn't so happy with an Ibiza mind, nor a Mondeo Estate, so I guess luck does still play a part!