BACK TO ALL NEWS
Currently reading: The dark side of owning a car collection
UP NEXT
Hope for Bloodhound LSR project as sponsor talks start again

The dark side of owning a car collection

If you're not careful, your dream of owning a fleet can turn into a nightmare of paperwork
Open gallery
Close

The mild epiphany came last year: I am probably the world’s worst small fleet manager. Apart from not quite knowing how many cars I had – 12, 13? – most of them had no MOT, no tax and few were runners.

This is the challenge of having a deep-seated urge to own a car museum, a busy job and limited mechanical skills. Having this many cars might suggest that I’m loaded, but no – most of them are cheap cars, bought cheaply.

One reason there are so many is a large one-time chicken shed. It’s eight miles from home and shared with an enthusiast mate and some other friends who store the odd car there. But it’s only the odd car. Most of them are mine. Once you have a space like this, the overriding temptation – for me, at least – is to fill it. 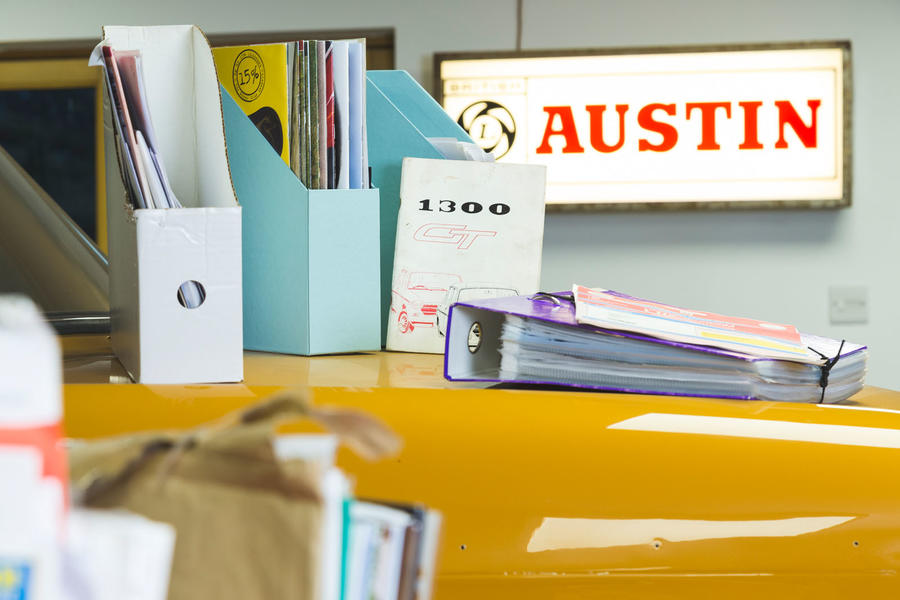 At its peak, mate Bryan and I have established that you can get 17 cars in if some are narrow enough to allow three abreast storage in this long, thinnish space. Having to park the cars in two nose-to-tail columns sometimes means quite a bit of shuffling, but this is far from the biggest impediment to enjoying them.

Instead, it’s me, and around 13 box files of documents, one for each car. They contain V5s, MOTs (mostly expired), repair bills, handbook packs and assorted historical paraphernalia, and if you’re to have a hope of keeping on top, you need to know not only the mechanical status of each car, but also whether it has MOT, tax and insurance.

Insuring them is easy. Most of them are on one classic policy renewed annually with Hagerty. That the policy is good value is another reason I have so many: it doesn’t cost much to add a car on, presumably because the insurer has worked out that you can only drive one at once, and because they won’t be getting used most of the time. Or any of the time.

Of course, I could use a spreadsheet. But that begins to turn the hobby into something like work and, when you look at it, rather rams home how much work there is to do. So I don’t have one. Instead, there’s a single A4 sheet with each car’s status on it. Sometimes, it gets updated. Mostly, though, I know which of my cars are road legal and, this year, following the epiphany, more are. Friends have sometimes helped – Bryan performed a full BMC-style service on my 1963 Austin Mini – and so has the nearby garage. Apart from the local used car dealer, I’m probably their most regular MOT customer. They let me descend into their pit to inspect the rust beneath each classic, which is useful, although it can lengthen the to-do list. 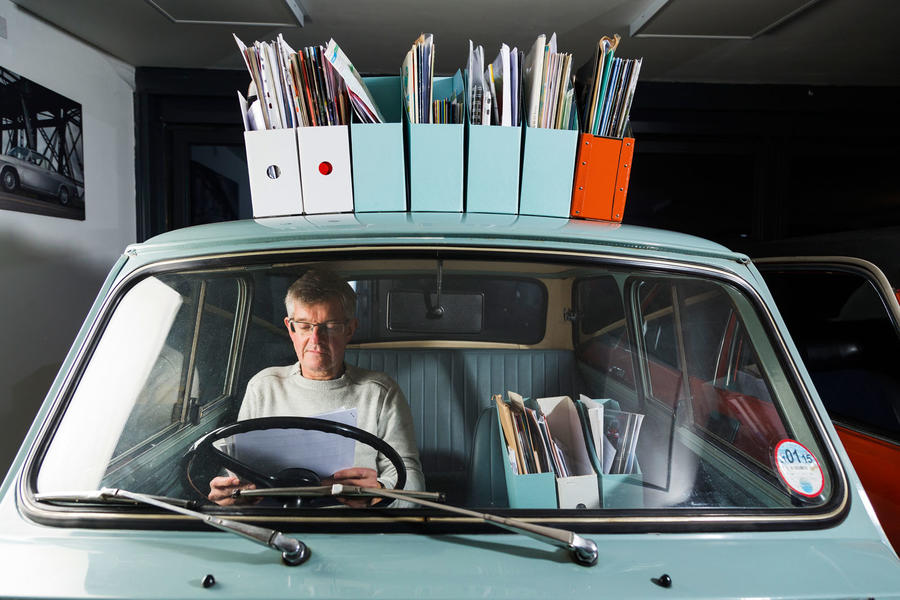 There has been quite a lot of descending into the pit this year, with no fewer than seven of the 13 being submitted for MOT, several of them passing first time. The most troubled was the newest, in fact – a Y-registered BMW-era R50 Mini Cooper. There’s a club for these, the R50 on sale for only three months before the plate changed to the new-style 51, so by definition any Y-reg Mini will be early. Mine is the 155th, and it failed on brakes, several glowering warning lights and headlamp aim. I did the rear brake disc change, the local garage the rest. The ABS light was extinguished for a confirming test drive and the MOT before illuminating again. Damn. It’s back at the garage as I write this.

There has been more success with the Triumph TR7, Austin Mini, Citroën AX GT, Chevrolet Corvair, Austin Metro and Leyland Princess – all winning a ticket and most in fine fettle. The Metro is now sold as part of a pruning quest to get (slightly) more sensible.

Still, I have the choice of driving any of those MOT flaunters, plus the Abarth 124 Spider that I bought sooner than intended because I got a crazy 33% discount. I’ve put barely 2000 miles on it, and far, far less on any of the others. So why acquire so many when there isn’t enough time to drive them, let alone do the necessary maintenance to keep them alive?

It’s an obvious question. And one I might just have been asked before. Partly, it’s the thrill of the chase. Part of it is nostalgia for my days at British Leyland, and a love for Italian cars. Part of it is the hoarding instinct and the no more than semi-suppressed desire for a museum. And part of it is about rescuing interesting (to me) orphan cars at risk of extinction. Which explains the 12,000-mile TR7, the ultra-rare Mk1 1750 SS Allegro, the 26,000-mile 1963 Mini Mk1, the 12,000-mile Metro and the low-mileage Leyland Princess.

I mean, how often does a 16,000-mile Leyland Princess turn up? Hardly ever, which is why I felt compelled to buy it. True, it didn’t run when I bought it seven years ago, and it’s only running properly now, but this car is rarer than a Ferrari 328. With good reason, you might quip, but if you want a technically interesting piece of wedge-tastic 1970s memorabilia with a vinyl roof, it’s hard to top. The others? Some are reassembly projects to be enjoyed, a few more will be sold and, if I can manage it, the ones that now have MOTs I’ll keep that way. The tickets will fill up my box files.

Blast in the past: How to rent a classic car

I thought you were keen on Suds etcetera or is that another RB?

It's an interesting approach to have a collection of cars best known for their commercial or technical failure. The BMW Mini is an obvious exception and should be got rid of immediately!

Put 'em in a museum

Richard, I imagine you will know this but there is a fellow oop north, Richard Usher, who is creating an interactive museum for cars just like this.  Called 'The Great British Car Journey' it is based in a large former mill near Matlock in Derbyshire.  Usher also owns the Blyton Park circuit near Gainsbrough.  Why not lend your cars to him and let him do the paperwork?