BACK TO ALL NEWS
Currently reading: Why DS X E-Tense isn’t another ‘boring’ concept car
UP NEXT
Motoring heroes: the most inspiring people in the car industry

The DS X E-Tense concept car, unveiled late last year, is the French firm’s vision of what motoring will look like in 2035 – with DS design chief Thierry Metroz calling it a direct response to “boring” concepts from other firms.

The three-seat concept, built largely on the running gear of a DS Formula E car, features a highly unusual asymmetric design, which was inspired by a sidecar motorcycle. It features an open-top driver’s seat that echoes a single-seater cockpit combined with a spacious covered passenger pod designed for relaxation. 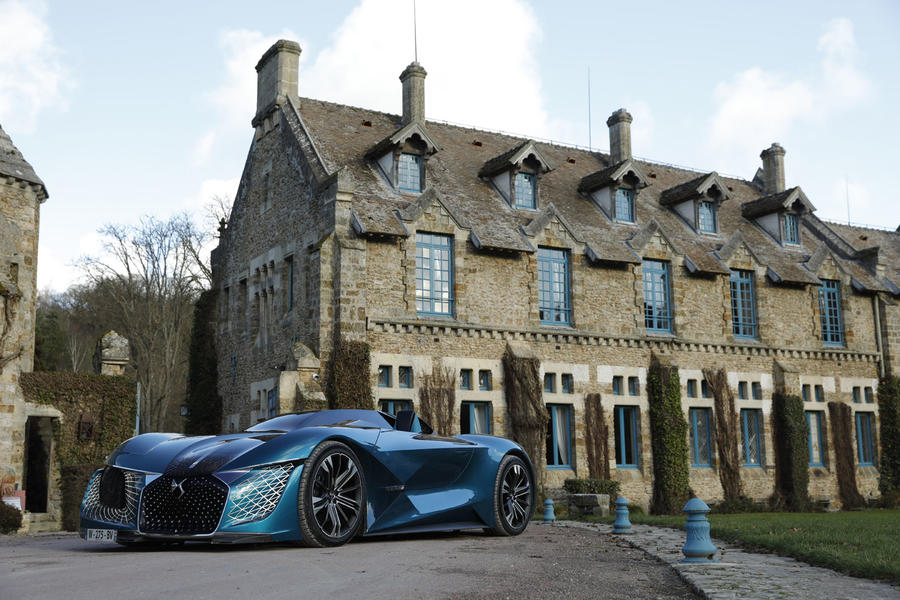 Powered by two Formula E electric motors that combine to make 536bhp – and 1341bhp in circuit mode – the concept previews a machine with autonomous capabilities, allowing the owner to choose between an intense driving experience or being driven in comfort.

Metroz said the X E-Tense aims to show how the firm can marry autonomy with driving experience. “When I look at electric and autonomous concepts from other brands, I am really afraid,” he told Autocar. “They all use the same design philosophy: they are white and look like something between a washing machine and a phone box. There is no soul or emotion. It’s really very boring. 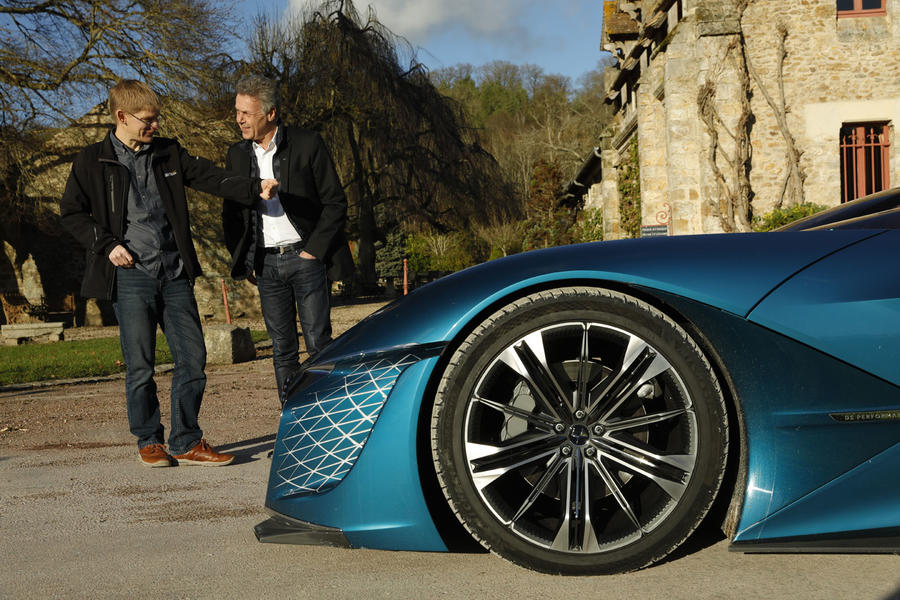 “That’s not our philosophy. We are sure that in the future, even if we do an autonomous car, customers will still want emotion and adrenalin, and to own a beautiful object with a lot of character.”

The X E-Tense uses the basic frame of the Formula E car, with the motors at the front and the battery at the rear. That allows it to be lower than most ‘chocolate bar’ electric cars with batteries in the floor, which, Metroz said, was needed for the “slim sports car concept”.

The car also features some other innovative design features, including an LED ‘light veil’ instead of headlights, and a 3D-printed grille.

Where did the inspiration come from?

“The first vision was to translate the concept of a sidecar. You have the driver’s side dedicated to pleasure and sensation, which is open to your surroundings, and the other part of a luxury cocoon.” 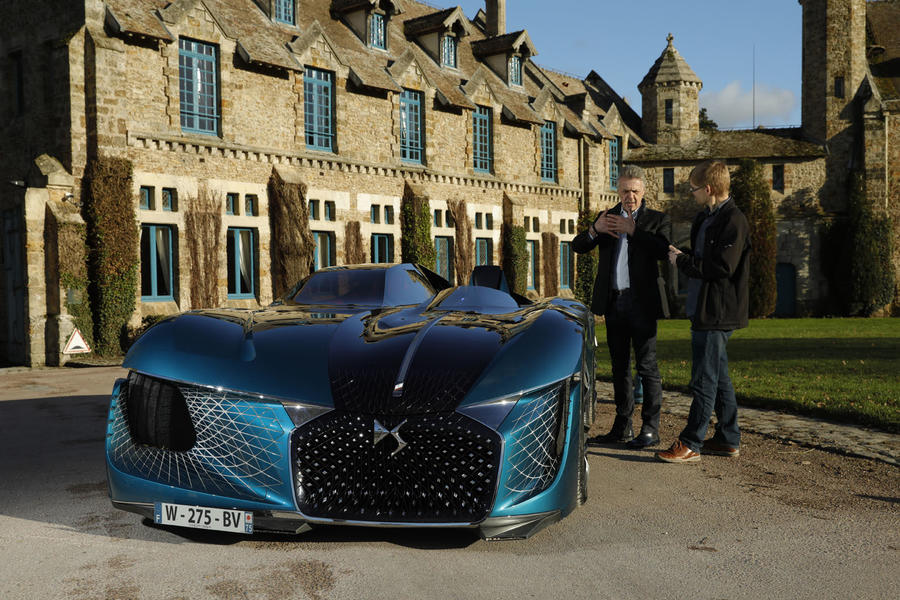 How challenging was an asymmetric car to design?

“Very. The original plan was to have an asymmetric wheelbase, but when we discussed it with DS Performance, they went: ‘Are you sure?’ Because this is a real car. For safety, it was better to have the same wheelbase.”

Would you ever offer an asymmetric car for sale?

“It’s difficult to do for production, particularly because in some parts of the world, the steering wheel is on the other side.”

Opinion: Why autonomy won't kill off driving as we know it​

This is one of those concept cars...

...that you’ll look back on in 15 years time and think “those designers were wayyy off the mark, there!”

Having said that, the lighting tech does sound kinda cool.

I expect we'll have become accustomed to no grills on electric cars. Socially are we expecting to not speak to our partners in 2035 there again it Could be only through an AI app that doesn't say the wrong things.

2 January 2019
...well, it's certainly different. Full marks for effort I suppose, but that's about it.

If I was running the DS car company I wouldn't look quite so far forward.

If I was running the DS car company I wouldn't look quite so far forward.

We all are surprised, that based solely on your amazing posts, that they haven't snapped you up already...be content to run your decrepit sofa and leave the buying, running and enjoying of actual cars to the rest of us. TwIT, the w is silent, as you should be.

The car design world needs more bold concept cars like this. Assymetry is an idea that can be exploited further.

It's a shame real world DSs look so unexceptional. While DS is developing a distinctive language of interior luxury (very different from Bentley/Rolls Royce or the premium Germans) its exterior design leaves a lot to be desired.

They want their Discovery designer back....

Nothing wrong with assymetry

Original Fiat Panda did it right, also Alfa with their offset numberplates.  But this is just pig ugly and the assymetry appears to be for no actual reason.  Its electric.  What does the grill do?!

Deisgners should give themselves a slap and go lie down in a darkened room with pictures of the original DS, SM, GS, CX, 2CV - hell even the Ami 6 to discover how to do 'different' well.   This could be anyones...  Except they wouldnt want it.

And whilst they're at it ditch the 'DS' brand - its embarrassing.

As far as I can tell from the photos, the passengers will have their feet dangling directly above the road surface like Wilma Flintstone. That doesn't sound very relaxing!

Better to sort out the current dire DS.....

....otherwise there will be no future cars made by DS.