The Peugeot e-Legend Concept, an electric sports car with advanced autonomous features styled on the 504 coupé, has gone on display at the Paris motor show – and the firm's boss has said he would "love" for it to go into production.

The machine has been created by the French firm to prove that cars in the future can be exciting. Peugeot boss Jean-Phillipe Imparato said he was proud of the concept and would love for a model based on it to go into production but a decision was still some way off.

"We don't want to take the decision [on production] until until our electrification process is complete in 2020," said Imparato at the Paris show. "Then we will decide if we want to make it."

The e-Legend arrives 50 years after the French firm launched the popular coupé version of the 504. The new car takes numerous styling cues from that machine, including the twin headlights at the front.

Opinion: the Peugeot e-Legend is the acceptable face of autonomous driving

Peugeot design boss Gilles Vidal said the e-Legend was designed to deliberately contrast with its last autonomous concept, the Instinct. “That took the shape of a future-orientated machine. We wanted to push that logic further, and talk about a non-boring future in which we don’t have to have slow-looking cars that are sleek and minimalistic. Humans are emotional animals, so let’s have exciting things.”

Despite that, the firm was determined to ensure the machine wasn’t simply a retro design, giving it sharper lines that mimic American muscle cars. Matthias Houssan, Peugeot’s concept car design boss, said: “This was the most difficult concept car I’ve had to design, and it took time to find the right balance between our heritage and the 504 feeling, and more futuristic ingredients, without going too much into retro design.” 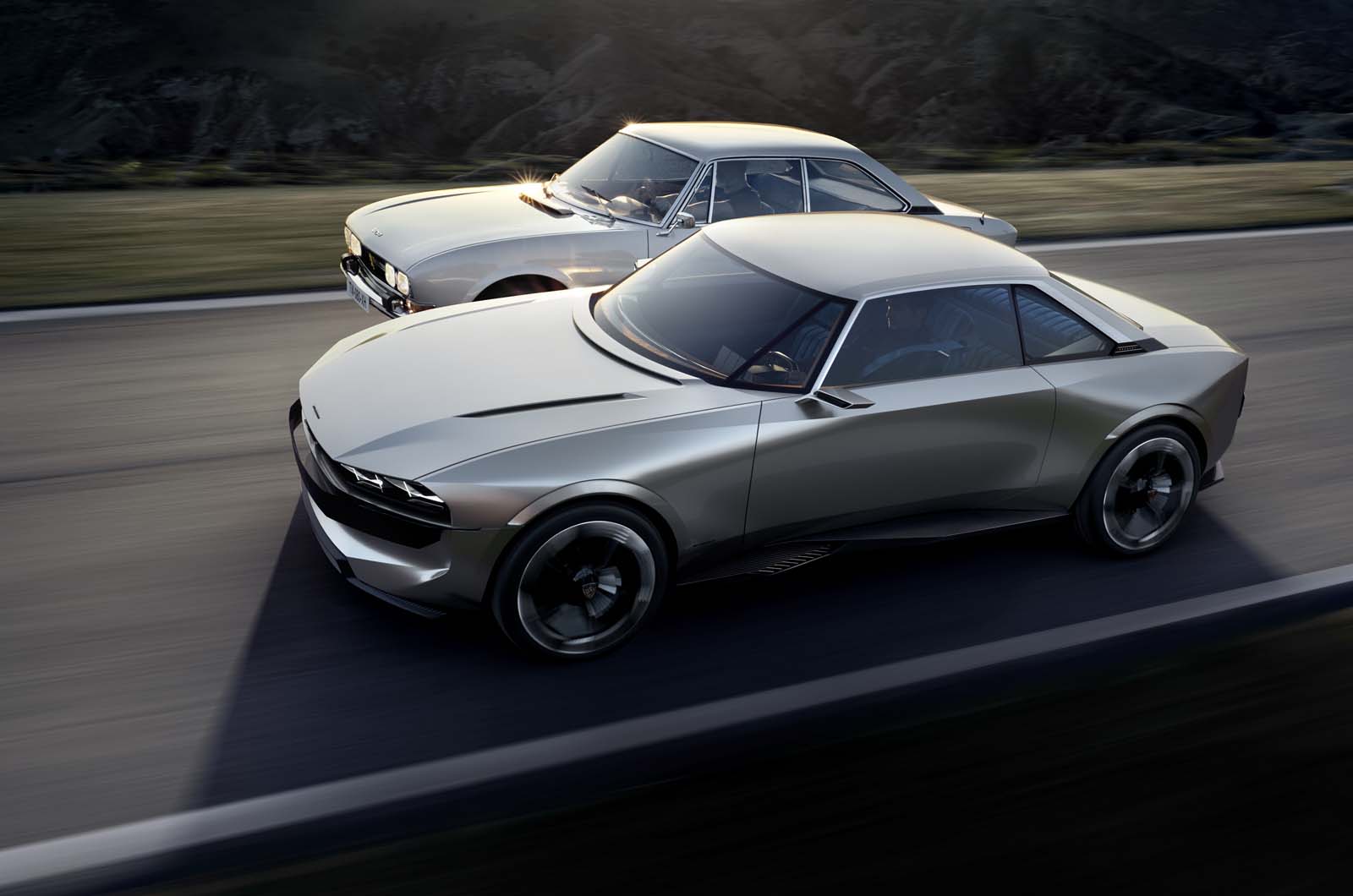 Under the retro styling, the e-Legend is intended to showcase future technologies. It is designed to an electric powertrain featuring twin motors – located on each axle – that produce 456bhp and 590lb ft, delivered to all four wheels. It has a 0-62mph time of less than four seconds, with a top speed of 137mph. It features 100kWh of battery capacity, located under the floors, which offer a range of more than 370 miles.

Two driver modes are available. The Legend mode features three smartphone-sized driver display screens that mimic the three dials on the 504 coupé dashboard. There is also a Boost mode, which uses a single driver information screen and projects images from the car’s cameras onto digital surfaced inside the car to offer a more immersive experience. The seats are clothed in a blue interwoven velvet, which also echoes the 504 coupé.

The e-Legend is also designed for level four ‘hands-off’ autonomous driving. It features a new version of Peugeot’s i-Cockpit system that retracts away from the driving into the minimalist dash to offer more space. 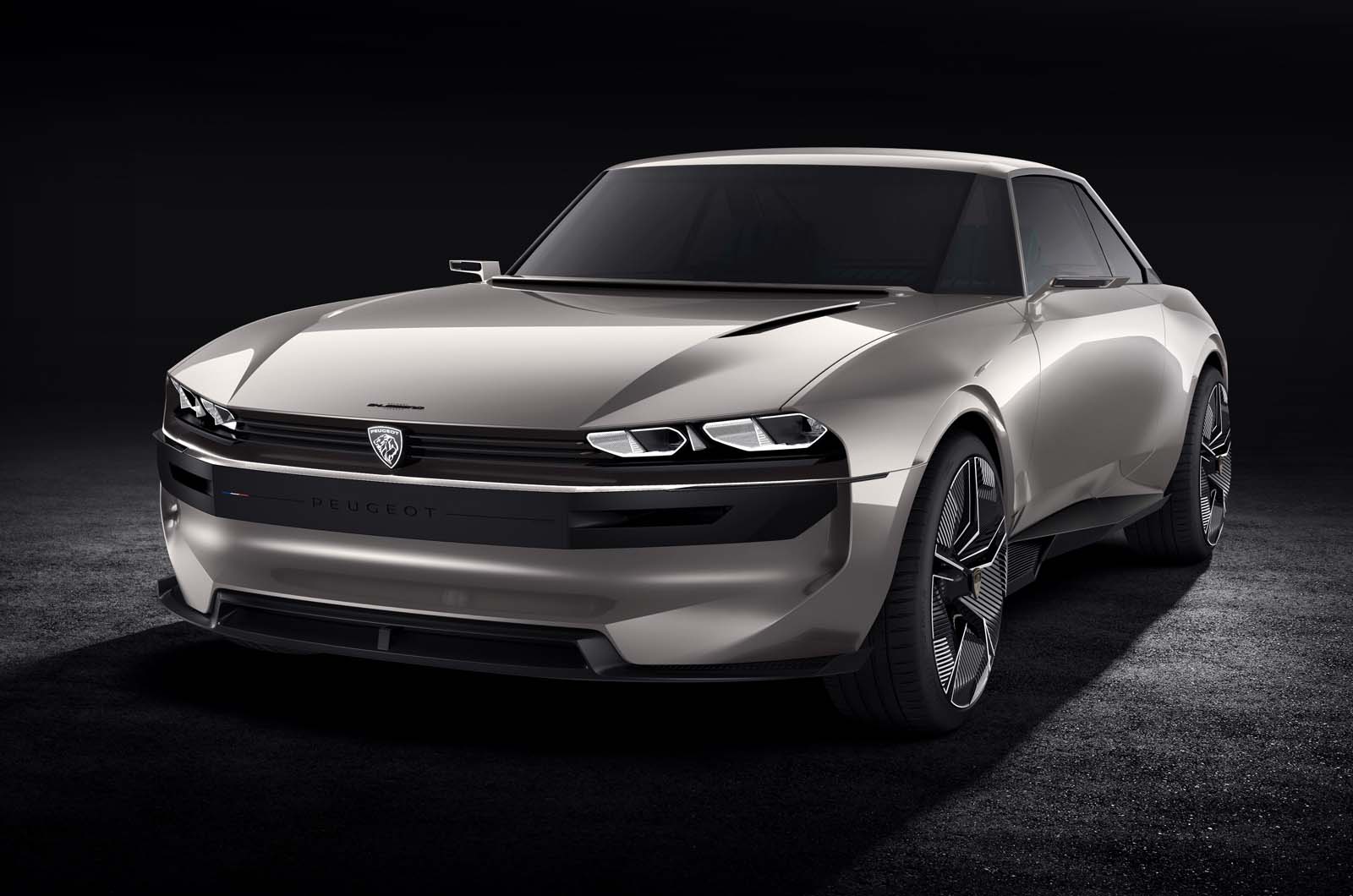 Much of the dash is replaced by a Focal soundbar, under which sits a large 49in curved screen, which functions as a information display during normal mode and a screen for watching film of using media in autonomous mode. It also has a built-in video game: a version of Pong, which was developed around the same time as the 504 coupé.

Houssan said he hoped the e-Legend could “reassure people who are not comfortable” with autonomous technology. He added: “When you see this, it still looks likes a more driver-orientated car. And the interior is designed to be warm and comfortable, and easy to switch from autonomous to driving mode.”

The e-Legend has been developed purely as a concept machine, with no plans to put it into production. However, Housssan said that “many elements” on the car could be used on future production models.

“Nothing is free when we design a concept car,” he said. “We develop them in the same studio as the production cars, so it feeds all our other projects.” 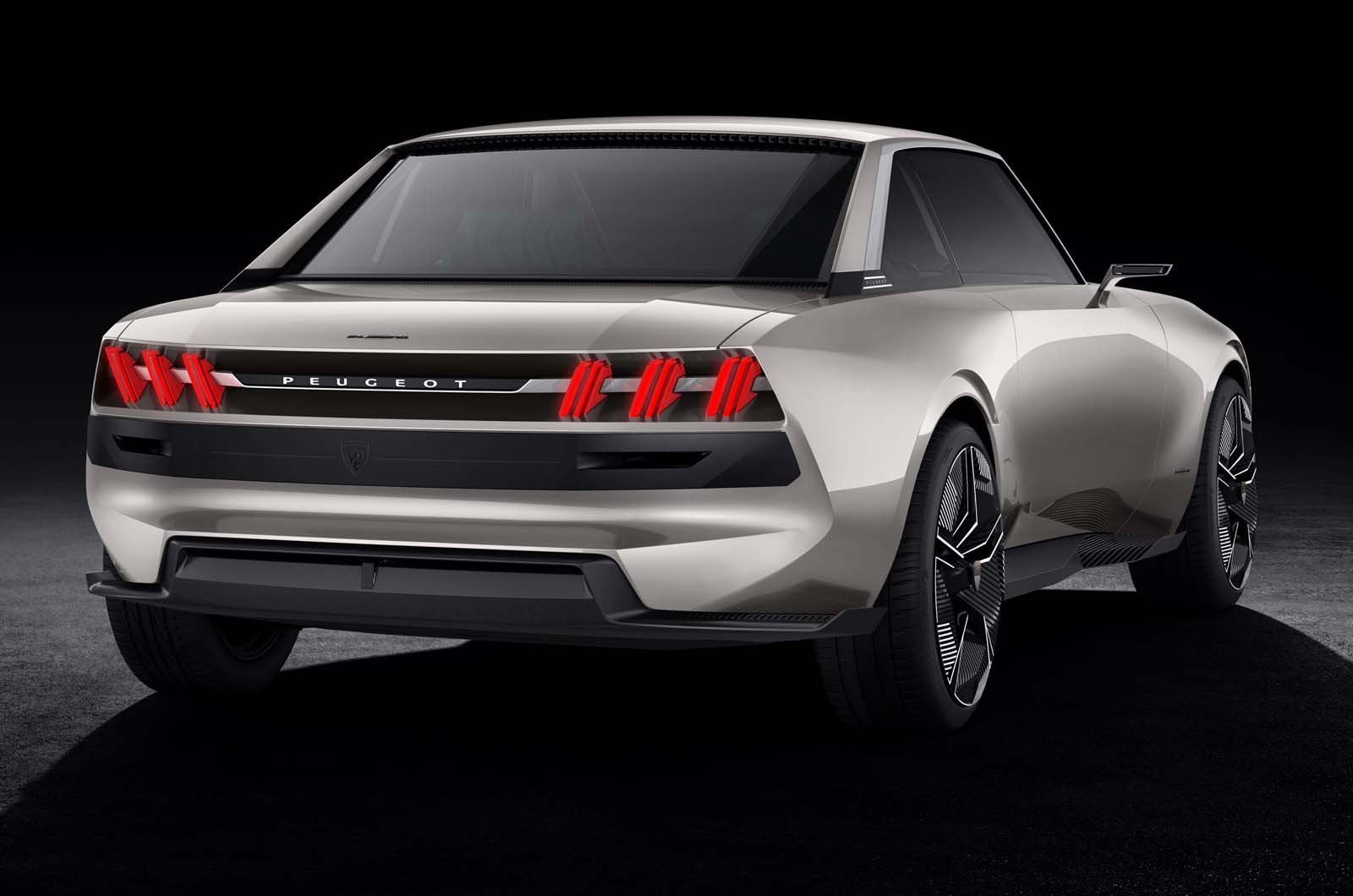 How much did the 504 coupe influence the design?

“Only the silhouette looks like the 504 coupe - if you look at the form language there’s nothing retro about it. It’s very sharp, with lots of sculpture. But there are lots of hints from the past, especially in the interior, juxtaposed with huge screens and all the autonomous tech.”

Is this car designed to reassure people that autonomous cars can still offering dynamic driving and styling?

“Excactly – and yet yet you might want to be driven at the same time, for example when you’re stuck in traffix. You can drive this in the evening and at weekend, but in rush hour you can get this time back for something else.” 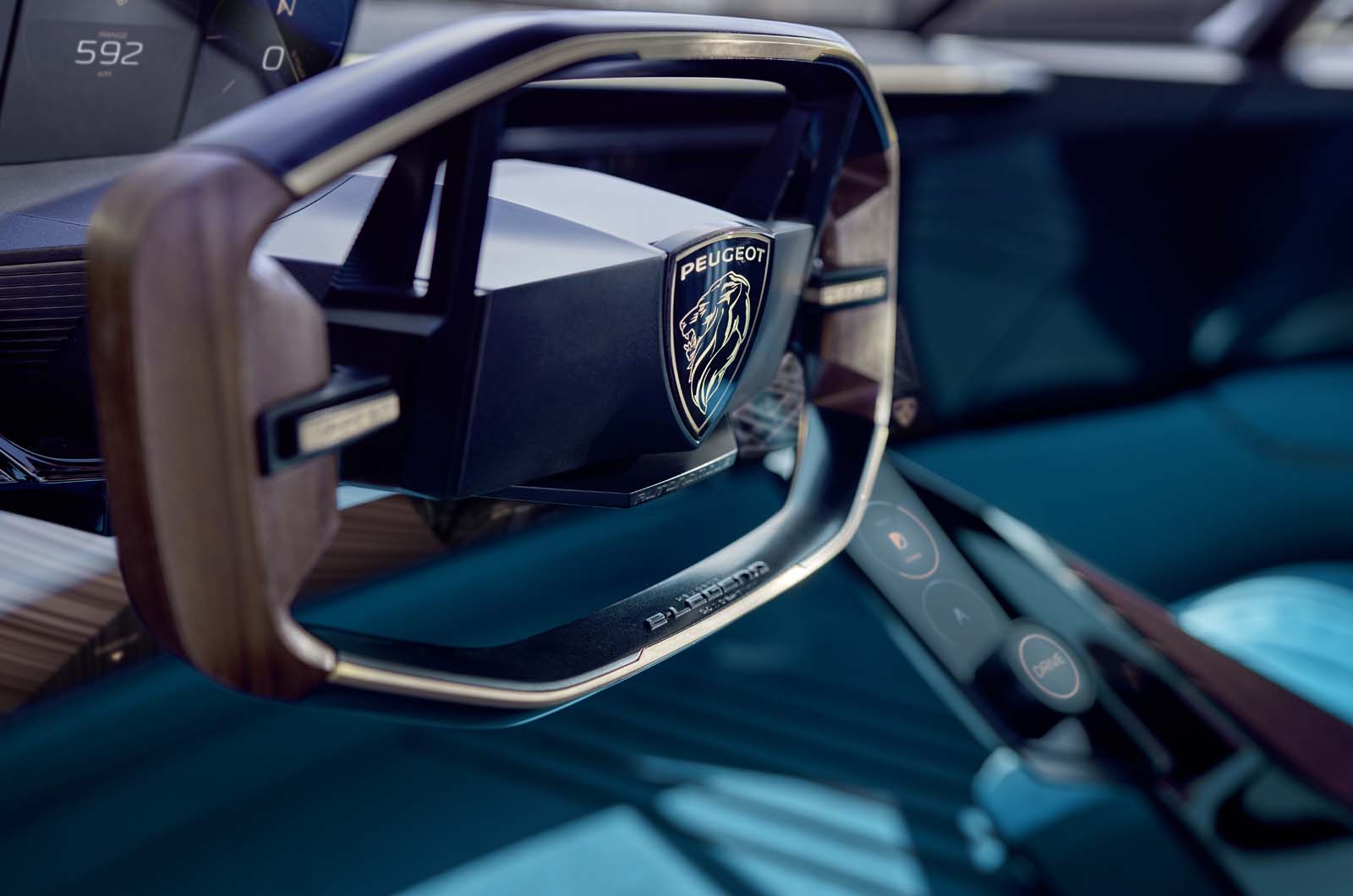 What does this car say about future autonomous car design?

“It doesn’t have to be cold and scary. Of course some architects will go for those crazy futuristic things, but you can make it accessiable or approachable. A lot of people would rather have something like this than a minimal white looking car.”

Opinion: the Peugeot e-Legend is the acceptable face of autonomous driving

'The vanishing Peugeot that I still want'

When I saw it I thought, that's ugly.  Then I saw it next to the 504 and realized, no, it's fucking horrendous.

But it is rather delightful, nearly right, but with the wrong badge to make it a big seller

Elegant yet muscular and extremely stylish.

Elegant yet muscular and extremely stylish. I would have something that looked like this in a heartbeat over something like an A5 or any of its ilk, even just with the 508 iCockpit and a boggo 2 litre diesel.

I would love them to make a 2 door 508 and reskin it like this. They would sell a load of them and it would be a great brand booster.