BACK TO ALL NEWS
Currently reading: How to break a Nürburgring lap record
UP NEXT
Rodin FZero: V10 weapon aims to be world's fastest car

How to break a Nürburgring lap record

Opinion was divided: on one side were those celebrating an era when a road-legal supercar can get within 41 seconds of Stefan Bellof’s all-time record set in a Porsche 956 in qualifying trim. On the other were people wondering just how the 631bhp Lamborghini could take five seconds out of the previous record of the 874bhp Porsche 918 Spyder, with the scepticism triggering some critical analysis of the supporting in-car video.

Like it or not, Nordschleife records matter, certainly to those car makers taking increasing risks to claim them. Nothing demonstrates the rate at which performance cars have developed like the ’Ring record, which has fallen by nearly a minute in the past decade alone. In a part of the market where the fastest cars increasingly boast sub- 3.5sec 0-60mph times and top speeds of more than 200mph, it’s one of the few common benchmarks. 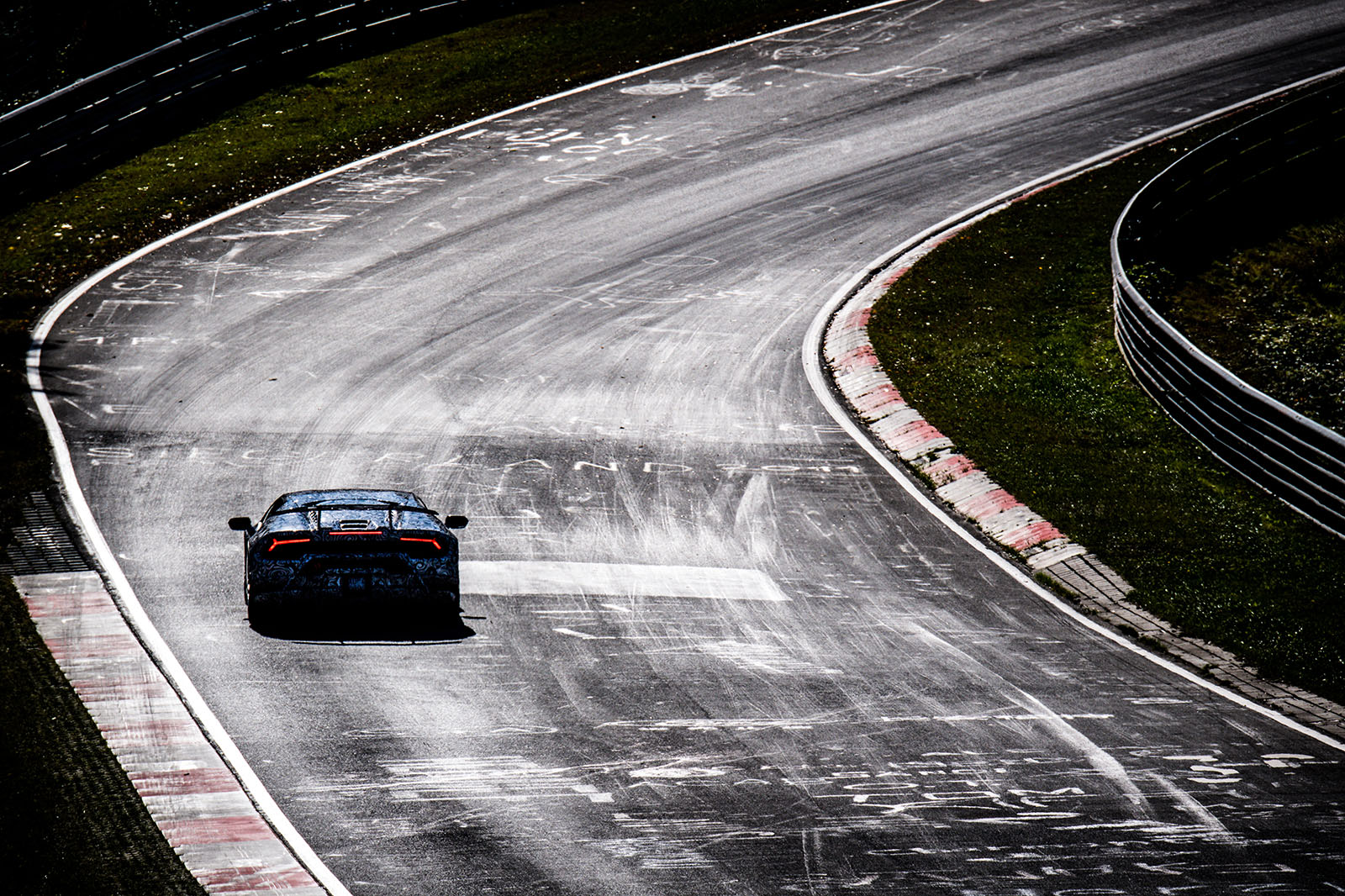 What’s lacking is an agreed standard, with manufacturers claiming records off the back of their own timing, and with the grey area of what constitutes acceptable modifications to a production car. Most record-setting cars are fitted with roll cages that, we’re assured, do not have an impact on the car’s rigidity. Some manufacturers remove an equivalent weight of trim to compensate for the weight of the roll cage, while others use super-sticky track-biased tyres from the furthest and least-ticked reaches of the options list.

American car enthusiast Jim Glickenhaus is suggesting a solution – and a compellingly mad one – inspired in large part by his frustration at the unverifiable times that have been claimed.

“What I am proposing is the Glickenhaus Road Cup, which will be run at the Nürburgring 24 Hours after the race cars qualify,” he says. “Here are the rules: an individual has to own the car, so there’s no bulls**t, and it has to be road registered and legal. You start at Cologne and then drive to the Nürburgring on the same set of tyres you will set a time on – they have to be real road tyres, not special tyres that get dropped off at the circuit in a safe. Everybody drives and sets a time, and whoever is fastest is the winner. That’s it.” 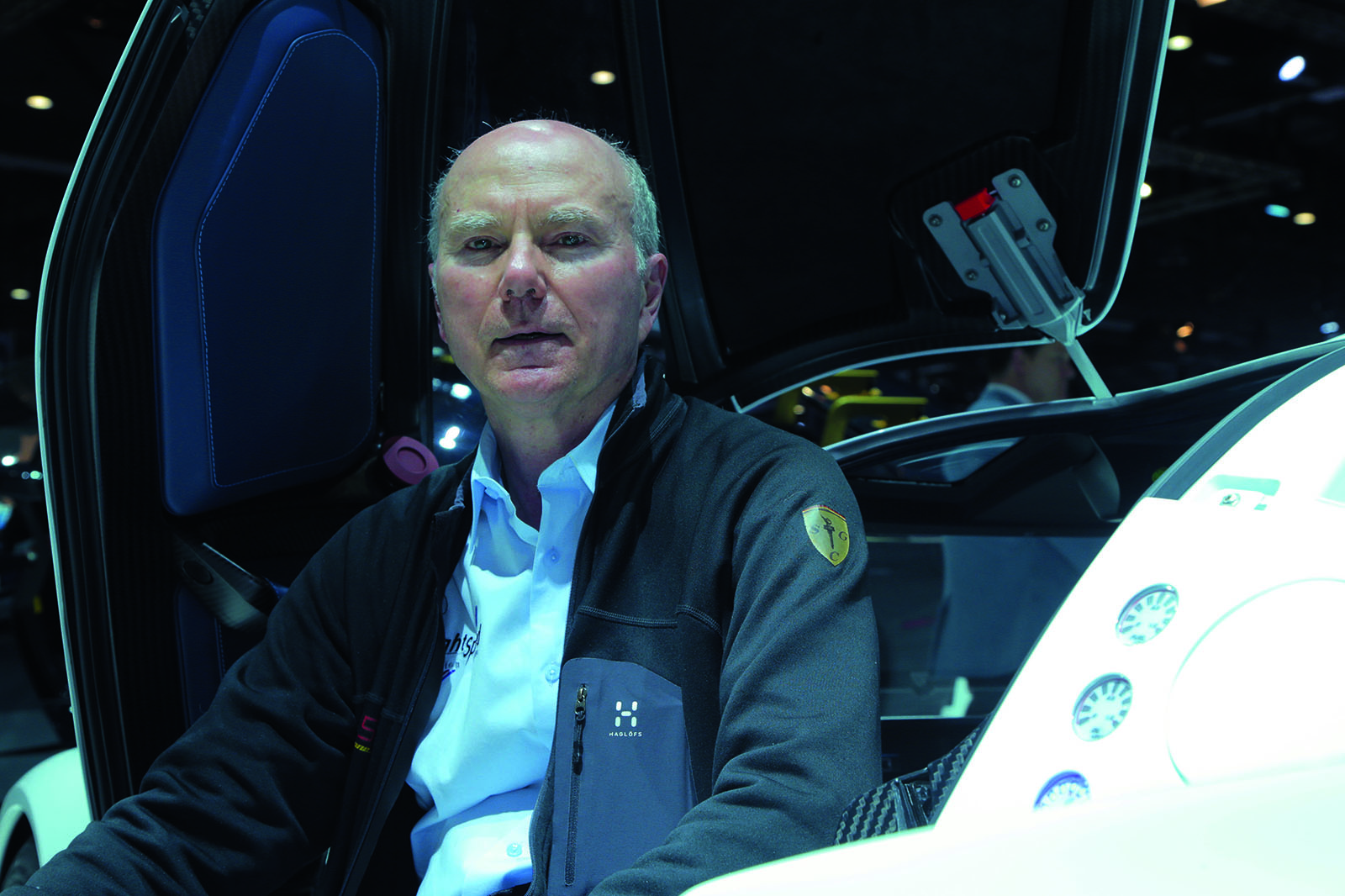 It sounds both thrilling and deeply unlikely, especially given that Glickenhaus admits he hasn’t got the approval of the Nürburgring authorities. But he does have form at the circuit, having previously endowed a trophy and prize for race cars, awarded to the contender who posts the fastest qualifying lap for the N24 endurance race. He’s also proved willing to put his considerable fortune where his mouth is, having commissioned Pininfarina to build the one-off Ferrari P4/5 before creating a ‘Competizione’ version. Since then he says he has spent more than £16m building the SCG 003 and taking it racing, which is also the ulterior motive for his challenge, because he’s convinced the road legal ‘Stradale’ version will prove quickest around the Nordschleife.

“We know its [race] sister can do a 6min 20sec lap,” he says. “It did that with 580bhp, 100kg more downforce and half a g more lateral cornering ability. But this car weighs the same, has 300bhp more and another 250lb ft. On race tyres it would be faster than the race car, it would go under 6min 20sec. On road tyres, I want to find out.”

The big question is whether other car makers will be prepared to take up Glickenhaus’s challenge. He admits he hopes that wealthy owners might be prepared to use their cars – with specialist drivers aboard – even if there’s no official permission from the track. He’s certainly not short of trash talk about the potential competition, especially the forthcoming Aston Martin Valkyrie. “They’ve said it’s going to corner at 4.5g,” he says. “There’s no car on road-legal tyres that’s cornering above 2g, no matter what they tell you – it’s the laws of physics.” The Mercedes Project One gets an easier ride, possibly because Glickenhaus is considering buying one. “It may be as fast,” he concedes, “but it won’t be faster.” 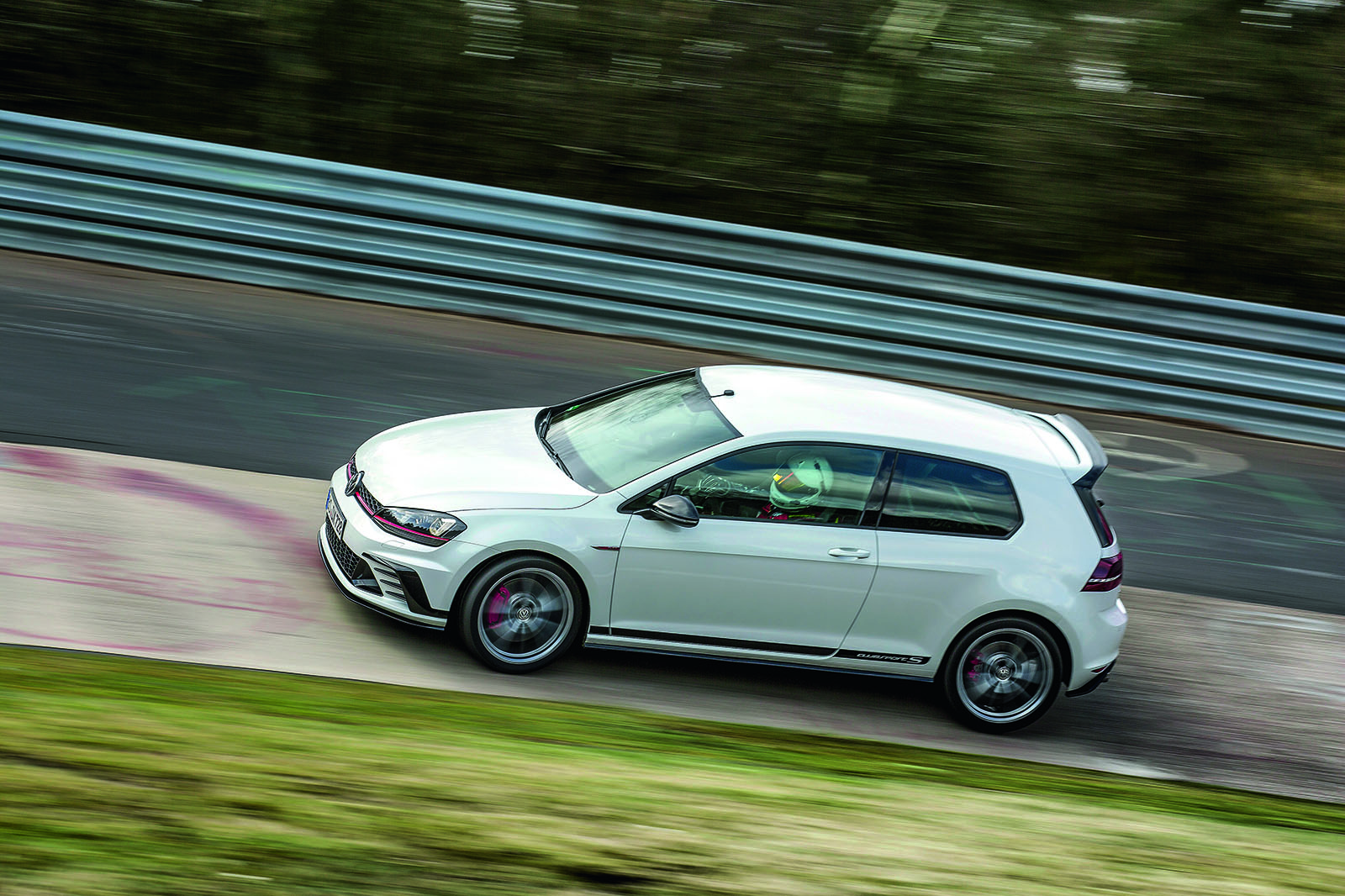 Radical is also invited – with many observers considering that the SR8 LM’s 6min 48sec time, unacknowledged by German authorities, is the true Nordschliefe record. “Follow my rules and yes, of course they can come,” Glickenhaus says. “I’m not talking about a rich person putting a registration plate on an LMP1 racing car. I’m saying it’s got to be real: headlights, tail-lights, windscreen wipers, bumpers.” Radical spokesman Will Brown says: “It’s certainly of interest to us. We’ve been setting times at the Nürburgring since 2003, first with the SR3 Turbo and subsequently the SR8 Supersport and LM. Now we’ve got the RXC Turbo, which has European small-series type approval, so it’s definitely a legitimate road car. Based on our knowledge of the circuit and the car, we’re certain it would put in a competitive lap.”

There’s something of the boxing impresario about Glickenhaus, stirring up controversy he hopes to profit from, although in terms of glory rather than cash. If he does get the idea off the ground – with the first Glickenhaus Road Cup planned to be before the N24 race next year – then we’ll definitely be there to see it happening.

If the reason somebody bought their car is because of its Nurburgring time, they will be disappointed with it on the road, unless they have access to a second "proper" car. I find it had to believe that this really matters. More manufacturer willy waving. See the new grand jeep Cherokee that can do 0-60 in 3.5 for more evidence of willy waving. Lots of waving going on at them moment.
eseaton 8 April 2017

Ring times are a thoroughly

Ring times are a thoroughly wrong measure of a road car. In fact they are leading them down a clinical, electronically controlled, alley that removes joy from their use on the road. I cannot think of another type of product that measures its worth by such an inappropriate means. Why won't the leading staff at Autocar stand up and make some noise about whatever car causes they believe in?
Bob Cholmondeley 8 April 2017

I can see many manufacturers

I can see many manufacturers not being at all happy about this. For example, Ferrari warning owners that they will never buy another special model if they take a car to the proposed event.