Lightweight Huracán laps the 'Ring in 6:52, which is 5sec faster than the Porsche 918 Spyder and a new production car record
Share
Open gallery
Close
Share story

The Lamborghini Huracán Performante has smashed the Nürburgring lap record for production cars, beating the Porsche 918 Spyder's time by 5sec.

Marco Mapelli on his record breaking lap in the Huracán Performante

The video above shows Mapelli hustling the camouflaged model around the 'Ring. The car reaches 188mph, which is 14mph less than Mapelli managed in the Aventador SV on its 'Ring run, but still enough to beat it by 7sec - highlighting the Performante's agility and track focus.

The Performante is due to make its world debut at the Geneva motor show in March. It has been spotted with Becker Carbon stickers, supporting information that it will have ultra-light body panels and will trade metal for carbonfibre in parts of its structure. 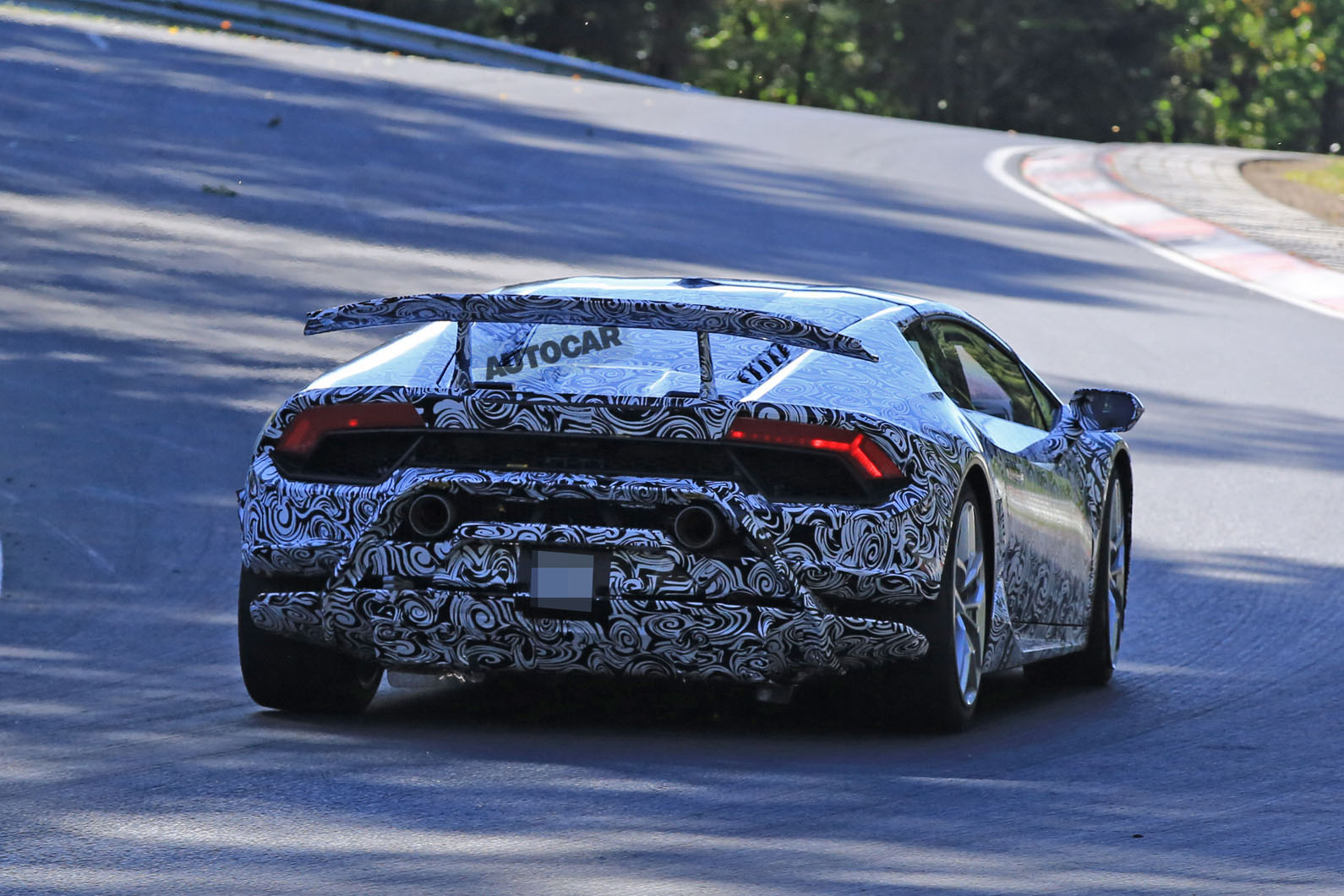 Becker Carbon has experience of supplying Formula 1 and Le Mans teams with parts, so its contribution should help the Superleggera significantly undercut the standard Huracán's 1422kg kerb weight.

The bodywork will focus on producing more downforce. Previous test cars for Lambo's lightweight model were spotted with the exterior of a regular Huracán - as shown in older pics in our gallery - but later development cars flaunt large, fixed rear wings, different intakes and a new, less-restrictive twin-exit exhaust system in a raised position, like the Huracán GT3 racer. 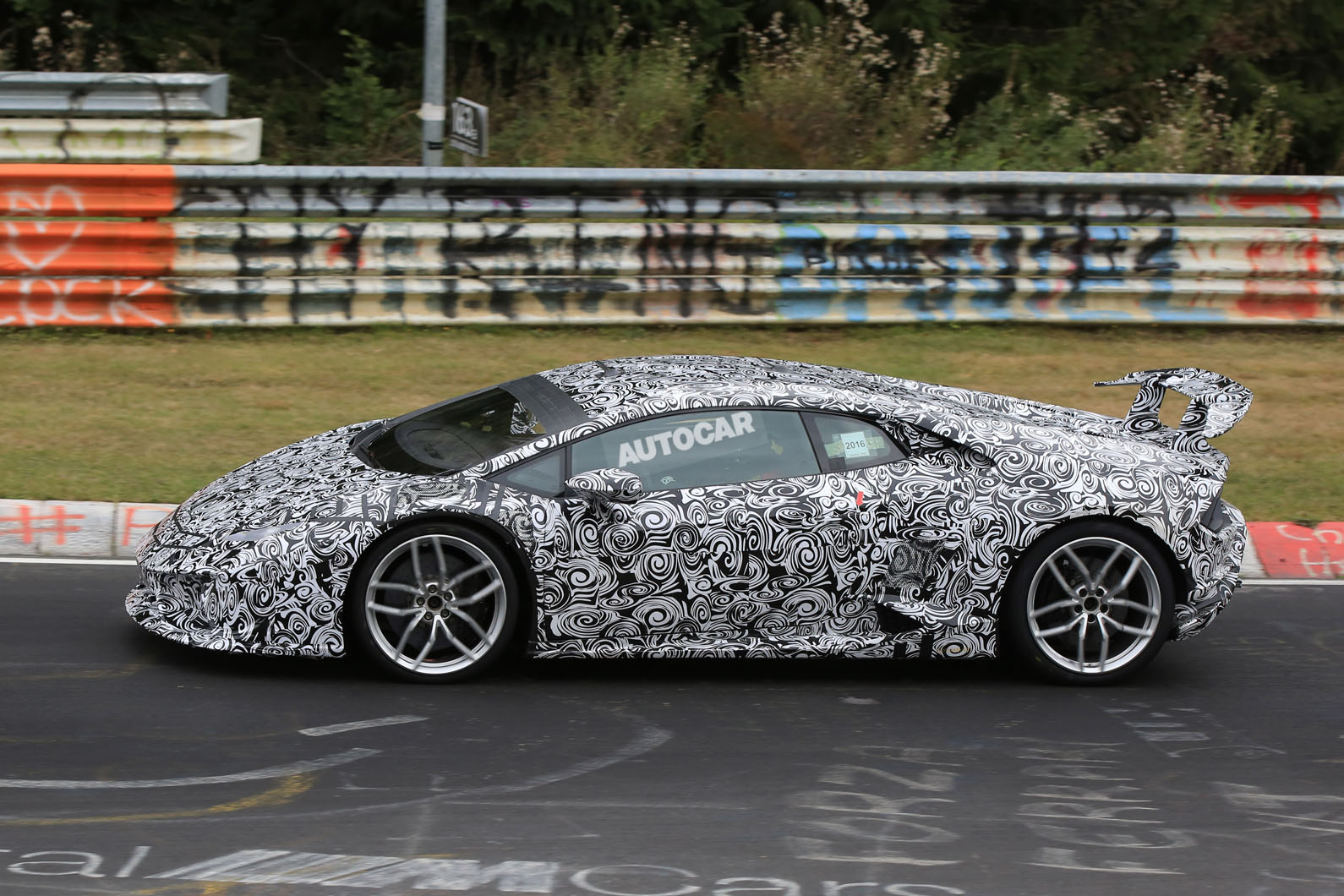 The car's mid-mounted 5.2-litre V10 engine is expected to have new fuel injection technology that mixes multi-point injection with stratified injection, as first used on the limited-run Huracán Avio, to produce modest gains over the standard car, which produces 601bhp and 413lb ft.

This will help the four-wheel-drive Huracán Superleggera trim down the regular car's 3.2sec 0-62mph sprint time and possibly extend its 202mph top speed as well.

Rivals such as Audi’s R8 V10 Plus are offering increasingly advanced competition for the Huracán - the R8’s 5.2-litre V10 engine produces the same power output as the standard Huracán, but the Audi has a higher top speed of 205mph.

It's how fast it can do the Brompton Rd - Hans Rd - Basil St - Sloane St international circuit around Harrods that really counts.
kendrick89 2 March 2017

Monumental lap, monumental turn in and lastly monumental fuel consumption.. nearly a quarter of a tank to do less than 15 miles. Maybe get 100 to a tank at full chat!!
Straff 2 March 2017

You can drive it across water, without sinking.
View all comments (16)