BACK TO ALL NEWS
Currently reading: BMW 8 Series Concept: an in-depth look with designer John Buckingham
UP NEXT
BMW opens door to M1-inspired electric supercar

As the original 8 Series coupé belatedly enjoys the reverence that BMW always hoped would be bestowed upon it, we talk to the man responsible for creating its successor
Open gallery
Close

It’s taken 27 years for the original BMW 8 Series to become a brand icon. It was conceived in the second half of the 1980s as a technical flagship for the company and introduced a number of engineering innovations, including the rear Z-axle, rear steering, and a multiplex electrical architecture, and much of the car’s engineering development work was carried out on computer for the first time.

Despite it all, however, the 8 Series proved to be an ill-fated model. It was launched in the autumn of 1989 just weeks before the Berlin Wall came down and the poverty of East Germany became global knowledge.

The 8 Series’s bombastic, high-tech swagger seemed out of tune with rapidly changing times, and the beginnings of the green movement even had one BMW boss apologising for the 286bhp under the bonnet of the launch model. BMW’s plans for further spin-offs were rapidly dropped. 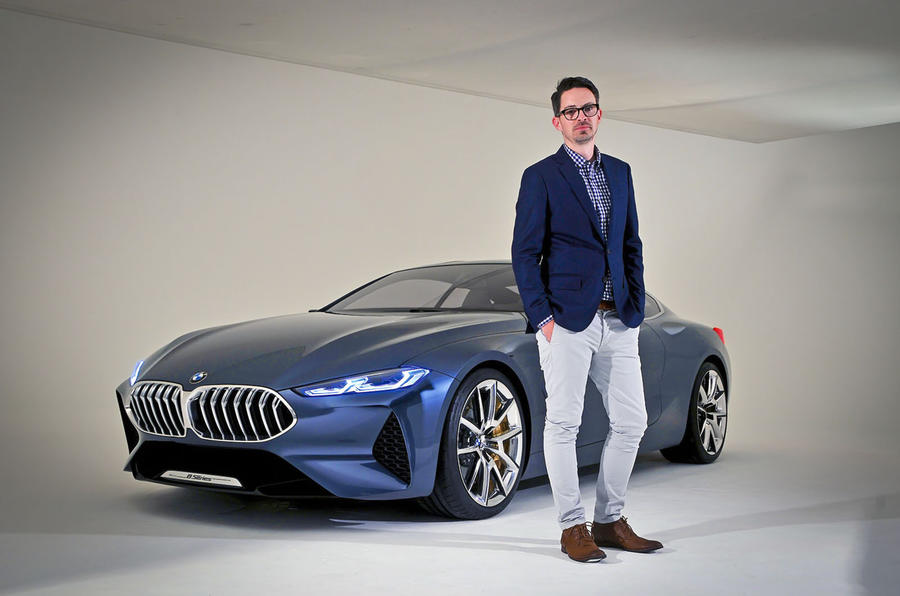 A pretty four-seat cabrio was cancelled, as was the super-high tech M8 – which was to feature carbonfibre components. In fact, such was the 8 Series’s fall from favour that these two models were only made public in the past few years. Across a 10-year production run, the 8 Series hardly hit 31,000 units, with US sales particularly hopeless.

And yet the 8 Series, as it approaches its 30th anniversary, has matured into what BMW wanted it to be all along. It hasn’t dated, especially inside, and any reservations about bombastic machinery have long been washed away by the rise of the SUV.

Even so, it’s something of a surprise that BMW has decided to reveal its new design language by reinventing the 8 Series and the idea of a high-end, super-luxury coupé. 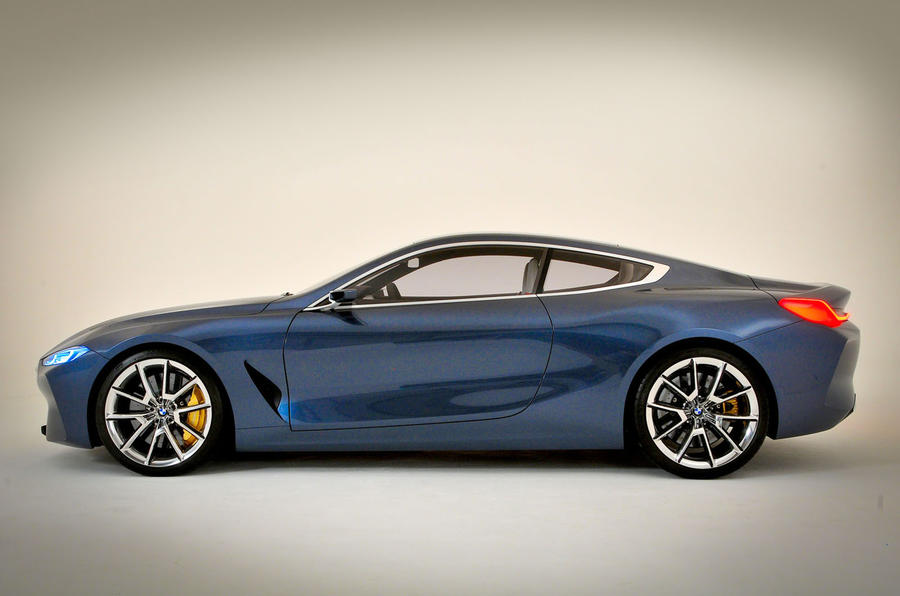 According to Brit John Buckingham, the designer in charge of the 8 Series concept, this new car is an unashamed range-topper. “It is very lush for a BMW,” he says. “It’s an expensive luxury car with a GT feel."

Buckingham graduated from Coventry University in 2005 and has been with the BMW Group ever since (including a two-year stint at Mini, where he executed the Rocketman concept). He conceived the new 8 Series concept at the BMW Designworks studio north of LA, where he is the creative director for automotive exterior design.

When you see the 8 Series for the first time, it’s clearly a BMW (the narrow nose and super-prominent ‘kidney’ grille ensure that), but the whole structure of the car is different. BMWs have long been highly structured, restrained and even a little boxy – an impression emphasised by the well-marked ‘corners’ on even the latest 7 Series – but Buckingham explains that the most important thing missing from this BMW is the ‘Zicker’ line. 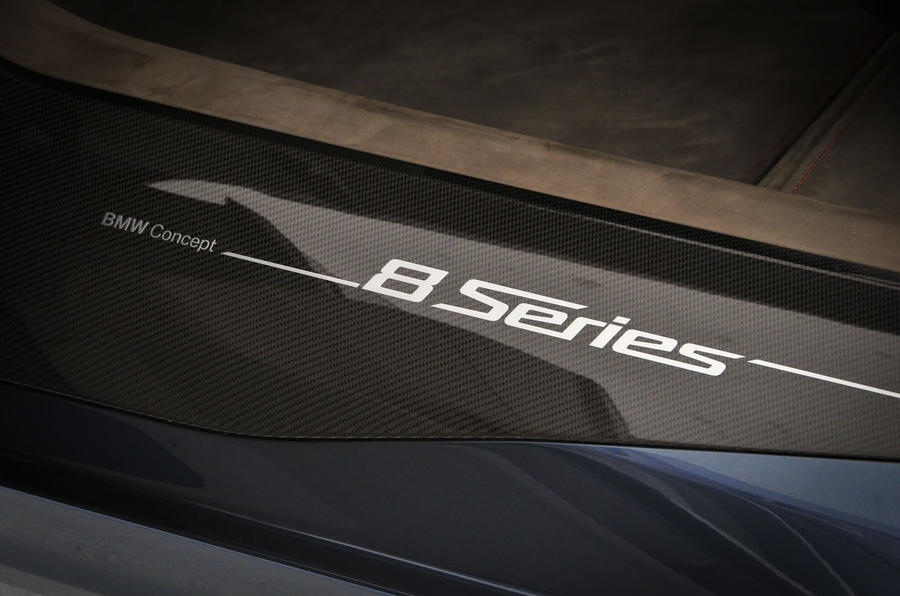 “There is no Zicker line up the side,” he says. “Normally you have the classic window graphic with the Hofmeister kink at the rear pillar. And below it you have a sharp line, the Zicker line. That’s been removed on this car.”

Once pointed out, the line’s removal is startling. All of a sudden, the defining mark of modern BMWs – a mark you perhaps hadn’t consciously noted – has gone. Also gone are the almost engineered surfaces of recent high-end models. 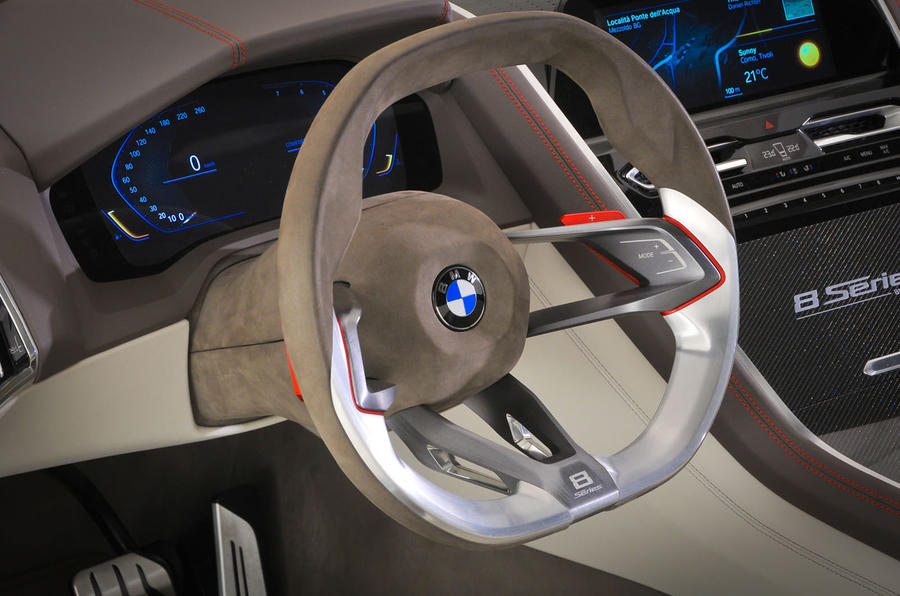 He points down to the substantial scoop that has been subtly worked into the 8 Series’s flanks. “That’s why you have this element, the big intake in the lower nose, the exit behind the wheel arch and the scoop on the side. So you still have a connection running down the side of the car, even though the Zicker line is gone.” Some BMW design trademarks, such as narrow headlights, the kidney grille, the window graphic and the L-shaped tail-lights, have been cranked up in order to maximise them “so you can then allow yourself to do new things”, a process he describes as a “form language discussion”.

The full, luxury surfaces, he says, bring the precision back to make sure it is BMW. “These surfaces exist between the creases, in a kind of controlled sculpture,” explains Buckingham. “I like highlights, and these big surfaces allow me to play with the volumes and control the highlights. 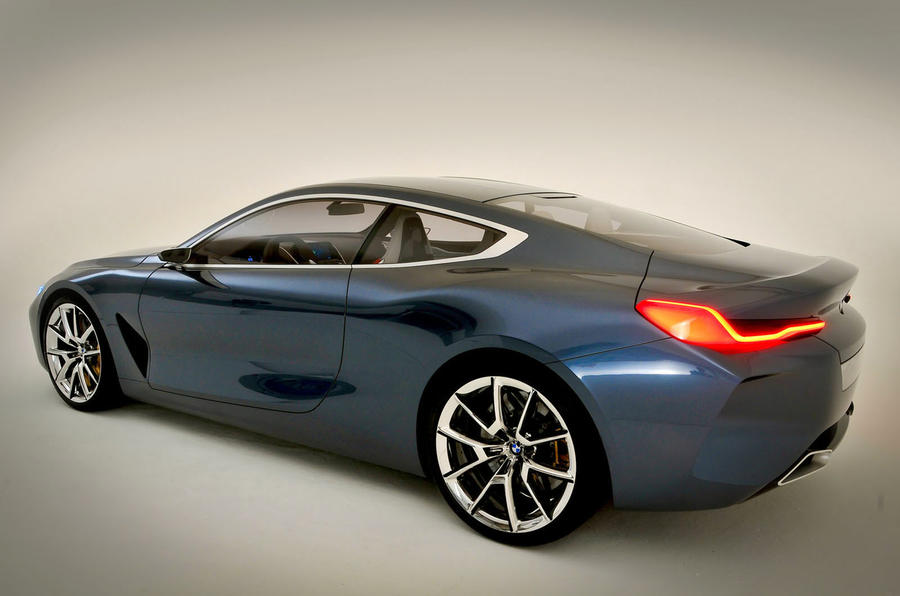 “BMWs always have a lot of structure and there’s a lot of design theory behind it. Lots of time goes into surfaces and radius work. If you look at the rear corner of the 8 Series, we spent a lot of time to make sure it all worked. BMW is obsessive about this stuff.”

The interior is less dramatic, if extremely finely detailed. The sweeping centre stack hints at the interior of the original 8 Series, the iDrive controller is still there and the shift lever is made from a most un-BMW-like faceted glass crystal.

Under the studio lights, there’s no doubt that this concept is as big a shock today as its big coupé concept predecessor, the Z9, was in 1999. But the new 8 Series is far away from the Z9’s rigid and engineered look, which is still – just – visible in the latest version of the 7 Series. 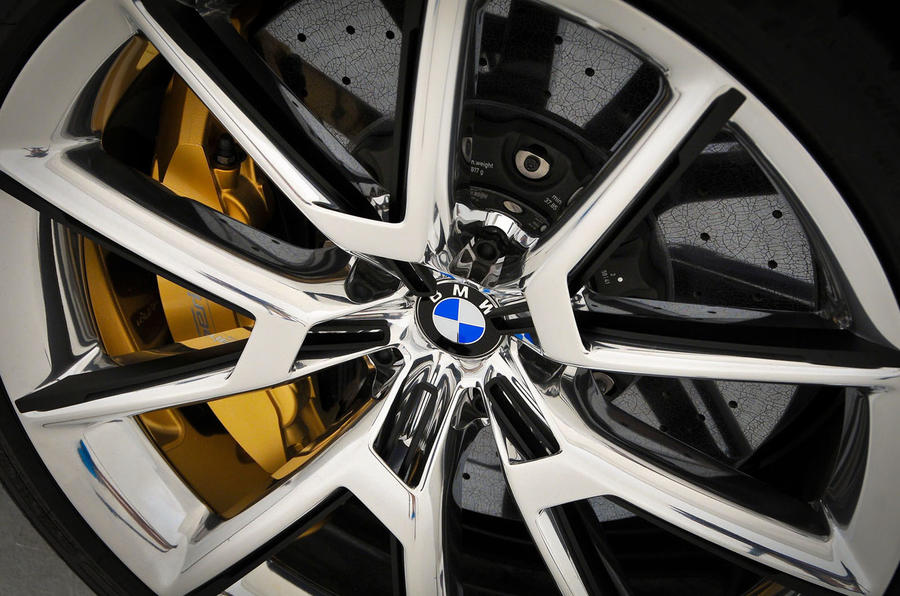 Despite discussions on the internet, the 8 Series concept, which is not too far from the production car, doesn’t look like an Aston Martin. The big, flowing surfaces are covered in pools of reflected light because Buckingham’s favoured styling is more dramatic and more intensely worked than that of even the latest Astons.

It’s a surprising car, although it makes most sense as a top-end GT, and seeing how this design language will feed down into BMW’s mainstream saloons will be very interesting. But BMW has fired the starting gun on a dramatic new direction as it continues its battle with Mercedes to be the world’s number one premium car maker. 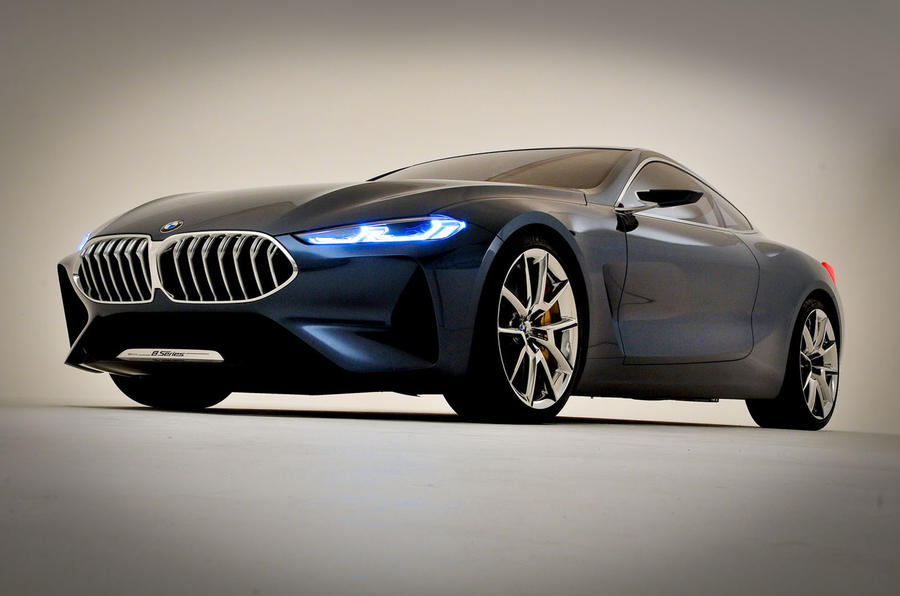 You sit lower in a coupe than in a saloon, the roofline is compressed. To raise the window sill as current coupes tend to do makes no sense beyond a fashion statement.

Just compare the amount of glass area in the new S class coupe with the W126 coupe (Bruno Sacco's own favorite) shows the extent the glasshouse is being squeezed.

Yet another car with

Unless you haven't noticed, this is not a SUV.

It's a stunning looking car.

It's a stunning looking car. I hope the production model sustains the concept's looks.