BACK TO ALL NEWS
Currently reading: Bosch reveals self-driving shuttle concept ahead of CES debut
UP NEXT
How Lewis Hamilton became an F1 record-breaker

Automotive supplier Bosch has revealed a self-driving shuttle concept ahead of its debut at January’s Consumer Electronics Show (CES) in Las Vegas, US.

The electric four-seater previews the German company’s intentions to offer a “unique package of hardware, software, and mobility services for shuttle mobility of the future”. 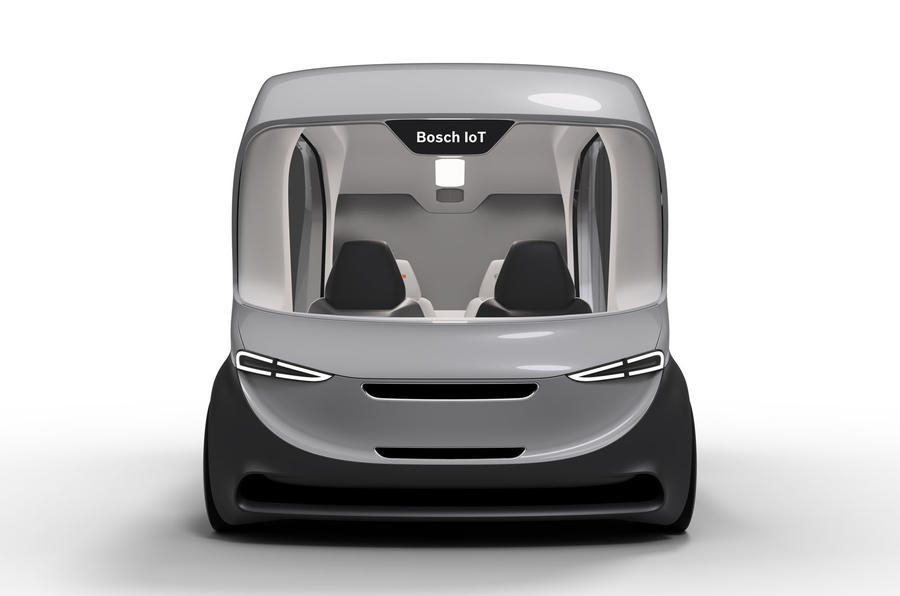 Bosch has been working on autonomous technology for many years, and it last year announced that it was working on a fleet of driverless taxis with Daimler, the parent company of Mercedes. Trials will begin in 2019 on busy urban roads in San José, California, US.

This concept is the next step in Bosch’s bid to play an important role in the self-driving revolution in the coming years.

Described as having a “light, airy, minimalistic design”, the driverless vehicle is said to be capable of travelling almost silently through urban environments. 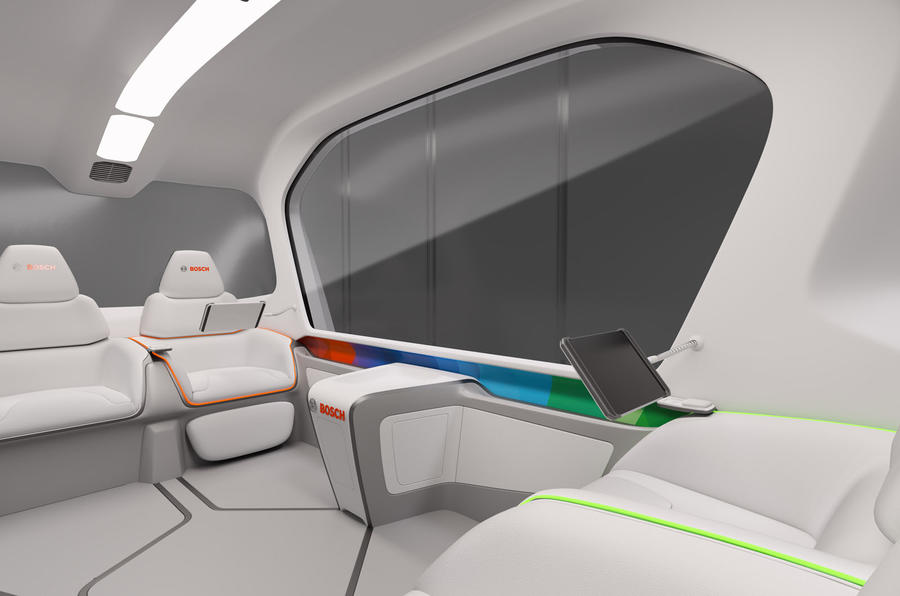 Bosch’s concept features 360deg sensors and an intelligent battery management system that allows the vehicle to monitor its own power levels and locate a power source when necessary. Further to this, onboard sensors can determine whether the vehicle needs cleaning or a software update and then direct the shuttle to a location where such processes can be carried out.

The shuttle will also monitor environmental conditions, such as the weather and traffic levels, in order to accurately predict how long its charge will last. 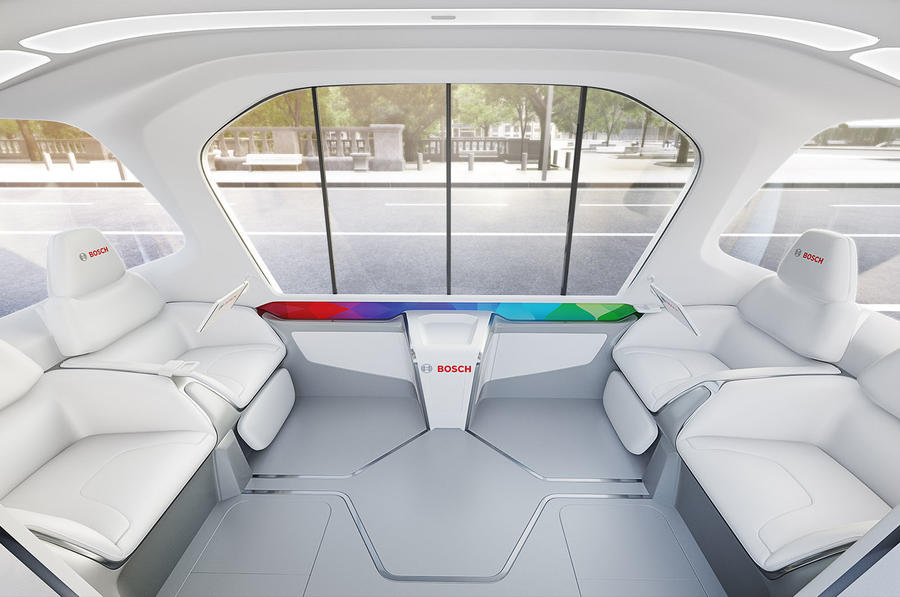 At the end of a journey in the driverless shuttle, Bosch says its camera systems can detect any lost possessions and alert passengers via an integrated smartphone communication system.

The shuttle's radar, video, sensor and braking control systems are all made by Bosch, with the company keen to demonstrate that it has the capacity to provide most of the infrastructure that will become necessary with the advent of driverless technology.

Opinion: There are no driverless cars on sale – and there may never be

See, told you so!

Bosche!, I did say one day soon transport would be anonymous little Boxes with all the creature comforts inside, no need reall for the outside to be a deal decider because you might not necessarily need to own one......

I just don’t get it

On the one hand, this is clearly a brilliant idea and probably the future of taxis in city centres.

On the other hand, why oh why does it have to be so wilfully ugly?  Surely a company as big as Bosch can afford to employ a decent designer?

On the one hand, this is clearly a brilliant idea and probably the future of taxis in city centres.

On the other hand, why oh why does it have to be so wilfully ugly?  Surely a company as big as Bosch can afford to employ a decent designer?

As the saying goes, form follows function. Applies to every form of public transport in one way or another - I'm struggling to think of a good looking modern bus or train, for example (unless you like the bullet trains), and even planes are functional in design for the most part. For the target audience for vehicles like these, priorities are most likely space, comfort and efficiency (they're literally an A-B device) and that leads to shapes like this (especially as they'll never go particularly fast).

Don't get me wrong, I agree with you that it's no looker by any means. I'm just saying I can understand why it's gone in that direction.