BACK TO ALL OPINION BLOGS
Currently reading: Why do people think autonomous cars are scary?
UP NEXT
Opinion: Vandoorne back on form as Formula E hit Monaco

For self-driving cars to be accepted, they'll have to overcome human ego
Open gallery
Close

Last week, I sat behind the steering wheel of a car that drove itself at 70mph or so down a French highway through rain and heavy spray – while experiencing a virtual world through a virtual-reality headset.

The surreal experience was part of a test in the Renault Symbioz demo car – a one-off prototype designed to showcase the electric, autonomous and connected technologies the firm hopes to have in production cars by 2023.

It wasn’t the first time I’ve been in a self-driving car, but previous outings were at far slower speeds on quiet roads (and without the VR weirdness). Since my ride, several friends and family kept asking one question: was it scary? Well, honestly, it really wasn’t.

It helped that there was a Renault engineer in the car clutching a 1980s arcade machine-style controller, ready to take charge of the Symbioz at any hint of trouble. But, truthfully, the Symbioz proved a very competent highway driver. It maintained speed, was a smooth ride and reacted intelligently to other traffic. I’ve been in many cars with people whose motorway driving scared me more than the Symbioz.

At this point, it’s worth adding the caveat that the Symbioz is only designed for autonomous running on certain stretches of French autoroute; it’s still some way off being able to confidently operate autonomously in complex, busy urban environments.

Still, my experience has surprised some people I’ve talked to. They are still nervous at the prospect of autonomous cars on the roads, insisting a human driver will always be better than a self-driving vehicle. It seems that human ego will play a vital part in autonomous cars being accepted.

Some of the Renault engineers I spoke to agreed, talking about how they need to prove the Symbioz is capable of driving better than a human. That’s why, for example, they worked with LG to develop an augmented reality head-up display, which shows a representation of how the Symbioz is ‘thinking’. 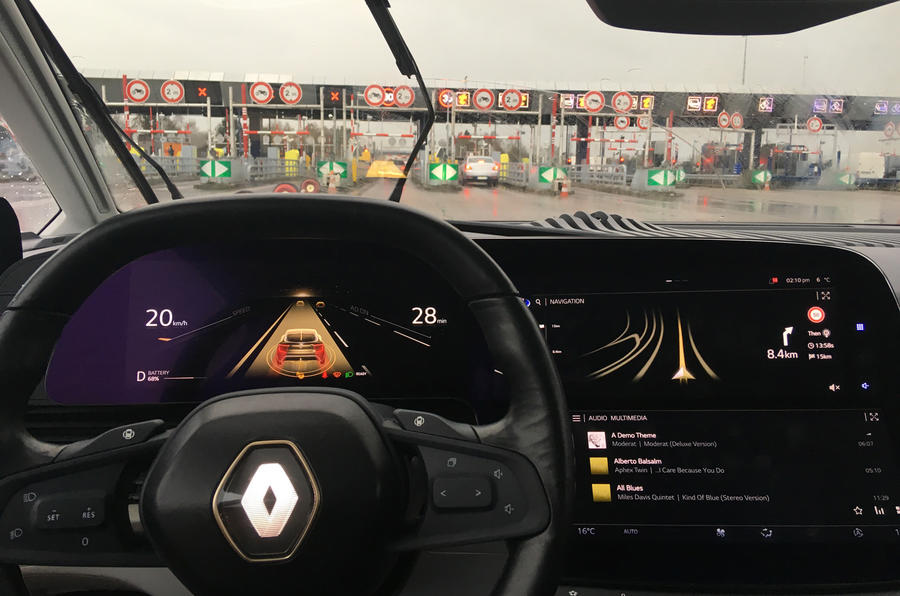 Part of the problem is perception. Many viewpoints on self-driving cars are formed around footage of early prototypes, stuttering painfully slowly down a street, then grinding to a halt when they get confused. Which is a bit unfair: you probably wouldn’t like someone judging your driving ability based on your early driving lessons.

You improved as a driver as you gained experience, right? Well, autonomous technology is developing at a phenomenal rate as it gains vast amounts of experience through both on-road testing and simulation.

The Symbioz features a raft of sensors, radar and camera systems, and has information fed to it by roadside antenna. That gives the car access to an incredible volume of data, which it uses to evaluate the road and other traffic (a single lane change requires the car to analyse 27 data points, for example). 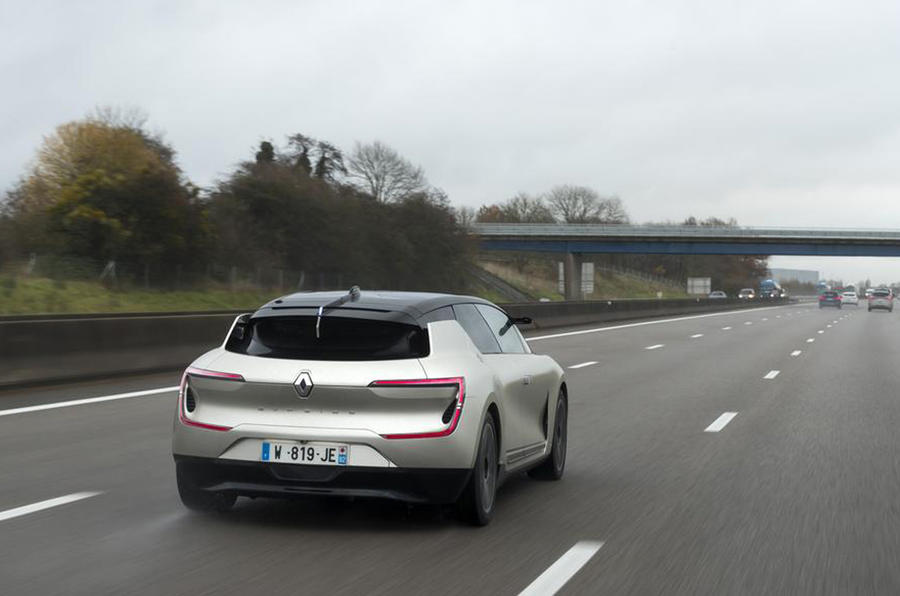 Consider how much quicker computers are at processing information than humans and the fact that computers are far less prone to being distracted. There’s no doubt: once that technology has been refined and developed, an autonomous car has the potential to be more capable than a human driver.

That’s in the future, of course – although the Symbioz has shown me that, on certain types of road, that future is closer than you might think. For car firms, developing autonomous technology is only part of the challenge; for it to be accepted, they’ll have to battle human perception.

Read all Renault reviews on Autocar

And in the future people will

And in the future people will have autonomous jobs too.

No, not really, fully autonomous Transport is a generation away at least, it has taken a well known Phone Company years to get Wi-fi coverage to 90% of the Country, scale that up to adapting the Transport infrastructure, fully autonomous is a long way away,and, as some posters have pointed out there are many human intervention possibilities, some good some bad, so 100% reliable autonomy is impossible a moving target, you could write pages and pages of things that could happen with autonomous Cars, Car makers for instance would have to sell fleets of them because a private Driver doesn’t strictly need to own his own Transport, what about the Weekends I hear you say?, well, maybe you can do Trackdays, or drive a virtual Car in your Home on your favourite virtual Road in whatever Car you want, now, there’s a revenue stream for the future,,,!

It's not about ego, it's

It's not about ego, it's about the real life limitations of technology priced at consumer levels.  Like many, my cars have had numerous issues, my 'front assist' activates on entirely empty roads, my 'high beam assistant' is untrustworthy and blinds people so cannot be used, my car auto brakes every single time I go down a specific hill and corner combination near my house - for no reason, and I'm supposed to trust this stuff with my life? No thanks. I work in aviation, specifically commercial airliners, where the technology is far, far more robust and built to a higher standard than the cheap nasty throwaway junk cars are made of, and still we have 2 pilots keeping a check on it and recovering and managing it when real life happens.