BACK TO ALL NEWS
Currently reading: How long does it take to charge an electric car?
UP NEXT
New Ora Funky Cat touches down at £30,495 with 193-mile range

Few topics are as - if you'll pardon the pun - charged as EV charging times. So what options are available, and how fast are they really?
Open gallery
Close

Charging time is a hot topic when it comes to electric cars. The onset of rapid charging means that being stranded for hours waiting for your car’s battery could soon be a distant memory. Yet these chargers are still relatively rare, so what are your options the rest of the time? Here we look at all the methods and what are the best approaches to keep you going.

As the name suggests, this method results in the longest charging times, with some larger EVs needing the best part of 36 hours to replenish their batteries when charged this way. Even something as humble as a Nissan Leaf with a 40kWh battery will require nearly 12 hours for a full battery. Normally running at about 3kW, these chargers are occasionally still found at public charging points but are more often than not the portable type that feature a three-pin plug for use with a domestic electricity supply. Most electric cars get one of these units as standard, but the ever increasing size of battery packs mean that most manufacturers recommend using them only when no other charging method is available. Of course, if you don’t cover many miles a day, then slow charging allows you an easy way to top-up the car’s cells overnight, while the slow rate of charge means less heat is generated in the battery, which can help prolong its useful life.

This is quickly becoming the most popular method of charging, particularly for domestic use. Fast charging normally uses an AC (Alternating Current) supply that runs at either 7kW or 22kW, with the latter usually being reserved for public charging points. Most dedicated domestic wallboxes, such as a Pod Point, run at the lower 7kW rate, which roughly halves the time it takes for a full charge compared to a slow charger. So for example, you can expect a Nissan Leaf with a 40kW battery to be fully recharged in about six hours, while a Tesla with a 75kW battery will require about 12 hours. 22kW requires a three-phase electricity supply, meaning they are a rare and expensive solution at home. If your car can accept this rate of charge, then expect charging times to be slashed by around half compared to the 7kW unit, so a 75kW Tesla will be charged in under six hours. 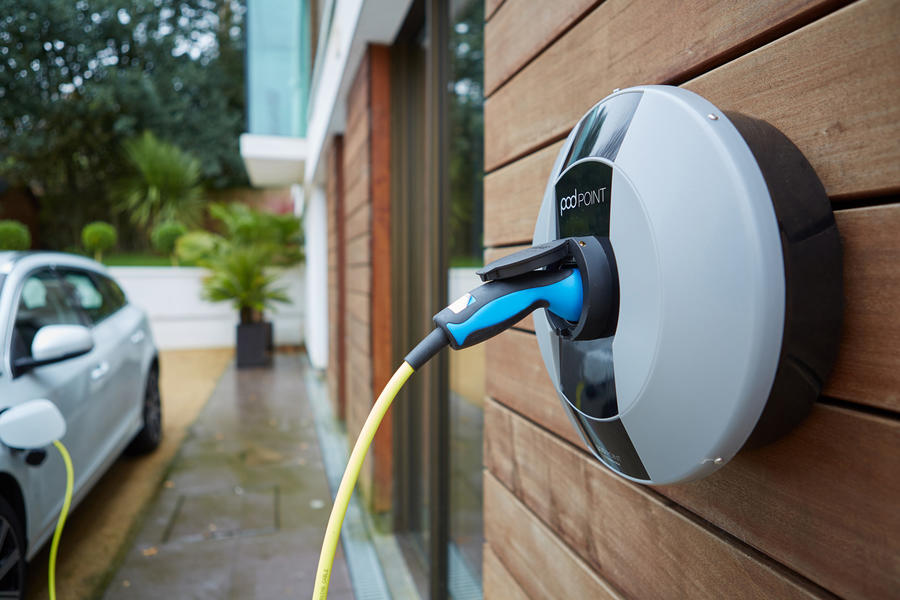 On paper, this is by far the fastest way of topping up the batteries in your EV, with some chargers able to deliver a significant injection of energy within just 20 minutes. Charging at anything from 50kW to up to 350kW, these units are usually found at motorway service stations and dedicated charging hubs. You’ll need a car that can handle this type of DC charging, and for best results you’ll only charge up to 80 percent of the battery’s capacity, because beyond this point the rate of charge slows significantly to protect the cells from the high temperatures involved in such high electrical currents.

Of course to make use of this capability you’ll need a car with a charging system that can accept rapid charging. Most entry-level models are available with an optional upgrade that allows DC charging of up to 100kW, while more expensive models such as the Tesla Model 3 and Model S can charge at a rate of 250kW. Some variants of the Porsche Taycan and closely related Audi e-tron GT use an 800 volt electrical system that can handle up to 270kW, as do the the Hyundai Ioniq 5 and Kia EV6, which can accept charge at up to 200kW. And when Lucid Motors Air goes on sale next year it will be able to charge at up to  300kW.

To give an idea of speed, a 40kW Nissan Leaf using a 50kW charger (currently the most popular in the UK, but more 150 and 350kW units are coming on stream all the time) can be charged to 80 percent of its capacity in as little as an hour, which is around the same time it takes to charge a 75kWh Tesla using a 150kW charger. On a 350kW charger the Taycan takes just over 22 minutes to go from five to 80 percent charge.

However, bear in mind that regardless of the power of the charger itself, your car will only be able to charge at the maximum rate of its onboard system. So a Leaf with a 50kW charging capability will receive current at this rate even when plugged into a 350kW charger.

What is top-up charging?

This is the method that most EV drivers take advantage of, which is to plug in and charge whenever you get an opportunity, usually at a public charger on the street or in the supermarket car park. So rather than waiting for the battery to run flat completely, it’s actually easier and quicker to simply keep the cells topped-up, which means you’ll usually have plenty of charge and so rarely suffer from range anxiety. Owners usually combine this technique with a full charge overnight using a domestic slow or rapid charger. 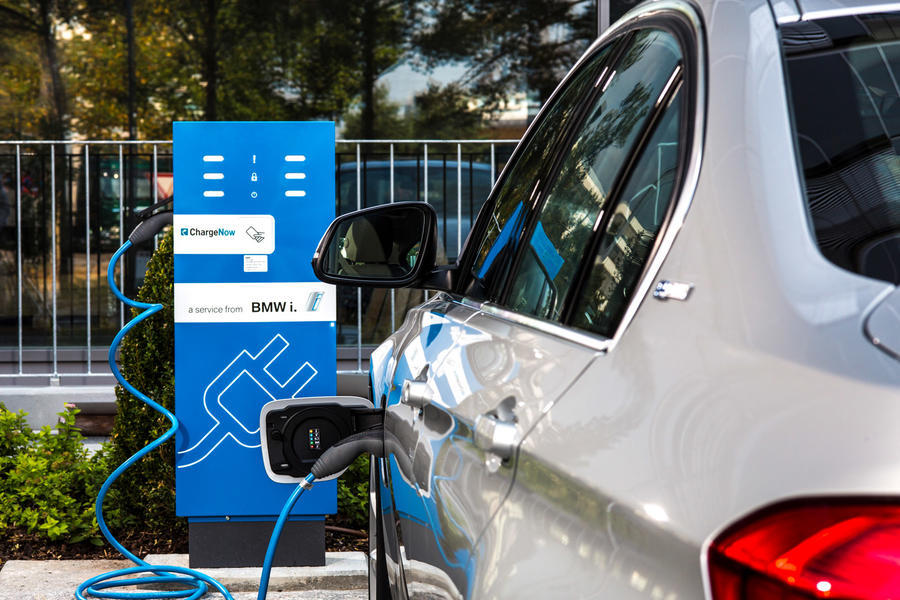 How much range do you get per hour of charging?

As you’d expect, the answer to this depends on the charger you’re using, and to a lesser extent your car (not all are capable of rapid charging). However, as a guide you can expect a standard 3kW slow charger to add 10 miles of range after an hour. Step up to a fast charger with a delivery of 7kW, which is the rate most domestic wallboxes charge at, and after 60 minutes you’ll have added up to 30 miles. By contrast, a 50kW rapid charger can theoretically add 175 miles of range in this time - although you’ll need a large battery to achieve this, as with smaller units you’ll be getting into the last 20 percent of capacity when charging slows. It’s a similar case with 150kW chargers, but as an indication of how effective they are, you can add 100 miles of range in as little as 10 minutes.

There are a number of factors that can have an influence on charging speed, particularly when it comes to a full charge. For starters there’s the size of the battery, with the larger the capacity the longer it takes to be replenished.

Then there’s the amount of charge that’s already in the battery, with the first 80 percent of capacity being filled much more quickly than the last 20 percent - this is when the charging rate slows considerably, especially on fast or rapid chargers.

Your car’s onboard adapter will also dictate the rate of charging, so if it’s rated to be able to draw a maximum of 50kW from the charger then that’s maximum you’ll get, even if you plug into a 150kW charger. The same is true of the charger you use, so a car with 150kW capability will only charge at 7kW on a fast charging wallbox. You’ll also see slower charging when the weather is cold, particularly on a rapid charger. Battery heating systems try to keep the reduction in speed to a minimum, but they draw extra current when doing so, which adds to the slightly increased charging time.

Log in or register to post comments
MikeeG 17 March 2021
Yes Autocar at it again. Accept it Autocar you have to accept you will have new paymasters and it won't be the oil industry and the ICE industry. If not then Autocar will become like the ICE car is destined to be.
Electricvanman 1 December 2020

Autocar writers manage dig a hole to lower the bar for journalists even lower. There seems to be more informative reporting on Youtube than there is in Autocar nowadays.

We hope you enjoyed this article next up "How Long Is a Piece Of String ?" by one of our leading columists.

MikeeG 30 November 2020
Well either an oil company or several car companies that don't make EVs are bank rolling them at the moment. Oh dear Autocar you are becoming a fossil like the fuel that powers diesel and petrol cars.
View all comments (4)