BACK TO ALL OPINION BLOGS
Currently reading: Why Church could give you religion: on Britain's Best Driver's Car's trickiest corner
UP NEXT
Matt Prior: Why lane-keeping assist systems need a rethink

Why Church could give you religion: on Britain's Best Driver's Car's trickiest corner

Autocar's marquee annual sports car test is on the shelves this week, and here's a taster of what cars are involved - and what it was like to be involved in
Share
Open gallery
Close
Share story

Church bend is the most important corner on the track at Anglesey’s Trac Mon, where this year’s Britain’s Best Driver’s Car contest has just been fought (and, yes, you can read it in this week’s issue).

It’s one of the quickest corners, too: a real nerve-tester that, because Anglesey’s not the sort of circuit that appears much in televised motorsport or on gaming platforms, you might not know at all. In which case, allow me to enlighten you.

It’s a 4th gear bend. Depending on the car, you’ll be turning in at anywhere between 70 and 85mph and, after a bit of tyre scrub, apexing at a similar speed – though one largely defined by your bravery. It’s a late apex bend. It sucks you in early if you’re not quite brave enough to hang it out wide, grit your teeth and turn in gradually. And not only is the exit phase fast and bumpy, as well as being slightly downhill and off-camber any which way you take it; if you get your line wrong on the way in, you can run out of road on exit very easily.

Have I made it sound ‘senior’ enough yet? Good – because it’s one of only two or three bends at Anglesey that actually scare me. 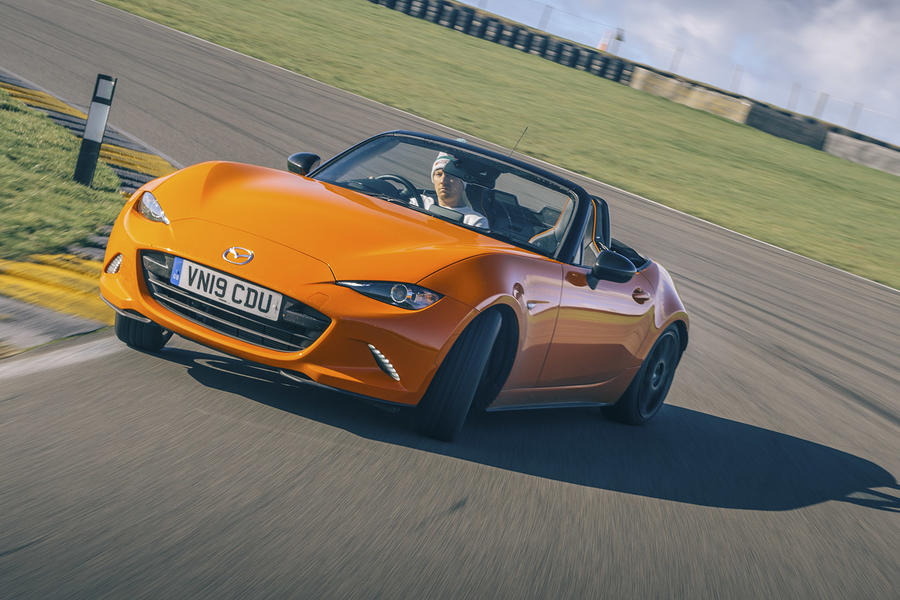 Annoyingly, the Mazda MX5 30th Anniversary edition that qualified for BBDC this year by winning the test’s affordable-car counterpart back in August fairly breezes around it. Its modest power means you don’t need much more than an easing of the pedal to balance the nose on turn-in, and then you simply turn the ideally-paced and weighted steering one way as the chassis rolls gently the other. It’s all very delicate by modern performance car standards. Don’t worry about the body movement; there’s still plenty of grip to see you right, and a lovely sense of chassis balance that just begins to give you neutral attitude in the car as you point the nose out. You’ll barely notice the bumps at all.

Now try it in the super-exotic, apparently prototype-grid-ready Dallara Stradale. Turn in speed? Well, ask yourself: whaddayagot? If you can be brave enough to roll off the throttle early and leave the oddly spongy, over-assisted brake pedal well enough alone, you won’t destabilize the car at least, but you’ll likely be turning in at close to 90 if you do. That’s a brain-out job and no mistake.

Lucky, then, that the Stradale steers with really incredible feel, and, on warm tyres, sticks like Group C car. Downforce means entry speed is your friend. You’ll need to nail that late apex line, mind you – and you’ll feel the bumps this time. Then, with a woosh of Focus RS, away you go.

If a car’s heavy, or if it doesn’t communicate well, it doesn’t go round Church too well either. A Lamborghini Huracan Evo has bags of lateral grip, but less-than-perfect handling balance and quite artificial-feeling steering – and, to paraphrase friend and colleague John Simister, it seems to go from pointing in one direction to pointing in an entirely new one – apparently without needing to point in any direction in between. It gets around alright, but it’s hard to be master of exactly where or how. A Mercedes-AMG GT63 S four-door, by comparison, goes in and comes out slower, and turns in just as suddenly – although, thankfully, your sense of control over course and line isn’t quite so digital-feeling.

An Ariel Atom 4 is perfect for Church if you don’t mind wrapping up against the breeze. It’s certainly worth it. The confidence you get from the chassis and steering here, and the feel you have for the grip level under the front axle, is like nothing else. The car’s light and can carry huge speed without rolling much at all. The pedal placement and brake action are a dream, so you feel like an immortal as you squeeze on the pads and prepare to commit. You can do no wrong. Next time, you tell yourself, I’ll be quicker. What a feeling. 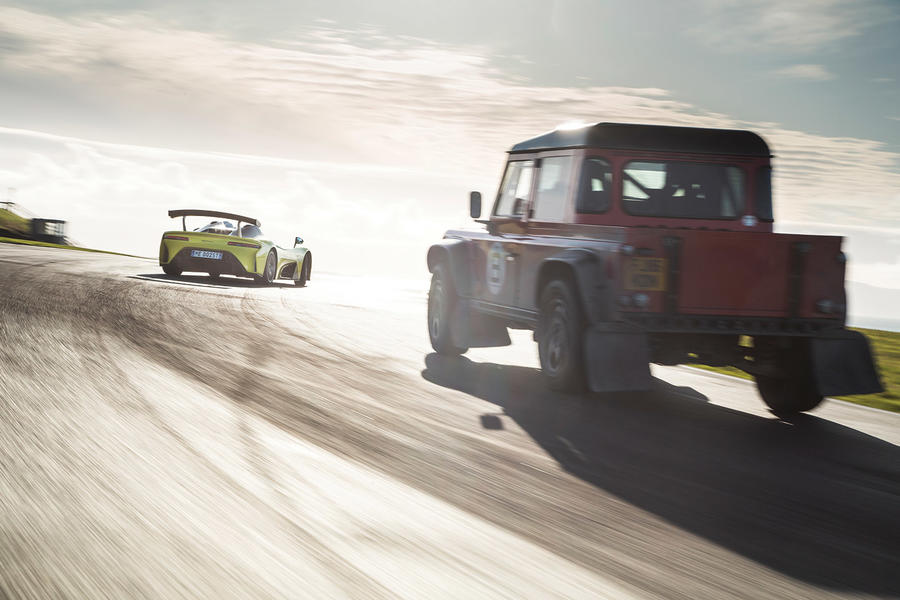 And what a different feeling and experience it is in a Bowler Bulldog. This is the bespoke-chassis Dakar-spec road-legal rally raid car with a Land Rover Defender body perched quizzically on top of it, which its maker has seen fit to put a Jaguar F-Type SVR engine into. Ours came on hybrid offroad tyres; but then I’m glad it didn’t have much more mechanical grip because you wouldn’t believe a car could roll quite like it. Take a deep breath, trust the chassis and you’ll survive it, though. There’s grip even under such conditions and really lovely, precise steering. And if you did hit the grass, why on earth would you worry?

Both a McLaren 600LT Spider and a Renault Megane Trophy-R leave you with a similar feeling as the Ariel, having negotiated Church. Both are really fast and unflappably stable mid-corner; both test you a little bit on entry, but then instantly make you regret not coming in quicker – although the rate at which the McLaren then erupts up to Rocket doesn’t leave it wanting for speed.

If I had to choose between a Porsche 718 Cayman GT4 and the latest 911 Carrera S just for that bend? Tough one. I’ll take the 911 because the handling’s livelier and sweeter, and the gears are a touch more intuitively spaced. A Toyota GR Supra, meanwhile, would give that Cayman a run for its money on apex speed I reckon, and wouldn’t be a lot slower away thanks to its greater torque.

If I was going to risk a long, fast skid in something here, it might be in the Supra, which has a lovely handling adjustability to it as the tyres warm up and wear in. Statements like that are easy to make from the comfort of your keyboard, of course. If you really want a skid, off you go up to Peel and do it, would be my advice.

So there you go. One corner. Eleven very different ways around it. For more, you’ll just have to buy this week’s issue, which I heartily commend.

Dirt in our eyes: Cross-country rallying in a Bowler Defender Challenge​

Flat out in McLaren's ultimate trio: F1 vs P1 vs Senna​

Long time since I drove Anglesey's Trac Mon  but it's a photogenic gem and well worth a visit.