BACK TO ALL OPINION BLOGS
Currently reading: Matt Prior: The experts can't agree about cars or coronavirus
UP NEXT
Matt Prior: Car makers should prioritise profit not volume

Matt Prior: The experts can't agree about cars or coronavirus

Has our columnist had his fill of experts? Not quite - but some clarity would be a fine thing
Share
Open gallery
Close
Share story

Is it getting harder to identify experts? As I write, a few moments ago the prime minister was flanked by two of them and they were flawless in their reasoning for the UK’s stance on combating the coronavirus epidemic. Clear, concise, precise, honest, trustworthy.

But just now, I opened the website of a newspaper that has contacted several other experts, all similarly brilliantly qualified and working in the same sort of field, and they don’t agree with the government’s experts, or each other, on the approach we should take. I mean, they all think you shouldn’t go on a cruise, but I don’t think that’s news to anyone.

Then I opened social media and people definitely didn’t all agree there, so I watched a few car build and cat videos and closed it again.

Once, you’d open a newspaper or turn on the TV or radio and you could be relatively sure that in times of crisis – this probably counts – you’d hear from an expert or two. And that would be that.

But everybody is a publisher these days, and the internet has placed data at everyone’s fingertips so now everyone can be an expert, too. Or, rather, they can adopt a particular position, and then build a case around it, to look like one.

Not that the virus experts we’ve heard from are diametrically opposed – they all know a storm is coming and what the science suggests (it’s not great) – it’s just that their interpretation of the facts makes them vary on what they think will give us the best chance.

But then I wondered. And I am going to stretch a point here, perhaps insensitively, but there we are, it’s 2020 and it probably won’t be the most glib thing you read today. (Less glibly, I wish you all the best during the coming months.) We’re experts here, of a fashion. I’ve done nothing but work in the field of cars since I was about 16 because I think they’re an invention that changed the world for the better. (And I like the vroom noises.) 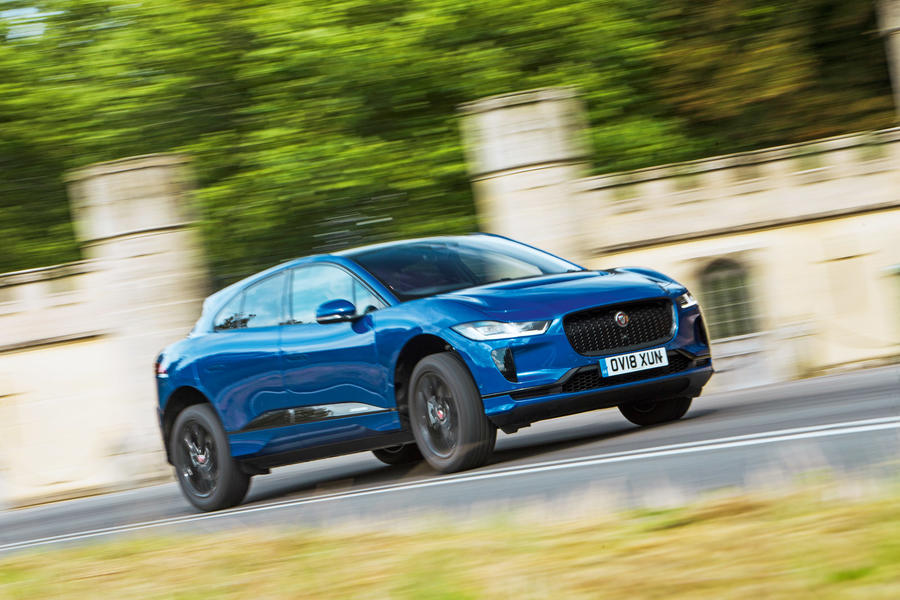 And there are hundreds of thousands of other automotive experts throughout the globe, all aware of the science behind all of the technologies that will drive our cars in future. Toyota currently likes hybrids and fuel cells. Yet I spoke to a senior executive from a different manufacturer the other day who thinks hydrogen has no future; that if you start with sustainability as your base point, you end up having battery-electric cars, and that’s that. But China is investing quite heavily in hydrogen – and if you put in an infrastructure for that, why not use it for cars? A good argument. Because production is still not as efficient as charging a battery, and the storage and transportation is a nightmare, and because you can mitigate the carbon output of trucks by running them on biofuels. Another convincing argument.

Still, then, I’ve asked the experts and come away not quite any wiser. It’s no wonder Michael Gove once said that “people in this country have had enough of experts”. Although Sheffield University then did a study into Gove’s claim and found there was no evidence he was right, either.

Forget experts not agreeing with each other. We can’t even agree about experts.

The science stays the same,

The science stays the same,  its the filter through which its viewed. Free market libertarians view the virus through the prism of economic impact and look for evidence to support that view which is why we get some governments advocating for the herd immunity strategy.

Similarly with hydrogen it's very appealing to legacy industries. Its negates the advantages that first mover EV companies have and legacy fuel companies don't see their distribution network disappear in a puff of smoke.

Despite what advocates of the free market tell you, the market is quite often wrong with technically superior inventions being sidelined due to better marketing or due to the efforts of lawyers negotiating deals Betamax being sidelined by VHS being the most widely known example of an inferior product destroying a superior one. The lead in petrol scandal is another example of a legacy industry moving to destroy competition.

Whatever we end up with might work but don't kid yourself that it's the best solution.

Chin up guys n gals!, self isolation is the key phrase,opportunity...to declutter also.

As you well know

This talk of experts is very

This talk of experts is very much like global warming a few years ago, the media which generally sees stories from a  political angle where there is two sides always felt the need to bring on a climate skeptic because "the debate wasn't settled".

This stopped a few years ago when the media accepted that what they were doing was hosting "equal" debates between people doing actual research and cranks.

Any scientific debates would be subtle and between two scientists who both broadly agree with MMGW.

With fuel cells and BEVs we are still stuck in the "but my expert says" zone.

Two million BEVs were made last year, a few hundred FCEVs were made. Those FCEV require whole sale infrastructure change to work, those BEVs are mostly charged from existing electrical outlets.

The battle is over, BEVs won.

They had the advantage that electricity is widely distributed and that their principle component was already in volume production for consumer devices. Also a BEV works best as a sports car and a luxary car due the ability to generate massive power, this allowed manufacturing scale to be built by selling to the least price consious customers. FCEVs struggle to develop high power and hence early models cannot be priced against

The BEV vs FCEV is a classic

The BEV vs FCEV is a classic technology lock in case.

FCEVs are touted for a whole load of edge cases but in practice I doubt that any of them will see the light of day simply because BEVs will dominate because they are already in volume production and getting the costs down plus they need relatively sparse new infrastructure.

Most of the infrastructure needed for EVs alreayd exists because it is a drive and a plug. For people who don't have a drive and plug the issue is really about parking permissions and deciding who should pay for the last 5m of cable to get electricity to a car. Tesla has showed that the ratio of EVs to a fast charger is somewhere between 1 to 100-200 and is perfectly supportable from a levy on EV sales.

Because of this dominance BEV options will be flexed to cover the edge cases (trucks, buses, farm equipment) rather then needing to develop a whole new hydrogen filling infrastructure which has to cover the whole country before it is effective for a relatively small market.

Tesla has already shown that long distance EV trucks are feasible, they are not being rolled out right now at volume because Tesla get a much better return on putting their limited battery supplies in 12 Model 3s rather than one semi truck.