BACK TO ALL OPINION BLOGS
Currently reading: Matt Prior: could cheaper motor racing attract more people to the sport?
UP NEXT
Matt Prior: Saying goodbye to the Kia Stinger

Matt Prior: could cheaper motor racing attract more people to the sport?

"Why would you want to stop racing?” a motor racing team manager asked me once. I’m not that good at it, might be one answer, but he wasn’t talking about me: his was a more emblematic question.

His point was that people do stop. They come into amateur circuit motor racing with high hopes, and a certain amount of money, but after a few years drift away again, which frustrated him.

He said he’d seen it too often: people came, spent a lot of money, became frustrated about the amount they’ve handed over and what they’d received for it, so went and played golf or bought a boat, a supercar or something instead. 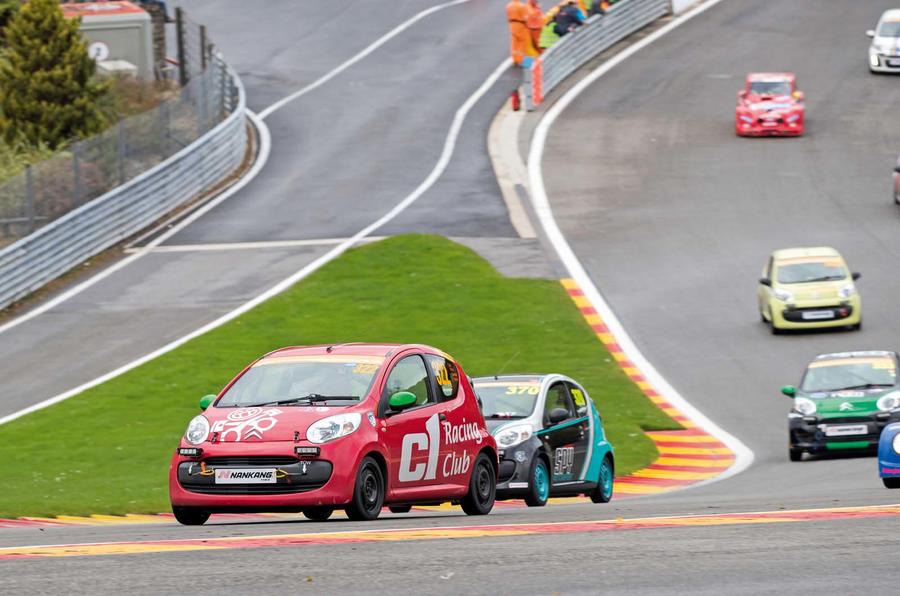 This frustration, I think, is behind the success of the Citroën C1 Club series, which Autocar competed in last year and whose myriad endurance races this year, including three 24-hour contests, one of which at Spa-Francorchamps, were all massively oversubscribed. It’s cheap to enter, by motorsport standards, and it’s fair, because all the cars are, from a performance perspective, the same. They’re all old Citroën C1s with barely any mechanical changes. The cars even need to have passed an MOT.

And that, in turn, seems to be something that hasn’t escaped the notice of MotorSport Vision, operator of several UK race circuits and already organiser of the low-budget Track Day Trophy. Now it is launching the EnduroKA series. You can tell where this is going, can’t you?

MSV’s new series will be based around the Ford Ka, from 2002- 2008, so the cute original Ka shape but with an SOHC motor rather than the earlier pushrod engine. Purchase costs are not dissimilar to a C1’s: upwards of a few hundred quid, to a grand or more. 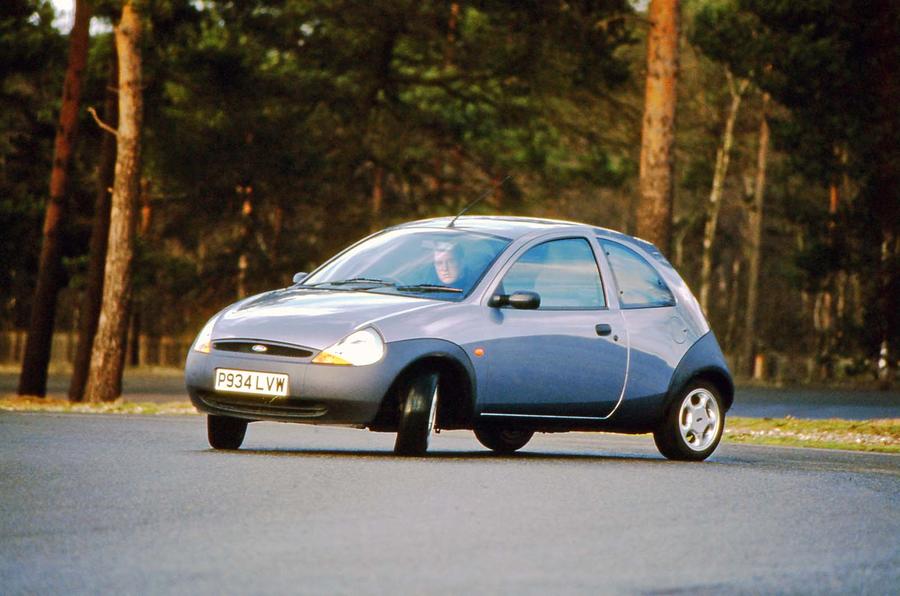 Unlike the C1 race club, EnduroKA cars don’t have to be put through an MOT, but there’s a similarly strict line on modifications: for the most part, you’re not allowed to make them. You should take out the interior and have to fit relevant safety kit, obviously, but the engine has to remain standard. There are control tyres, roll cage, springs, shocks and brake pads, all supplied by one company.

Five events are planned for 2019: two five-hour races, a six-hour race, the 12 Heures du Norfolk at Snetterton and a 500-minute race on the Brands Hatch Indy circuit – an Indy 500, if you will. Those little doses of humour extend to an expectation that you’ll deck your Ka out in some kind of race livery, serious or otherwise.

Entries are anything between £850 and £1400, with teams of between two and six drivers, depending on race length. So you can club together with your mates. All of which sounds like quite good fun. And I suspect there are easily enough people out there to keep both the C1 and EnduroKA and other series going.

My experience of C1 racing is that, although there are people doing it because other circuit racing is too expensive for them, there are those in it who can afford to race all kinds of things, but think this is fairer, and a whole load of fun.

How you can help to boost grassroots motorsport

How to have fun on four wheels for less

24-hour racing in a Citroën C1: the most fun race on Earth?

But it's just terrible for the spectators.....

and therefore it will never be cheap, because such racing never attracts many spectators, and therefore poor gate receipts, and thus poor refreshment spending once at the circuit, so traders cannot be attracted to rent pitches and so on, so the circuit owners will have to charge an increased hire fee which will have to be passed onto the drivers.

I wonder if Mr Prior has ever spectated at a C1 event. I have and it is absolutely tedious. The endurance races are just utterly boring. The cars are slow, unreliable, quiet and uninspiring in every way.

Yes there are large grids, so luckily some contact to liven things up a bit, but in the endurance races it all settles down with large gaps and little racing/overtaking. 12 hours of that at Snetterton? Can I suggest that Mr Palmer has his maintenance team painting something so that the 2 spectators who stand there for 12 hours can watch it dry to break up the monotony. Hopefully as the KA series don't need MOT's then all the wheels will fall off like a clown's car at the circus, and everyone can go home early.

It's not for spectators in the main.

You're missing the point about spectating. Slow cars are not spectactular to watch but they are fun to drive, and of course they're not going to get big crowds to watch such things - I wouls say that the most entertaiing race i every watched was a Vespa scooter race at Cadwell Park many moons ago - the slowest thing I've every seen but hilarious...

The other posters hit the nail on the head. The start up costs are way too high, and the FIA and MSA should take blame for this. Karting is the same pretty much for kids - £300+ helmet, £200+ suit, gloves, and boots. £160 starting pack and test. £150+ to join a club. You've blown the best part of £1000 before you even have a kart, spares, and a towbar and trailer! I agree safety is important, but the helmet regs are stupid beyond belief, and for kids it means that a highly Sharp rated big brand helmet can't be used, and you're forced down the cheap brand route at £250, or big brand at near on £500.

Then running costs... A 6 to 8 year old suitable Bambino kart is about £1400 for a good lightly used one, and £2400 new, so pretty reasonable as you'll get most of your money back after two years. The tyres will last a long time then cost £140 a set. Entry fees vary but £40-£100 for a race meeting is the range. So Bambinos is relatively cheap apart from the ludicrous start up costs from the FIA/MSA.

After Bambinos then the problems really start in karting. Aside from the aforementioned start up costs you then have tyres running at £150+ per meeting (they should be made harder compound and a two meeting minimum rule put in place for clubman racing), multiple classes which fragment grids and mean you race against less people and get less laps and time on track. There are so many commercial interests in karting it's unreal - importers, tyres, engine builders, etc. The MSA have presided over an absolute mess of class fragmentation and cost escalation that has led to pretty much all kart tracks running meetings outside MSA juristiction - entry fees are usually 50% less, and start up costs are halved.

I looked at car racing and while the Ford Ka and Citroen C1 is cheap by normal standards it still suffers from the same high getting started costs and over the top starting standards - plus look at those entry costs for a meeting..... That's what the MSA and circuits need to attack (circuits have less cope clearly as they have running costs).

If you want relatively cheap motorcport get yourself along to the nearest kart track that does non-MSA karting - you might see it called IKR too.

MSA fix karting for the future on short circuits. It's simple, 6-8 year old Bambino class, 8-12 Cadet class, 13-16 Junior class, 16+ Direct Drive class, 16+ Gearbox class. Each class will use the same brand of tyre (different compounds and sizes of course) that is tendered every five years - the volume discount should allow at least a 30% reduction in tyre cost - and have barcodes and a two meeting rule on tyres - instead of £150 per meeting it comes down to £50 per meeting. Each class will have a single chassis and engine type allowed (and robust stuff rather than aiming for ultimate speed)  - again tendered every five years, and a small handful of engine builders homolgated and again tendered for 5 years. Start up costs to be attacked, and starting with free licenses to youngsters until 12 years old, Sharp rated helmets, and a tender for racing suits, gloves and boots to stop the chequebook racers. Novice licenses for kids to be awarded by CoCs instead of the silly ARKs system, and reduced or free entry of the kids to encoourage them as they are the future of the sport.

Then have a "serious" level of karting for the kids who are out future stars - follow the FIA rules for international karting so our talented boys and girls can go and compete seriously abroad, just keep it away from clubman racing.

Matt - didn't you do kart racing before?

Money all the way

Last time I looked at getting back into racing, just getting set up was expensive.

Helmets could no longer be bought in most helmet shops as they were not deemed up to standard, despite being fine for motor cycle racing which needs them even more. So I would have to travel to check the fit (more important than quality for safety), and pay several times as much.

Medicals were £100+, and I was on the cusp (I'm now over) of being of the age that required an ECG, which multiplied the cost several times over.

Standards kept getting raised for the suits and other safety wear, despite never seeing anyone requiring anything approaching the old standards in any accident. Even the cheapest set of clothing was approaching £1000, and most of it had expiry dates (my last race suit has only been used a few times, but is now out of date). Safety matters, but everything is totally out of scale for the risk compared to other sports.

All costs I'd have never

All costs I'd have never thought of, I certainly didnt realise clothing expired or that medicals were required let alone specific helmets, my motorcycle helmet is passed for motorsport but as you say not suitable, all I expected was car and entry costs along with licencing. I'll just carry on dreaming. Logistics wise I couldnt afford it or the time off to do it.

Some of the best motor sport I've ever seen was the people mover race on Top Gear.