A close encounter with the new X7 and 7 Series in the flesh prompts the question: how has this happened?
Close

This week’s ‘what were they thinking?’ breaking news is brought to you – it feels not for the first time – by BMW.

Yesterday I saw a new X7 photographed by a colleague, and later passed an actual, in-the-metal, new 7 Series on the road.

That meant seeing them both far from the attentions of a professional photographer, someone who might try to capture them in the right settings, or at the right angle – from the back is the best, I find – to minimise the shock and awe of the new, oversized front grille some new BMWs seem to be sporting.

I’ve been trying to think of the word that best describes the feeling you get on seeing it. I’m currently going with ‘horrific’, but it’s a developing theme.

What I know is that both times I saw that nose, I winced like I was watching a replay of a grisly sporting injury. These are genuinely painful cars to look at.

Why would you design a car to look like that, I wonder? Did it look amazing on paper, with something going distinctly awry during the production process? Or was it just a design office joke that got way, way out of hand because nobody once quietly put their hand up and said: “Er, boss, this car; very nice and all, but isn’t it a bit, y’know, absolutely minging?” The only thing I think it cannot be is because everybody looked at the finished thing and said: “Perfect, I think we really nailed it there.”

It’s easy to be dismissive, I know. Especially with design, which is more subjective than pure engineering. As such, I’ve felt trepidatious meeting a designer after casually, perhaps cruelly, dismissing their otherwise quite attractive car as looking like it’s had a stroke (Land Rover Discovery rear) or like a stress-ball F-Pace (Jaguar E-Pace) because that was a bit mean. But here, where is the line on being too cruel, when they are, to my eyes, the worst-looking cars a mainstream manufacturer has launched for decades? 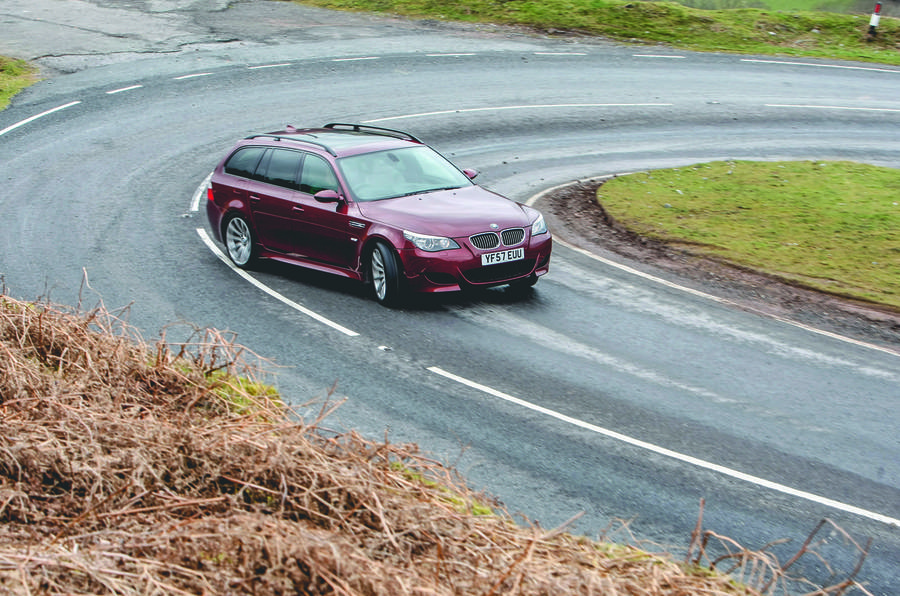 I understand that, at times, BMWs of the early 2000s – the era of design director Chris Bangle – were controversial, sometimes challenging, to look at. But part of the idea was that, while some car shoppers would instinctively swipe left on seeing one, there were an equal or greater number intrigued by the taut surfacing, who’d think they absolutely must have one.

And I’m just not sure that’s the case here, unless there is a subset of people who like to gaze upon their driveway in the morning and pull a face like they’re watching a really difficult surgical procedure.

And so searching for reasons why, or how, BMW would end up here, I can only think of one possible answer. BMWs have had a bit of a reputation over the years. Sometimes the gits of this world have driven them. There was the old gag that indicators were optional, and that if somebody was ruthless, a tailgater, an outside-lane hogger, who’d never let you out at a junction and, conversely, you’d never let out either, it would be a BMW driver.

It was the kind of person who, these days, has migrated to an Audi. So perhaps this new grille is just the final design touch intended to bring the curtain down once and for all on that era, and bring about a feeling you’ve never had for a BMW driver before: pity.

The car designs of Chris Bangle

Worse for me is the excessive

7 June 2019
Worse for me is the excessive detailing of BMWs, though paradoxically not applied to these two.
Those crease lines that end nowhere and articulate nothing are pointless, the fussy shaping of the lights is mere visual noise, the extra fixed panel trim behind the rear door in the new 1 & 3 adds further mess to the already messy shape ...
Those who migrated from BMW to Audi will find Audi going down the same route. Volvo is the only hope.

They should be styling bling models for that market and remaining quietly restrained with the styling for their more mature markets.

The answer to why...

...lies in the prime markets for these gurning horrors. Lands where people with cash have no eye for design and no sense of aesthetic taste: China, Russia, and the Middle East

They do have an eye for design and an aesthetic taste - Moscow Underground, It just differs from yours.

I agree, BMW has been a leader in design for not just vehicles but in airplane interiors and recently in transportation drones.

BMW has indeed had unconventional design Matt, but people did keep on buying its products in the millions every year, for many years. BMW products stay in the market for many years, they have to be unconventional when released, to cause stirr during their life, and become familiar seven or eight years down the line when they will still be on sale.

to remember the same comments when Audi went big with their grill back in the day and yet an Audi with a small grill these days would look odd. Personally I like the big grills on both cars. Perhaps those that think people with money in other countries have bad taste should read about the False Consensus Experiment by Lee Ross.

The new BMW design language, ostentatious and in your face (and at the same time abhorrently cheap looking with shiny black plastic etc) is an attempt to attract the growing new-rich Chinese, East-European and maybe Middle Eastern clientele which does not have European classy and subdued sense of style and on the contrary try to show off as much as possible.

Either that or a complete brain-fart by BMW management/designers.

X7/7-Series/8-Series - they all look absolutely cheap in my eyes. They have design, yes, but absolutely no style. They do not look BMW to me, there is no connection to traditional BMW design language.

Not becuase its big

It not the fact that the grills are big, its where they are in relation to the lights that is wrong - the lights, especially on the 7 saloon, are way below the line of the top of the grill, and this just looks yuk. They could have done a bigger and more imposing grill, but made it way better than these hideous creatures.....