BACK TO ALL OPINION BLOGS
Currently reading: Why the Volkswagen Multivan means so much to so many
UP NEXT
Opinion: Virtual Porsche concept gives real cause for excitement

Why the Volkswagen Multivan means so much to so many

Volkswagen's passenger-carrying vans have fans all over the world. Will the new one satisfy all of them?
Open gallery
Close
Share story

The Ferrari SF90 Stradale, Mk8 Volkswagen Golf, new Land Rover Defender and Aston Martin DBX are among the cars that we've been most excited about over the past couple of years.

The launch of each was hyped up for months in advance, read by thousands of readers on the Autocar website and - without exaggerating - had a real cross-industry effect.

But yesterday came an unveiling with a slightly more personal touch – one that may have passed you by if you care more about acceleration than accommodation or value pace over plug sockets.

Yes, it's the new Volkswagen Multivan, which, despite the retro-inspired new name, is essentially the new version of the big-selling Transporter MPV that we all know and love.

It has received a new platform, a radical new look and even a plug-in hybrid powertrain option.

It's hugely exciting in its own right, of course, and surely is as valuable to many of Volkswagen's top brass as is the Golf or ID 3. But the challenges faced by the Multivan are far more arduous than mere WLTP homologation processes, MPV group tests or test track lap times.

You see, anyone who's really excited about the new Multivan - let's call it the T7, for the sense of continuity - probably has a connection to VW vans of yore.

The T7 is the latest in a line of passenger-carrying Volkswagen vans that goes back, more or less, to the early 1950s. Volkswagen nerds like myself can spout affectionately coined monikers like Barndoor, Splittie, Bay and Wedge in discussing the Transporter's hallowed lineage, and no doubt view this latest generation's unveiling as no less significant than the revival of the Beetle in 1997.

I grew up in the shadow of a succession of brightly coloured Type 2 'Bay Window' campervans converted by the best of the best: German firm Westfalia (a Helsinki and a Campmobile, since you ask).

The clattering air-cooled 'pancake' motor at the rear, the musty smell of the 'pop-top' rooftop bed and glaring tartan upholstery are emblazoned, thus, in my sensory register for life, and I remain an ardent VW van fanboy to this day.

Later, a friend and I would rescue a T3 Multivan from behind some bins around the back of a local garage, spraypaint it in his garden and create lasting memories ferrying hordes of like-minded fools to school, parties and McDonalds. 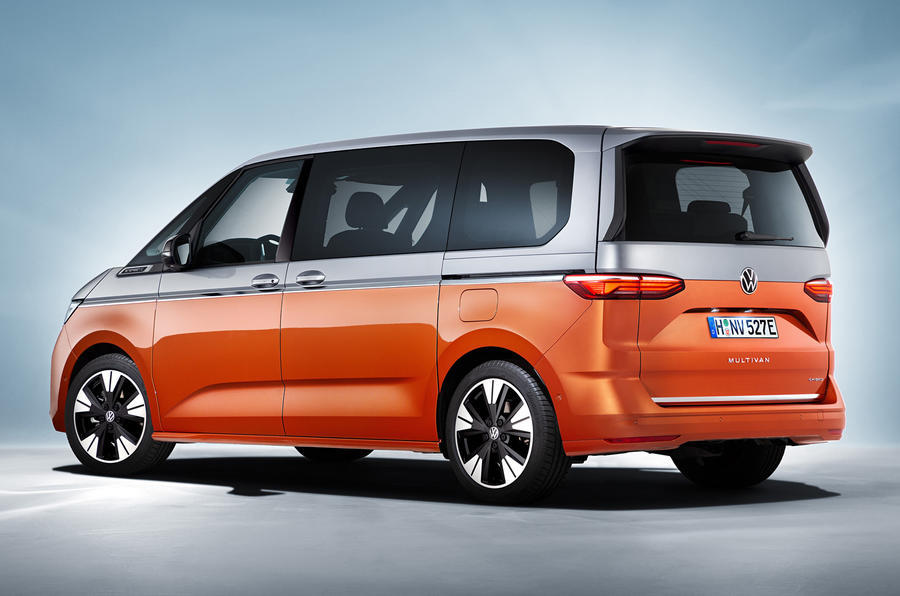 We weren't alone in our obsession: each year, we would join a convoy of hundreds of old VW vans and head to the coast for the ever-impressive Brighton Breeze meet-up. That's without mentioning Van Fest, Bug Jam, Stanford Hall, Volks Weald and countless other Volkswagen fan calendar mainstays.

All of which is to say: there are few vehicles which mean so much to so many as does the humble Transporter. And, arguably, few that depend so heavily on their character and cult appeal for continued success.

Will the latest-generation pick up where previous versions left off? Well, the daring design is a step in the right direction, enlivening the previous, T6's more staid look, as is the flexible interior format and airy glasshouse.

But let's not forget, the Transporter is nowadays a £50,000 car, and the new PHEV version of the T7 will no doubt command a hefty premium. It's hardly the 'van of the people' it once was. Add to that a tech-heavy helm that visibly lifts the Multivan to the level of Volkswagen's most premium passenger cars and it's hard to compare it to the humble people-haulers of years gone by.

The MQB underpinnings should make it a treat to drive (the T6 wasn't exactly a tractor), and the eHybrid will bring very welcome fuel and tax savings, but were there a flower-power movement today, it's hard to imagine the proponents would choose the T7 as their campaign wagon of choice.

At the end of the day, though, it will no doubt be among the most competent road trip wagons on the market, and future camping variants will be more advanced and comfortable than my flat.

But once it's passed muster in the Autocar road test, we will have to properly examine its credentials by taking it to sunny Scunthorpe with seven passengers, a barbecue, three dogs and a Jimi Hendrix mixtape. Because only five stars there will make it a winner.

I guess the Video walk through I saw on AutoExpress web page of what must be the all singing all dancing, full optioned to the hilt Multivan wouldn't be the big seller?, anyway, I'd say it's moved the Goalposts in mobile campers, more car like up front, and it certainly looks from what I saw quite roomy, and, yes, they can get heavy on price, maybe staycation is a word we'll be using for future Holidays?, anyone fancy the Van for there Hols?

Felix, you've got this wrong. I'm sure VW would love to trade on the history of the various T-vans in promoting this as they have been very popular. But this is not going to be sold as a van, only an MPV, and is little more than an enlarged van-shaped Touran.

I've had 5 VW T-vans over the years, all used for leisure purposes, but their quality is not what it was (the last one, owned and cared for from new by me, needed a new engine after 60,000 miles).

In my bitter experience, the VW scene-tax you pay for these vans is unjustified. Having said that, my plumber loves his new T6 van, despite its £40,000 price for a basic panel van - I must be paying him too much!

For a VW product, the Transporter has basic great engineering, and I think that the hype does somewhat match with reality. I hope that the T7 continues on with the simple robust tech, rather than over doing the fancy nonsense that workmen dont want or need.