BACK TO ALL TOP 10s
Currently reading: Top 10 best MPVs and people carriers 2021
UP NEXT
Small electric cars

The market may have embraced SUVs, but the best way to haul people and their stuff at the same time is still with an MPV. These are the best ones currently on sale
Share
Open gallery
Close
Share story

The MPV segment has been under attack for years; SUV sales are continuing to skyrocket and have all but eclipsed the people carrier class.

But MPVs remain the more practical option, offering better value for money in more functional packages. Some can even be both handsome and fun to drive, meaning there’s still life in the segment yet. Below, we run through 10 of the best to demonstrate this.

The Sharan is not the most nimble in its class, but buyers will love the Sharan’s quality feel, its ease of use and the badge kudos it holds – all of which is helped by a familiar design language that makes the Sharan look a bit like an oversized Golf.

A wise optional specification is DCC adaptive chassis control, which offers a wider breadth of talents and, when set to Comfort, makes the car the best-riding in its class.

The Sharan remains a serious contender in the seven-seat MPV market and a smart buy for anyone with a need for serious practicality.

Save money with new Sharan deals from What Car? 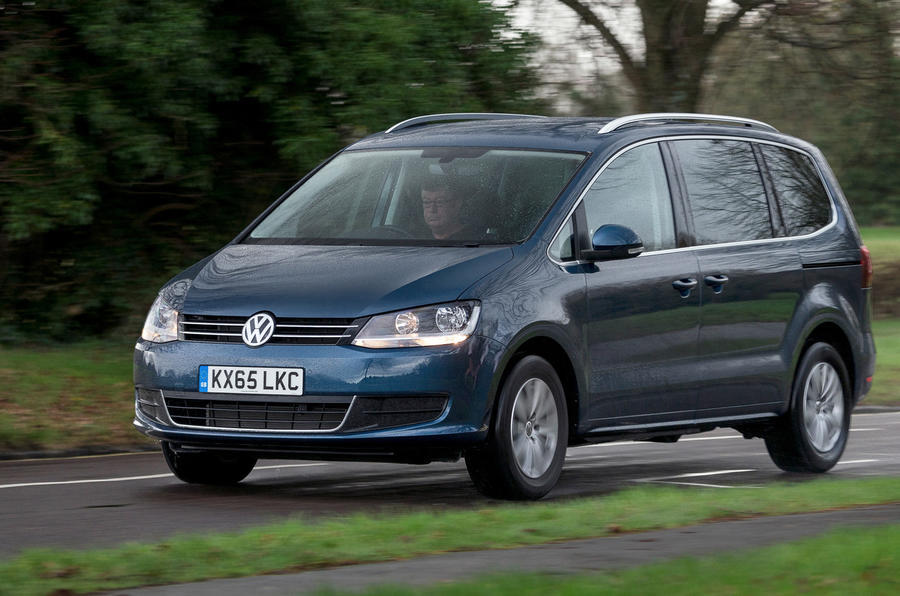 The 2 Series Gran Tourer looks expensive, but that's compensated by the fact that it is so well equipped, is of such high quality inside and features engines that are clean and frugal.

Its rivals come in the form of range-topping variants of the Ford Grand C-Max and Renault Grand Scenic, but the 2 Series Gran Tourer will attract a different type of buyer – one who prioritises look and image above maximising practicality.

The 2 Series Gran Tourer is an impressive steer for a seven-seater, but it isn’t one that stands out in an overall impressive class. The VW Sharan is a smarter choice when value for money is concerned, but this car can’t be beaten for desirability.

Save money with new 2 Series Gran Tourer deals from What Car? 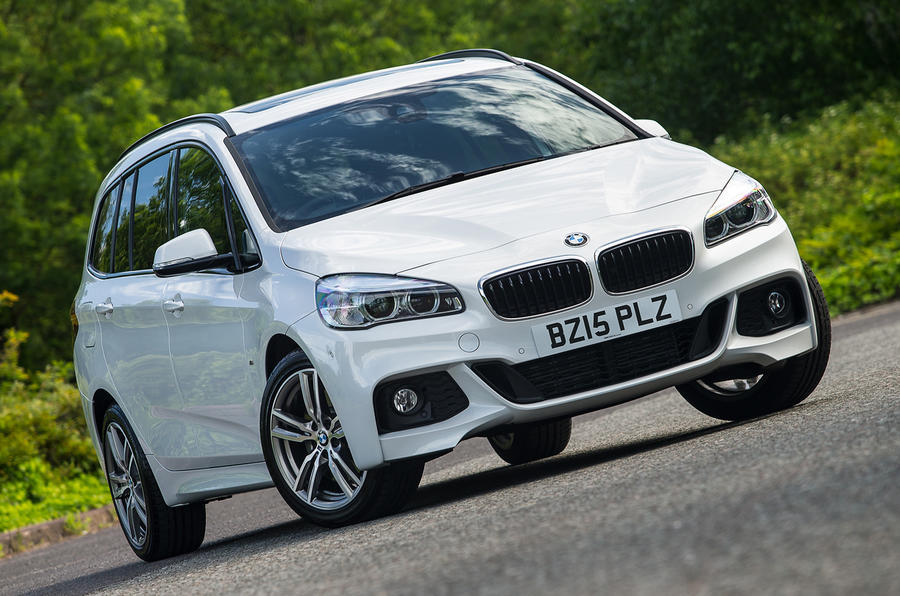 More than two decades and almost two millions sales ago, Citroën pinoeered the van-based MPV with the Berlingo, and this latest (but only third) generation model returns to the original's charm and odd-ball likeability.

There are stout reasons why you might buy this instead of a more conventional MPV, too: the interior is truly cavernous, with 186 litres of storage space in the various cubbies dotted about, and even with seven seats there's still generous space for luggage.

Best of all is that the Berlingo rides with true calmmess and steers intuitively, which along with generous equipment levels for UK-spec cars make it something of an everday gem.

Save money with new Berlingo deals from What Car? 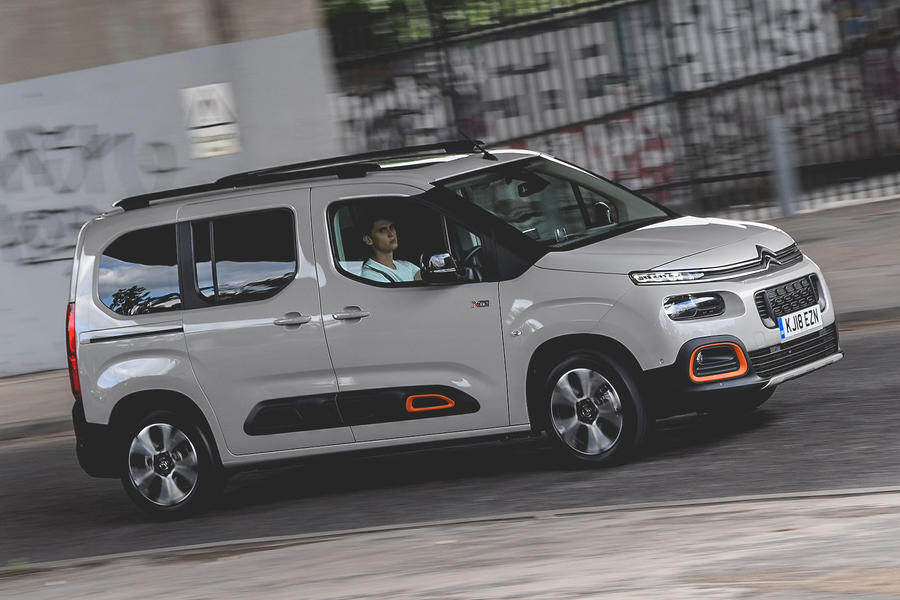 The Touran feels like a car created from the very core of the MPV textbook, having been born to deliver great occupant space from a fairly compact footprint.

It can’t come close to the BMW 2 Series Gran Tourer for premium-brand allure or driver appeal, while it also lacks charm and its design is bland.

That said, the Touran scores no less than eight out of 10 in every department, making it a strong all-rounder that does exactly what it says on the tin with fantastic consistency.

Save money with new Touran deals from What Car? 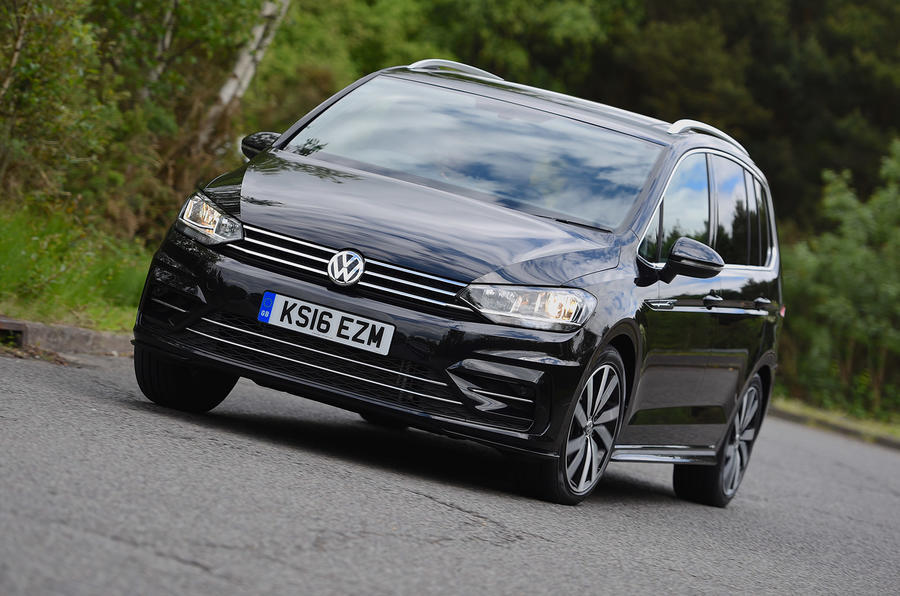 The new S-Max doesn’t appeal in quite the same way as the previous one in the driving sense.

On performance, ride and handling, Ford barely moves the bar forward, and that has cost it dearly in a class where rivals have taken strides. That said, the finished product is still a respectable, competitive and generally pleasing-to-drive family car&#39; it’s just that it lacks the unique selling point the old car offered.

In its defense, the S-Max’s design is more interesting than other MPVs and, even with little improvement, it’s still good to drive. It’s just a shame that it's now a good car rather than a great one. A recent facelift and the addition of a sporty-looking ST-Line model has helped to keep it looking fresh, too.

Save money with new S-Max deals from What Car? 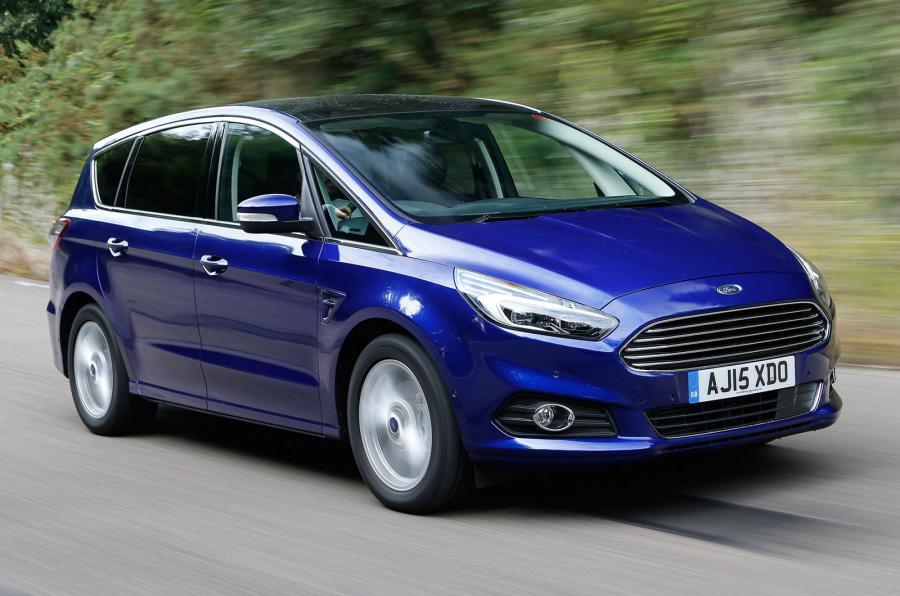 The Alhambra is not a fun car, but it is a very effective one. It serves its purpose very well and provides occupants with comfortable, roomy transport.

It’s as refined as a Volkswagen Golf and has more practical access than rivals such as the Ford S-Max or Galaxy, thanks to its wide-opening sliding doors. If you want a car that’s more enjoyable to drive, you’d be better off considering one of the aforementioned Fords; but in terms of value for money, nothing can beat the Alhambra.

The sharper-looking S-Max probably just has the edge for overall desirability, though.

Save money with new Alhambra deals from What Car? 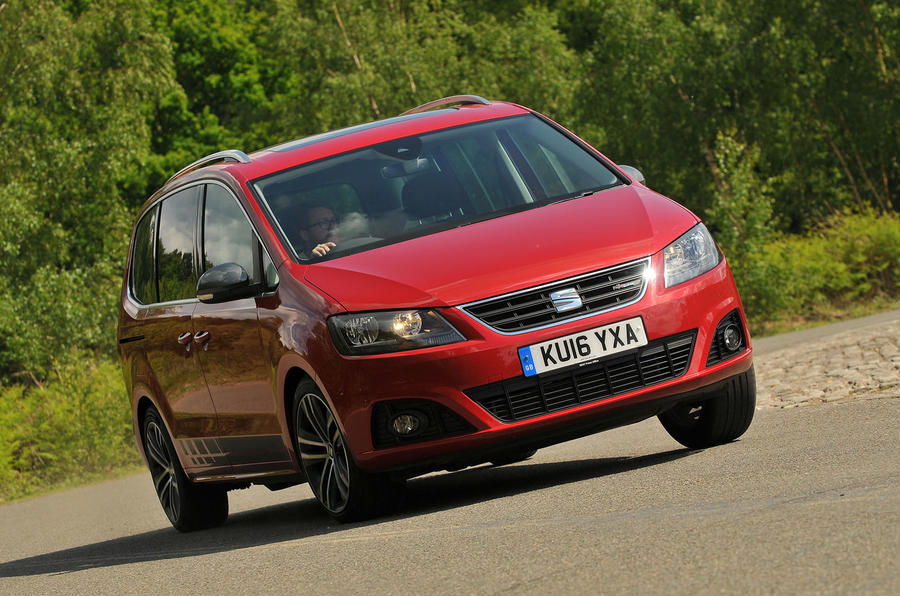 This latest Citroen Grand C4 Spacetourer (née Picasso) is a far more rounded than its predecessor, but it retains all the quirkiness that made that car such a unique proposition in a segment many would assume to be entirely dull.

It has a classy, well-designed and functional interior, although it isn’t up with the very best for fit and finish. To drive, the C4 lacks the shine of Ford’s S-Max, but it is far from bad on the road and comes with a good range of powertrains. As far as MPVs go, this is a highly talented, albeit not perfect, example.

Save money with new Grand C4 deals from What Car? 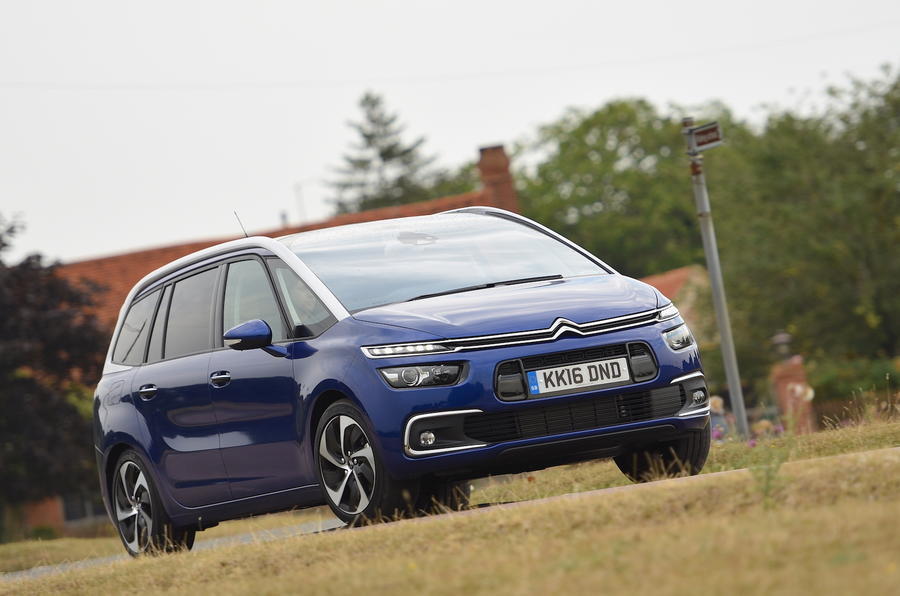 The Renault Grand Scenic might not be quite as daring in its exterior design as the Citroen Grand C4 Spacetourer but, like its French counterpart, it remains one of the more attractive contenders in the MPV class.

It’s reasonably nimble for its size, and the practicality its cavernous interior affords is seriously impressive. Standard kit is good, too. It’s just a shame that it’s hampered by engine refinement issues, as well as a ride that’s not particularly cosseting by the standard of the class. The fitment of 20in alloys as standard across the range has a good deal to do with this.

Save money with new Grand Scenic deals from What Car? 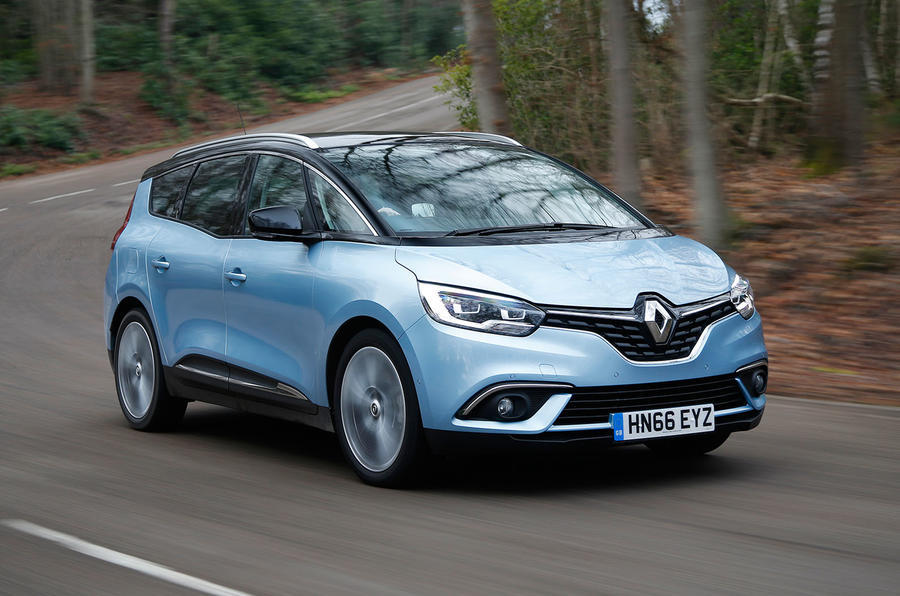 In terms of style appeal, the Peugeot Rifter sits between its two PSA Group platform mates. It lacks the immediate, eye-catching quirkiness of the Citroen Berlingo, but its appealingly sculpted front end makes the Vauxhall Combo Life look a tad dumpy by comparison.

Like its relatives, its interior is impressively spacious, its engines largely refined and its ride quality generally good. Some may take issue with the smaller steering wheel that Peugeot seems insistent on fitting to all its vehicles these days, but overall it makes for a likeable - and hugely practical - seven-seat MPV.

Save money with new Rifter deals from What Car? 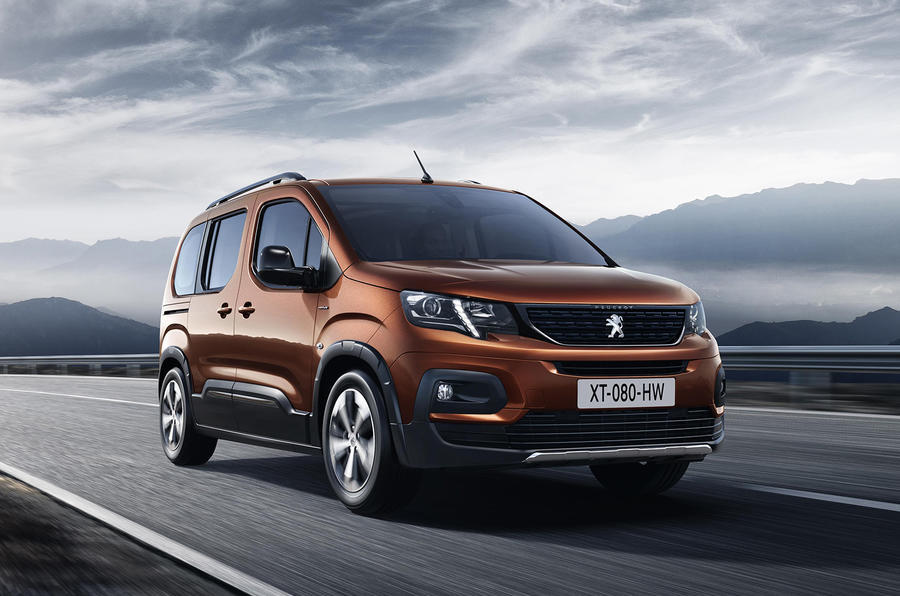 As an affordable means of transporting a lot of people, a lot equipment, or a fair amount of both with little fuss or bother, this Vauxhall does well enough.

Limited performance and questionable body control bring the outer reaches of its utility value into question, and it’s a shame that its most clever on-board storage features aren’t offered as standard. But neither reservation need put you off if all you need is a lot of space on a little budget.

Save money with new Combo Life deals from What Car? 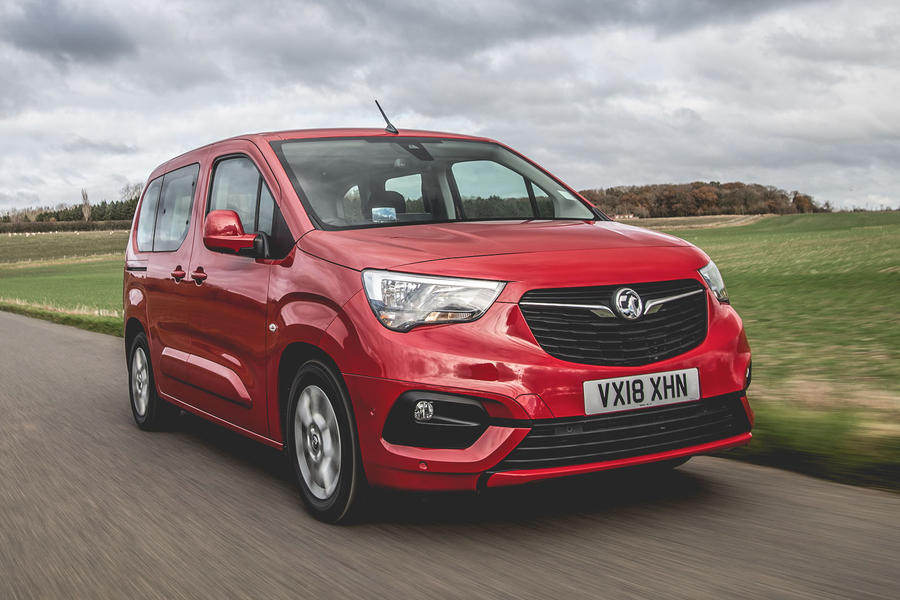