BACK TO ALL OPINION BLOGS
Currently reading: Why the new Rolls-Royce Phantom matters
UP NEXT
Matt Prior: Why lane-keeping assist systems need a rethink

Why the new Rolls-Royce Phantom matters

“Phantom is the longest-running car name in history. It’s synonymous with the people who made the world turn: kings and queens, megastars, celebrities, noble people, powerful people who define history. Phantom is a thread that connects world events.”

Quite the introduction to the new model from Rolls boss Torsten Müller-Ötvös, then. Important, much? But while the new Phantom arrives at a time when luxury cars are shifting away from traditional saloons and towards SUVs, there was no way that Rolls was going to let its upcoming Project Cullinan SUV, due in 2019, be the scene-setter for the new ‘Architecture of Luxury’ that will underpin all of its future models.

Müller-Ötvös considers the Phantom to be the epitome of the luxury car; the SUV is all part of diversifying the brand and appealing to the fact that “ultra-high-end net worth is getting more fragmented”. It’s offering an alternative, not a replacement, and not something that will eclipse the Phantom.

Customers don’t order a Phantom, they commission one, often spending £1 million in the process. It makes up 15% of Rolls sales “every year”, says Müller- Ötvös , adding an emphatic “always” at the end.

He says Rolls doesn’t compete with other car makers. “Do people like a Ferrari or a Rolls-Royce?” he poses. “They like both. This is a luxury business. There’s no need to offer a car for A-to-B to buyers; they have multiple cars. These are luxury goods to enjoy. They are bespoke, fulfilling dreams. Only imagination is the limit.” 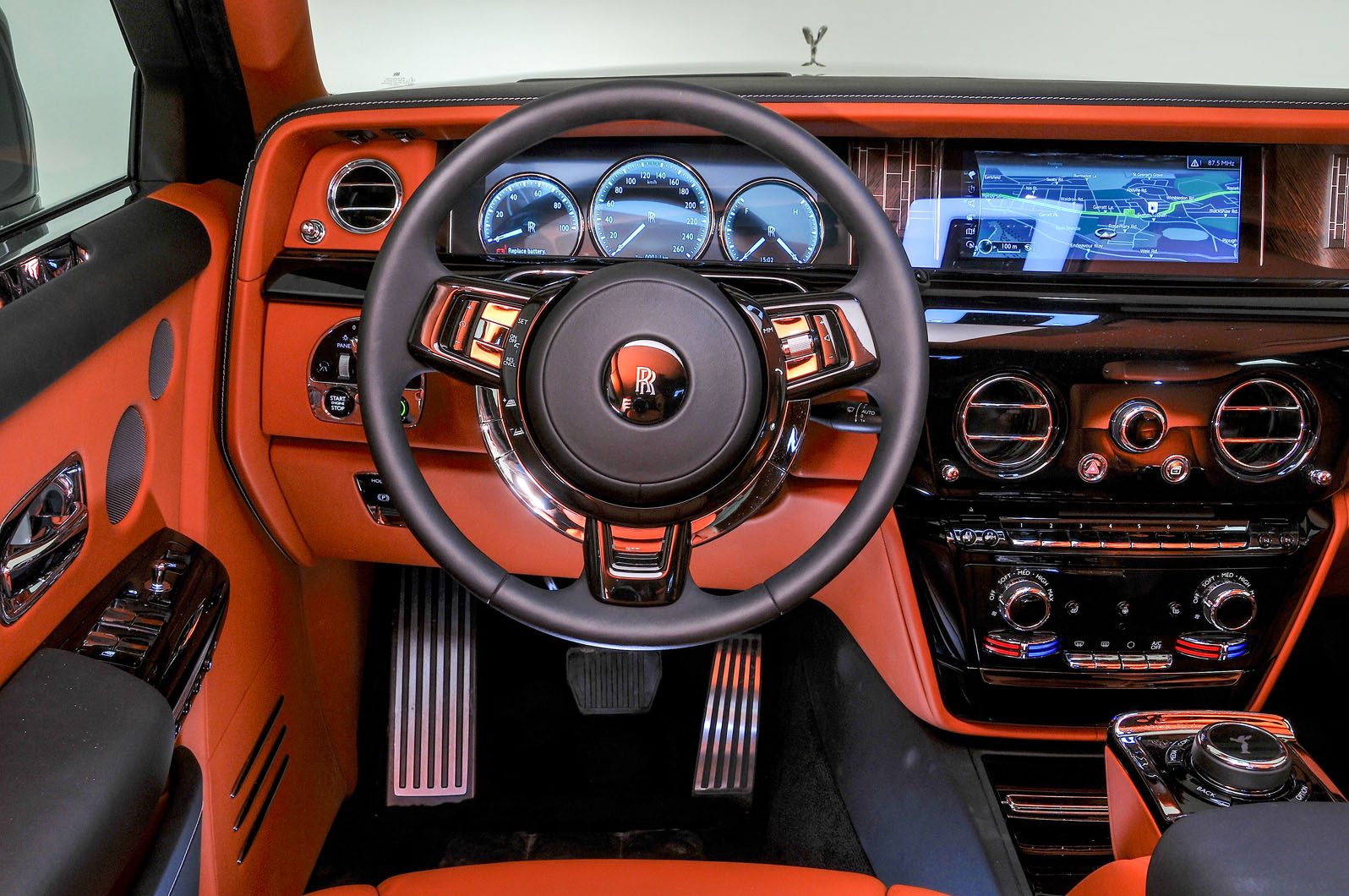 Customers don’t drive one before buying one; they take Müller-Ötvös’s word for how good it will be. We saw the car in March, before any customers had seen it, but Rolls already had orders in the bank. “They trust me,” he says. “They place an order.”

It’s telling that, away from the design and engineering that has made the Phantom such a compelling luxury car, the thing that excites the Rolls boss most is that customers can commission and display art behind the Phantom’s new glass dashboard. “Art is big for our customers,” he says. “The idea was born out of a customer inviting to me to see their art. At a later stage we thought, why can’t we create the gallery concept and bring their art into the car?”

Why not indeed? Welcome to the car, then, that goes beyond being a merely a car. It’s The National Gallery on wheels.

"It’s The National Gallery on wheels."

....except you wouldnt feel embarassed to be seen in the National Gallery!

For all the easy cynicism it

For all the easy cynicism it's actually pretty epic. The technology and presence are special. For those who can... why not?

I had to write a paper on the

2 February 2019
I had to write a paper on the idea behind creation of rolls royce so I took help from this blog and a superiorpapers.com essay which was written about the car. My professor was so impressed by my work that he gave me an A.

Nothing new to see hear,,

A brick with radius edges.

So what actually matters?

Mark, the title of your opinion piece posits "Why the new Rolls-Royce Phantom matters" but then in the article you don't give a single reason. Did I miss something?

I think the gallery is a much

I think the gallery is a much better idea than Mercedes Benz's choose-a-pong.

I don't it it matters at all.