BACK TO ALL OPINION BLOGS
Currently reading: Racing lines: Why Alexander Sims is the ideal Formula E ambassador
UP NEXT
Matt Prior: Bring back the beach buggy

Formula E's sixth season gets underway in November, and the BMW driver is hoping he'll return to the grid
Open gallery
Close

Alexander Sims is far from your typical racing driver. “The catalyst for my interest in electric vehicles was racking up miles about 10 years ago and getting fed up putting petrol in my car,” he says. “I remember three fill-ups in one week, like Groundhog Day, 60 litres at a time. I thought this can’t be the end solution. It seemed unsustainable behaviour.”

Not many of his breed speak in this way. But Sims, 31, never did fit the stereotype, even as a rising single-seater star. The Formula 1 dream faded early, but for the past five years, he’s earned respect as a pro for BMW in GTs in Britain, mainland Europe and the US. Then last year, as BMW prepared to step into Formula E, he landed a surprise call-up. “I honestly felt that single-seater ship had sailed,” he says.

The series couldn’t have a better – or more genuine – ambassador. “I switched early to a hybrid,” he says of his early EV conversion. “It was marginally better, but I felt like I’d gone from 45mpg to 50… So what’s next? The Tesla Roadster was about all there was at the time, so I wangled my way to get one, largely through the ‘Bank of Dad’! I’ve been fascinated by them ever since as the solution to decarbonising personal transportation.”

For those who’ve followed his career, the seat in a team run by Michael Andretti was all that Sims deserved. And it seemed that faith would be rewarded when he and team-mate António Félix da Costa – another who should have F1 starts to his name – ran one-two in the season opener back in December. Then they collided. 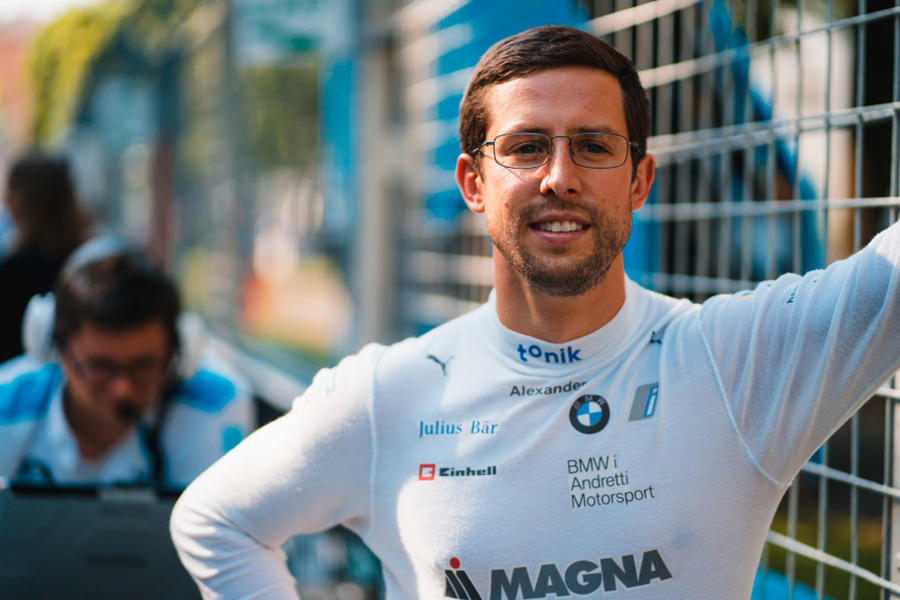 Calamity became a bit of a running theme for Sims in a series that is dogged by too much contact, largely because of the tight nature of its pop-up city street tracks. But in the final round in New York, he delivered on his promise, taking pole position and finishing second in the race. Now, to borrow from Alan Partridge, the question is: will he get a second season?

“Being fast came a bit more easily than I probably expected,” he says with characteristic modesty. “On the flip side, executing a race weekend well and getting results was harder.”

“At the moment, there’s not a deal in place,” he says on the big question. “Having been with BMW for five years, it would be great if I could continue. But until I have an offer, I have to look at other opportunities.”

Season six of Formula E starts in Saudi Arabia on 22 November. Fingers crossed Sims is on the grid.

Opinion: Why Formula E is succeeding in New York City​

Racing lines: Why you should give Formula E a chance​

I thought this was going to be funny.....

.....along the lines of Alexander Sims is the ideal ambassador for Formula E because he doesnt speak.....and therefore as silent as the cars in his Formula (and just about as interesting)