BACK TO ALL OPINION BLOGS
Currently reading: Racing lines: How Nicolas Hamilton is forging his own path
UP NEXT
Opinion: Why the Festival of the Unexceptional is an annual highlight

Reflected fame is never easy. But Nicolas Hamilton, the younger brother of the Formula 1 phenomenon that is Lewis Hamilton, has lived with it for most of his life; he just refuses to be defined by it. Instead, the 28-year-old is forging his own path as a racing driver who has overcome cerebral palsy, and now as a broadcaster, all on his own terms.

So is being ‘the brother of’ a help or a hindrance? “Definitely both,” Nic answers. “I’m proud to be a Hamilton, of what my brother has achieved and how he’s absolutely blowing F1 apart right now. As a family, we never planned for this; we just wanted to go racing and enjoy family time, which is what it was for us. It just snowballed.”

No second guesses on the downside. “The hindrance is when people make judgements, when you’re already in the spotlight and you haven’t even turned a wheel,” he says. “People say you’re only there because of Lewis, or brands won’t partner with you because they’re expecting you to go to your brother for a load of money. It can be very difficult. But I’ve learned to deal with it in the best way. It’s a double-edged sword.”

Hamilton is racing in the British Touring Car Championship this year and now has branched out into a nascent TV career that he also never planned for. Well known as an avid gamer, he was picked up at short notice as an expert commentator for a new esports series called V10 R-League that has attracted teams with backing from major car makers, including BMW, Ford and Porsche.

“The first season has just been and gone, and the feedback we’ve had is that a lot of sim racers like it,” he says. “I got approached late, with only a week to prepare. It’s something different, and we’ll see whether anything comes out of it. We’re getting good traction, with BT Sport picking it up in the UK and ESPN in the US.”

In the BTCC, it’s fitting that Hamilton is driving a Volkswagen CC for Team Hard for his second season in one of racing’s most competitive series. ‘Hard’ doesn’t do it justice, especially when he has already overcome so much. When he was 18 months old, Nic’s parents were told that his already-poor eyesight would only deteriorate as he grew older, and he was never expected to walk. Lewis isn’t the only remarkable Hamilton to stand proud. 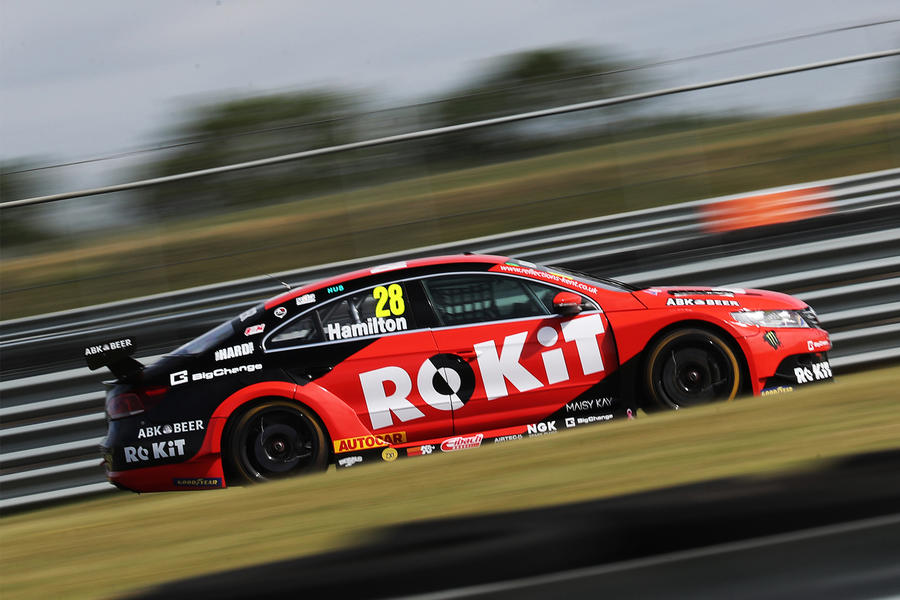 “We’ve had an up and down year so far with Team Hard, which is what I expected, driving their old car; it’s nine years old!” says Hamilton with a smile. “It was never going to be easy, but it’s a long-term plan. At Brands Hatch I scored my first BTCC points, then at Oulton Park it was a case of wrong place, wrong time when I crashed with my team-mate Ollie Brown. I came off worse in terms of car damage, but Ollie broke a rib, and that put us both out of contention for Knockhill the following weekend. But I was back out for Thruxton.”

Team Hard will step up next season with a pair of brand-new Cupra Leons, and Hamilton is hoping to stay on. “I’ve got to get closer to my team-mates,” he admits. “Jack [Goff] is half a second up the road, which isn’t bad, considering I’m only in my second year and 2013 was his first. But I have to up my game. My long-term goal is to get in the top 10, top five, then top three. I want to be on the podium at some point.”

Lewis’s ongoing campaign to keep racism at the top of the agenda has inevitably drawn both high praise and vitriol. Nic has his own well-reasoned views on equality.

“I’ve been very fortunate,” he says. “My parents did their best to shelter me from any racism, and my judgement is very neutral. I was the only black person in my schools, my mother is white and my friends are white. But at 28 you start to realise, especially when Lewis brings it to your attention, that something needs to be done to allow people the same opportunities. 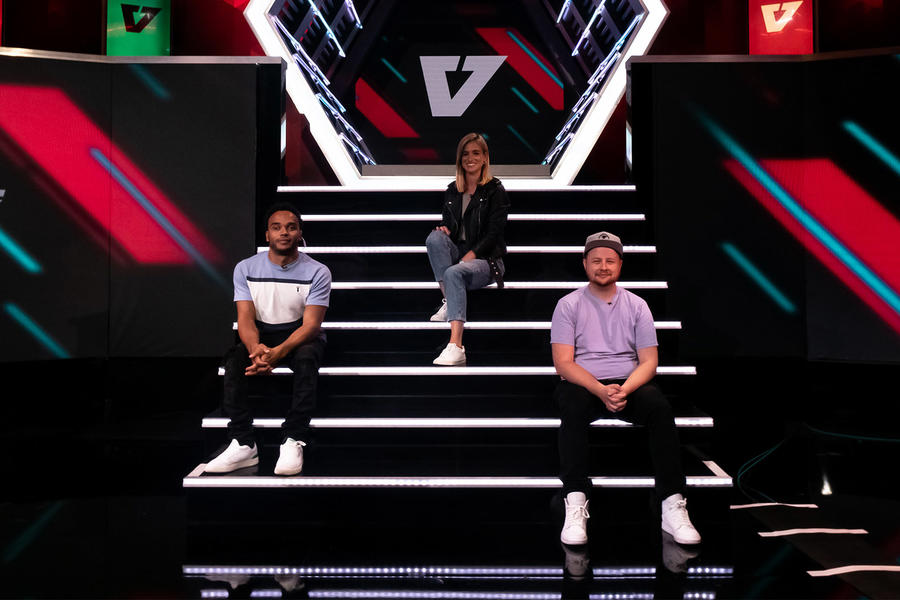 “When Lewis is out of motorsport, who next do you look up to as a black role model in a sport dominated by white people? You don’t see different colours and creeds in the paddock. As a person in the minority, you look at motorsport and feel intimidated by it, as if you don’t belong. Hopefully, with what Lewis is doing, we can get everybody to listen. If they don’t, who are they going to listen to?”

As Hamilton says, it’s not only the colour of his skin that makes him stand out. If anything, you sense his desire to make a difference for disabled people is what really drives him.

“If I weren’t who I am, a strong individual having overcome my condition and without the strength of the Hamilton brand, where would I be?” he asks with honesty. “Would I have the same opportunities? At the moment, it’s hard for any disabled person to even come and watch a touring car race. Even I still struggle to get my car into the paddock where I want it. The people who create the rules are all able-bodied. There’s a lot the industry can still do. I would love to help motorsport become more accessible – for everyone.”

Hamilton, like his brother, is articulate and passionate when he speaks about the things that matter to him. As a racing driver, he still has a long way to go – and he knows that. But having come this far against such physical odds, he should never be underestimated.

I follow BTCC and as far as I can remember he has never troubled the points totals.Mostly he finishes at or near the back or crashes. He would not have got a drive if he was not lewis Hamilton's brother. As a driver he is a liability

Maybe his name does open

Maybe his name does open doors that wouldn't have opened before, so what, that happens in every walk of life, I am sure he will get better and prove his critics wrong and be successful in forging his own career.

As for his brother and his anti racism stance. Good on him for using his platform, not sure I agree with the BLM side of things as that, I believe is a political movement, stick with the non adgenda'd end racism stance. Another thing Lewis could also promote is more grass routes entrance into F1, the vast majority of drivers seem to come from wealthy backgrounds, he achieved his dream drive coming from a working class background, his dad having to work several jobs to afford his karting.

He has been cluttering uptracks for several season with zero sucess. How long do yougive him to improve? I have seen no sign of it

I agree, he has over come

I agree, he has over come much to become the worst driver on the BTCC calendar, always starts last, or there abouts, and always finishes last or not at all, has caused many incidents, has many crashes, costs Team Hard a fortune in damage repair, and only got the points he had because of the others that did not finish.There are many other drivers that could do far better, he is another Kubica, over coame disability to return and become a dreadful driver, he should never have been allowed to return to F1, and i believe as do many actual real BTCC fans, that drivers that can not compete properly should not be allowed to drive.Let the flaming begin.... but it is MY opinion which i am entitled too.

just like My opinion of you is that you're a brain dead cunt with no talent sitting behind a computer screen. Find yourself some I.Q.
View all comments (6)