BACK TO ALL NEWS
Currently reading: F1 2020: everything you need to know as the season restarts
UP NEXT
Spending 48 hours touring in a Ferrari Roma

The long-delayed 2020 Formula 1 season is shaping up to be a year like no other, with a host of questions – but expect Lewis Hamilton to continue to set the pace
Open gallery
Close

Right then, take two. A whole 114 days after the Australian Grand Prix was cancelled just hours before practice was set to start, due to several team members testing positive for Covid-19, the 2020 F1 season will finally begin in Austria this weekend.

The season in which the Formula 1 World Championship celebrates its 70th anniversary is shaping up to be one of the most unusual in history. Such is sport – well, life, really – in the clichéd new normal.

There are always a host of unknowns going into a season, but they usually surround how various teams and drivers will perform. On this occasion, it wasn’t exactly clear as the teams arrived at the Red Bull Ring for this weekend’s Austrian Grand Prix which circuits they will be racing on and when, or exactly how many races there will be.

Meanwhile, the financial impact of the crisis will be reflected in the introduction of a new cost cap and restrictions on technical developments, with the ripple effects reshaping both the medium and long-term future of the sport.

While the off-track issues have been to the fore, there is still plenty of intrigue in what could happen on the circuit, headlined by British star Lewis Hamilton’s quest for a record-equalling seventh championship.

Here are the key issues to consider ahead of the 2020 season.

At the time of writing, F1 bosses have confirmed an eight-race schedule using six European circuits. It comprises double-headers in Austria in July and at Silverstone in August, plus races in Spain, Hungary, Belgium and Italy. Fans will not initially be permitted at events, although F1 bosses are hoping they might be allowed to return later this season.

The back-to-back races in Austria and Silverstone will each be held one week apart. The second Austrian event will be labelled the Styrian Grand Prix (after the region of Austria the Red Bull Ring is in), while the second race at Silverstone will be the Formula 1 70th Anniversary Grand Prix - a nod to the Northamptonshire track hosting the first championship race back in 1950. 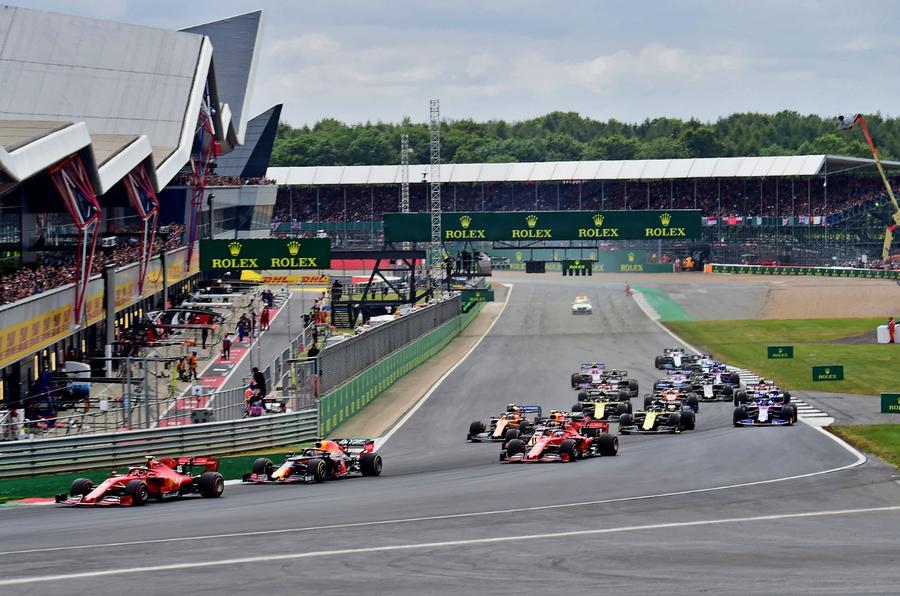 While those events are set – and effectively constitute the minimum needed for the 2020 season to be classed as a valid championship - plans for what happens after Italy on 6 September are far more fluid, with organisers aiming to release a full schedule shortly.

F1 bosses have insisted they are working towards a 15- to 18-race calendar, but reaching that target depends on the impact of Covid-19 in various countries and regions, and contractual and logistical considerations for the various circuits.

Several events have already been cancelled: Azerbaijan, Singapore and Japan have all dropped off the calendar for various logistical reasons. The Monaco GP, which had been due to run earlier this year, won’t be rescheduled, marking the first time since 1954 that it won’t be a part of the championship. Races in Brazil and Texas in the US are in question, given the coronavirus situation in those countries.

With those events dropping out, extra European races are under consideration, with Mugello and Imola in Italy, Hockenheim in Germany and Portimao in Portugal all being considered. Meanwhile, China, Bahrain and Russia could each hold double-header races.

The ultimate goal is to finish in Abu Dhabi in December after 15-18 races. But even once a calendar is announced, the uncertainty – and the possibility of events being cancelled if there are regional Covid-19 flare-ups – will likely have an effect on the title battle. The drivers will feel pressure to rack up as many points as possible early on and might not be able to think quite so long term.

The uncertainty over the season seemed to offer an opportunity to experiment with new rules and formats. But while there may be some tweaks, don’t expect any major innovations when the racing gets under way: Mercedes has already vetoed a proposal to use reverse grids for the second events in the double-header races.

Championships such as IndyCar, NASCAR and Australian Supercars have tried concepts such as shorter races, limited tyres, no practice and partially reversed grids. But F1 will stick with a largely familiar format - for now, at least. It is possible some experimentation could be introduced later this year, and more change is coming in the future.

While the events will essentially run as before, things will be radically different for those who work in F1. Team personnel will be restricted and the paddock split into zones to keep team staff separate. There will be regular testing for the coronavirus and team members could be required to wear masks as part of extensive safety plans. 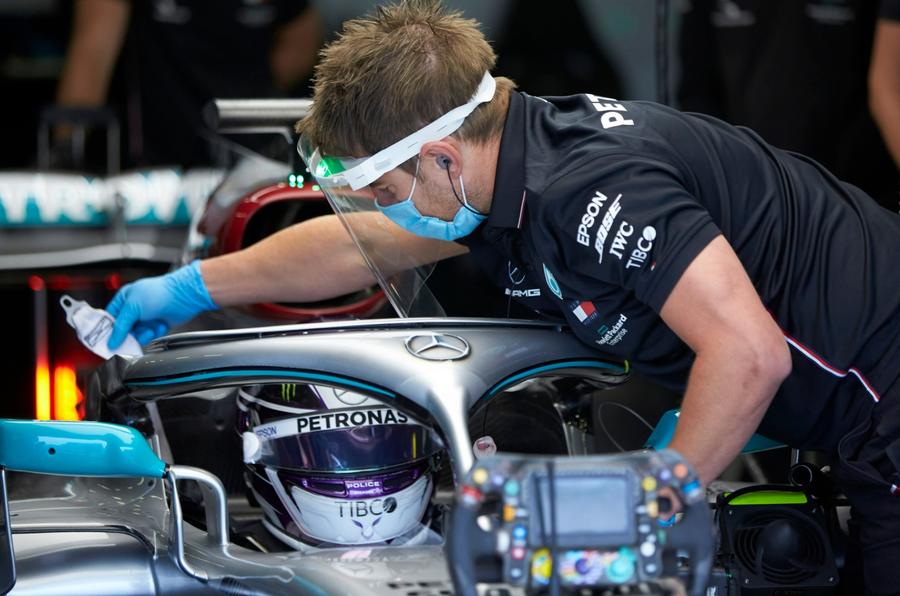 The audience: no spectators, new tweaks for TV viewers

Initially, at least, spectators won’t be allowed into circuits. While empty grandstands won’t look quite as strange as they do in football stadiums, it will remove a huge part of the atmosphere – and be particularly noticeable before and after the races.

Nascar resumed its season at empty venues in May, with veteran driver Clint Bowyer noting that “you get that empty feeling. Even out there [on track], you get that vibe.” Former champion Kevin Harvick has also vowed not to take part in any post-race celebrations after wins until fans are allowed back in the track in large numbers.

Without fans, expect a reduced pre-race ceremony and a vastly different post-race effect. With social-distancing rules, F1 bosses say the trophy presentation and champagne spraying will be replaced by drivers collecting trophies placed next to their cars.

The races will look quite different, too. F1 will introduce a host of new real-time data graphics including ‘car performance scores’ and cornering comparisons. Meanwhile, the lack of fans at the start of the season could create new camera opportunities: for example, Nascar has used drones flying low over empty grandstands to create new camera angles.

The racing: Hamilton’s shot at seven

So what can we expect to see when the racing actually starts? Well, things could well start out quite messily. The first race of any season often features a number of incidents with drivers out of practice after the off-season. This year, the drivers have had an extra break of nearly four months, and minimal test outings to readjust to the challenge of driving a 200mph-plus F1 car. Turn one, lap one of Sunday’s Austrian Grand Prix could be ‘interesting’… 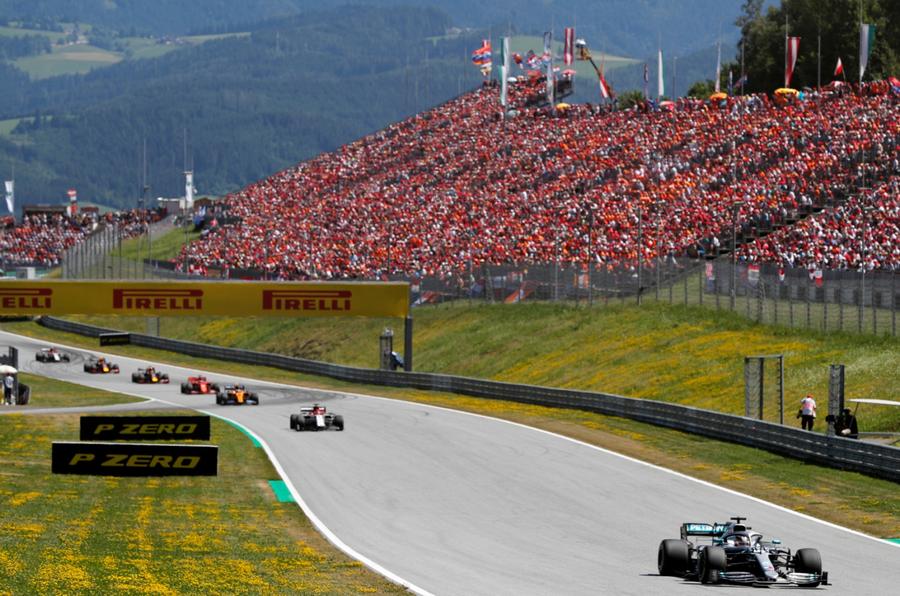 When the rust wears off, the title favourites will be Hamilton and the Mercedes-AMG team, who will sport a new look this year as part of a pledge to improve diversity (below). The German firm has dominated the sport since 2014, and the British star has the extra motivation of the chance to match Michael Schumacher’s record of seven titles. 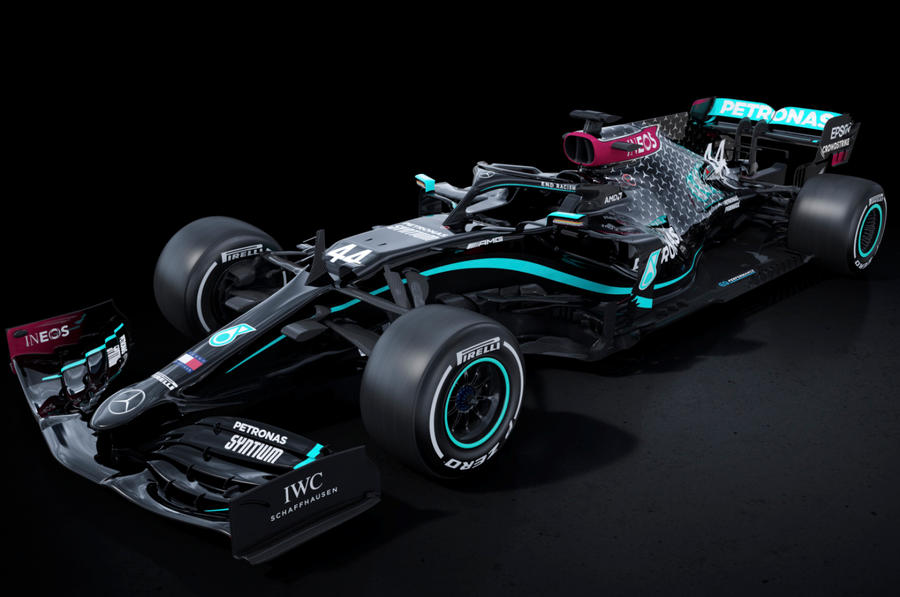 Hamilton’s main rival could be Charles Leclerc, who outshone champion team-mate Sebastian Vettel in his first season racing for Ferrari last year. The Italian team has pinned its future on Leclerc and, with Vettel departing at the end of the year, is likely to put its full emphasis on the Monaco driver’s title push. 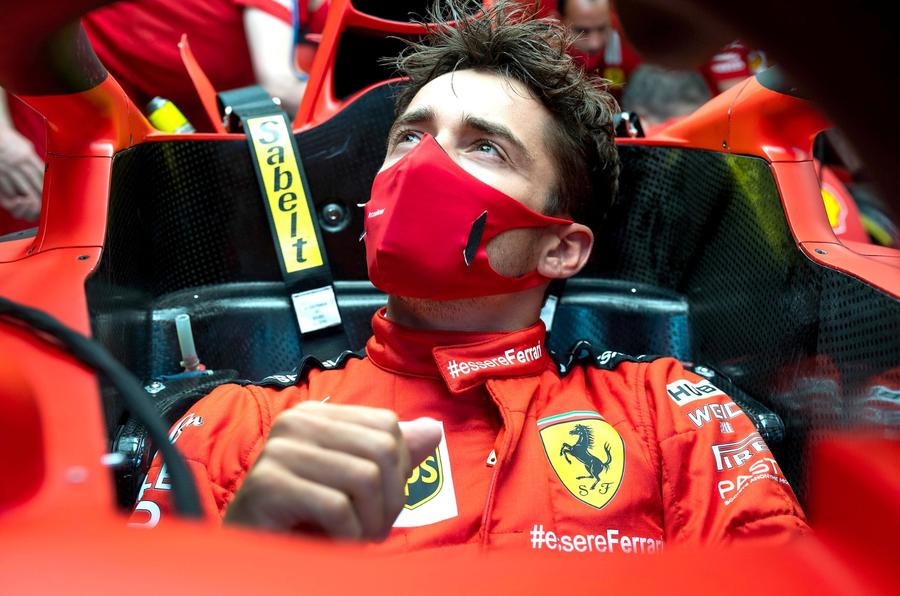 Red Bull’s Max Verstappen will also be one to watch, especially with the Honda engine continuing to make strong progress. The squad had the fastest car at the Red Bull Ring last year, so Verstappen could pile pressure on his rivals with two strong results in the coming weeks.

McLaren will also want to show it can continue the momentum it had last year, with Lando Norris and Ferrari-bound Carlos Sainz set to continue pushing each other. Renault had a tough season in 2019, and for the firm’s long-term future in the sport, it needs to show strong form.

The future: cost cuts key for the future

The fallout of the pandemic will be felt in F1 beyond this season. Its huge financial impact has prompted the teams to finally accept a new cost cap, which starts at $145 million in 2021 and gets progressively tighter in subsequent years.

Meanwhile much-mooted new car regulations, designed to increase the spectacle by boosting overtaking, have been delayed until 2022 for cost reasons, with development for next year largely frozen. The hope is that the combination of new rules and tighter spending limits will close the field up and stop the top teams from dominating.

Great to have it back

It was great to see the cars back out on the track today and the greatest ever sport back again. The Mercs looked stunning, and Renault done ok. Racing point looking good. Red Bull not so good and they are moaning already. As for that other over rated sport that I am not even going to mention but someone above did. I do not care for it in the slightest.
jason_recliner 5 July 2020

Will it still be deadly dull?

Answers on a postcard please.....

no, and I saved the price of a stamp and postcard

Suck it and see.

So, F1 is back, and nobody really cares, well, not on Autocars web page anyway, why is this?, what is so boring about this form of car racing?, is Soccer not any more boring week in week out, Tv schedule re- arranged to squeeze in extra matches at odd times of the evening, doesn't that seem boring?, here we have F1 with a British interest, someone with a chance to equal what was thought to be impossible, seven titles, he'll be the best Brit driver in F1 racing history, I just find it strange that F1 gets so little coverage, interest on this site.

So, F1 is back, and nobody really cares, well, not on Autocars web page anyway, why is this?, what is so boring about this form of car racing?, is Soccer not any more boring week in week out, Tv schedule re- arranged to squeeze in extra matches at odd times of the evening, doesn't that seem boring?, here we have F1 with a British interest, someone with a chance to equal what was thought to be impossible, seven titles, he'll be the best Brit driver in F1 racing history, I just find it strange that F1 gets so little coverage, interest on this site.

If you think the excitement and appeal of sport is a function of the TV schedule...