BACK TO ALL OPINION BLOGS
Currently reading: Racing Lines: The Brit who aims to conquer Pikes Peak
UP NEXT
Matt Prior: Where have all the practical fast cars gone?

Racing Lines: The Brit who aims to conquer Pikes Peak

A track measuring 12.42 miles, featuring 156 turns, rising 4720ft to a heady altitude of 14,110ft… Like the Nürburgring Nordschleife and the Isle of Man TT course, the Pikes Peak Hillclimb in the mountains of Colorado remains a welcome exception to the rule that modern motorsport is sanitised.

This weekend, the 97th ‘Race to the Clouds’ will herald the usual varied roster of all-comers, including among them one who aims to become the first Brit to conquer Pikes Peak since its first running way back in 1916.

Norfolk-born circuit racer Robin Shute is the son of long-time Lotus employee Tony Shute. A US resident since 2011, he first headed to Pikes Peak with Faraday in 2017, but when the electric start-up chose not to return Shute made his own way to Colorado. This year he’s brimming with confidence that a landmark overall victory could be his for the taking. 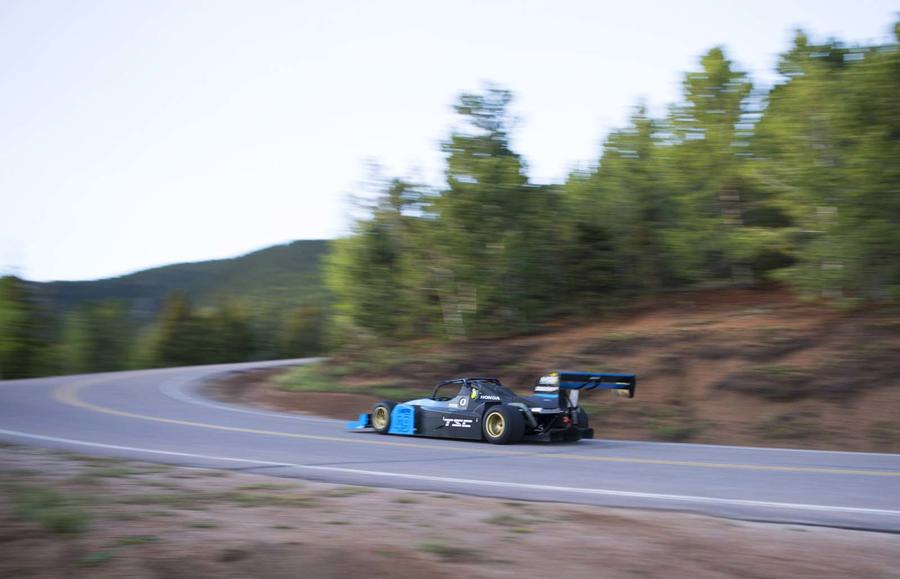 “Last year when Faraday pulled out the group of people who had been working on it still wanted to go, so we purchased a car from Canada and went about modifying it for the hill,” explains Shute. “We have a couple of key partners and sponsors, but the premise is it’s a group of friends working on a car out of a home garage. It’s not a professional team, but we are all professionals in automotive industries.”

There’s no all-electric Volkswagen ID R this year to blitz the course record, which stands at a staggering 7min 57.1sec thanks to Romain Dumas’s 2018 effort. But Shute reckons his modded prototype has records of its own to grasp below the 8min 30sec mark, along with a historic overall victory.

He runs a Wolf GB08, powered by an HPD Honda Racing four-cylinder 2.0-litre engine fitted with a Borg Warner turbo, all good for 600bhp (at least on the start line). Capable of a gear-limited 162mph on sticky Pirelli rubber and weighing in at just 518kgs, this is some weapon for a narrow, often slippery mountain road, defined by sheer drops that leave no room for error.

“The car now is not far off the power-to-weight ratio of an early 1990s Formula 1 car,” states Shute without emotion. “Pikes Peak is unique – the only thing that comes close is the Isle of Man. You are very much at the will of the mountain. Every time you go up there’s something different, and you can’t drive it flat out, for self-preservation reasons. And from a regulations standpoint, the rules are incredibly open. My ambition has always been to make as fast a car as possible, and that’s not typically allowed in motorsport. But it is at Pikes Peak.”

Beyond the obvious danger, the technical challenge is to optimise power over a significant climb in altitude. For conventional combustion engines turbos are best, but big ones will run out of puff as the air thins. There’s science to finding the right compromise. “We’re about 600bhp at the start and we probably drop to about 500 by the finish,” says Shute. 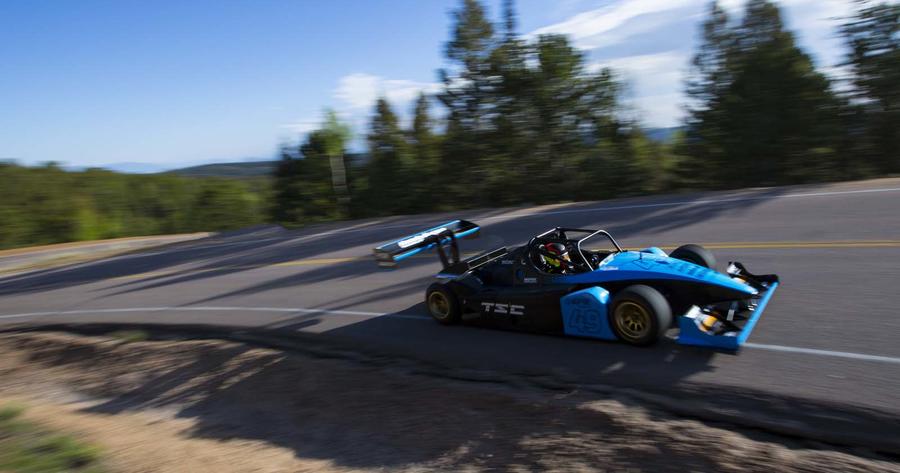 Two weekends of testing on a course that has been all-asphalt since 2011 precedes race week, but the only time competitors complete the whole 12.1-mile course in one go is on race day itself. “It needs all your attention,” says Shute with wry British understatement.

Bobby Unser, Mario Andretti, Michele Mouton, Ari Vatanen, Sebastien Loeb, Romain Dumas… As lists of winners go, it’s not half bad. Robin Shute will need his head in the clouds on Sunday if he is to join it.

A passenger lap around Millbrook with Sebastien Loeb​