BACK TO ALL NEWS
Currently reading: Interview: Romain Dumas on Pikes Peak and Goodwood
UP NEXT
Testing the UK's newest circuit in a Porsche Cayenne Turbo GT

Fresh from his Pikes Peak victory, the Frenchman shattered the electric hill record at the Festival of Speed in the Volkswagen ID R Pikes Peak
Open gallery
Close

The Volkswagen ID R Pikes Peak was designed to showcase the capabilities of electric technology and prove that it could match combustion-engined machines — and the anticipation that greeted its appearance at the Goodwood Festival of Speed suggests it has done just that.

After Romain Dumas blitzed the outright record on the 12.42-mile Pikes Peak International Hill Climb with the 671bhp electric challenger, there was speculation that he could eclipse Nick Heidfeld’s 19-year-old Goodwood hill record of 41.6sec.

That outright record was set in Mika Häkkinen’s 1998 Formula 1 championship-winning McLaren-Mercedes MP4/13, and the fact that many seriously considered an EV could beat its time highlights how the ID R and other machines are changing perceptions of electric tech. 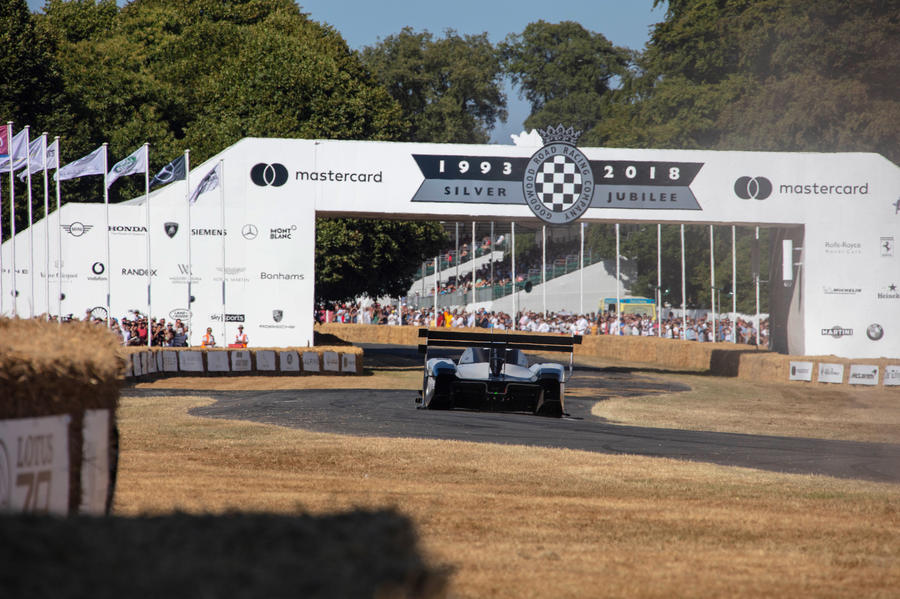 In truth, the ID R Pikes Peak — at least in current form — was never likely to beat Heidfeld’s time. The machine’s relatively small engines were designed to offer workable power throughout a 12.42-mile course, rather than dumping all that energy on a 1.16-mile run, while the massive rear wings — vital to producing downforce at altitude — are likely to be an impediment on the quick Goodwood hill.

Autocar caught up with Dumas at Goodwood to find out his view of the event. What did you make of the festival?

“The event is very nice. There are a lot of nice cars, for sure. It was my first time driving competitively up the hill, because last year I only drove up it once with the Porsche GT3 road car, so it’s essentially completely new. The course is not so easy, but it was good fun.”

How hard did you push?

“I didn’t push really hard early on, but we did push more in the later runs. For sure, there was time to come from both myself and the car.”

Did you make any changes to the ID R for Goodwood?

“We raised the car up because it was bottoming out a lot in our first run. We moved a lot of things compared to Pikes Peak. We had to go softer with the suspension springs for the set-up, but the problem is that, with so few runs, we just had no time to try — and here, as soon as you start, you’ve finished.”

What was the aim coming here performance wise?

“What we wanted was the electric record and we were fast enough to do that on Saturday, but we had to keep an eye on what the Nio could do."

At Pikes Peak, you kept saying the electric record was the goal, but you broke the outright one. Did you think you could do the same here?

“For sure [it could be possible], but here we haven’t have enough practice." 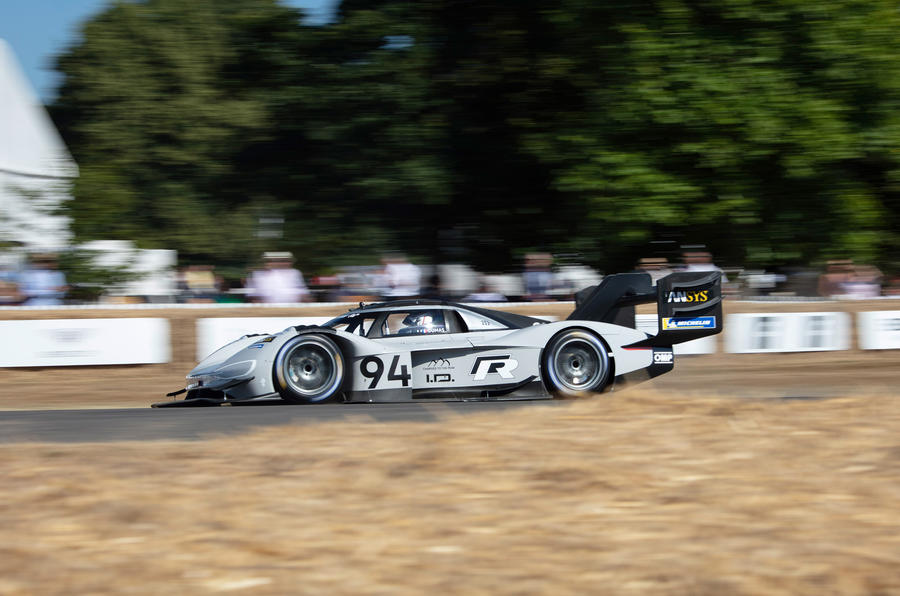 What do you make of your achievements on Pikes Peak, now you’ve had time to reflect?

“It was a great achievement, because technology wise the car was so complicated and new that it took a big effort for the team. And it was a big achievement personally, after so many years trying to break the record and coming so close last year with my own team. Now that is done, we will see what will be next.”

Is the car capable of going faster?

“The car was terrific, and with the battery concept we are improving it step by step and in the future it could be quicker and quicker. For next year, we’ll have to see. I also drive for Porsche and it will have to fit in my calendar. But I like it like that; when you are like me, you like to drive any car you can."

At Goodwood, you drove both the ID R Pikes Peak and the Porsche 911 GT3 RSR Le Mans car. Was it hard swapping between them?