A newcomer to the hypercar field in an all-new race category has it all to prove, as the man in charge explained to us
Share
Open gallery
Close
Share story

David vs Goliath. It’s an old cliché, but for cash-poor, ambitious car execs who want to go racing, it remains a motivating factor of (literally) biblical proportions.

Take Andy Palmer, Aston Martin’s Valkyrie and the new Le Mans hypercar rules. This time next year, a racing version of the naturally aspirated nominal road car will take its bow in the World Endurance Championship against a pure-bred prototype hybrid hypercar from Toyota – the GR Super Sport. David vs Goliath. And the gold at the end of this rainbow? The race that really matters: the Le Mans 24 Hours, in 2021.

Palmer, the man at the head of a company that has just posted a near-£80 million half-year loss, really needs the Le Mans rule makers to get their sums right.

“We’re going head to head with Toyota. It’s going to be David vs Goliath,” he says. “They can outspend and out-research us, but these rules will live and die by little old David being competitive. If we are, it will attract other manufacturers.”

So just the “minimum” of two major car makers for this bright new era? “I’m optimistic that others will come the following season,” says Palmer. “They will be watching to make sure things work out in a fair and disciplined manner. Those first few races will be key.”

A partner race team, believed to be Multimatic – the outfit behind Ford’s successful GT Le Mans programme – is on board, and two more Valkyries for a second outfit could take on a pair of factory Toyotas. Then there are privateers such as Glickenhaus hard at work. 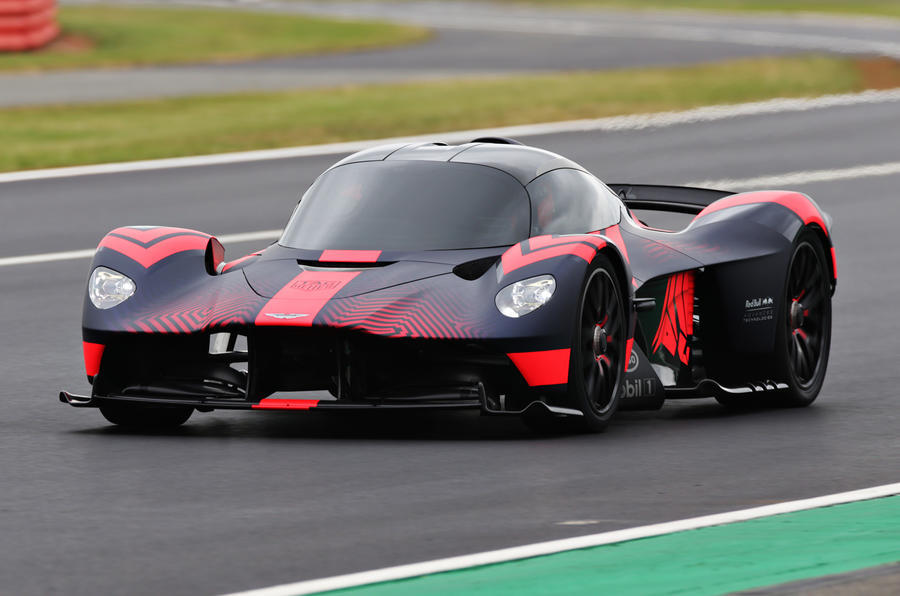 Six to 10 cars, at best? It’s a start, albeit a slow one. Meanwhile, Aston will continue to expand its racing activities elsewhere. A new one-make Vantage series will launch in Europe next year, while Blancpain GT and DTM tin-top campaigns will live on, all courtesy of Swiss partner R-Motorsport.

The DTM move this year puzzled some – Aston doesn’t make touring cars – but filling the shoes of departing Mercedes-Benz was too good for Palmer to miss. “Germany is our second biggest market,” he says. “We’re not winning, but that’s not unexpected.

"The instruction was simply don’t embarrass us and they haven’t. They’ve scored points, which is somewhat better than I expected. It’s been a credible first season.” And next year? “Score points, maybe the occasional podium. The following year, I’d hope we’d be in contention.”

Palmer is famous for his optimism. Then again, maybe we’re the Philistines if we doubt him.

What's in it for "Goliath" if the Balance of Performance Rules see their Prototype Hybrid Hypercar being beaten by "David's" naturally aspirated road car?