BACK TO ALL OPINION BLOGS
Currently reading: Opinion: The thrill of tackling England's first closed-road rally
UP NEXT
Racing Lines: Is Extreme E's success built on shifting sands?

For one weekend, Clacton-on-Sea was the centre of the English motorsport world – and we were there (in a Vauxhall Corsa)
Share
Open gallery
Close
Share story

It’s not often that you’re slapping on the sunscreen for an English stage rally in April. And while it may be cheesy to suggest celestial powers were smiling down on the recent Corbeau Seats Rally, it was hard to believe the sun was a mere coincidence.

That’s because the Corbeau Seats Rally on Sunday 19 April wasn’t just another stage rally; it was the first closed-road rally in England — a landmark moment for motorsport on these shores.

The event wasn’t the first closed-road rally in the UK; Scotland has enjoyed the privilege for years. But bringing such events to England is the result of more than eight years of work by the Motor Sports Association (MSA), the UK’s governing body. Similar legislation has now been passed in Wales.

Entries for the groundbreaking event came in quickly and I was thrilled to be one of the lucky competitors, co-driving for James Newbould in the 1.8-litre Vauxhall Corsa that took us to the finish of Wales Rally GB and the Mull Rally. Now we were faced with 15 stages, snaking through the lanes of my home county.

Opinion: why club motorsport will benefit from closed-road rule change

As a long-time member of the organising club, and having competed on its stage rallies in the past, it was easy to be blasé about it. But arriving at Clacton seafront the day before the event, its enormity hit home, with ‘closed road’ signs everywhere and barriers in place to hold back the thronging crowds — and this was just scrutineering. 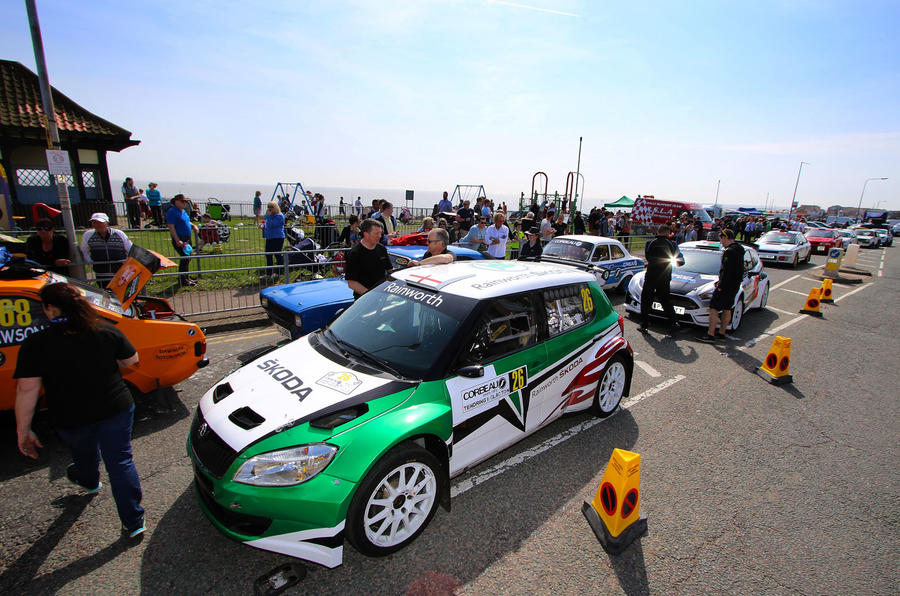 Come Sunday morning, with the sun still beating down, the crowds were several people deep at the start – and they were still there when, at the tail end of the 107-car-strong field, our little Corsa got under way.

Along the route, on both stages and non-competitive link sections, thousands of people came out to cheer the crews. The buzz was incredible; a real feel-good, positive atmosphere enveloping the rally.

And what of the stages themselves? There were five, each run three times. And despite none of them being longer than four miles, there was plenty to keep driver and co-driver occupied.

I’ll admit to being rusty on stage one, fluffing the pacenotes a few times. But there was no time to dwell on mistakes, with just a 1.45-mile road section until we were back into it. 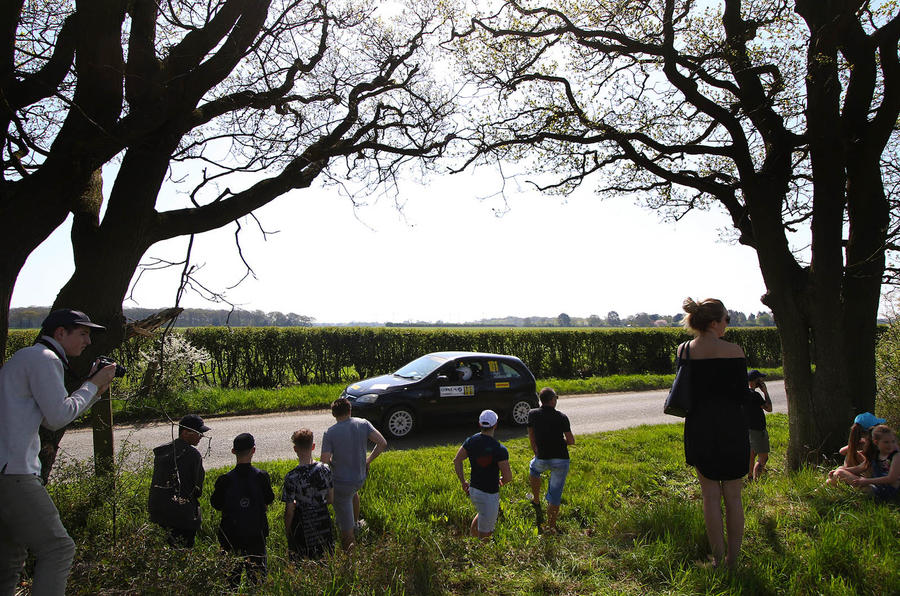 The short stages were fast and flowing, with tight chicanes to keep us on our toes and test our brakes. We’ve both done the closed-road Mull Rally, but the slender slivers of Tarmac wrapped round the Hebridean island are a world away from the Essex roads we use on a daily basis.

Conquering the challenge of the Mull Rally - in a Vauxhall Corsa

Attacking roads that feel so familiar at speed, and using as much of the road as we wanted with no fear of oncoming traffic, took some time to get used to. James quickly adjusted, though, and our times tumbled as we grew in confidence.

But the heat was a challenge; for both of us in fireproof overalls, and for the Corsa, with hot gearbox oil making gearchanges harder with every passing stage. 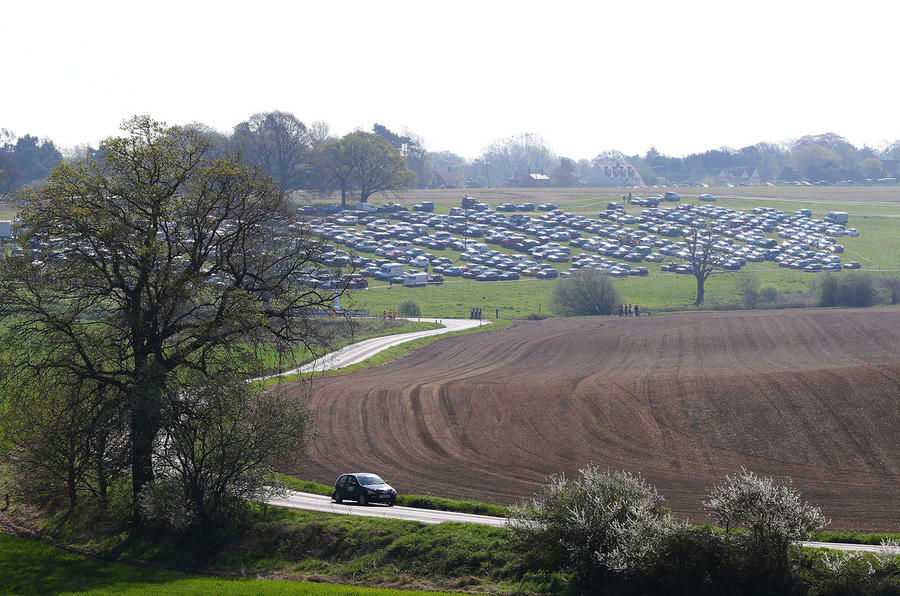 After the final service, James’s pace stepped up a gear and we maintained that to the end. Our 45th place finish was more than we dreamed of and a fine way to cap a brilliant day. It was a brilliant event, too, won by Melvyn Evans and Sean Hayde in a Subaru Impreza WRC.

Watching proceedings was MSA chairman David Richards. He told Autocar: “The event did precisely what the new legislation was intended for, which was to take the sport to new audiences and engage with people who might otherwise have limited exposure to the sport. It was wonderful to see thousands of people enjoying the day, especially so many families and youngsters getting their first taste of motorsport.

“I spent the morning speaking to the organisers and competing crews, all of whom were extremely positive about the experience. I also spent some time in one of the spectator areas where many families had gathered and was struck by how much everyone were enjoying themselves, helped perhaps by the fortuitous weather! It showed that the sport still has the capacity to excite and enthuse the public, which bodes well for the future.” 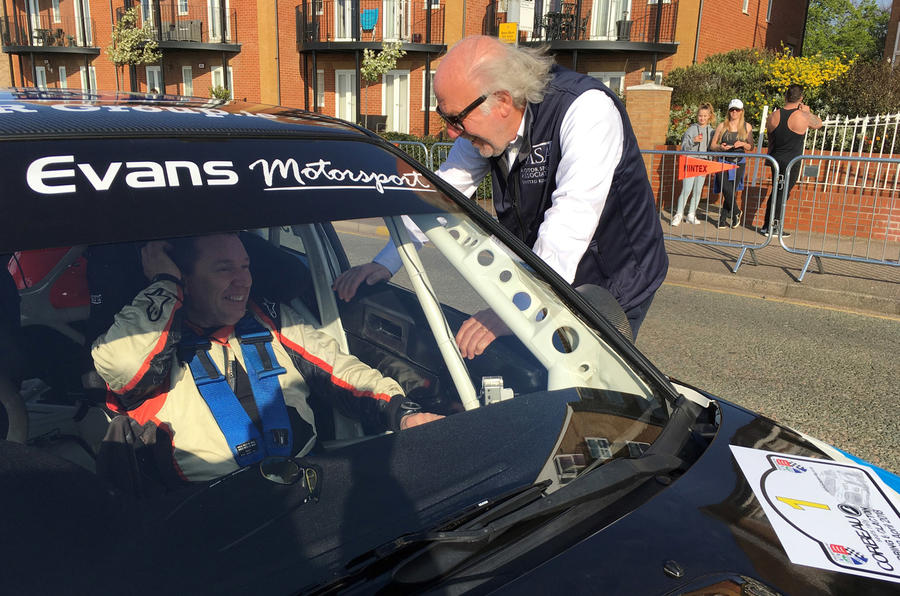 The Corbeau Seats Rally was an overwhelming success and huge kudos must go to Chelmsford Motor Club and the amazing marshals who made it possible. We mustn’t underestimate what was achieved in such a short time and how many people made this a reality.

Car 101 had one very proud Essex girl in the silly seat.

Closed-road motorsport for mainland Britain gets the green light

Opinion: why club motorsport will benefit from closed-road rule change

Conquering the challenge of the Mull Rally - in a Vauxhall Corsa