BACK TO ALL OPINION BLOGS
Currently reading: Hyundai's Craig Breen shines as the WRC returns
UP NEXT
Opinion: Is there ever a right time to sell a treasured car?

Rally di Roma sees the Irishman get behind the wheel of the i20 Coupé, not for the last time
Share
Open gallery
Close
Share story

There’s something surreal about seeing rally cars in the shadow of the Colosseum at the best of times, but after nearly four months of no rally action at all, it was an even more arresting sight than watching Christians being thrown to the lions.

The recent Rally di Roma – which counted towards both the Italian and European championships and was won by Alexey Lukyanuk in a Citroën C3 – was the first significant event since Rally Mexico in March. As a result, there was a wide mix of entrants, from European championship regulars to those who were just eager to get out there again.

One of them was Craig Breen, whose career has contained so many highs and lows that it could be made into a film. Now 30, the Irishman is embarking on another adventure with Hyundai, having impressed on two World Rally Championship events with the squad last year, plus Rally Sweden this year, before the rally calendar came to a grinding halt. 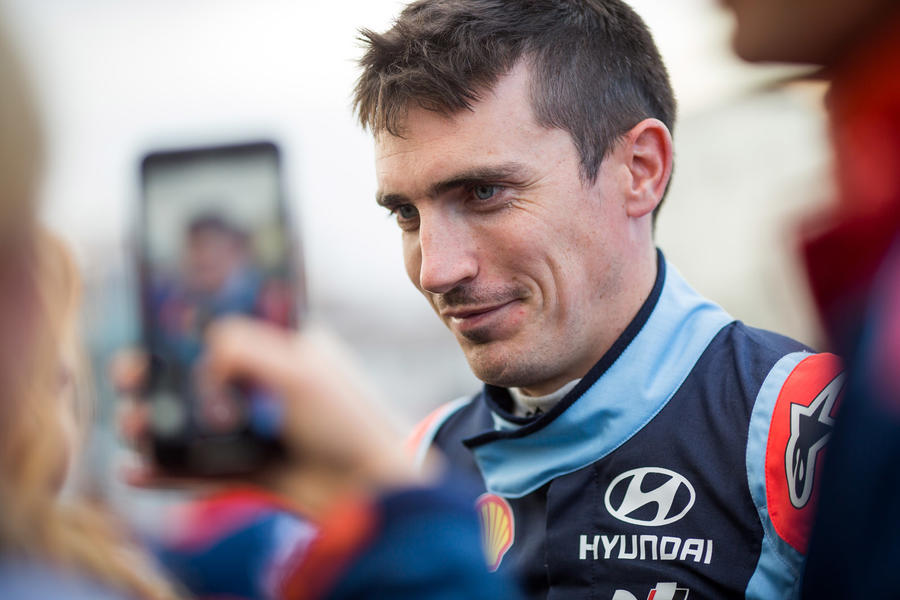 His next WRC outing in the Hyundai i20 Coupé will be on Rally Estonia from 4-6 September, teaming up with Ott Tänak and Thierry Neuville, to mark the season’s restart. And his goal is to be back full time in future.

But that’s not his only focus, because he’s also embarking on a European championship programme this year in the R5 version of the i20, backed by Indian tyre maker MRF, which is developing a new range of rallying rubber.

“Considering how young the programme is, I’m happy enough with fourth place in Rome,” said Breen. “The main thing is that rallying is back, and the organisers did an incredible job to make it happen, so all credit to Rally di Roma. I’m actually really busy now for the rest of this year, which is exactly what I need. Estonia is another great opportunity for me; I’ve done the event four times already, so I know it reasonably well.”

In the meantime, Breen will be taking part in the Rally di Alba, a small event in Italy, on 2 August and then the all-gravel Rally Liepaja in Latvia. With Kris Meeke calling time on his WRC career, Breen is still the strongest hope for all rally fans from Britain and Ireland.

Is the WRC suffering stage fright?​