BACK TO ALL OPINION BLOGS
Currently reading: On this day in 1992: Nigel Mansell wins his first Formula 1 title
UP NEXT
Opinion: Mercedes EVs will get you home on the range

On this day in 1992: Nigel Mansell wins his first Formula 1 title

Exactly a quarter of a century ago, the owner of Formula 1’s largest moustache won his first and only F1 world championship title.

Nigel Mansell, then 39 and racing in his 12th F1 season, was so dominant during 1992 that he secured top spot in the standings at the Hungarian Grand Prix with five rounds to go. He did, of course, have use of the Williams-Renault FW14B - one of the most advanced racing cars produced that used controversial active suspension which was subsequently banned two seasons later. But 1992 was the year Mansell's grit and determination was finally repaid with a dominant car.

Not that you would have known it if you only watched the race in Hungary, because Mansell finished more than 40 seconds down on the winner, Ayrton Senna of McLaren-Honda. Second place was all he needed, though, to keep Williams teammate Riccardo Patrese out of reach of the championship and secure his name in the illustrious club of F1's best. 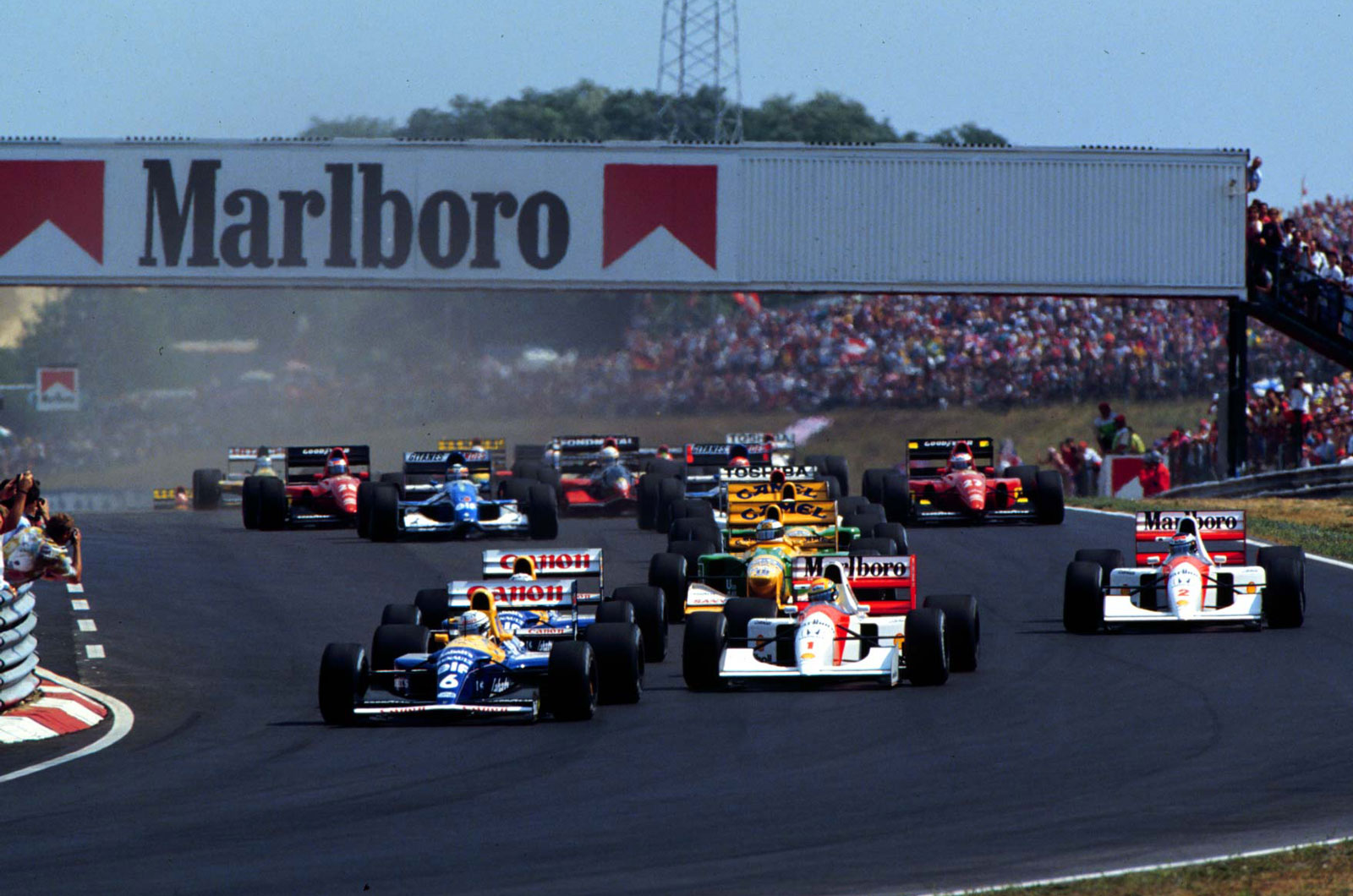 Mansell eventually finished 1992 with 108 points, 52 more than what Patrese secured and 55 more than the season’s third-highest-ranking driver, Michael Schumacher of Benetton-Ford. The plucky Worcestershire-born Brit won nine of the year's races.

So the Hungarian Grand Prix remains one of few that year in which Mansell had little answer for his rivals. He got off to a slow start, falling from his second place grid slot into fourth, and was forced to battle his way back towards the front to keep alive his hopes of securing the title before dinner. 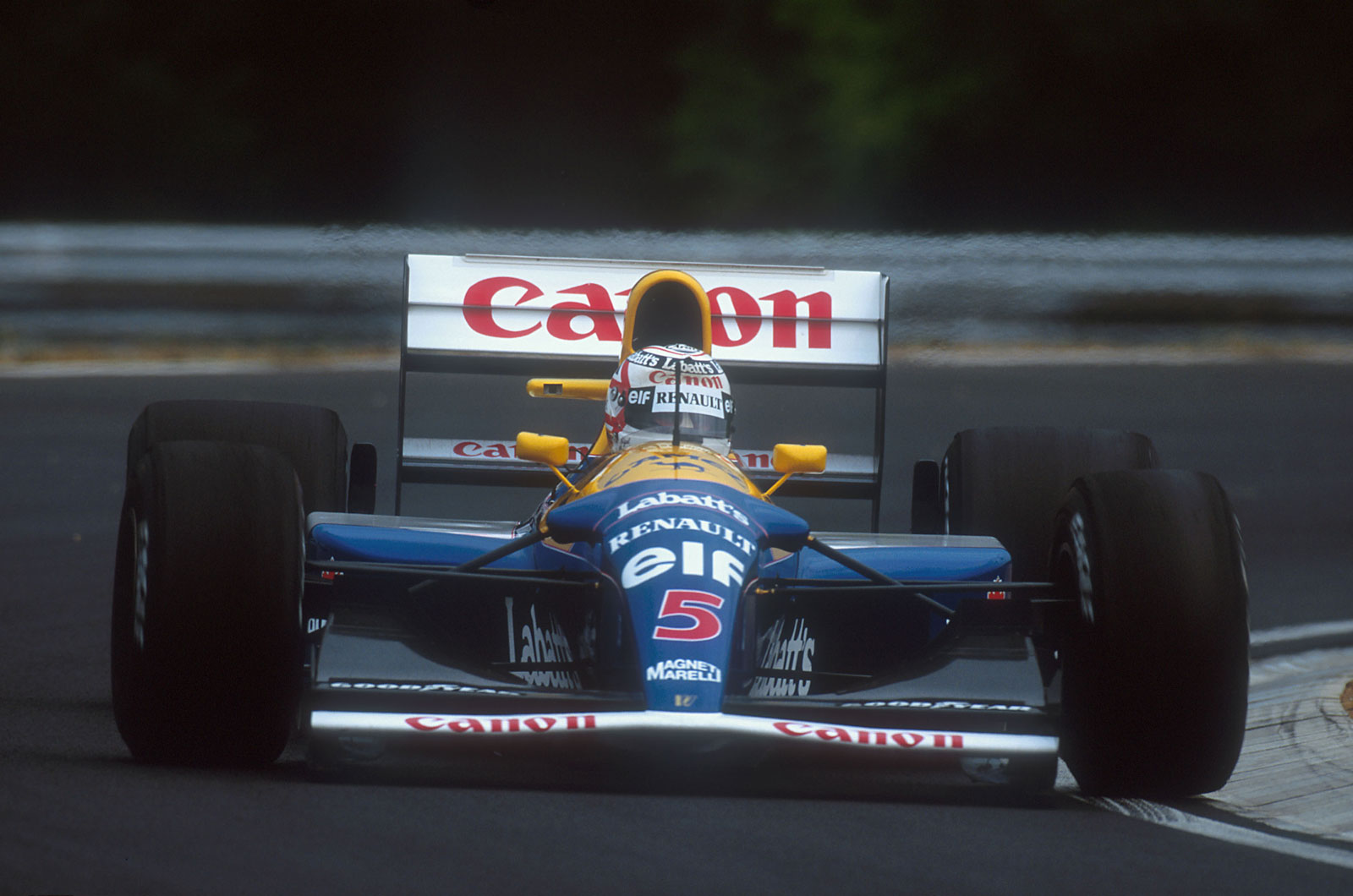 The then second-placed Senna proved the toughest on-track rival, with the Brazilian using the grunt of his V12 Honda engine – arguably one of the sport’s most glorious-sounding units – to fend off Mansell’s best efforts. This set a challenging trend for the rest of the race, which culminated in a puncture that required Mansell to stop for new boots. His hopes of a podium Champagne bath looked slim.

Mansell’s drive to claim the title in Hungary was therefore not without its difficulties and featured plenty of wheel-to-wheel action. We didn't know it at the time, but it was to be his only title and last season in F1 until 1994, because off track politics within the Williams team would send Mansell Stateside for 1993, where he wins the CART IndyCar World Series in his maiden season, becoming an instantly recognisable legend both sides of the pond in the process.

Today, 25 years on from his defining F1 championship winning day, I invite you to don the rose-tinted spectacles and watch footage of Mansell when he was at his finest – wearing a great big slug on his top lip.

He's such a legend!

He's such a legend!

Arguably one of the strongest 'taches of all time! if you're ever in Saint Brélade, Jersey you might just see him pottering about.

Not a modern pilot moaning in the radio.

You're severe with Prost.