BACK TO ALL OPINION BLOGS
Currently reading: Is 2020 the time for Citroen to shine in the WRC?
UP NEXT
Estate cars: In celebration of a dying breed of car

Andreas Mikkelsen will pilot the maligned C3 racer for private team Sainteloc, but could have an advantage
Share
Open gallery
Close
Share story

A bit later this month, the World Rally Championship finally gets under way in Italy with a new driver, a new team and the return of a famous manufacturer.

But it’s not exactly what you think. After being cast aside by Hyundai, Andreas Mikkelsen is back at the wheel of a Citroën C3 WRC for the first time since 2017. This time, however, the French car will be run by an equally French private team (Saintéloc) and its striking black-and-yellow livery will reflect Mikkelsen’s latest job: developing new WRC tyres for Pirelli, which will take over as sole tyre supplier from 2021 until at least the end of 2023.

As this is pretty much the only chance to regularly drive a World Rally Car for the foreseeable future, it’s a coveted opportunity – and there were several drivers knocking on the door to take it. But that’s not the only reason. Because the Norwegian will be the only driver to have consistent experience of developing and running the new tyres, it adds considerably to his marketability when looking for a full-time drive next year. He’s even got some of his own sponsorship money for the right opportunity, so this makes the 31-year-old a pretty appealing prospect for the future. He already has three rally wins and three third places in the championship behind him, so with the right equipment, he can undoubtedly get the job done. 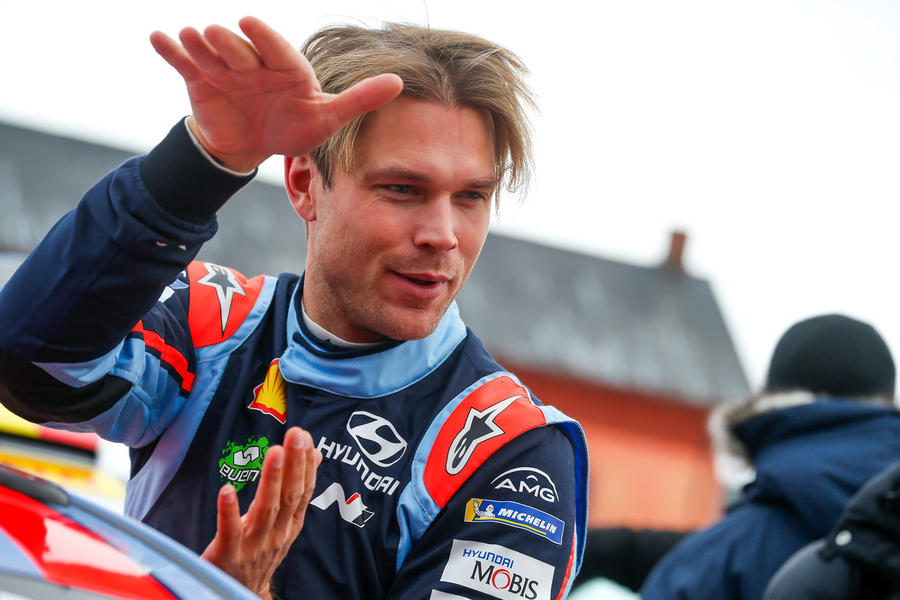 Whether or not the Citroën C3 WRC is the right equipment constitutes a moot point: it was largely unloved by most of its drivers, racking up just six hard-fought wins throughout three seasons of factory competition. But freed from the dogma of factory team engineers, World Rally Cars that were previously considered to be no-hopers can occasionally flourish in private hands, the Peugeot 307 WRC being a prime example. And the C3 should also be very much up to speed with Pirelli’s new tyres in 2021, before the regulations change drastically in 2022.

So is what we’re seeing now a warm-up to a triumphant privateer campaign with Citroën and Mikkelsen next year? It would be nice to think so, but the reality is instead a no-brainer. If you’re testing tyres for next year, it would be unfair to give any existing manufacturer or driver a clear advantage. So Citroën and Mikkelsen were clearly the obvious choice. Whether or not they choose to take advantage of the situation in future is entirely down to them…

Is the WRC suffering stage fright?