BACK TO ALL OPINION BLOGS
Currently reading: Racing lines: New 365bhp R1 racer leads Praga's UK return
UP NEXT
Opinion: Why the Festival of the Unexceptional is an annual highlight

Heavy-duty trucks, motorcycles, cars, tractors, boats, aeroplanes, tanks, redoubtable gearboxes and, in recent decades, market-leading karts. These have all been a part of the colourful patchwork that is Czech engineering all-rounder Praga, which is now forging ahead with an ambitious plan to stamp its mark on UK motorsport in 2021 and beyond. It may be a peripheral player in Western eyes but, on the evidence of the latest R1 single-seat sports racer that it launched this week, this is a company full of Eastern European promise.

Up to 13 examples of the R1 look set to race in the Britcar Endurance series this year, forming their own class in a wide-canvas branch of national motorsport that categorises entries based on power-to-weight performance rather than homologation.

That’s quite a statement for a company that only gained admittance to UK motorsport in 2019, with its all-carbonfibre, turbocharged R1 that claimed the overall Britcar title last year. The ambitious expansion is the next stage of a strategy that could lead to a one-make series for a car that exceeds GT3 performance and has the capacity to match LMP3 prototypes but is targeted as a user-friendly and fun tool for inexperienced amateurs and battle-hardened racers alike.

Coming in from the cold war

Founded way back in 1907, Praga was an automotive pioneer of significant clout, even if it’s now unknown or long-forgotten for most of us.

“It was the largest of around 50 car manufacturers in Czechoslovakia,” says Jan Martinek, R1 project leader and paid-up Praga acolyte. “If you had put Skoda and Tatra together, Praga would still have been larger. It also supplied parts such as crankshafts for Mercedes-Benz, because it had the technology. The 1930s was the golden age of Praga. It was huge.”

It had success in regional motorsport too, but its car production wings were clipped under post-war communist rule. “Its most famous product was the V3S go-anywhere truck,” says Martinek. “It was slow but is still in use in parts of the world today. You find them in India, Pakistan, Russia and Eastern Europe, plus South America was a big market.”

The return from state to private ownership after the Velvet Revolution in 1989 was tough as Praga struggled for footholds in the new capitalist landscape. However, its expertise in gearboxes, trucks and endurance motorcycles kept the flame burning – notably as an entrant on the Dakar Rally, as it was this month with its V4S truck. 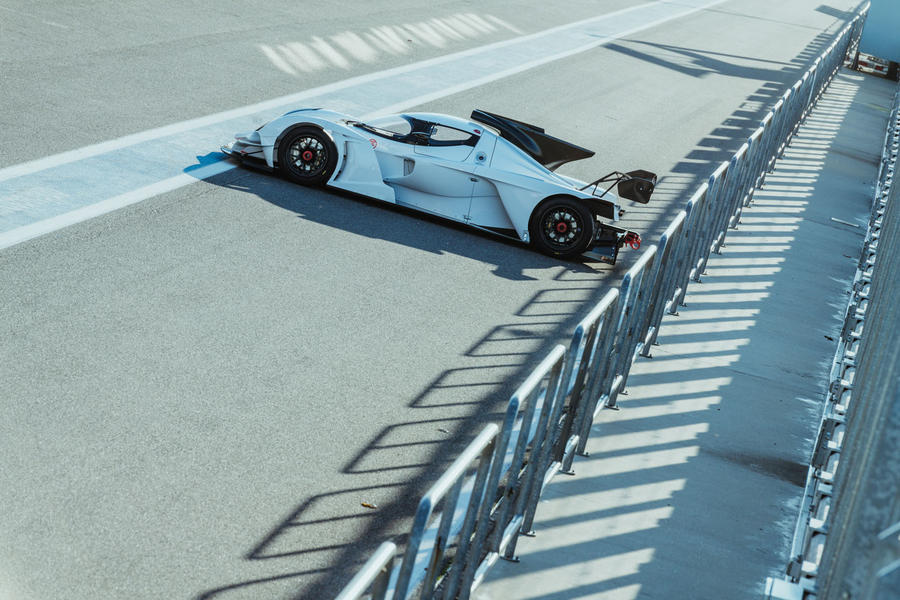 Martinek links Praga’s successful investment in karting to the revival in car production. “There were some very capable individuals working on kit cars in Slovakia, and Praga started from the ground up with these people,” he says. “The first product was the R4S, a sort of GT car that was very fast and aerodynamically efficient, but the Achilles’ heel was the Praga-developed engine. Reliability wasn’t great. Only a small run was made and the costs of engine development were substantial.

“But it was competitive. Beitske Visser [now a winner in the female-only W Series for Formula 3 cars] raced karts and won for Praga so was given a race debut in the R4S in the Dutch Supercar Challenge. She was 16 at the time, and she won first time out.”

The original R1 followed in 2013, intended initially as a means of transition for those stepping from karts into cars. Powered by the naturally aspirated 2.0-litre engine used in the popular Formula Renault single-seater category, it has since been heavily developed by Praga, resulting in the potent 365bhp turbocharged unit that propels the new R1. “This is its third evolution,” says Martinek, “and we’ve made progress with the power curve, its usability and reliability. It’s fine-tuned and great to drive.”

Beyond the engine development, “it’s basically a new car”, reckons Martinek of the 2021 evolution. Improved safety and aerodynamics are core themes, courtesy of a bolstered carbonfibre tub that includes LMP3-style Zylon panels plus computer- and wind tunnel-aided design refinements that weren’t available to Praga when the original R1 was conceived.

“It started as a fairly basic car eight years ago, and we’re still trying to keep it simple,” says Martinek, “but it’s much more sophisticated now. For example, the electronics are now fully programmable and the engine management means it feels normally aspirated.” 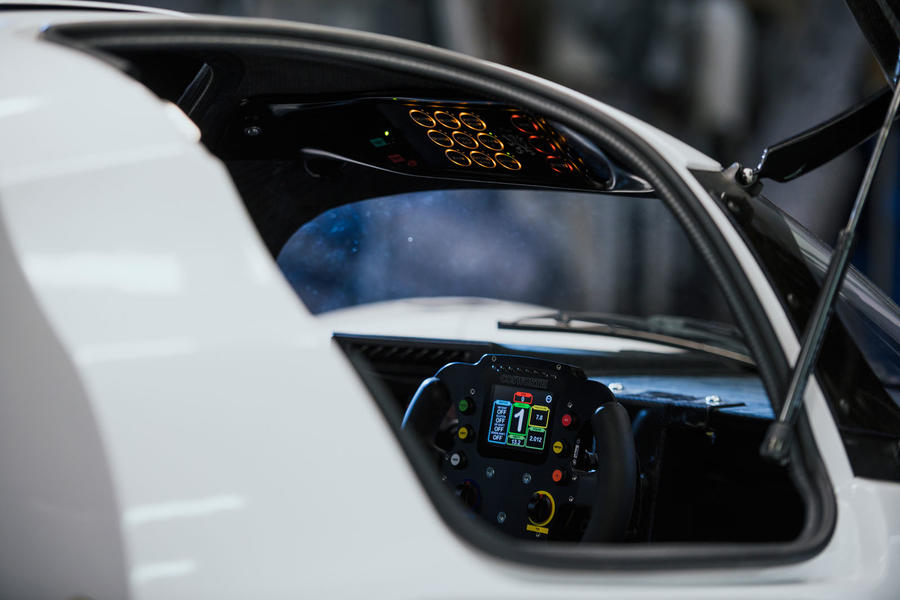 Praga’s headquarters are in Prague, the Czech capital, but the R1 is built in a factory near the Slovakia Ring, while the company has broken into the UK scene under managing director Mark Harrison and in partnership with Vincent Randall’s VR Motorsport.

Praga has pledged five factory-backed R1s to help towards the 13-car Britcar target, which Harrison sees as entirely achievable for a model that should come in under the €200,000 (£180,500) mark.

“Our problem at the moment is satisfying demand,” he says. “We could see a 20-car grid racing at the end of this year”, while Martinek is openly ambitious about that future stand-alone one-make series.

Harrison is coy on plans for a Praga road car, although a development R1R exists and a low-volume run seems logical. But what’s most refreshing is how such a company has placed motorsport at the centre of its ambition. Here’s a niche car maker armed with genuine, weighty heritage actively investing in racing to push its technological development and show what it’s made of.

That’s a pleasing throwback, much like the spirit that fuels Praga’s phoenix act, as this grand old company seeks a new golden era.

Racing Lines: Why GOAT discussions lead to plenty of bleating