BACK TO ALL NEWS
Currently reading: Racing Lines: BTCC finale will be luck of the draw
UP NEXT
2021 Kia Sportage: reinvented SUV priced from £26,745

To quote Murray Walker (not for the first time and certainly not for the last), anything can happen in grand prix racing, and it usually does.

The unrivalled voice of motorsport may have said that about Formula 1, but this classic Murrayism was, is and probably always will be more pertinent to the other arena that his ‘trousers on fire’ commentary is most associated with: the British Touring Car Championship. And it hits the nail smack on the head for the 2020 season finale, which will play out this weekend at Brands Hatch.

Colin Turkington is bidding to surpass the BTCC title record he shares with Andy Rouse by winning his fifth crown, and the BMW 3 Series ace holds a nine point lead over main rival Ash Sutton in his Infiniti Q50. Dan Cammish lies 16 points further back in his Honda Civic, with Toyota Corolla driver Tom Ingram another nine behind. But with 20 points available for a win and three intense races to be run, it’s all to play for.

As Turkington has been quick to point out, he was eight points down on Cammish heading into the final race this time last year yet emerged as champion when the Honda suffered a devastating brake failure with just two laps of the season to go. Hence my Murray plagiarism.

Who will get lucky?

Turkington is the most complete driver in today’s BTCC and one who would have shone in any era, including the Super Touring halcyon years of the 1990s. He’s also driving the best car and, at West Surrey Racing, with its factory BMW UK support, indubitably in the number-one team. But the beauty of the BTCC is just how competitive the series remains, thanks to cleverly devised technical regulations and success ballast that thwarts one team or driver dominating at every round. 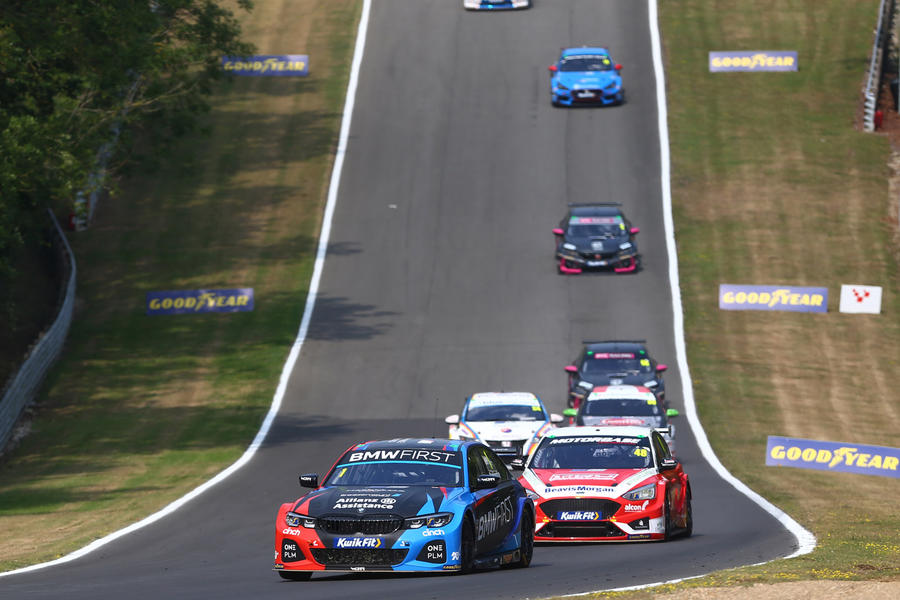 Sutton, champion in 2017, has bounced back to the sharp end this year in what is an unlikely contender, given Infiniti’s withdrawal from the European car market. The 26-year-old has won four races to Turkington’s five and led the standings until the previous rounds at Snetterton. But form yo-yos from week to week in the BTCC: Turkington uncharacteristically crashed out twice at Croft but then won a brace at the Norfolk circuit and finished third in the reversed-grid race to claim back a lead he had held earlier in the season. As was the case last year, luck is likely to be the defining factor that decides who will be crowned this Sunday.

As for Cammish, what a story it would be if he can prevail, following his heartbreak last season. No one would rule him out, least of all Turkington. The only thing missing, of course, will be the ever-enthusiastic crowds that have been kept away from the intense nine-weekend BTCC season since it belatedly began in August, due to the pandemic. Still, it’s a relief that the meeting will happen at all during the lockdown, and the excellent wall-to-wall ITV4 coverage will ensure that not a drop of drama is missed. To again paraphrase Murray (I shall have to start paying him at this rate), you will be able to cut the tension with a cricket stump.

If ever there were a sign that Formula 1 remains wedded to black gold, it’s the news that a night-race in Saudi Arabia has been added to the 2021 schedule, boosting the season (conditional on pandemic restrictions, of course) to 23 rounds.

A new street circuit in Jeddah will be used, while a permanent track in Qiddiya is proposed for the long-term. If you’ve watched F1 on TV recently, you can’t have missed the Aramco logos plastered everywhere, promoting the Saudi petrochemicals giant. As it has for the past 40 years and more, F1 is following the trail of oil – and dollar signs.

Formula E has already beaten F1 to Saudi Arabia, having raced on a street track in Diriyah for the past couple of years. There’s some heavy irony in an electric racing series that trades heavily on its green credentials travelling to one of the world’s wealthiest nations that’s powered largely by the fossil fuels mined from its deserts, but there you go.

Visiting Saudi Arabia also raises other uncomfortable questions. The first e-Prix was held just months after the death of journalist Jamal Khashoggi, a murder that has been linked directly to the state. Then again, motorsport – specifically F1 under Bernie Ecclestone’s former rule – has a brazen history when it comes to dealing with nations that have blemished records on human rights. Indeed, if F1 today suddenly developed a moral conscience (a stretch, I grant you), a swathe would be cut through its calendar. 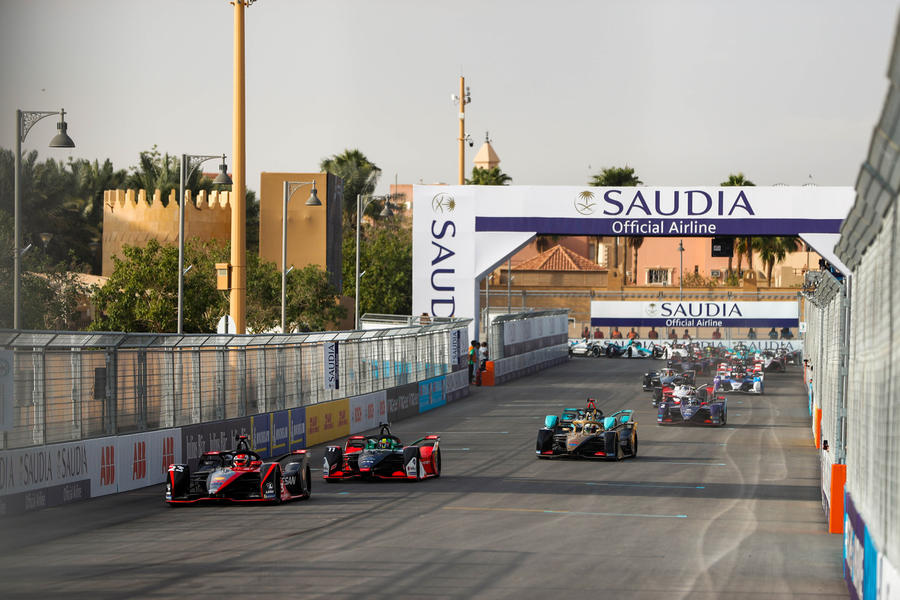 Anyway, sport and politics, they don’t mix – do they? So are we surprised about F1 hosting a grand prix in Saudi Arabia? Of course not. The only surprise is that it has taken this long. But are we disappointed? Yes. Not only because of the potential “sportswash”, as Amnesty International has put it, but also because, in the wake of an emergency season made up of traditional circuits either new to F1 or returning after long exiles, you would think F1 rights-holder Liberty Media might have learned something.

Racing at Mugello, Portimão, Imola and so on has been utterly refreshing this year, because they are what fans would label proper tracks – and the drivers have relished them. Instead, the Saudi deal represents a return to the old values of Ecclestone’s time, when the F1 calendar was shaped not around places with a racing heritage or large, enthusiastic fan bases but around which will pay the most for the ‘privilege’.

After a year in which F1 has made significant losses, just like millions of other businesses and individuals around the world, it’s no surprise that the lure of the riyal might have proved too good to resist. But such a deal can’t help but look a little grubby.

The Silverstone Experience: A tour of the F1 track's museum​