BACK TO ALL OPINION BLOGS
Currently reading: Why the DFV is the greatest racing engine of all time
UP NEXT
Matt Prior: Are posh French cars really hard done by in the UK?

Why the DFV is the greatest racing engine of all time

The greatest racing engine of all time. That's a bold claim maybe, but over the course of 16 years from its debut on 4 June 1967, the Ford Cosworth DFV won more than 150 grands prix and was instrumental in revolutionising the way Formula 1 cars were designed.

Astonishingly, the DFV was also the first racing engine that its creator, Keith Duckworth, had designed entirely from a clean sheet.

The block was cast aluminium with 'drop-in' cast-iron liners and the two cylinder banks were staggered to avoid the need for forked connecting rods. To keep the engine gas tight, with its 11:1 compression ratio, the cylinder heads were sealed to the block using Cooper mechanical joints – effectively gas-filled steel O-rings.

The four camshafts were gear-driven from the front of the engine, it had dry-sump lubrication and three oil pumps featured, two to scavenge oil from the sump and one to pressurise the oil to a high 85psi.

There were two water pumps and, mounted between the vee, a Lucas mechanical fuel-injection system with eight slide-throttle bodies topped by eight large-intake trumpets. The ignition system was originally a Lucas Opus (oscillating pick-up system) but was soon scrapped in favour of a capacitive discharge system manufactured by German firm Walter Scherag. 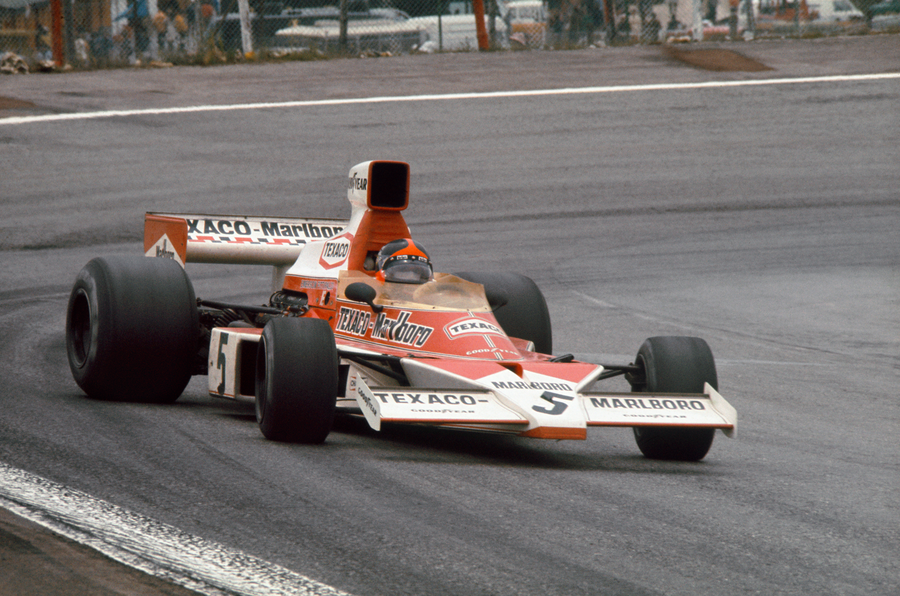 The first version produced 405bhp at 9000rpm and 245lb ft at 8500rpm, with the rev limit set at 9500rpm, but there was more to the DFV than its immense performance and spine-tingling soundtrack.

When Duckworth was commissioned to design the engine in 1966, he made some bold decisions. One of those, after discussions with Colin Chapman at Lotus, was to design the engine as a stressed member forming part of the chassis and supporting the rear transaxle gearbox. It would be constructed as a plug-and-play unit to avoid failures from ancillaries fitted by other parties.

The first car to run with a DFV and designed around it was the 1967 Lotus 49, designed by Maurice Phillippe. The 49 was based on a fully stressed monocoque aluminium tub, the sleek lines of which ended abruptly in a firewall immediately behind the driver. The DFV was bolted to the firewall and the engine and transmission were bolted directly to it, using just two plates to the cam covers and two bolts on the sump. 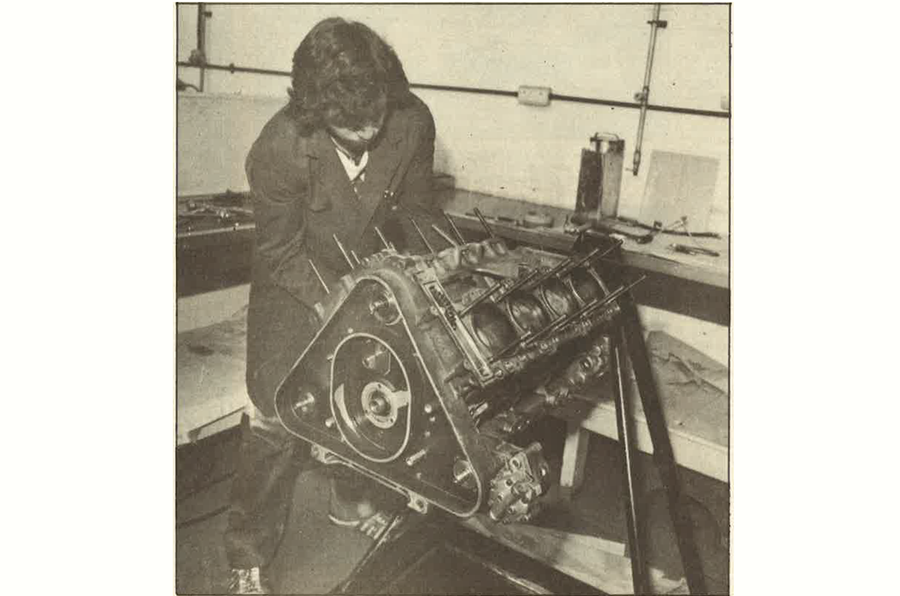 The DFV’s grand prix debut was no whitewash, due to teething problems, but it did win four races in its first F1 season. From then on, it continued to evolve at a pace.

A troublesome camshaft drive gear responsible for a number of early failures was cleverly redesigned. A low-pressure crankshaft allowing a reduction in oil pressure helped increase power and improve reliability in 1977. Slimline auxiliaries were introduced in 1980 to give the package a slimmer profile. Cast-iron liners were replaced with light alloy Nikasil-plated liners.

By the end of its career, the DFV F1 engine was producing 500bhp. There were many derivatives too. The Indycar DFX turbo unit developed 840bhp in 1975 and in the naturally aspirated short-stroke DFY version produced over 520bhp at 11,000rpm in 1983.

The DFV’s last F1 race came in 1985, and even in the early turbo years, it had remained competitive. In its heyday, it was used by the majority of teams, including Brabham, Ligier Lotus, March, Matra, McLaren, Shadow, Tyrell, Williams and Wolf.

It was and still is a remarkable design that stood the test of time, and it continues to this day in historic racing supported by some ace specialist engine-builders. Will there ever be another engine quite as ground-breaking? It's unlikely.

An enjoyable and enlightening article. I think the follow up (turbo) engine to was the subject of the Brilliant classic 1986 Equinox programme - Turbo - The Cosworth V6 Turbo for the 1986 F1 Season well worth watching for anyone who happens to be reading this article.

I think it probably is one of the greatest racing engines, given that it has powered so many cars in so many classes/formulae over the years.