BACK TO ALL OPINION BLOGS
Currently reading: Racing lines: Toyota sweeps Le Mans for the fifth time
UP NEXT
Matt Prior: Where have all the practical fast cars gone?

The sheer scale and sense of occasion can never be underestimated at the Le Mans 24 Hours, even in the years the race itself doesn’t quite live up to the hype.

The 2022 edition had its moments, combining the usual blend of emotional triumph for some and devastating heartbreak for others. But the bare truth is that Toyota Gazoo Racing was figuratively in a class of its own as the Japanese manufacturer logged a straightforward fifth consecutive victory.

Even the much-vaunted LMP2 class fell short of providing the expected scrap, the British Jota team dominating almost from the start as rivals found their races unravelling.

The last appearance for the GTE Pro category featuring works teams from Corvette (Chevrolet), Ferrari and Porsche was the closest contested battle, as it so often is.

As the GT category begins its transition towards a GT3-based formula, just GTE Am, featuring privateer teams and its mix of professional and amateur drivers, will run next year.

Kudos to Porsche, then, for claiming the final GTE Pro honours, while Sussex-based TF Sport added a second GTE Am win in three years for the Aston Martin Vantage with an unblemished run.

That’s the key to success at Le Mans, as it always has been. Such is the competition in every category these days, any delay or time spent in the garage will likely ruin a team’s fortunes.

Credit due to Toyota

Who has Toyota beaten to score its five wins? It’s a legitimate question, given the dearth of manufacturer rivals it has faced in the top class in this era – but it’s also a harsh one. It’s not Toyota’s fault that Porsche and Audi withdrew from the previous eye-wateringly expensive high-tech LMP1 category, while Cologne-based Toyota Gazoo Racing deserves credit and respect for its commitment to the new Hypercar class rather than cynicism.

Let’s face it, without the Toyota GR010 Hybrid, the much-vaunted new era would have whimpered into sorry life, given that Jim Glickenhaus's boutique car maker has been the only other entrant, beyond a tuned-down LMP1 from Alpine.

Toyota has earned the right to reap its rewards and has done so with a professionalism that carries echoes of Audi’s dominance in the 2000s, when too often the German giant also lacked true opposition. 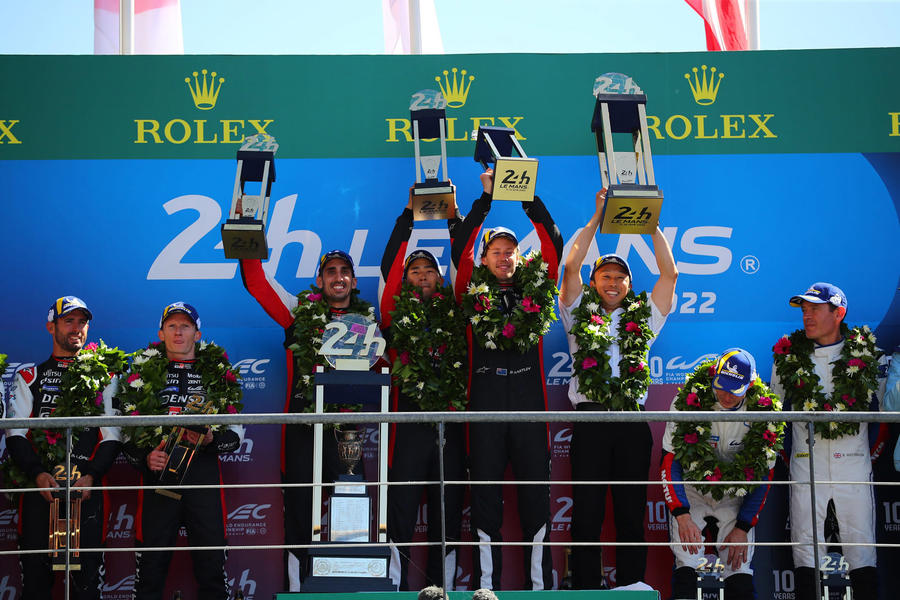 There was nothing between the two Toyotas this year, which ran as a train from the Saturday afternoon start and into the night, swapping the lead between them. What made the difference for the #7 car that won last year was its only major glitch, approaching the 16th hour mark, when José María Lopéz was forced to stop on track and complete a full power cycle of its front hybrid system. The car recovered to finish on the same lap as its #8 sister, just over two minutes down.

The result takes ex-Formula 1 driver Sébastien Buemi to a fine tally of four Le Mans wins and Kiwi Brendon Hartley to three (one of which was achieved with Porsche), while their new team-mate Ryo Hirakawa became the fifth Japanese to claim a victory at the 24 Hours.

So will Toyota add a sixth victory next year in the 100th-anniversary race, as the Hypercar era really kicks in with the arrival of factory assaults from Cadillac, Ferrari, Peugeot, Porsche and more? Well, new challengers rarely win first time out and the well-matured Toyota programme has set a daunting benchmark. It will take some beating. And given the rising stakes and the big anniversary, the sixth would surely mean the most. 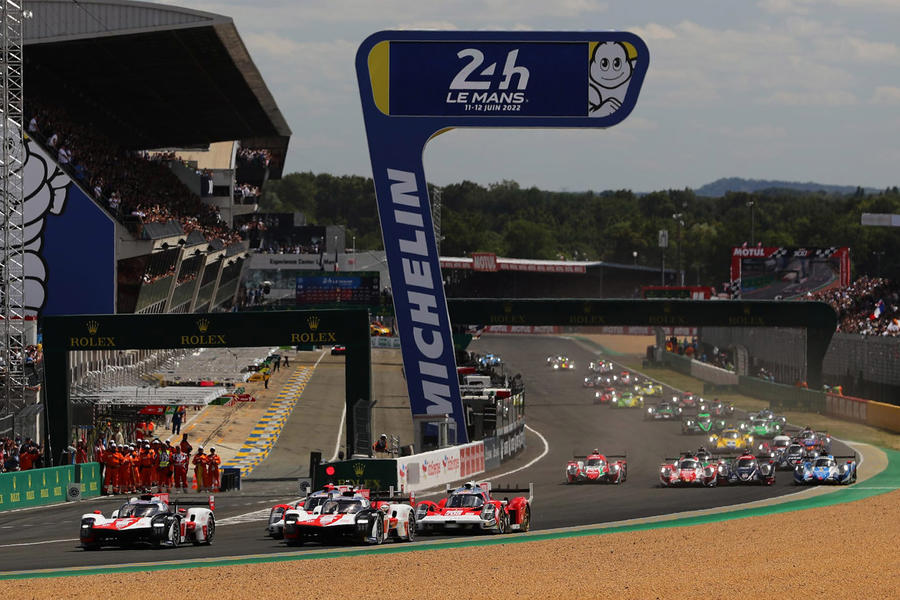 It was hoped a favourable Balance of Performance would allow the two Glickenhaus 007 LMHs to challenge the Toyotas, but in the end the American cars didn’t have the pace to live with the GR010s. Still, a three-four finish remains a remarkable and noteworthy achievement for a team that wasn’t taken entirely seriously by many when Jim Glickenhaus first pitched to win Le Mans with his own car.

The #709 entry that finished on the podium (and which included Briton Richard Westbrook among its drivers) ran largely trouble-free to finish five laps down on the winning Toyota. A damaging spin and misfire delayed the #708, but given how much can go wrong at Le Mans – as anyone from the troubled Alpine campaign can tell you – the lack of troubles for Glickenhaus spells great encouragement for the team’s future.

Even when all the big car brands arrive next year, the already proven 007 will remain a contender, and no one is laughing at Glickenhaus now. 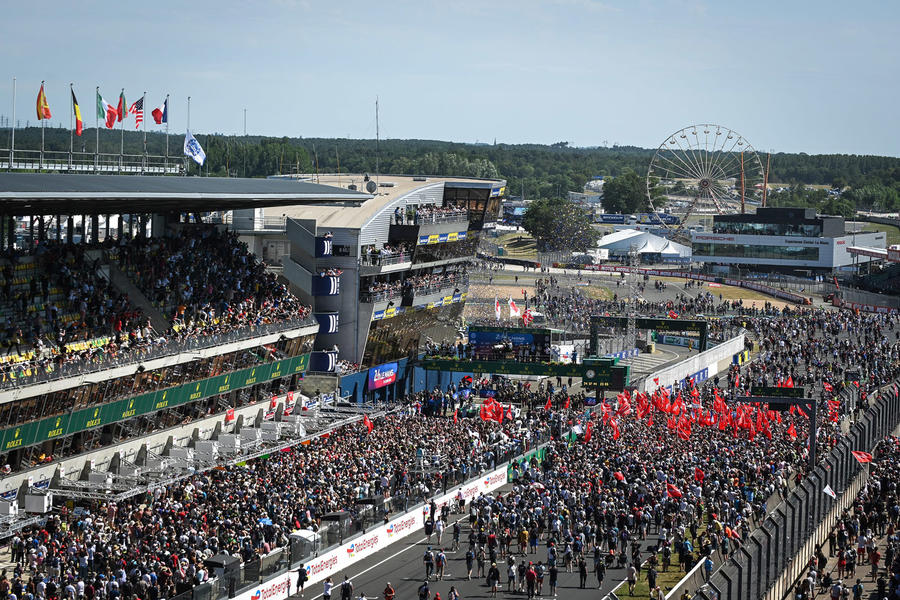 There were plenty of stories of disappointment at Le Mans, as there always are. LMP2 pacesetter René Rast pushing Will Owen’s United Autosports Oreca into the gravel at the start was gobsmacking and effectively ruled both out for the win. The other United entry, helmed by Oliver Jarvis, Alex Lynn and the youngest ever Le Mans starter, 16-year-old American Josh Pierson, was also out of luck early on when a delaminating tyre and then a couple of penalties for infringements left it playing catch-up.

High potential and expectation can be swept away so easily and quickly, and surely the most heart-breaking example was how Corvette’s strong chances of bowing out from GTE Pro with a victory was lost through someone else’s ineptitude. Moments after the #63 'Vette had officially retired, the #64 driven by Brit Alexander Sims was battling a Ferrari for the class lead on the Mulsanne when popular amateur François Perrodo jinked left, tagged the American car and sent it smashing into the barrier.

Perrodo was distraught at his mistake and made his way quickly to the Corvette pit, where his sombre apologies were met with grace and appreciation. Great to see – but it was still a bitter pill for a team that has brought so much to Le Mans in the past two decades. That’s Le Mans for you.

More passes than two seasons of F1 in one Lap!?