BACK TO ALL OPINION BLOGS
Currently reading: Racing lines: orders must be followed, as Formula E reminds us
UP NEXT
Matt Prior: Bring back the beach buggy

Racing lines: orders must be followed, as Formula E reminds us

They don’t like them, but every top racer knows this is a team game
Open gallery
Close

His face said it all. Porsche had just claimed its long-awaited first Formula E race win with an emphatic one-two in Mexico – but André Lotterer couldn’t hide his disappointment that he wasn’t the driver to deliver it. Instead, dreaded team orders had come into play.

It was a call that every racer hates to hear, dictating that he should hold station behind his team-mate (Pascal Wehrlein) and accept second place. The result secured, Porsche celebrations erupted, but Lotterer was struggling to break a smile.

Yet at the same time, he understood why it happened. At 40, the three-time Audi Le Mans 24 Hours winner is also one of the most experienced single-seater racers of the modern age after his many years racing in Japan’s Super Formula (what used to be Formula Nippon). He has spent more than a decade racing as a works driver, first for Audi and now for Porsche. He knows how motorsport works at this level and what was at stake for his team.

Porsche has been in the electric single-seater series since 2019 yet, in painful contrast to Mercedes-EQ, which won both drivers’ and team’s titles last year, had somehow contrived to not even win a race. Very out of character. No wonder there were nerves in Mexico during the closing stages as Wehrlein and Lotterer raced in formation to the finish.

Lotterer had saved more energy than his team-mate, who had started from pole position, and therefore had more performance on tap. But the risk of a collision, of committing the cardinal motorsport sin – taking out your team-mate – was simply too high. The call was inevitable and actually the only sensible choice for Porsche.

Yes, we all hate team orders. Of course we do. But there’s a tricky contradiction at the heart of motorsport that sometimes makes them unavoidable. On the one hand, it’s an individual sport for driven, narcissistic characters who are always hungry for wins. On the other hand, they rely completely on a team, without which they would have nothing. It goes against instinct, but selfish mavericks who put themselves first, ignoring the greater good, don’t last long at the top level.

Sometimes you just have to swallow the bitter pill, and Lotterer knew that.

How Lotterer did so was a reminder of just what a class act he is. Sure, he has earned a niggling reputation in Formula E for triggering collisions too often, but as a character, he remains one of the best: a devil-may-care throwback and a proper petrolhead, too (yes, despite racing an EV!). One of the best sports car drivers of his era, Lotterer combines a still-youthful fire for competition with a deep understanding of how the wheels turn, as his words reflected in the immediate aftermath of his enforced capitulation.

“Congratulations to the team and Pascal. It’s a fantastic result,” he said (without his usual spark). “I was up on energy and for sure would have had a good opportunity to take the lead. But we worked as a team and the strategy played out very well. If I would have started in front of him, it would have been the same story but the other way around. From the team perspective, it was the right call. We played it cool and really showed a strong performance together. It’s tough, but it’s the sport. I should have qualified better.”

Not the same as by Ferrari

There was a time when Formula 1 banned team orders in the wake of blatant Ferrari favouritism towards Michael Schumacher. We all knew what the ‘other’ driver faced at Maranello, but it was how Ferrari called its shots that hurt, most famously at the 2002 Austrian Grand Prix, when Rubens Barrichello didn’t give up victory until the run to the finish line. It seemed to rub the fans’ noses in the contrivance, and the boos that day as the drivers stood on the podium shamed F1 into action. 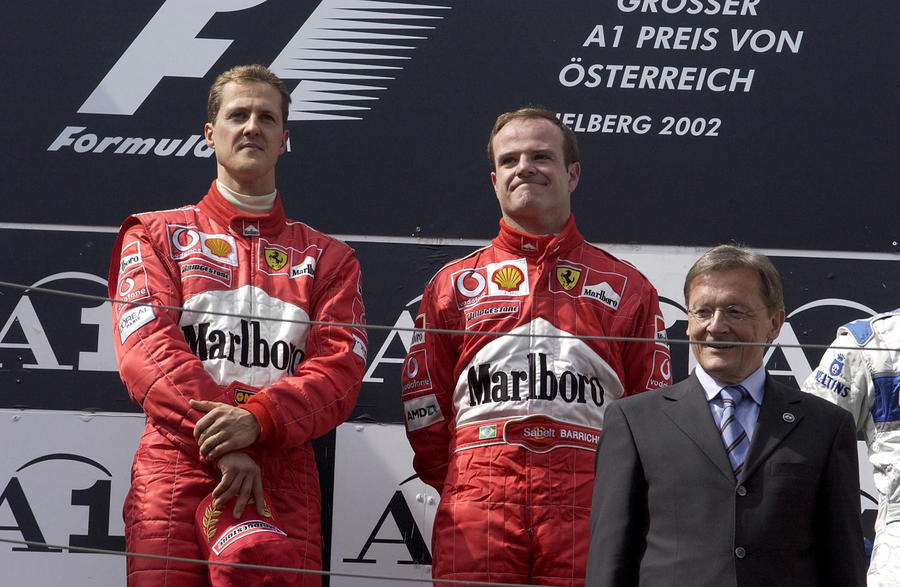 Yet there’s good reason why the ban that followed was eventually lifted. It was hard to police and denied the simple reality that team interests sometimes have to outweigh those of the individual, especially if a championship is on the line.

Teams slyly found ways to implement them through code, too: “Felipe, Fernando [Alonso] is faster than you” from the 2010 German GP, again from none-too-subtle Ferrari. It was laughable and hung around the neck of poor old Massa forever after.

Porsche’s example this time, at only the third race of the season, was unfortunate but far less troubling. The team and Formula E was all too aware of the toxicity likely to be released, which is perhaps why all we heard on the broadcast was a message to Wehrlein: “Just focus on pace. Don’t worry about the car behind.” The ex-F1 racer would have understood what that meant.

But there’s an important differentiator to the old Ferrari example: one driver wasn’t being asked to allow the other behind to pass. That’s what was really hard to swallow. Here, Wehrlein had led the race from pole, dropped a couple of places, then worked his way back to the front on merit. He had earned first and, as Lotterer admitted, claimed his crucial advantage in qualifying.

That’s why he sucked it up, kept his composure and said the right thing. Lotterer loves racing in Formula E. He has also admitted to a burning ambition to win Le Mans for a fourth time with Porsche, a car maker he has genuinely loved since his dad prepared and raced 911s in his youth.

Had he broken protocol, he would have risked not only his employment but also that dream that he isn’t yet ready to relinquish into his forties. His day in Formula E is likely to come, as he keeps one eye firmly trained on the long game. 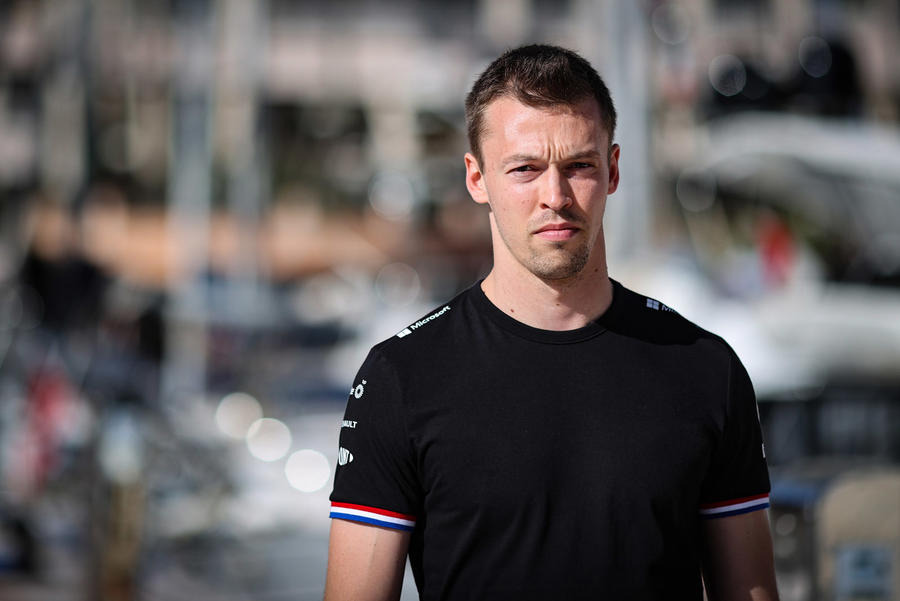 The Russian was a decent Formula 1 driver but lost his AlphaTauri drive at the end of 2020. Now he’s set for a new lease of life in the World Endurance Championship, having signed for leading LMP2-class runner G-Drive. 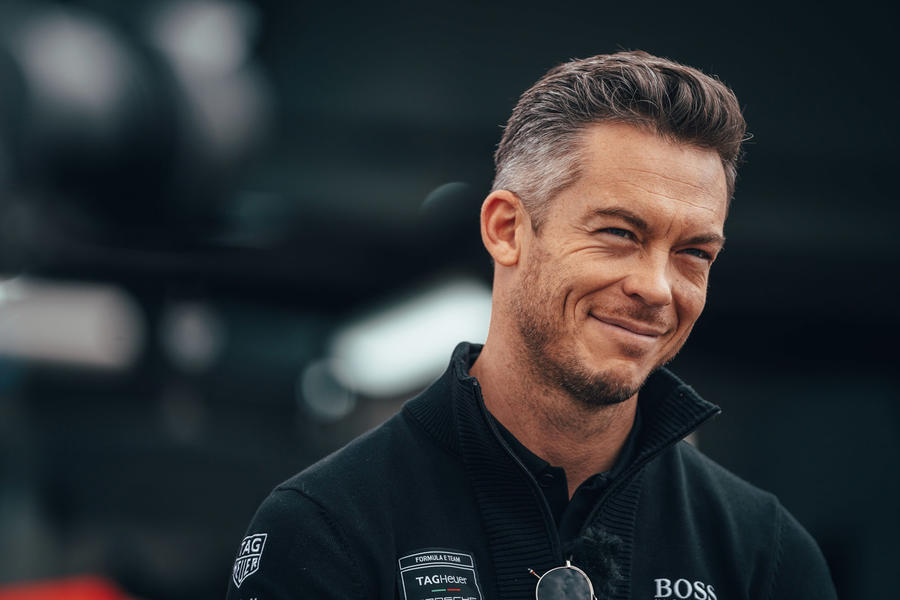 The contrite WRC ace headed to Cumbria to help M-Sport’s mechanics build a new Ford Puma Rally1 in time for Rally Sweden this weekend after destroying his original car on the Monte Carlo Rally, when he hit a mountainside and catapulted down a ravine.