BACK TO ALL OPINION BLOGS
Currently reading: Why the Mercedes A-Class' success has only just begun
UP NEXT
Opinion: The Monza Rally is Rossi's to win if he can find a team

Why the Mercedes A-Class' success has only just begun

When you consider that the premium, compact A-Class sold more than all Jaguars in the UK last year, despite being on runout, it's a good sign
Share
Close
Share story

It is a fact that more Mercedes A-Classes were sold in the UK last year than Jaguars.

Just pause and reflect on that for a moment, and layer it with the facts that the A-Class was at time Britain’s fourth best-selling car (behind the ubiquitous Ford Fiesta, Volkswagen Golf and Nissan Qashqai) and that Mercedes was also the fourth largest car maker by sales.

Opinion: the new A-Class is progress, of sorts

And then, just to blow your mind, ponder the fact that the A-Class was in its runout year. Good for discounts, of course, but not usually good for sales as fashion conscious buyers look for the next new thing. And in the arena of small hatches, there’s always a next new thing for the typically younger-than-average buyers in the segment.

In Europe, A-Class sales ended the year 1% up, in the PCP-driven UK 6% up. Add in the related CLA and you have a its comes close to leading the premium sector even at the end of its life - both variants sold 311,000 units, pipped by the Audi A3 hatch and saloon (316,000 units) and far ahead of the BMW 1-Series and 2-Series (275,000 units - but with the fastest growth of the three), according to statistics from industry analysts JATO.

Can there be too much of a good thing? I asked Merc boss Dieter Zetsche as much ahead of today’s all-new A-Class reveal, and he replied with some candour and a lot of humour.

“We sell 2.4m cars a year - 2.5m if you include Smart. That sounds a lot, but it is only 2.5% of the market - at that point I think we can still describe ourselves as exclusive,” said Zetsche.

“But then you look at sales in Germany, where we are around 10% of the market. Perhaps that’s not so exclusive anymore, but I don’t think our brand image is changed by that fact. My view is that we are within the bandwidth of what’s acceptable without damaging our exclusive or premium status.

"I remember when we launched Maybach all those years ago, and all the owners told us to just use the Maybach name to preserve the exclusivity. Well, they were right - at the peak we sold 600 cars a year. Then with the new generation we added the Maybach name to the Mercedes S-Class and we sell 500 cars a month, every month in China. If that has come at the price of exclusivity, I can live with that.”

Zetsche may have to live with it for a while longer, too. The new A-Class is arriving bang-on-time, with the competitor set ageing and the premium SUV market looking slightly stale, such are the are of the models there. It’s worth noting too that - despite the sales figures - the outgoing A-Class wasn’t the sharpest tool in the box, nor the most comfortable or practical.

If the new one is a significant step forward, the potential for increased sales and stronger-still used residuals (which can further drive PCP payments down) are very real. Mercedes may have posted huge growth in recent years, but you have to suspect the good news has only just begun.

Opinion: the new A-Class is progress, of sorts

Mercedes is considering fuel economy and emissions bands for cars 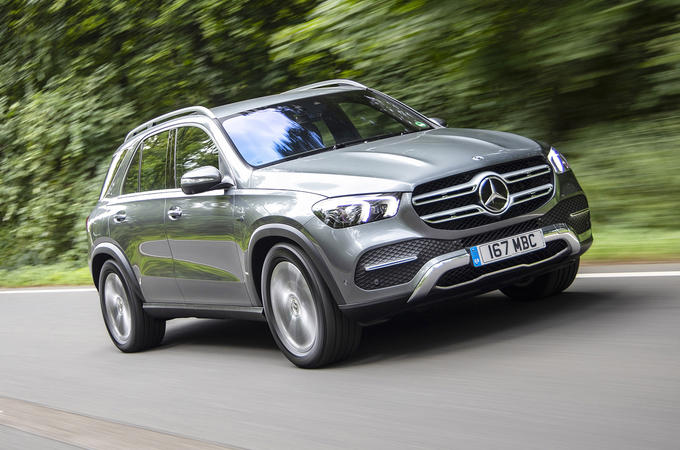 I'm sure the monkeys will be

2 February 2018
I'm sure the monkeys will be pleased it was all worthwhile.

funny that the story has run quiet eh?

The last time I read your

The last time I read your reviews I seem to think you thought the ride was really crap? Apparently that matter less to many people than the right badge.

@Apprentice. It's not just

4 February 2018
@Apprentice. It's not just the badge. Compare the current A-Class on looks alone, and tell me which is the most desirable from the BMW 1 Series, the VW Golf and the Audi A3?

The Merc looks and feels the most desirable. If the new model addresses the ride and space issues, it will be job done, because yet again it's the best looking hatchback in the Golf class. And I would buy a higher end model than say a E-Pace which is a joke, and in my view Jag's first misstep in a decade.

The father in law test drove an A Class and referred to it as a 'No Class'. I think it's definitely one for the younger market where the badge and Instagramability is more important than anything else. Starbucks anyone?

You're right of course...

But is it too much to ask to have style AND cleverness?

This is such a boring car.  Not convinced it is stylish either - the interior just looks blinged up and the outside could be anything if you took the three pointed star off the disproportionately gaping mouth.

It'll sell bucket loads.   I am an old fart.  As you rightly surmise I want to go back to the era of clever quality engineering.  The windscreen wiper on a Merc 190 is cooler than anything in this car.

Luckily there is something for those that pine for the old solid Mercs.  And it probably has a Skoda badge on it.  Who'd have predicted that?

Remember the 190 was a classy small Merc? It looked like a small S class, a classy 3 series alternative. Built like a tank too, as they were in those days.

Now they are selling a small hatchback with a Renault engine.

We have owned two first gen C-Class. One C180, bought from new and kept for almost 20 years. One C200 automatic, bought fifth hand and some 260,000 km still ran like a clock. That was real quality to me.

I have not had that "built to last" feeling ever since, through a plethora of Alfa Romeo, Toyota, Renault, Peugeot, Volvo, VW, couple of other Mercedes (admittedly the VW came closest), until I bought my current car.

I now drive a 3rd gen Kia Sportage. Heavy, relatively simple, drinks fuel like a bucket with a hole in it, but you can really feel the sturdiness.

10 February 2018
I found free askLocation cell phone offline locator app which can track location of your hidden cell phone in the car even if car is in underground garage. GPS track device can be found easily but this app uses GSM service for location data, very good...and not battery draining...