I’ll be the one to take the obvious ‘Porsche sports car gong’. Truth be told, though, cars like this 718 Cayman GTS 4.0 don’t come along that often. It feels honest and true, like the engineers were simply focused on making the best car, rather than chasing a headline figure or a marketing drive mode.

It’s peak sports car territory. One word to sum it up? ‘Balance’. Everything seems to be in harmony, with not too much of one thing and not too little of another.

There’s enough power to be exciting, but not so much that you feel you’ve got to tear the wheels off the thing to actually be excited. Honestly, whoever drove a 395bhp car and thought 'what this thing needs is another 300bhp'? The headline sprint is 4.5sec and that’s quite enough for me.

There are enough gadgets that you’ll get where you need to be with ease but not so many that you’re constantly bombarded with bongs telling you off. Some cars feel like a stint on the naughty step, with all their instructions and diktats, but not the Cayman. It’s ready to go as soon as you jump in it - no need to scroll through menus turning off things like lane guidance. 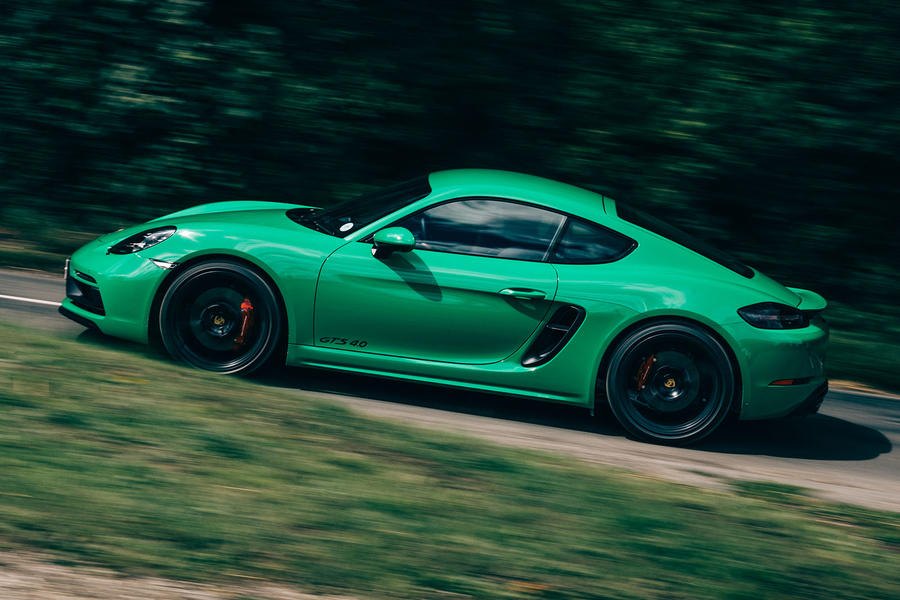 The naturally aspired, flat six rewards with a sharp throttle response and a lovely soundtrack as the boxer rasp peaks and troughs through the rev range. But it’s equally as content to sit on the motorway, subdued and waiting, ready for when you get somewhere interesting.

And when you do, the Cayman is brilliantly able to deliver. Tweak your right foot and the engine revs will match it exactly. Flex your wrists, shift the steering by an inch and the car will track faithfully. There’s a six-speed manual for extra interactivity.

Happy car, happy driver: it feels like we’re at the zenith of sports cars.

Wouldn't it be nice t9 put our differences aside, and think of all the time and hard work has gone into giving us a Magazine to read, or online, where we get to have say on the articles, so, why not wish all who work on Autocar a happy new Year?, well, seeing as nobody wished them a Merry Christmas.

Just drive one BlahBlah43, and then you will see what Piers Ward means. I don't work for Autocar, and I have never liked Porsches or the brand. I was given the opportunity to drive a Cayman last week, and before I had even left the car park, and in spite of my prejudices against it, it was obvious that it is such a driver's car. It's silly things like the weight of the controls and the modulation of the brakes.

BlahBlah43 20 December 2020
Nice that you reward Porsche for putting the wrong gearing in there car. Porsche really wins as they took away the NA flat six from the Cayman only to return it for more money and be praised for bringing back the engine they killed off. Porsche does no wrong
View all comments (5)