BACK TO ALL OPINION BLOGS
Currently reading: Inside the industry: why the Ford Transit is Britain's best seller
UP NEXT
Opinion: BTCC is the easiest way to see Britain's best driving talents

Inside the industry: why the Ford Transit is Britain's best seller

Britain’s best-seller in 2021? No, not the Vauxhall Corsa: that’s merely the best-selling car. Somewhat amazingly, it’s the Ford Transit Custom, which tells you a lot about where the Blue Oval has prioritised its limited chip supply and the relative health of the van industry in the pandemic.

The final numbers are yet to be counted, but the Transit Custom is up an unassailable 25% or so on the Corsa.

It’s worth noting too that, were car and van sales merged, the Ford Transit would be vying with (and leading) the Mercedes A-Class and Volkswagen's Volkswagen Polo and Volkswagen Golf for third overall.

The success of Ford’s van division in this most trying of years is truly something to behold.

Maybe that shouldn’t be surprising: some years ago, someone at Ford anecdotally and with tongue only slightly in cheek rued that the only vehicles that made firm any profit in Europe were SUVs and vans, hence their prioritisation as soon as chip supply started to get shaky.

In the crudest of terms, a van sells for the price of a car yet is much cheaper to make, thanks largely to its simpler body structure and a rear largely devoid of content, so focusing on their production lines was a no-brainer.

Just how healthy the van market is was underlined by last month’s registration figures. They were once again at a record-breaking level for the month, up 11.4% on the five-year rolling average pre-pandemic, taking the overall figure to the cusp of the years before anyone outside of the medical profession had ever discussed Covid-19. 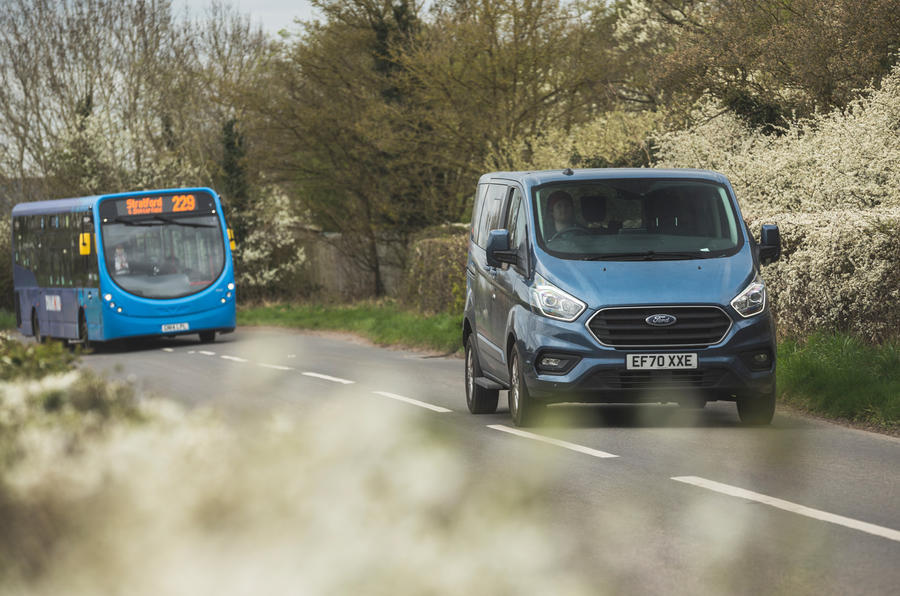 Despite the ongoing chip crisis, all the indications are that the market will eclipse pre-pandemic levels in 2022, completing a bounceback at least 12 months earlier than any analyst is predicting for the car market.

How so? The booming gig and home-delivery market is the obvious answer, but it’s also notable that the construction industry is getting back on its feet and that business investment as a whole is growing again.

It’s notable too that electric vans are starting to make a mark, with chunky orders being placed by large corporations with sustainability goals and net-zero targets to hit. While the car market is currently far ahead in terms of its proportion of electrified registrations, many expect electrified vans’ growth curve to be much sharper.

Depending on how long the chip crisis lasts into next year, it might never happen again but, make no mistake, the fact that a van is the UK’s best-selling vehicle is neither a coincidence nor merely a symptom of a bumpy car market. For many, and most notably Ford, van sales have never been so important.

And yet Transits don't appear to be the most common can in the road. Couriers such as DPD all seem to run Mercedes or Stellantis Sevel platform vans (Peugeot Boxer, Citroen Relay, Fiat Ducatto) that also seem to underpin every motor home

Yes van sales are booming, but unfortunately the fog of diesel exhaust fumes and the racket of clattering antique engines are the unfortunate by-products.  How many of us are being poisoned by our own parcel deliveries? Clean and quiet electric vans can't come soon enough.  Hopefully the masively lower running costs and greater reliability will encourage van fleets to make the switch to electric soon.

I get paid more than $90 to $100 per hour for working online. I heard about this job 3 months ago and after joining this I have earned easily $10k from this without having online working skills . Simply give it a shot on